Zwifters who enjoy short, explosive efforts can test their legs and try to earn a sprinter’s jersey. The man and woman with the fastest current times for certain Zwift sprints wear this brightly-colored (usually green) kit.

There are several timed segments on Zwift, and many reward the leader with a special temporary jersey. To find the start of a segment, look for a glowing dashed line on the road. The endpoint will be marked by an arch or banner, which also appears in the mini-map at the top right of your screen. As you approach, a leaderboard appears on the left, rotating through others’ current times and your personal records (PRs) from the past 30 days. 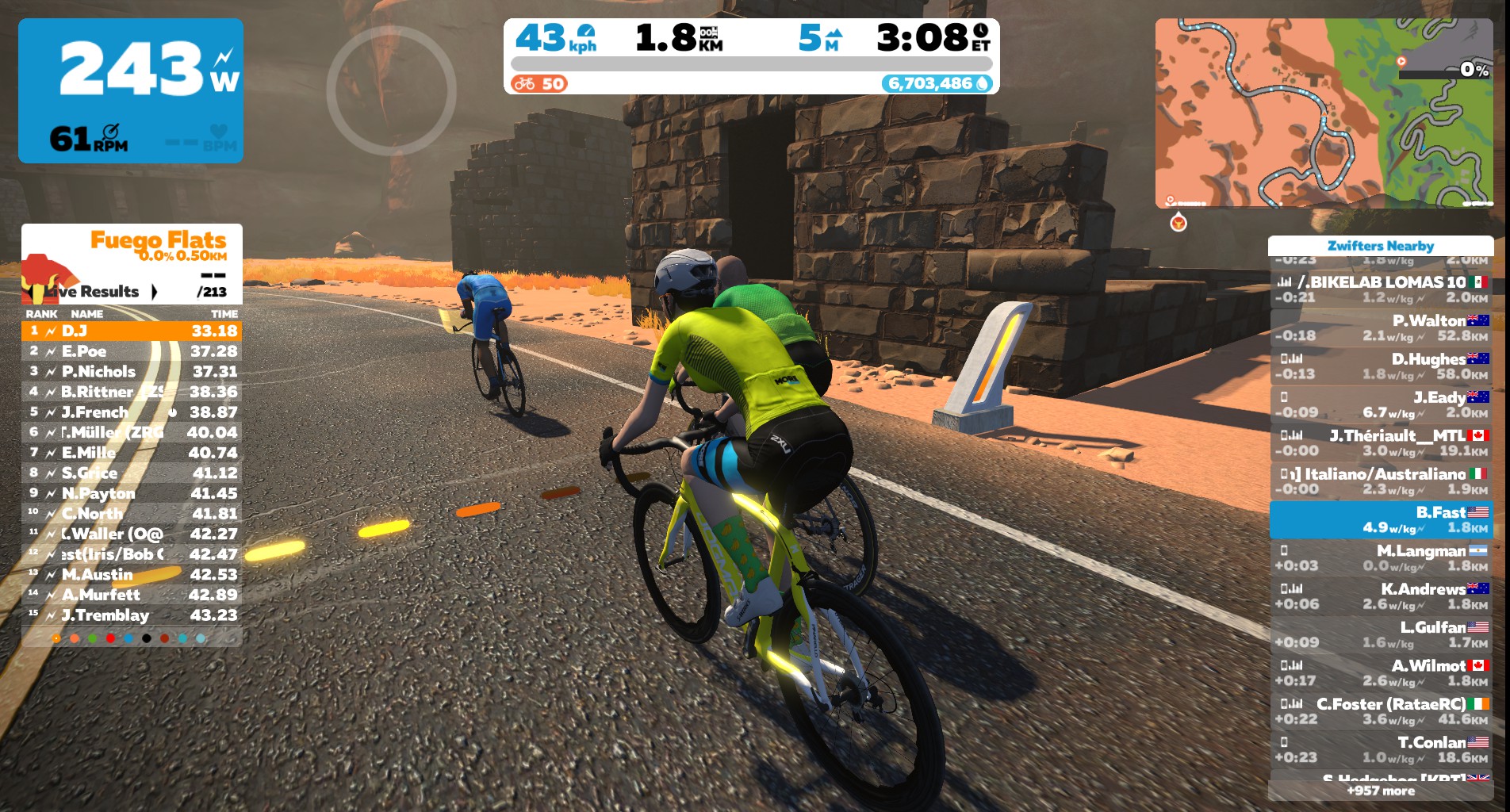 When you are close to the finish, a window at the top of the screen shows your time so far, the time of the next person on the leaderboard, the distance left to go, your estimated time of arrival (ETA), and your 30-day PR.

If you nab the top spot, hooray! Zwift celebrates your achievement by rewarding you with the leader’s jersey on your avatar. Your time will stay on the leaderboard for an hour. You will keep the jersey until that hour is up, someone else clocks a faster time, or you log out of Zwift for the hour. There are three types of segments on Zwift — climbs, sprints, and laps — where you can try to claim the throne or beat your own best time.

Sprint for the Crown

Each Zwift world has one sprint with a leader’s jersey award. Sprint jerseys are awarded separately in each direction except in Richmond. Jerseys are always separated by gender.

To get the most chances in the least amount of time, try these five routes:

The Broad Street sprint in Richmond is also timed, but does not award a leaders’ kit.

Want to achieve the best time? When you see a sprint segment approaching, begin ramping up your speed. You can ride at a high speed with less effort if you are drafting — following closely behind — another rider or a group. A few seconds before you hit the start line, give it everything you’ve got! 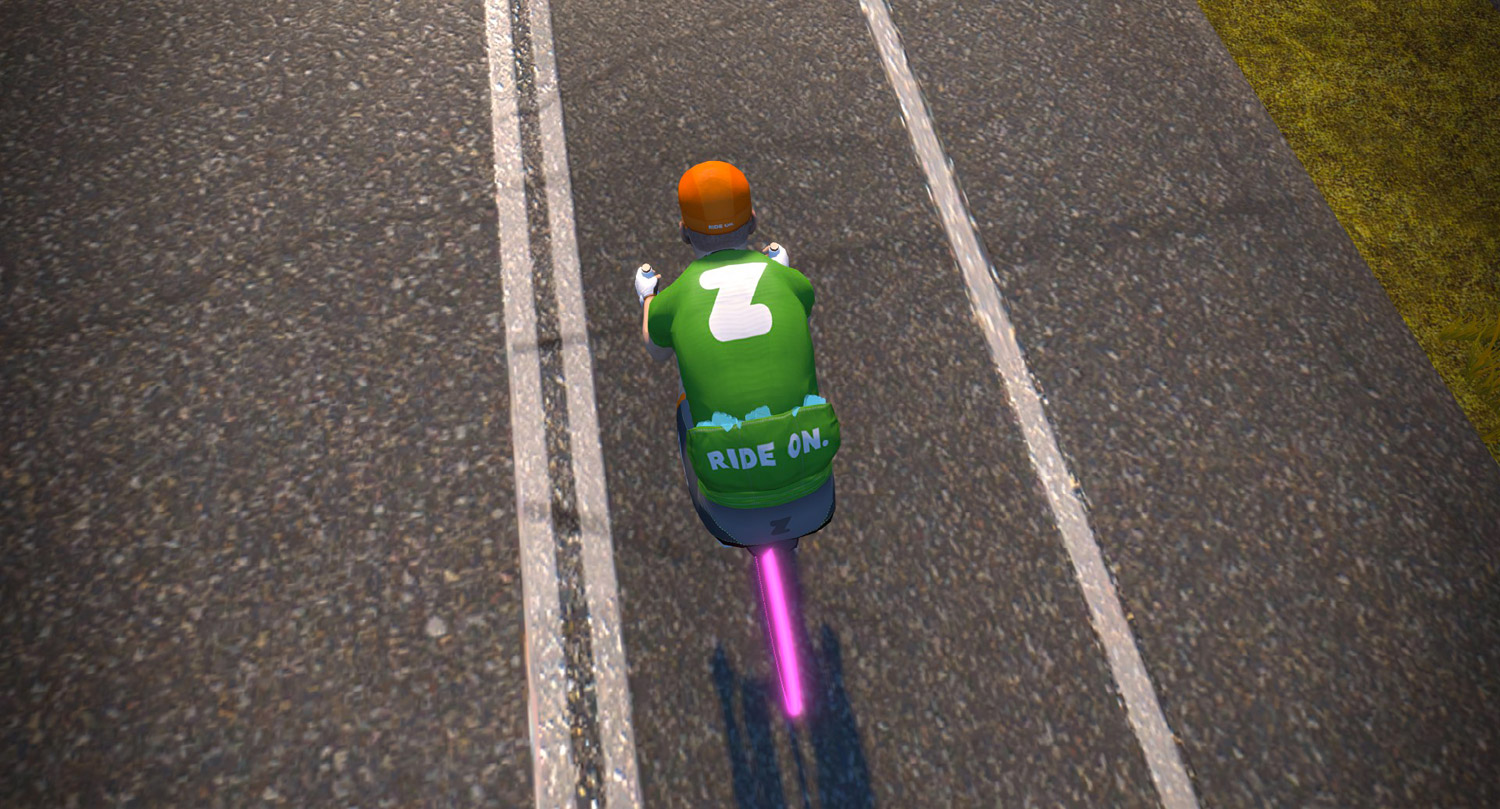 Racer to Racer: Mary Wilkinson over 3 years ago