Zwift How-to: Use the Draft to Your Advantage

There’s a trick for going faster for less effort on a bike! It’s called “drafting,” and anyone can do it on Zwift when there are other riders around. When you draft someone, you’re riding in their slipstream. They block the flow of the wind, lowering the air resistance that slows you down.

The draft effect gets bigger in a group. On Zwift, you’ll save even more energy when you’re in a group of four or more riders. 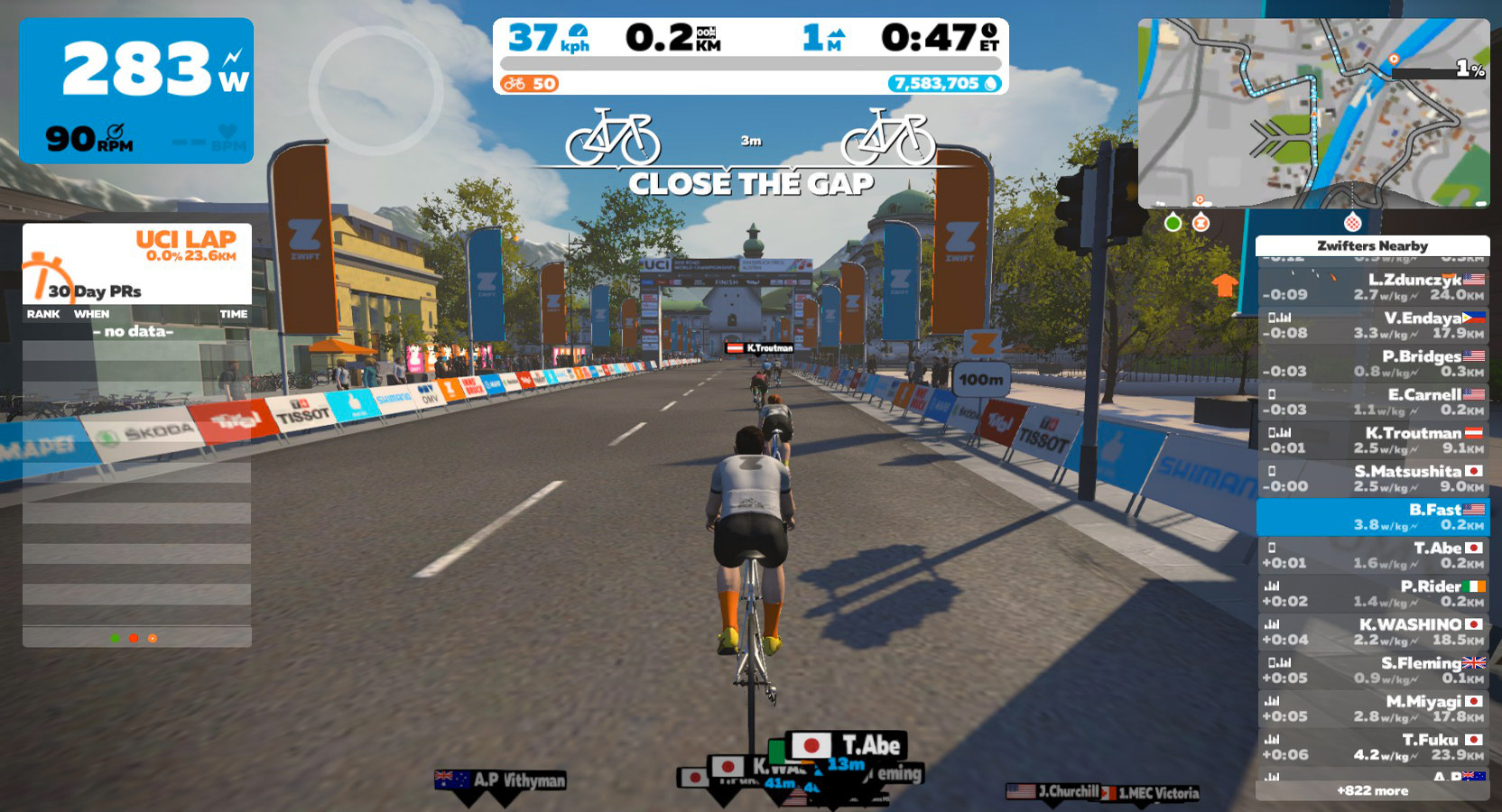 When you approach another rider’s rear wheel, Zwift pops up a “Close the Gap!” message which helps you see how near you are to the rider ahead. You’ll know you’re in prime drafting position when the message changes to “OK” and disappears. Your avatar also will usually “sit up” when you’re in the draft, unless you’re riding the Zwift Concept bike. When you’re not drafting, it will lean forward if you’re over a speed of 33 kilometers per hour (20.5 miles per hour).

Warning: You cannot use the draft while riding a time trial (TT) bike in Zwift! When participating in a group ride or race, unless it’s a time trial, choose a road bike (no aerobars or tri bars in front). 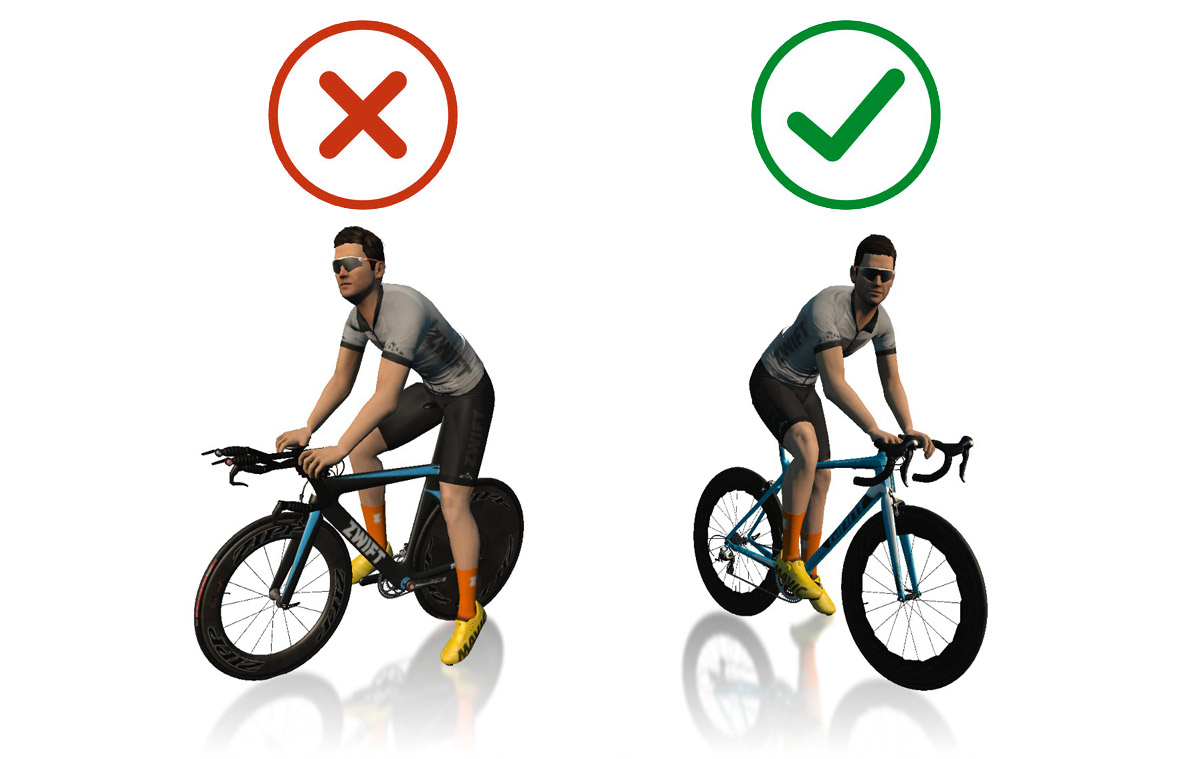 If you fall too far behind the rider in front of you, the “Close the Gap” message will appear again. Don’t panic! You still have some help from the draft up to 5 meters away. React quickly but steadily, increasing your power until the gap starts to close again. Keep it even until you’re almost on the wheel. Then ease up.

Getting the Hang of Group Rides

In a large group, focus on keeping your power as steady as you can. A quick burst of speed can help you move up in the pack, but it also can shoot you off the front and out of the draft! Be ready to close gaps in front of you.

Some events have enabled a feature called “double draft,” which doubles the normal draft effect in Zwift. It’s closer to the strong drafting benefit that riders experience in real life. Look for #doubledraft in the event details in Zwift Companion or on the Zwift website.

Are you with just one other rider, or a small group? All of you can save energy by rotating the lead position. Stay close behind the rider in front of you and try to match their speed. When you notice their w/kg number drop and they slow down, start pedaling a little harder and faster to come around.

Once you’re in front, try to keep the same speed. It will take a bit more effort now. This is called “taking a pull” because you’re “pulling” the riders behind you. When you need a rest or you’ve been on the front for a while, ease off the power. You’ll start to drift back. Carefully slide behind the last rider and wait for your next turn.