For many cyclists, Friday rides are for blowing out the cobwebs without fatiguing the legs. We've got big plans for the weekend, after all: sometimes a race, sometimes an epic long ride!

Team DIRT (Dads Inside Riding Trainers) designed its Sprintapalooza rides to fit perfectly into a cyclist's typical Friday. "Sprintapalooza is generally a recovery ride around 2.5 w/kg," explains DIRT founder and Sprintapalooza leader Jason Stern. "When we approach a sprint area we try, as a group, to go as fast as possible."

Sprintapalooza rides rotate each week between several sprinter-friendly short loop routes, allowing participants to hit the route's official sprint segment four or more times over the course of the ride. The pace in between sprints is a manageable 2.5 w/kg, then the leader messages the group as the sprint approaches, signaling everyone to ramp up their speed and prepare to hit the start line at top speed.

"Because we ride at 2.5 w/kg, we will have riders from all race categories participate and light up the sprint leaderboards," explains Stern. "It gives riders of all abilities the opportunity to get segment PRs and even some Strava KOMs."

While Sprintapalooza obviously focuses on sprinting, riding together as a team is essential. Ride leader Eric Schlange says, "We enable double draft mode for these rides, which helps us group up and sprint fast together. If you want to grab the green jersey in a Sprintapalooza ride, you have to sprint with the pack - solo efforts simply won't be fast enough!"

Every week, 100-200 riders attend each of the Sprintapalooza events, so there's always a friendly double draft as long as you stay near the leader beacon.

These sprints are perfect "leg openers" for a big Saturday ride, but they're also wonderful practice for Zwift race finishes. "Most Zwift races end in a pack sprint," Schlange explains. "The better you can time your sprint and powerup, and the harder you can hammer in those final seconds, the better your chance at a Zwift race win."

The first Sprintapalooza ride was on September 14, 2018. This was around the first week when Team DIRT was born.

"Most of our members are parents who ride early in the mornings before work and family priorities," says Stern. "The 5:25am time slot was perfect for our growing member base." 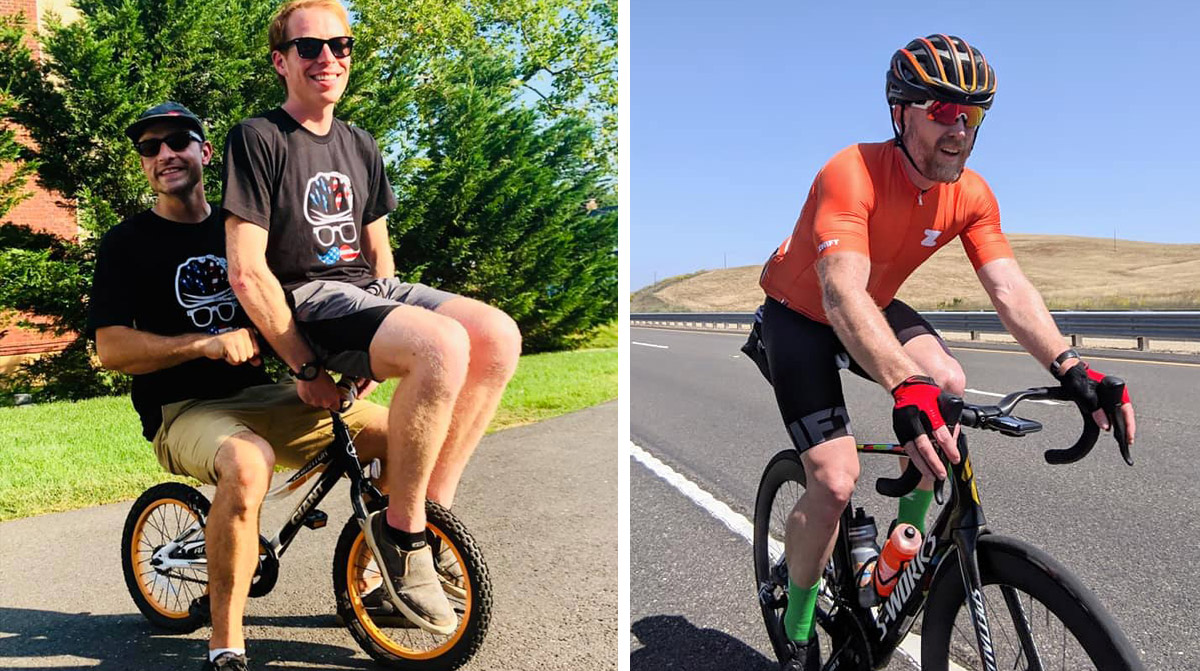 The first time slot (5:25am Eastern) is led by DIRT founder Jason Stern. Jason has led hundreds of group rides and has ridden indoors almost daily for 2+ years.

The second time slot (8:25am Pacific) is led by Eric Schlange, owner of Zwift Insider and one of the most knowledgeable and experienced riders on Zwift.

Both Stern and Schlange are avid Zwift racers, with over 1100 races completed between the two leaders at the time of this post.

DIRT was started by a group of diverse dads who love to make time for cycling around work and family obligations. The team quickly grew to be one of the largest on Zwift, and today it not only represents dads but all indoor cyclists.

To learn more about DIRT on their Facebook page and this webpage.