Yorkshire's "Royal Pump Room 8" is a very challenging race course where the road is never flat. Covering all of Yorkshire's tarmac in both directions, this route has two timed KOM and two sprint segments, making it a favorite for points races. But there are also unofficial climb segments which often prove to be crucial pinch points!

What follows is a detailed breakdown of the Royal Pump Room 8 from Team Italy racer Niccolò Martinoli. Follow his tips below to get your best result on race day!

Here are three tips from Niccolò before you head into your race on this route: 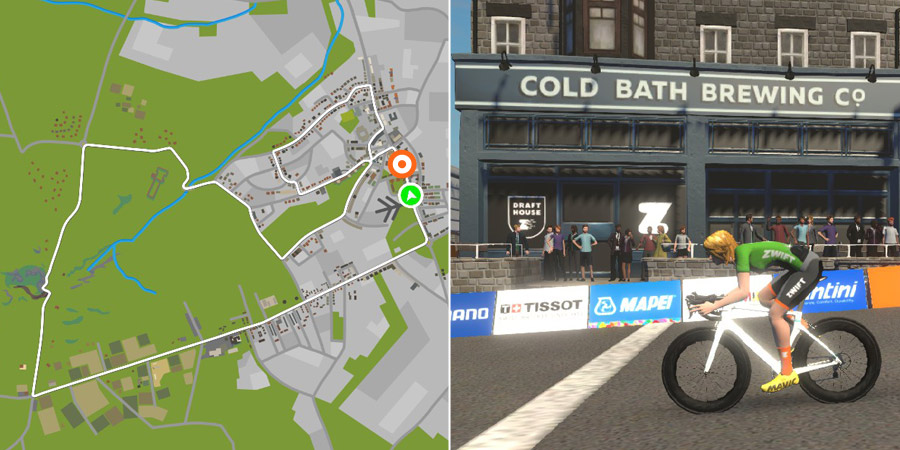 As with any race, a solid warmup is crucial before you head to the pens. Get that out of the way, then join the pens and wait for the clock to hit zero.

"Not a tough start," says Niccolò, "but you need to be really concentrating as you start with a descent and in a big bunch you need to be near the front." 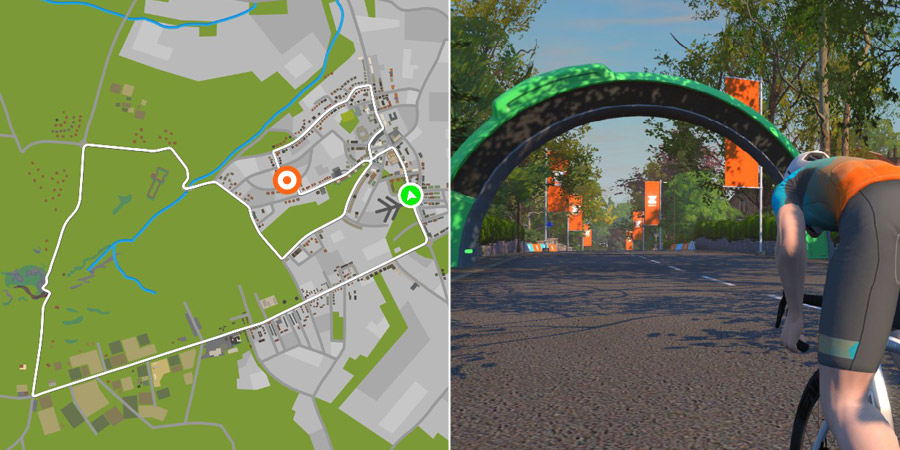 The first sprint comes right after the start (2.5km in), so if your race is tracking sprint points you'll want to be ready to surge. This is a longish sprint and slightly uphill, so pace yourself accordingly!

Niccolò advises, "After the sprint there is a little descent that will take you back to the main straight. You need to give everything here to stay with your group as the draft will be really important until the first KOM." 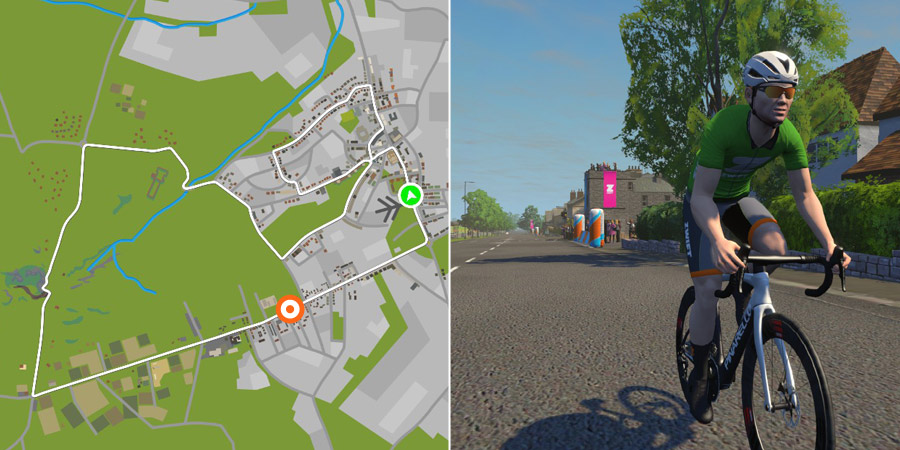 The longest climb on this route isn't a timed KOM at all, but it still packs a punch! Expect the effort level to rachet up as soon as you turn right after going through the start/finish banner. That's when this steady, straight climb begins.

Much of this climb is draftable, so surf the wheels and conserve unless you're feeling strong and want to put in an early attack. 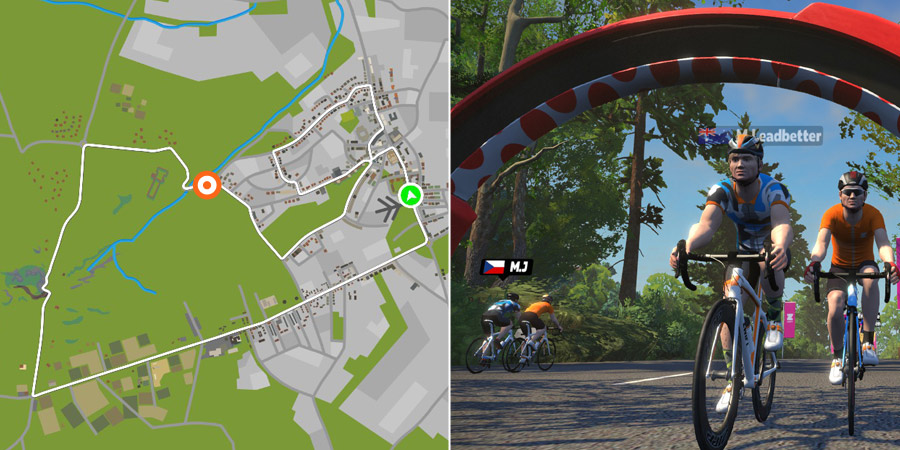 After a brief, super-tuckable descent you'll hit the first timed KOM of the day. Watch for big attacks here, especially if your race is giving out KOM points!

Niccolò breaks this climb into sections to help with pacing:

"It can be divided into three parts - climb (high gradients) - almost flat - climb again to the line. Suffer to stay with your group as the descent right after the KOM is much faster in a pack!" 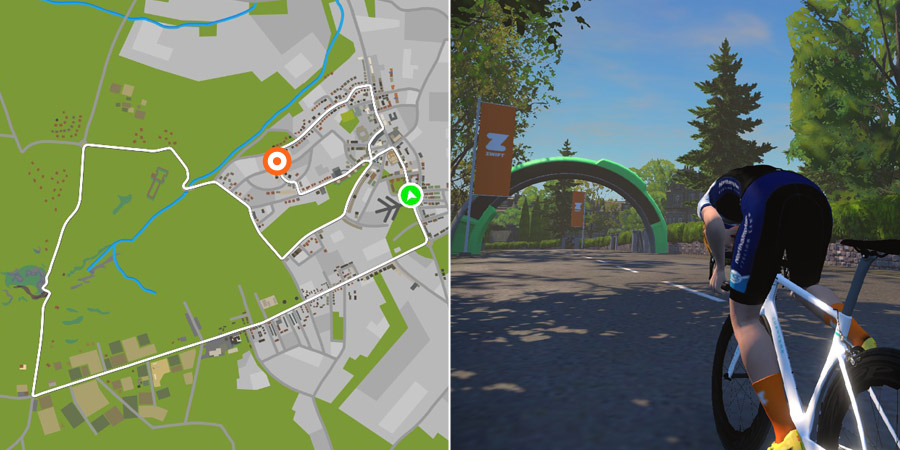 After recovering on the KOM descent you'll hit a short climb which brings you into the next sprint segment. If your race is giving out sprint points this will be a painful effort, since it comes at the end of a short climb! Thankfully, the sprint is rather short, beginning just after you turn right off the straight climb.

Grab whatever recovery you can on the short descent following the sprint segment, as you'll need it for the KOM Reverse just up the road. 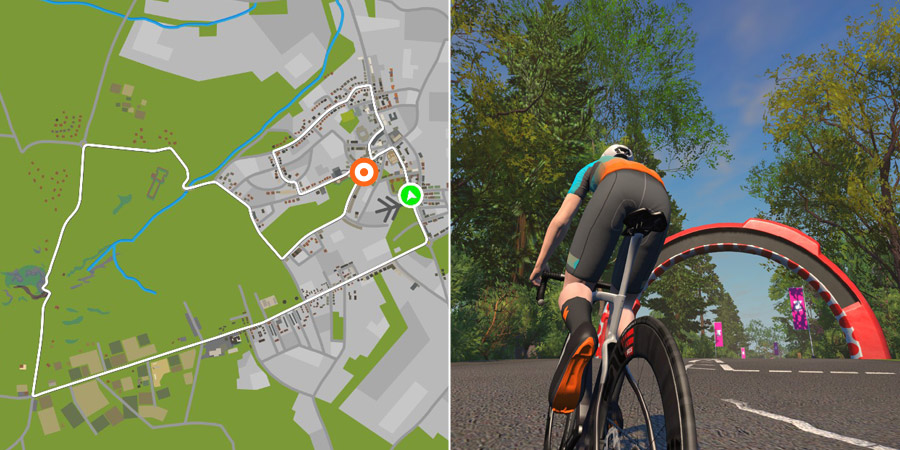 The KOM Reverse can be broken into three parts:

You'll get a bit of super-tuckable recovery following this climb, so push over the crest to pick up speed, then sit in to catch your breath! 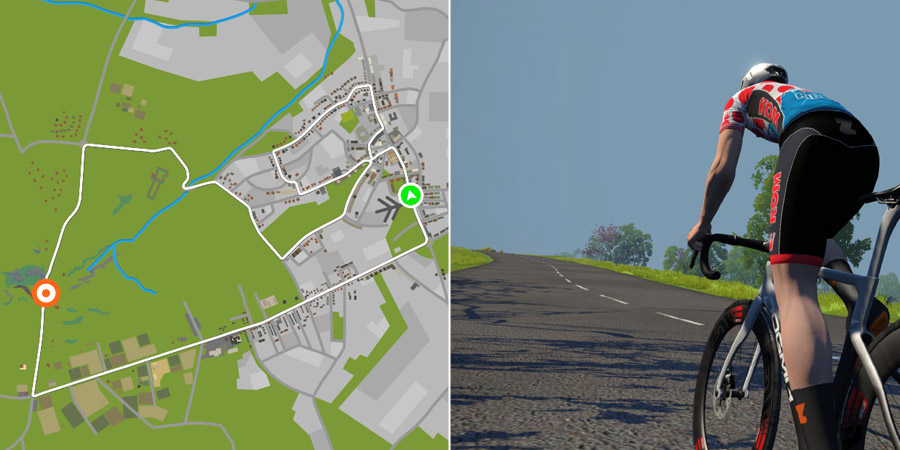 The climb at Pot Bank is notoriously tough, pitching up to 17% at the start and then dragging on after the initial hard push. And it comes near the end of your race, making it the perfect place to launch an attack! A feather powerup can prove very useful on the early slopes of this steep pitch.

Niccolò says, "This is where the race will normally explode. One secret to going faster - start sprinting 200 meters before the climb starts, so your avatar will start it really fast." 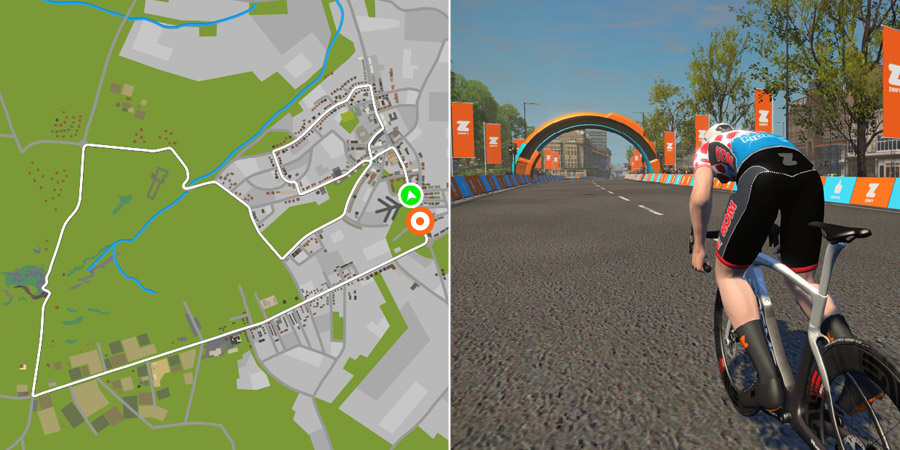 "After the Pot Bank climb you will find a pair of up and downs (as we like to said in Italian mangia e bevi)," says Niccolò. "After the last bump you will go through the final section of descent that will take you to the sprint. It will be a flat sprint and be prepared for a long one."

An aero powerup is helpful on this final sprint, or perhaps a draft boost if you are still surfing the wheels. Once you turn a hard left you have around 350 flat, straight meters to the finish line. Good luck!