If you want a steady social ride with support for beginners - but also some bite at the end - you’re invited to join the PACK.

According to ride leader Steve Clogg, the goal of the ride is “to have fun and provide the best beginner-focused, social-paced group ride on Zwift. The PACK is then released at the end and the party starts.”

Steve told us more about what to expect from the PACK Social Ride and its tight-knit community. 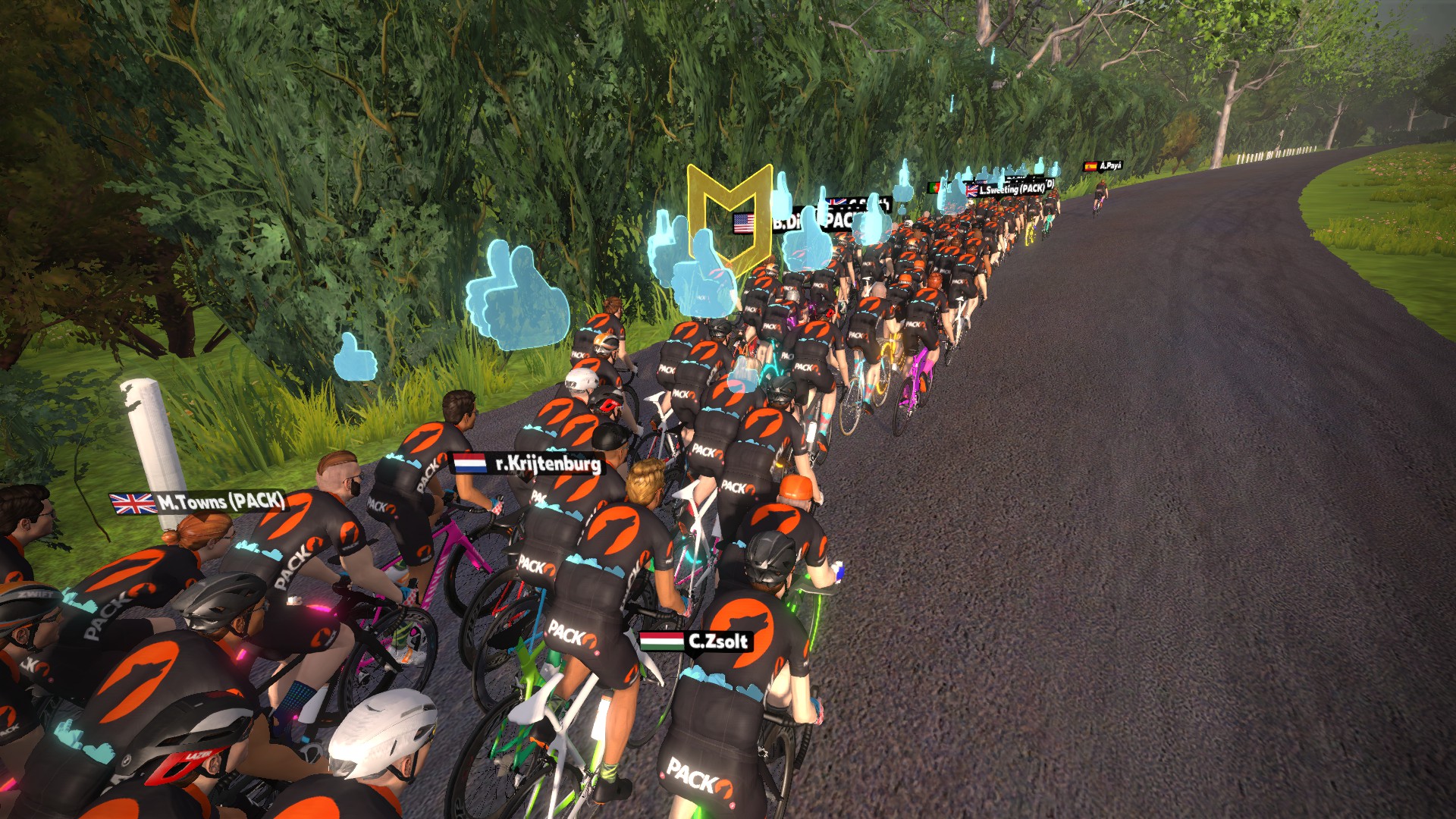 “The pacing on our rides is always as advertised; when you join a PACK event you know it will be a good repeatable experience every time,” Steve says.

PACK prides itself on its predictable pace and its sense of community. Faster riders serve as sweepers, helping riders who are having trouble keeping up with the group.

Then, near the end of the event, the ride transitions into an optional after-party, where the group hits a final climb and tries to beat their personal best times. The after-party is not a race and it doesn’t have results. It’s just you against the clock, with some company for motivation!

If you join this ride, you’re highly encouraged to use Discord for voice chat. (See the Facebook group or ride descriptions for a link.) The group has been using Discord since it began, and the PACK channel now has nearly 6500 registered users. Regular riders have built a tight-knit community, forming friendships more easily through voice chat than they can through text.

Steve says, “We are always helping riders and the stories we hear on Discord make organising the ride each week worthwhile. Take Karen. She joined our 1.5 beginners ride one day and managed a lap or two on Watopia flat, dropped off the back then stopped, saying, ‘don’t wait for me.’ Our amazing sweep team picked up on this, and the next time it happened, they stopped as well and said they were not moving until she did. Pedals moved again, and with their support, she got further each ride until she completed the whole hour and finished with the leader. Karen then had a health scare, but new friendships made from the group helped her get through some tough times and out the other side. She now leads one of the PACK events and helps others and is a great inspiration showing what can be achieved with dedication and determination.”

Several members of the group recently met and rode together outdoors in the Peak District in the UK. Reportedly, as social riders, they really enjoyed the cafe stops! 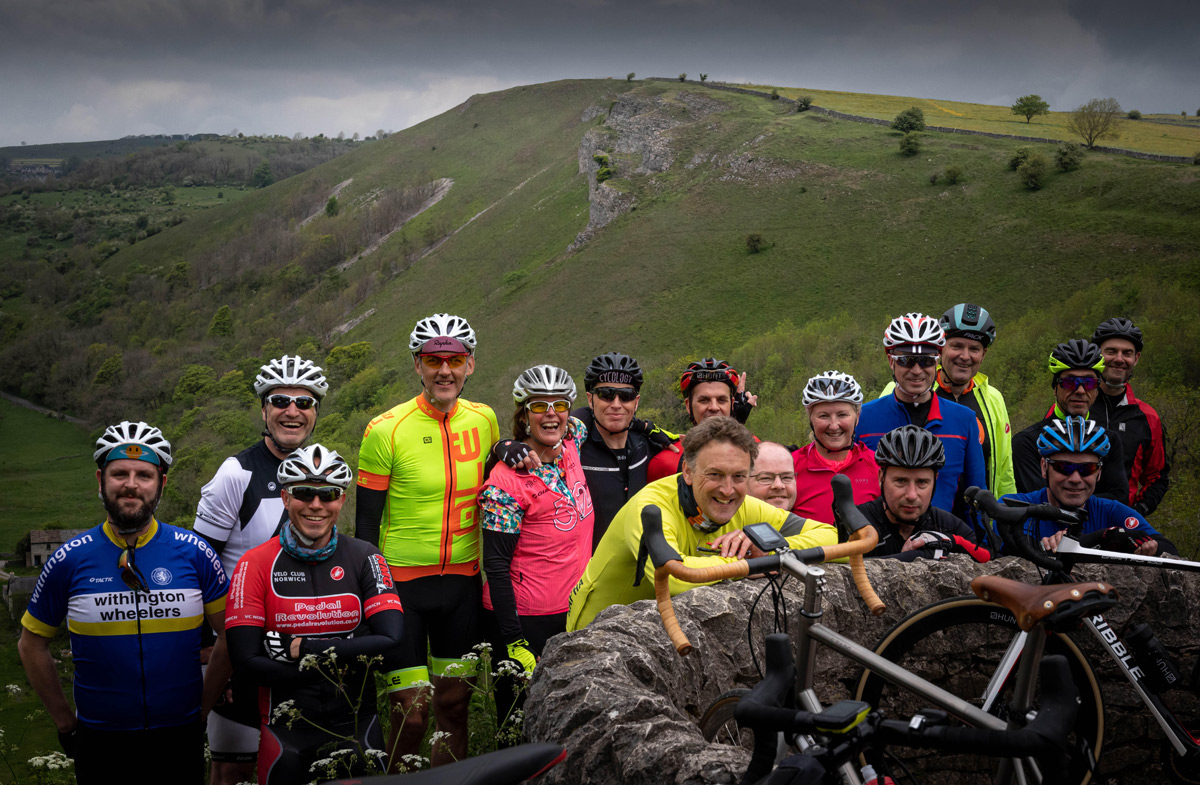 “PACK Social, or the PAC Social as it was known, has its roots all the way back to the beta days when it was started by Jonathan Lemon as a US west coast early morning ride. Most events at the time had poor pacing, no communication, etc. (this was all before the event module even existed). We wanted to provide events that always kept to the advertised pace and were targeted for beginner riders, those coming back from injury or just a recovery ride at an easy pace.”

“I was lucky to be asked to help design all of the current after-party courses, working with Jordan Rapp from Zwift to stop the need to have to make manual turns at the end of PACK events to head up any optional climbs. This also provided courses for races that could finish at the top of a KOM, a feature which was missing before they were introduced.”

“The social rides have grown over the years to be the largest group rides on the platform and we nearly hit 1000 riders over Christmas.” 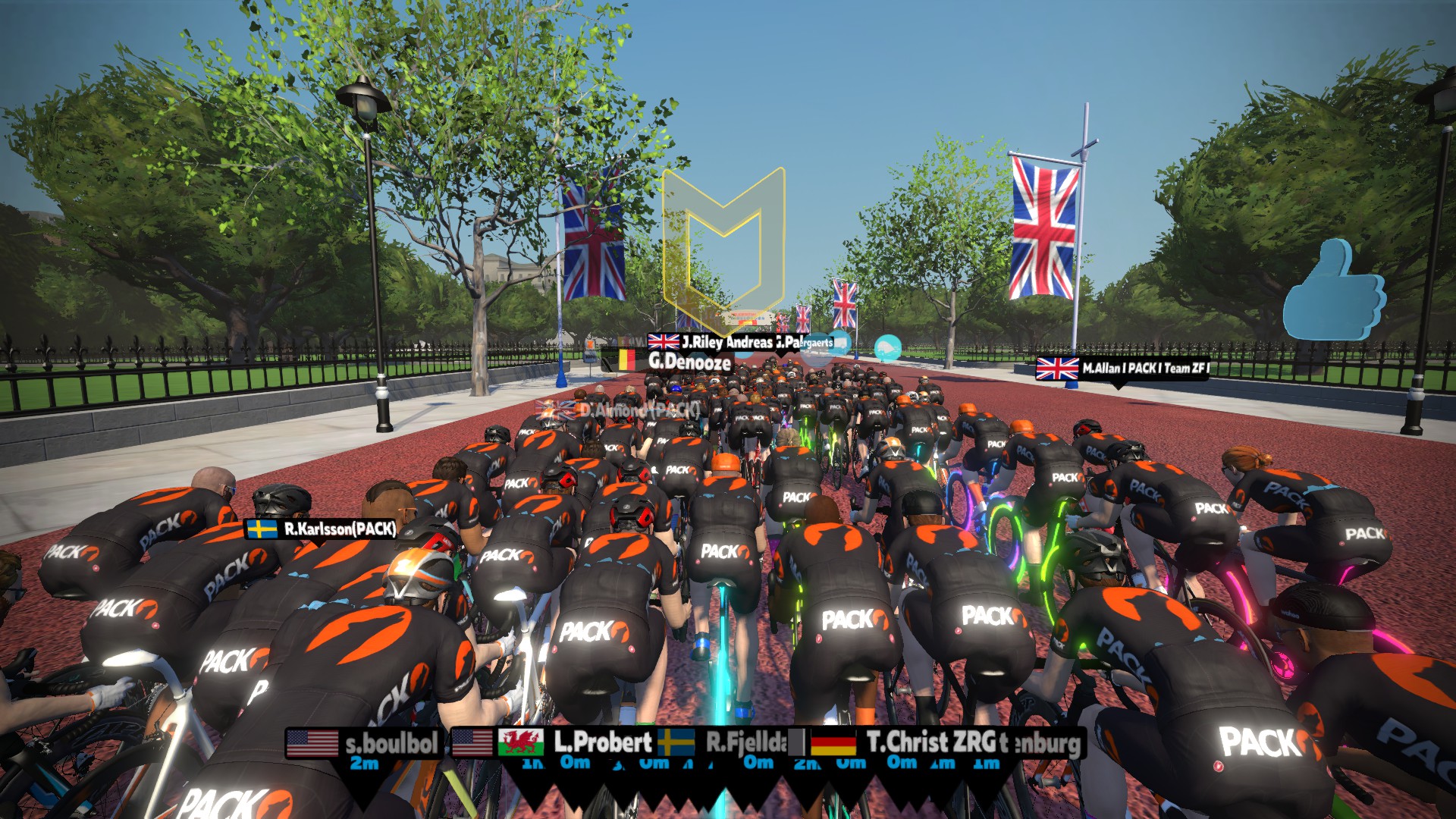 The PACK Social Ride has several leaders, but the primary one is Steve Clogg.

“I have the pleasure of leading the social rides for PACK and joined just after Richmond was released,” Steve says. “It was the first course I rode and I loved every pedal stroke of the full UCI course. I even got a cramp on the final climb as I was pushing too hard trying to keep up with all the riders around me (lol). I signed up in my late forties to help recover from a knee issue (which I still have, but is now under control thanks to Zwift).”

Steve doesn’t own a road bike. He uses flat pedals and spends all his time on mountain bikes.

“What I can do is hold a pace within seconds each lap, which comes in very handy when you have the yellow beacon,” says Steve. “Plus I never chase a wheel.”

Here’s what the PACK leaders say motivates them to guide a group ride:

For more information about PACK, visit the PACK Facebook group or join one of their events in Zwift. 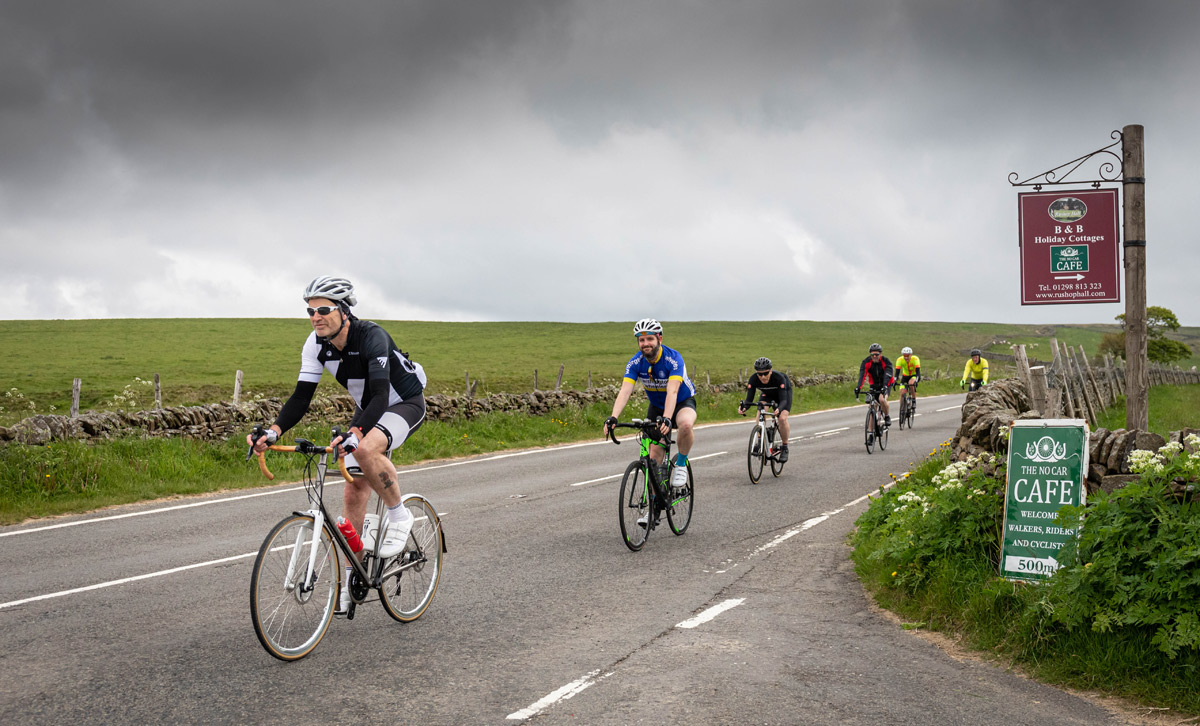 Great Group Rides on Zwift over 2 years ago