When it caused a stroke that threatened to steal her confidence on a bike, she found another way to stay active.

She found Zwift, and she found a community that spurred her on. She kept going.

“Zwift has honestly changed my life and my feeling about who I am,” she says. “I had almost stopped seeing myself as an athlete - previously a big part of my identity - but now that has returned, and with it, my happiness and hope for the future."

Beth was born with a heart defect and has had several surgeries. At age 19, with no athletic background, she decided she was tired of being the “sick kid” and wanted to escape from the labels that slowed her down. 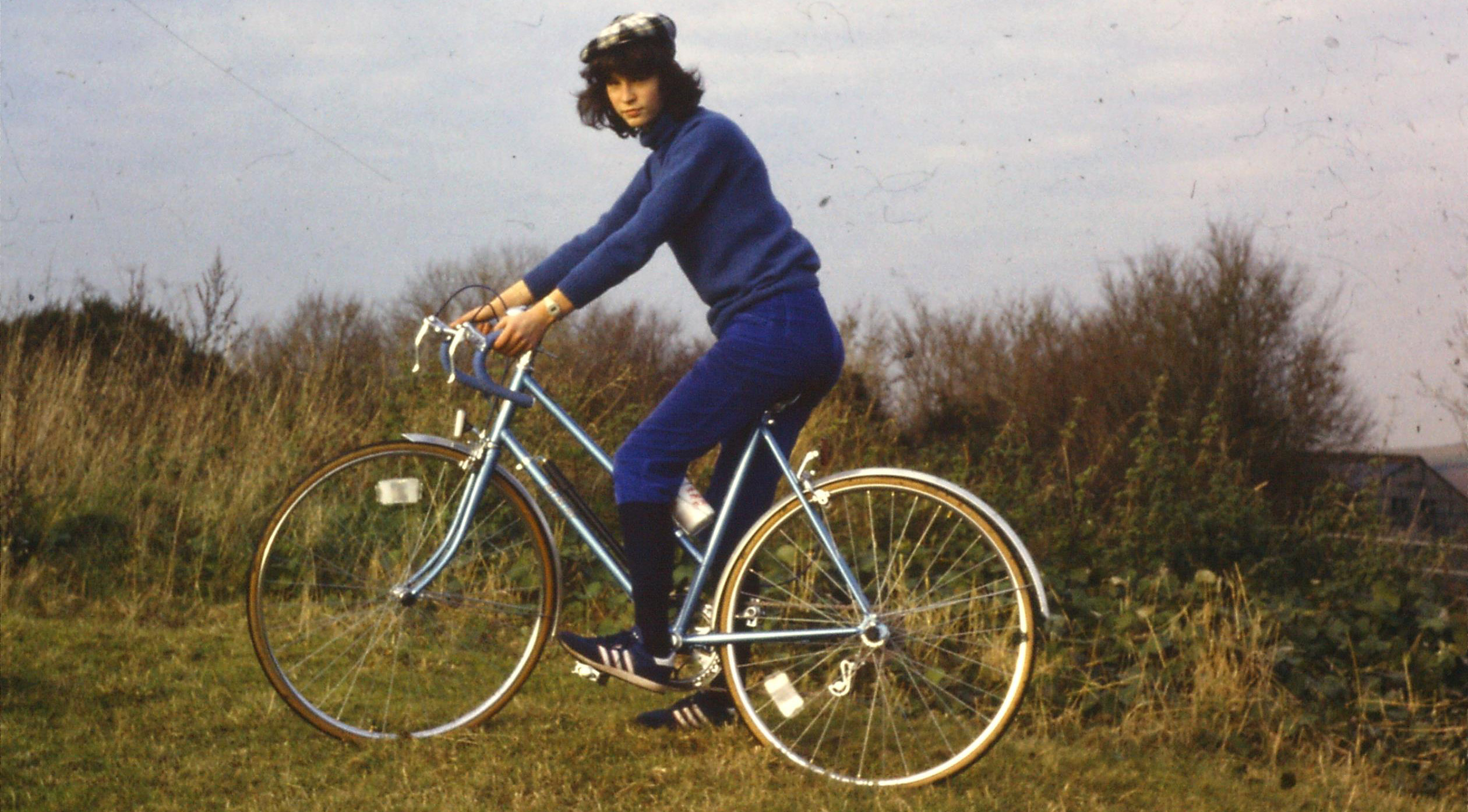 She took up running and was soon finishing marathons. Later, she added cycling and swimming and began competing in Ironman triathlons. At first, her doctors warned against such intense exercise, but attitudes soon changed to fully support her athleticism.

“I’m not sure if I am an athlete because of my issues or despite them,” she says. “They motivated me to push myself, to prove to myself and others that I could do what people did not expect.” 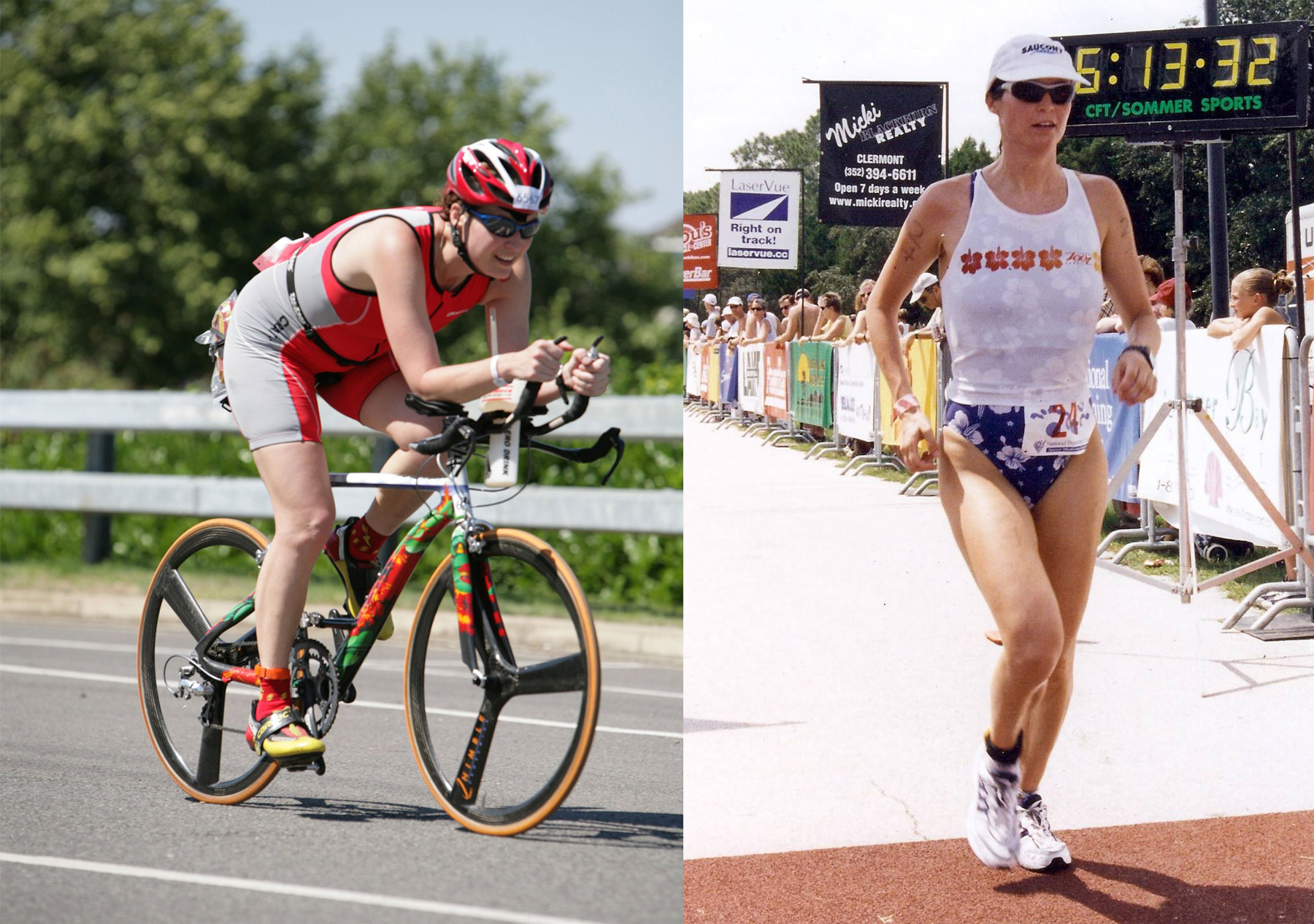 Then, in 2016, Beth had an arrhythmia-related stroke. She lost all usable vision in her left eye, along with her confidence on the bike. What if her poor depth perception caused her to crash? What if her arrhythmias kicked in while she was far from home? Nervous about these fears, Beth stopped riding outdoors.

She still had spin classes, but then the COVID-19 pandemic began to shut down gyms in 2020. It was time to search for other ways to stay active and fit.

“I see my health and fitness as an investment in my quality of life,” she says. “I know how quickly things can change - I spent several months of 2017 in hospital with an infection in my heart and very nearly lost my life - so fitness is a way I assert control in an uncertain future.”

Beth had low expectations of riding on an indoor trainer because her previous experiences had been boring. But Zwift was different.

“I fell instantly in love with Zwift and its community, which re-ignited my love of cycling and feeling empowered to work on my fitness,” she says.

Heart of the Community

“Until my April surgery, my fitness was declining no matter how much I was riding, but even then I had people to ride with (on Zwift) and never felt like I did not belong,” she says. “On the road, my nervousness and breathing issues would have seen me feeling like a handicap to other people’s enjoyment. Not so on Zwift.”

Early on, Beth found a few groups that were a big help to her, including The Herd, AHDR Ladies (Aussie Hump Day Ride Ladies), and a longer Saturday ride called “Dave T’s Meetup: Anti-Social/Social.” With the help of the Saturday ride, she checked off all of Zwift’s route badge achievements.

She struggled to keep up at first, but the groups were so encouraging that she kept coming back and getting stronger.

Group rides and races are held on a regular schedule on Zwift. They can help keep you motivated if you’d rather ride with others than go it alone.

Soon Beth joined Herd Ultra, the ultra-distance offshoot of The Herd. She had always loved riding and running long distances, but it was usually for competition. Now, she enjoys challenging herself to ride longer and longer. With the help of the Herd, she completed a 300-kilometer ride!

“It is a new area for me to see how good I can be, rather than comparing myself to the athlete I once was,” says Beth. “I love that I have so much to learn and people on Zwift who are happy to share their knowledge.”

She also dove into the weekly AHDR Ladies ride. In addition to a fun, social atmosphere, this ride features an optional 10-minute race at the end. It’s a low-key way to try racing, and it kick-started Beth’s love of Zwift races.

“I am always striving to be better - Zwift is a perfect environment with the way I can monitor my progress, join the challenges, or push myself in workouts and races,” she says. “Equally, my situation forces me to be grateful for every day, that I can still ride, still join in, and be a meaningful member of the community.” 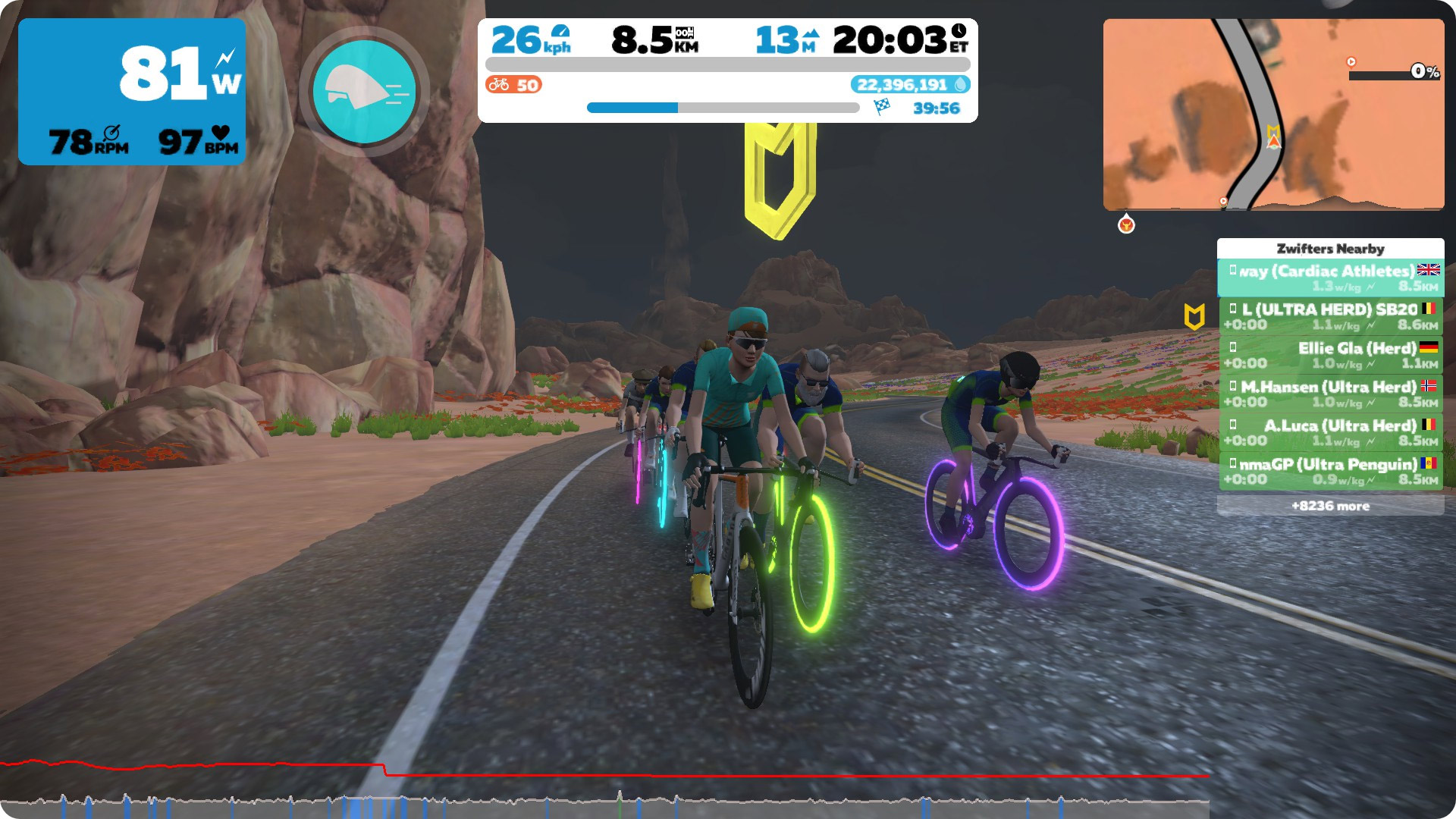 Riding indoors helped Beth feel safe as she came back to cycling. She didn’t have to be scared about falling off the bike or crashing into something. If she needed help, she was right at home instead of miles away.

Now she’s taking her newfound confidence and joy on the bike back outside. After rebuilding her fitness on Zwift over the last 16 months, and a valve replacement in April that improved her health, she purchased herself a gravel bike. She takes it for rides in the country lanes near her home in Cornwall and onto trails that keep her away from traffic.

Even as she enjoys the freedom of riding outdoors again, she says she expects to keep Zwift as her “mainstay” for the training, the racing, and especially the people. Beth now leads group rides as a way of giving back to the community that has helped her so much, offering the warm encouragement that others have given to her. She sometimes leads the Dave T badge-hunting ride, and she also leads Meetups for a group called Cardiac Athletes (an online community of people from around the world living with heart disease of all types).

“The challenges and accolades are good, but I come back every day for the chat, the encouragement, and the sense of belonging,” Beth says. “I spent much of our (COVID-19) lockdowns isolated at home due to my ‘clinically vulnerable’ status. The friendships I have gained on Zwift are as strong as some in real life, and a big goal is to one day meet some of those influential people who have supported my journey.”

Return to Running Postpartum Runners about 1 month ago