In this Community Profile, we highlight Karen Ardilio, an all-American mom who found Zwift before running was even a thing and is now training for her 6th marathon.

Karen lives in upstate New York with her childhood sweetheart Jeff, to whom she has been married for 18 years, two children (Katelyn and Zach) and a pair of giant golden retrievers. 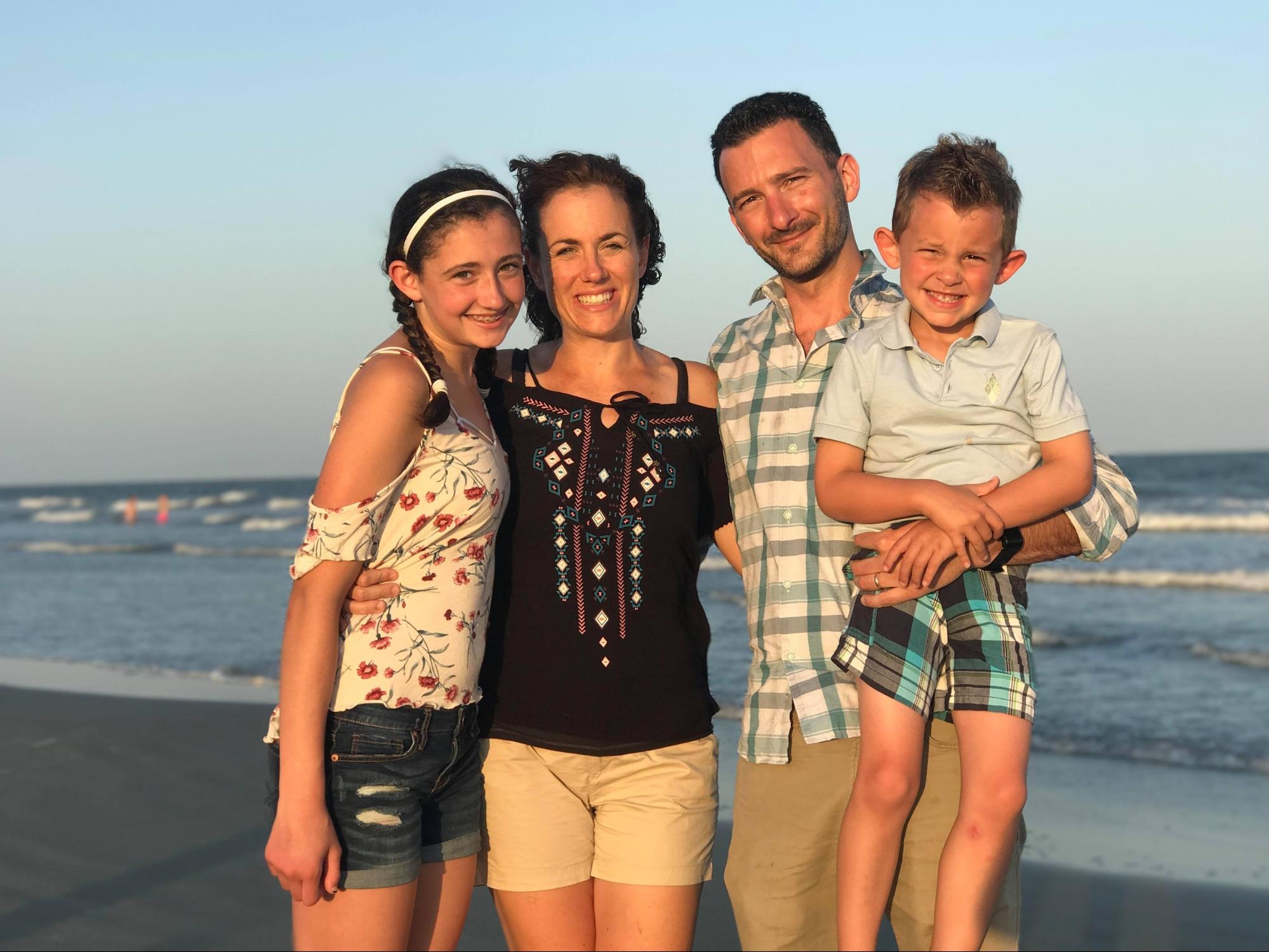 Running on the Beach at sunrise

Her running journey began in 2012 while on vacation with her family. Thinking it would be awesome to run on the beach at sunrise, but realizing she was still out of shape from her recent pregnancy, she recruited her best friend and enrolled in a couch to 5K program. “It wasn’t pretty, but we did it”, she says.

What followed was a progression familiar to many. Karen caught the running bug. From running 5K she moved on to 10ks, trail races, half marathons and inevitably a marathon. But she didn’t stop there. She has also completed a 50K road race. “This was my biggest achievement,” she writes, followed by no less than 5 exclamation points. A proud moment for sure.

Initially, Karen shared Zwift with her husband and they would use it for cycling before the public beta of running began. 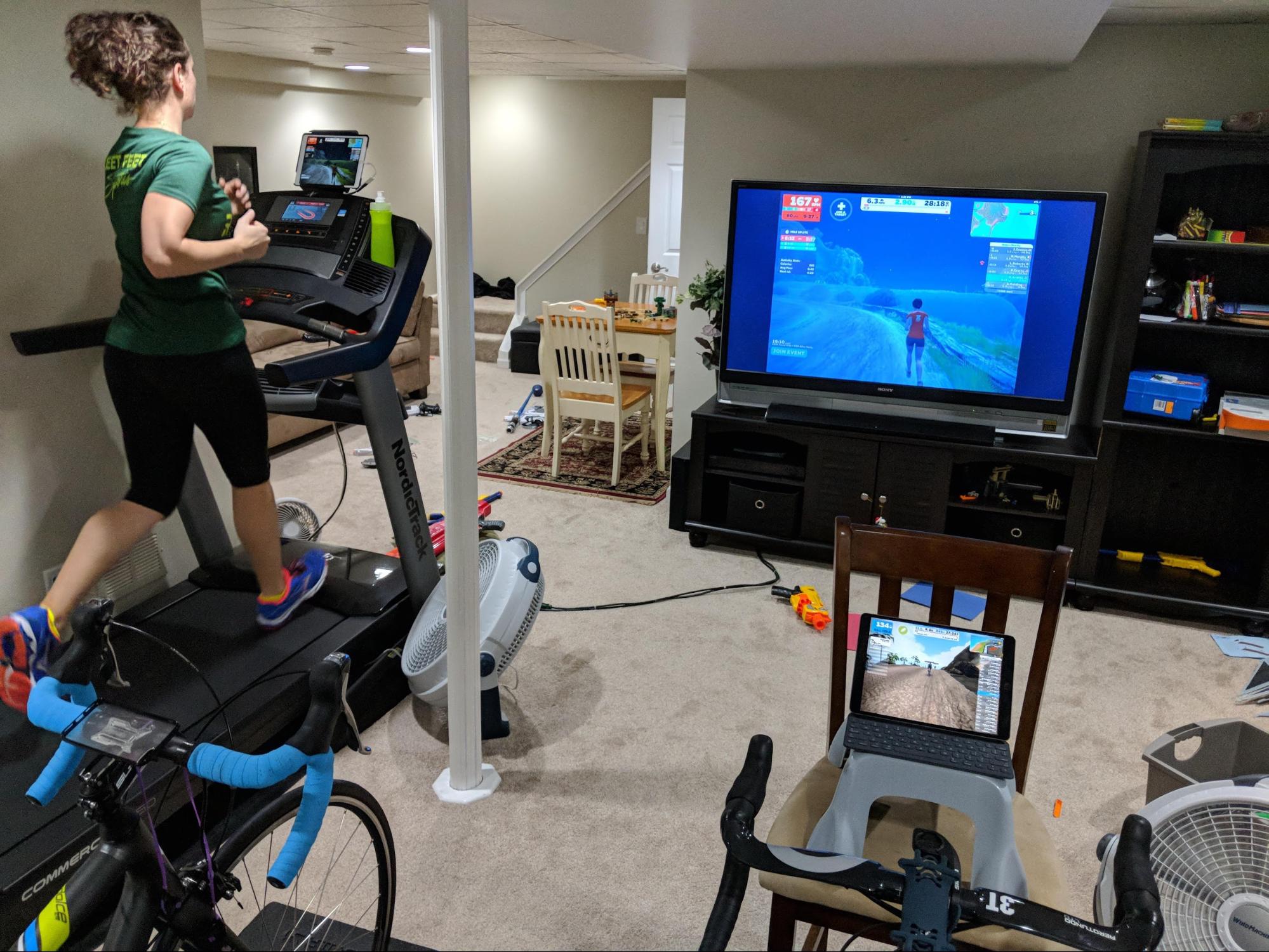 “I found treadmill running dreadful. I could possibly squeeze a 5K out before complete boredom took over.” That’s when Zwift Run changed everything. Karen began taking part in the group runs and workouts on offer. “It honestly made treadmill running fun,” she says.

“I noticed I was running with the same people each week and would chat virtually in Zwift with people from all over the world. I found this fantastic!”

With Karen’s husband traveling a lot for work, the children at home, and her best friend unable to join her for her next race, Karen was unable to get outside to run very often and began to use Zwift Run more and more in her training. 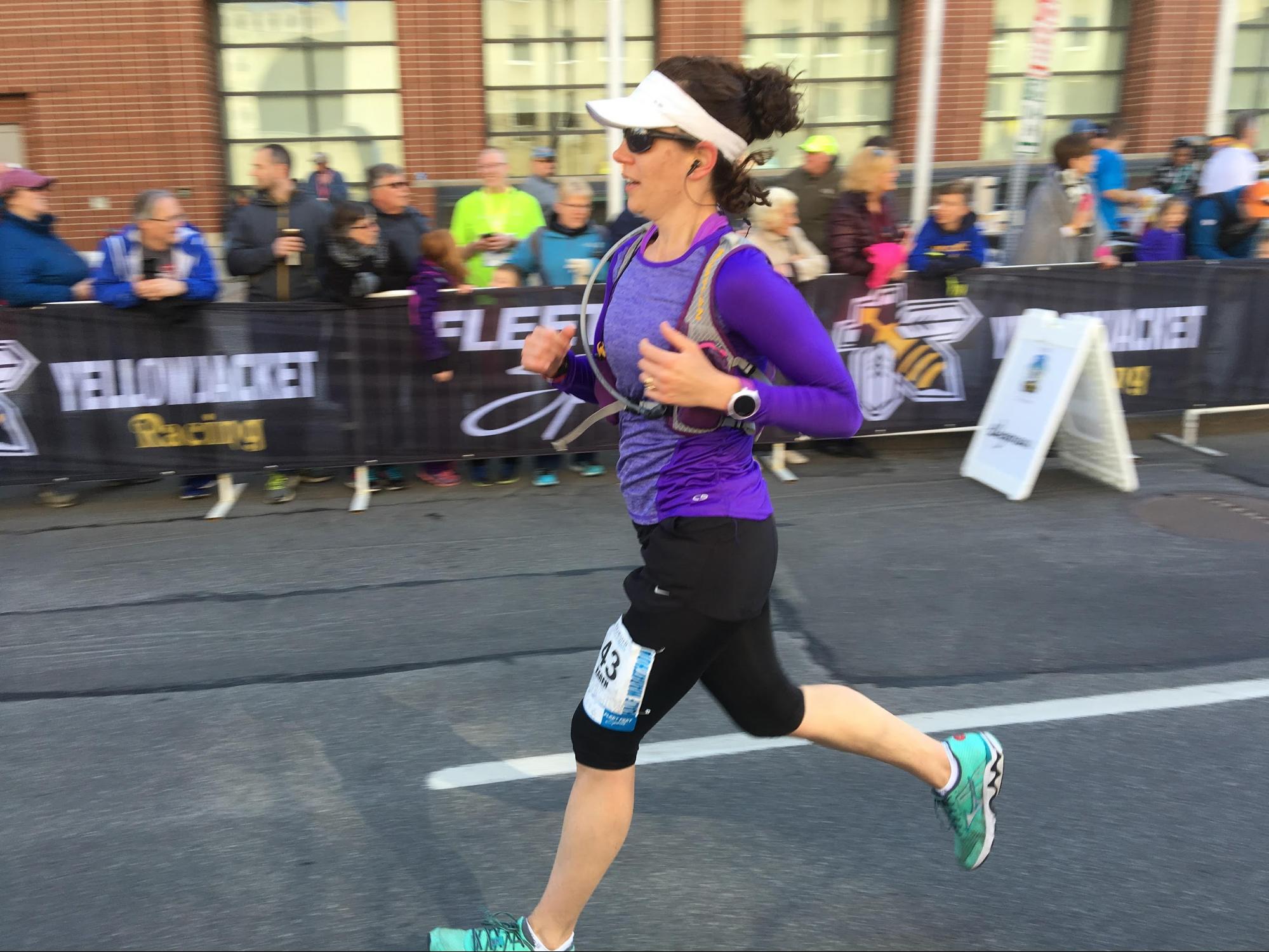 She had signed up for her fifth marathon and was interested in how training on a treadmill would differ from training outdoors. In the end, she says she fared better and felt more comfortable than “any other long race I’ve done.”

Karen is now back in training for her sixth marathon. She will be returning to the Wineglass Marathon in Corning, NY where she ran her first in 2014. She’s keen to see if she can improve on her time and will once again be using Zwift Run for the majority of her training. 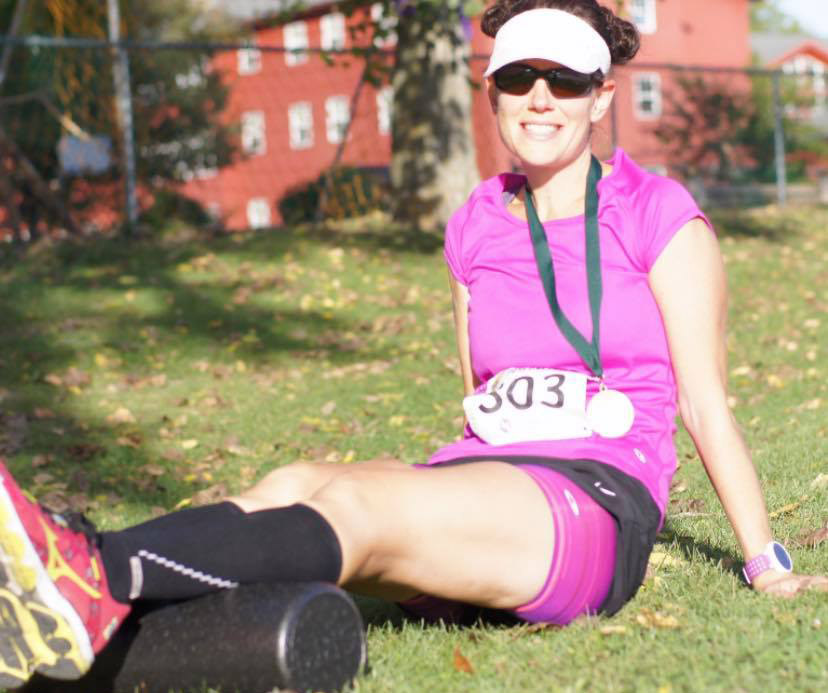 For Karen, one of the most important parts of Zwift Run is the community and the support that comes along with it. “I love Zwift. I really can’t say enough good things about it.”

Karen is a vibrant and fun member of the Zwift Run community. She is active on the Zwift Runners Facebook page and is always encouraging and supportive to new runners, helping out usually in pace Group C. Be sure to give her a Ride On next time you see her out on the run paths.

Zwift How-To: Using the Activity Feed in Zwift Companion over 2 years ago