Last Sunday (February 26), Holland’s Aniek Rooderkerken joined several hundred other cyclists for a bike ride that was cutting-edge even by Zwifting standards: The Zwift Dutch National Championships. The Netherlands’ Royal Dutch Cycling Union—the national cycling body, known in Holland as the KNWU—asked Zwift to host the race. The only people happier about the event than us here at Zwift were the race’s competitors—like Rooderkerken. 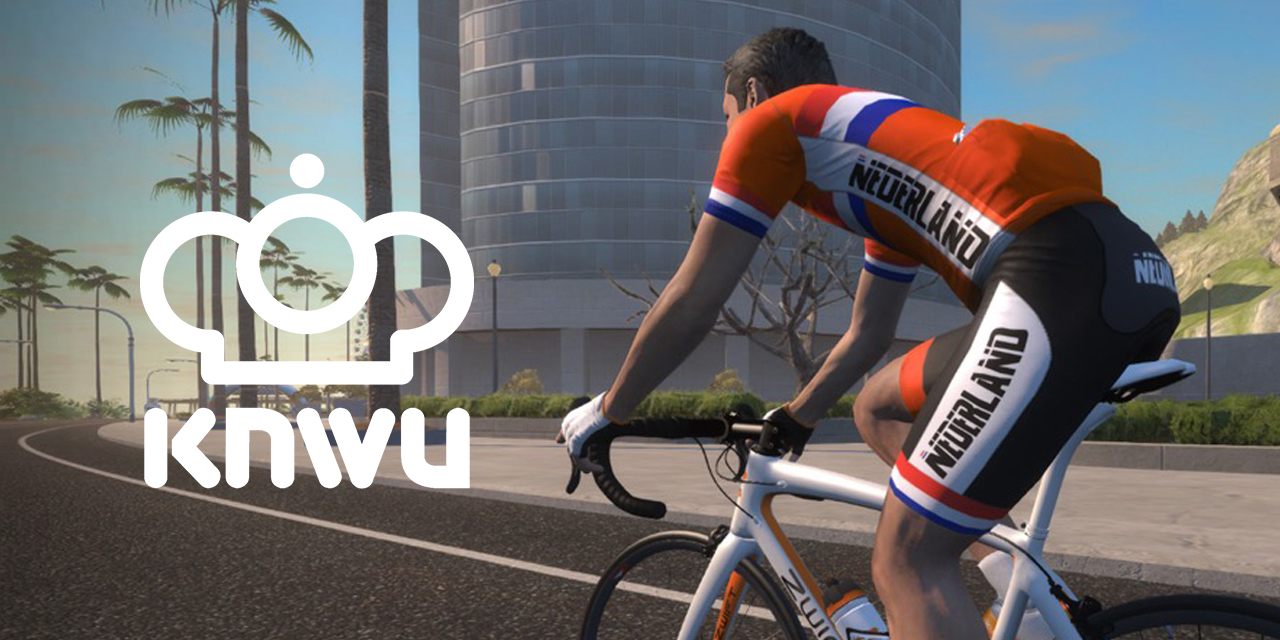 “It was the first chance I’ve ever had to enter a true Dutch championship race,” says the 30-year-old, dedicated Zwifter from the central Netherlands. “I only have an amateur license.”

But Rooderkerken, who is the first women’s champion of the pioneering race, was as welcome as anyone. After Zwift hosted a fall season’s worth of successful Wednesday night, criterium-style races for the Dutch Olympic Talent Team, the Dutch Cycling Union asked Zwift to oversee a national championship race. The event would be open to any rider, of any ability and from anywhere. The KNWU, understandably, would only include Dutch racers in its official results.

“Zwift awakened our national cycling union,” says Martijn Zijerveld, a popular cycling photographer and Zwift ride leader. Zijerveld was a driving force behind the Zwift-held championships. “The union said to me, what else can we do on Zwift?”

Zijerveld is not only Dutch—his father is Peter Zijerveld, Holland’s leading Olympic cycling coach. But it was the son who worked closely with the KNWU for a month to arrange the race, which was live-streamed on both the Zwift and KNWU Facebook pages. Race announcers were former pro Dutch cyclist (and Eurosport Benelux commentator) Bobbie Traksel, and Holland TV cycling reporter Steven Dalebout.

Zijerveld, who jumped into many of the Zwift Dutch Olympic Talent Team criteriums, and chronicles his own cycling adventures via his imagehunters Instagram account, was more than happy to be behind the scenes for this particular event.

“There was WBR Race and a whole bunch of folks from other teams out there ready to do their best,” says Zijerveld. “Nope, I didn’t ride this one.”

Late on the last lap of the A race, Dutchman and WBR Race team member Jernst Tempelaar repeatedly surged to help break the collective spirit of a 12-man lead group, which began to come undone in the course’s esses. With 300 meters to go and seven surviving riders left hoping for victory, Tempelaar launched a final kick that put him alone within 100 meters. He held onto the lead, speeding under Watopia’s palm trees and the start/finish banner at 35 miles per hour, in a winning time of 1:05:06. KNWU’s official results listed Ide Katt and Stefan Dorsman as second and third Dutchmen across the line.

Rooderkerken, meanwhile, impressed with her own, very different win. The content marketer and travel blogger, who is a passionate time-trialist and Zwifter that hoped to win last year’s Zwift Academy competition, decided to enter the women’s A race. No matter that, at over 50 kilometers, the race was admittedly too long for her.

Rooderkerken went full gas from the start, trying at first to stay with the quickest men. “I started at about 5.5 watts per kilogram, which I can do for about half a minute,” she says. “I had to regroup.”

For about the next 30 kilometers, Rooderkerken did exactly that, floating between chase groups and then pushing, time-trial-style, on her own. “TTs hurt like hell,” she says. “I’m quite good at that.”

In her final lap, without knowing the whereabouts of her closest female competition, Rooderkerken “died like 100 times,” she says. But the agony was worthwhile: The Dutch National Champion finished the race 35th overall, in 1:12:02. According to KNWU, Suzanne Aikema was, at over five minutes back, the second-fastest Dutchwoman, followed by Maayke van der Pluijm.

“After I finished, I sent out a Tweet trying to find out if I’d won,” says Rooderkerken, who says she’ll pursue time-trialing, a Zwift Academy win, and even the cycling-related World Human Powered Speed Record in 2017. “I checked the KNWU Facebook page every five minutes.”

Soon after the good news came, Rooderkerken toasted to her national championship—and 30th birthday—with her boyfriend and a bottle of Prosecco.

Martijn Zijerveld says that he has a lot to celebrate, too. The Royal Dutch Cycling Union felt that the inaugural Zwift Dutch National Championships were a huge success.

“I’m pretty stoked about it. I think there’s space for more events and these kinds of things,” says Zijerveld. “We’re already talking about next steps.”

Working the Most from Zwift Workouts over 4 years ago