At 16 years old, you might say Anna Kate Wirsing is just getting started. Yet she seems to possess the focus and determination of a seasoned athlete.

After years of competitive gymnastics, injuries caused Anna Kate to move into other sports in high school. Last year saw her first focused attempts at triathlon and she won her age group in every local race, finishing in the top 6 women overall. That qualified her for USA Age Group Sprint Nationals in Cleveland, OH, where she placed 24th.

While she has already achieved some big wins, Anna Kate would agree that she is only getting started. With a bright future ahead, she fiercely maintains a packed schedule in order to achieve her dreams in sport and beyond. 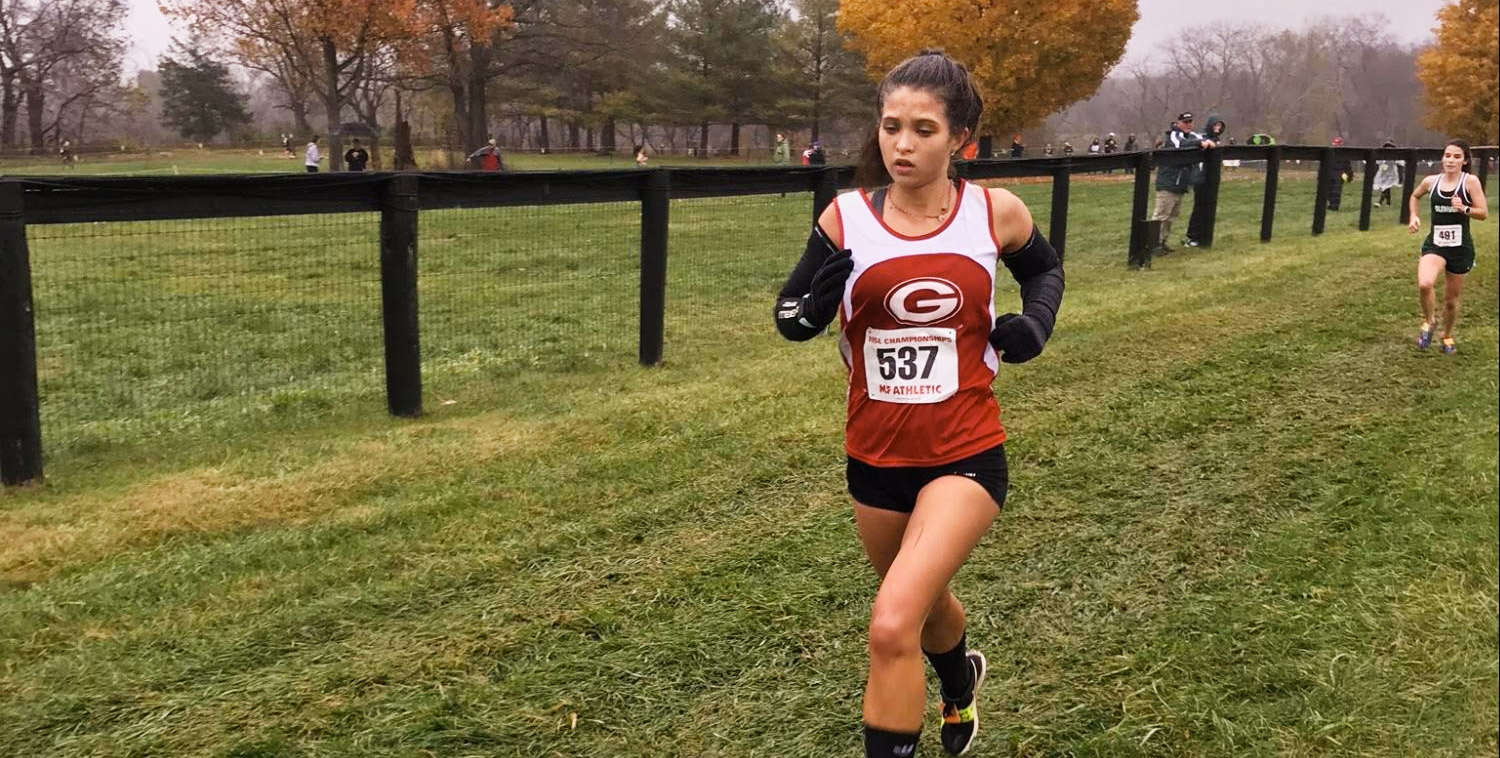 When Anna Kate was just 4-5 years old she was performing in a gymnastic event and got stuck on a skill.  She could have easily gone on and finished her routine, but you could see it in her eyes that that wasn’t an option.  She tried a couple more times, nailed the skill and completed her event. That was the first time I saw her fierce determination, and her ability to push through.

Jon Wirsing is a fierce competitor himself, a former pro cyclist who has been on national podiums more than once. Anna Kate sees similarities between herself and her father, and those similarities serve her well as she trains in not just one sport, but three.

We both look at challenges as an opportunity to refine our skills or learn new ones. We also both like to push ourselves to the max and see what we can reach.

Pushing herself to the limit excites Anna Kate, but she is also motivated by the prospect of inspiring others to be their very best. Indeed, she seems to feel a real sense of responsibility to do so. 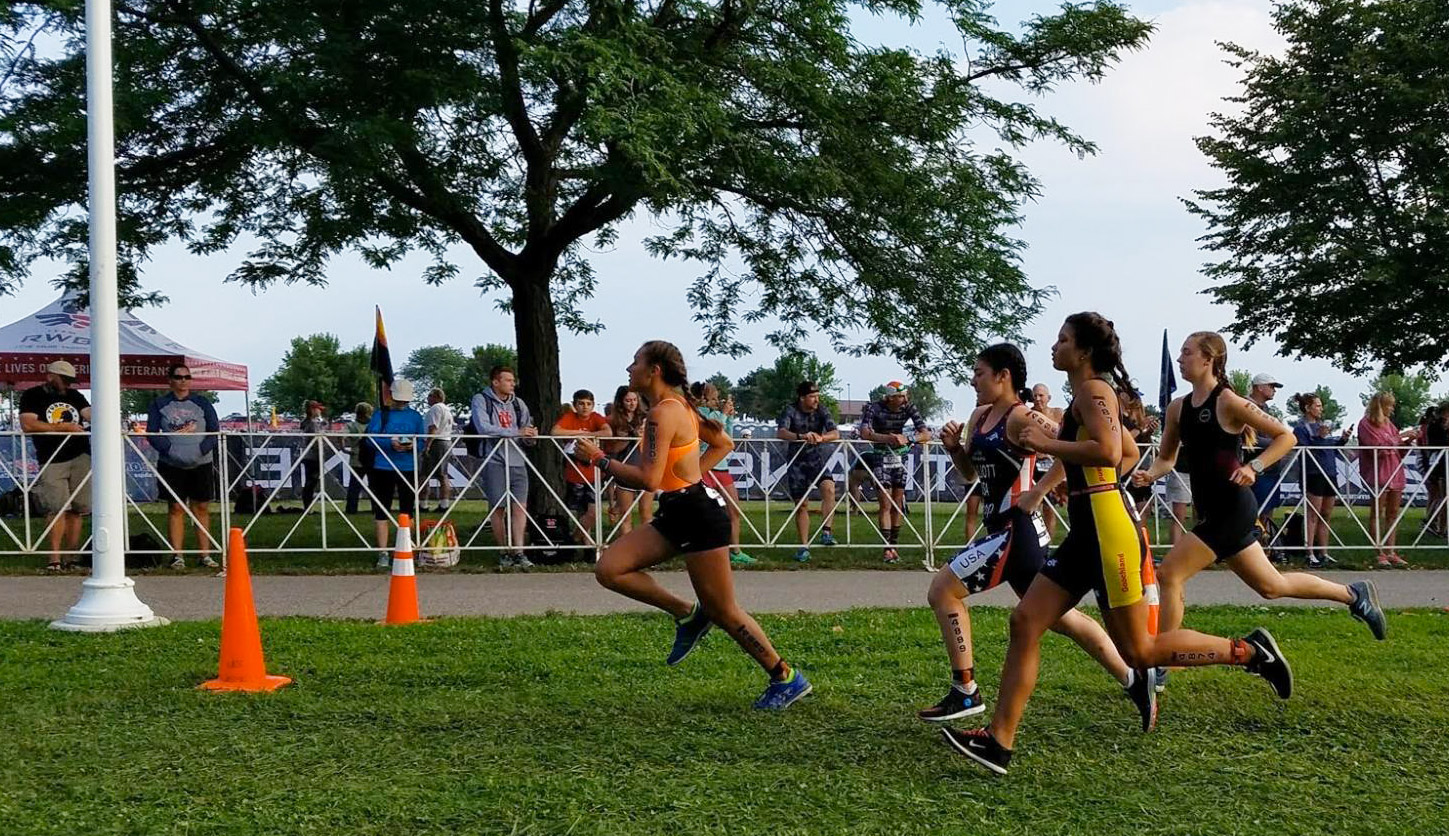 Spare time is not something Anna Kate has much of these days. Her academic schedule is rigorous, as she is part of an advanced high school program where she earns college credits during her junior and senior years. This puts her on track to graduate high school while at the same time receiving an Associates Degree from the local community college.

School sports are another daily activity. A few years ago her high school started a triathlon club, and Anna Kate is one of the founding members. She recently co-captained the girls’ varsity cross country team to its most successful season in school history, and she is a key part of her school swim and track teams.

And if all that isn't enough on one high schooler’s schedule, she also has a part-time job.

Several months ago, in the midst of all these commitments, Anna Kate realized it had become a challenge to carve out the time and muster the motivation needed to maximize her triathlon training, especially on the bike.

“The only way I was able to train was in the evenings after dark and on the trainer.  I hated staring at the blank television screen and my motivation on the trainer suffered.”

Her dad, already a Zwifter, introduced her to Zwift. She immediately saw how it could help. “It allows me to ride or run in the early morning before the sun is up or at night after all my other activities. It also allows me to do the exact type of workout that I need based on my training plan.”

Anna Kate mostly uses Zwift for structured workouts but has plans to try some bike races and do more running. She explains, “I’m using Zwift for steady trainer rides on the bike, threshold tests, and structured bike workouts.  I just got the running pod for Christmas so I’m looking forward to trying it out on the treadmill as well.” 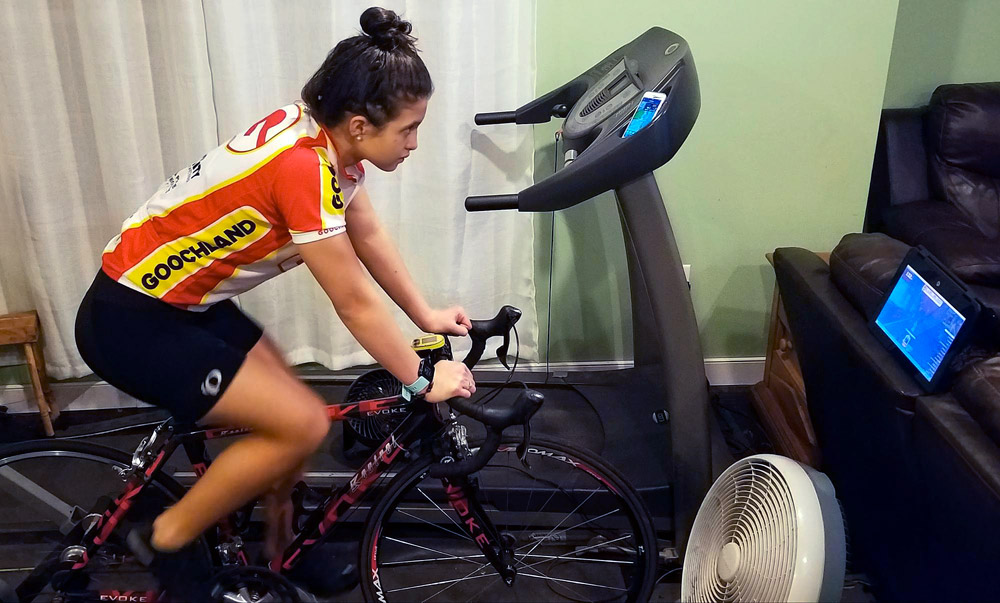 Plans for this Season

This season Anna Kate will continue working on her endurance foundation in all three sports as she prepares for a strong performance this August at the 2019 ITU World Championships in Lausanne, Switzerland. With key support from her triathlon club coach and her father, she has sketched out a season plan that builds toward the big event.

I am finishing up the high school swim season now.  In March I am planning on racing a half marathon to help build up the base miles and to see how I run at the longer distances.  The triathlons start in late April, and I’m hoping to race well at a Junior Elite Cup race in May. From then on, I’ll be building up until nationals and then worlds in late August.

With plans of a physical therapy career after college, Anna Kate is excited about continuing to help and inspire others to achieve their physical goals for years to come. But she plans to do so while continuing to chase her own dreams:

In the next few years, I do not see a time where I will not be competing.  I would love to race throughout college and beyond. Hopefully, that would include a shot at a national championship.  I would like to see how far I can go in the sport.

With her determination and discipline, Anna Kate surely has a bright future in store no matter where she chooses to focus her seemingly endless energy. Swim/bike/ride on! 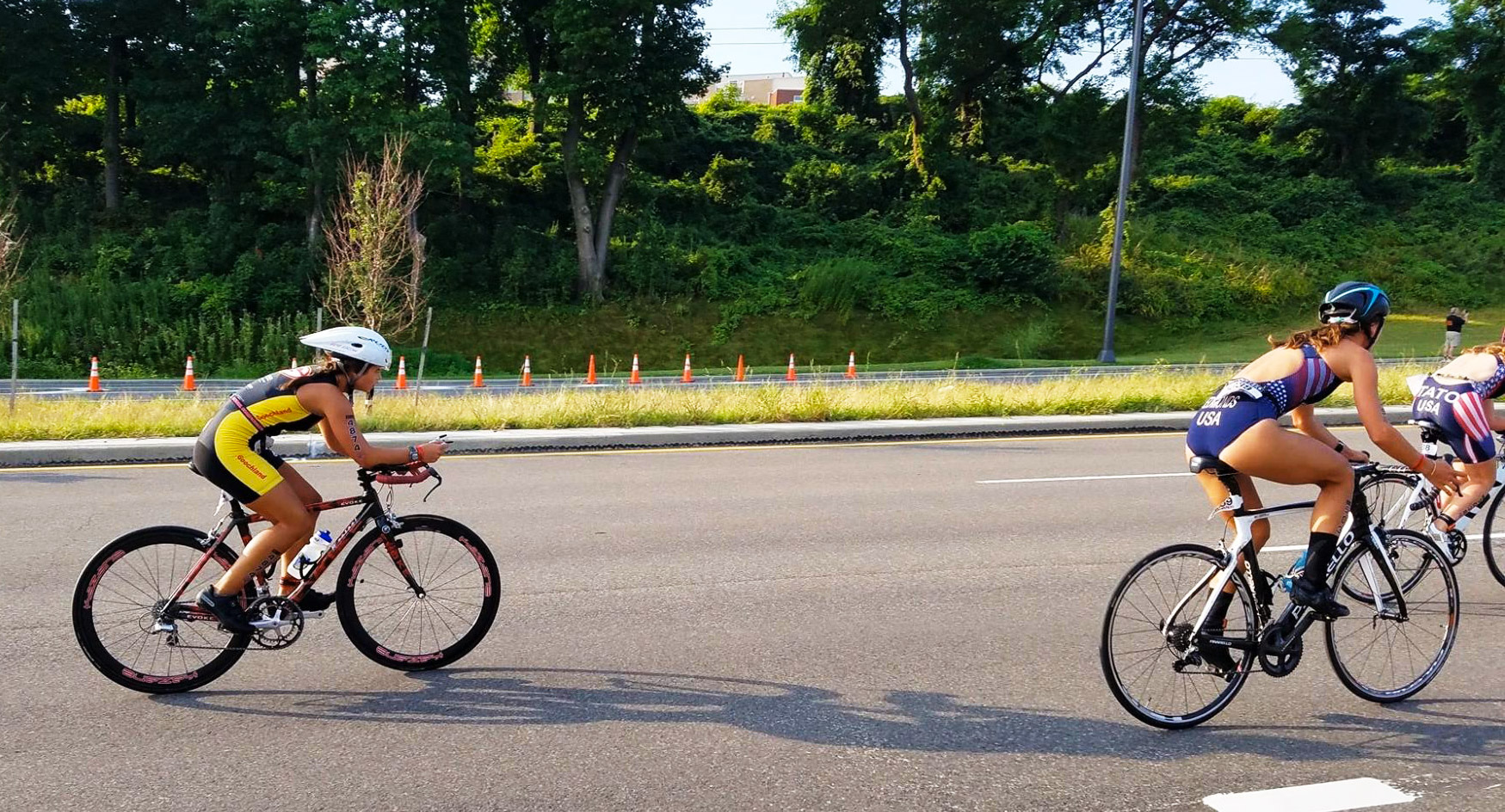 After Anna Kate began using Zwift regularly, her father reached out to Zwift CEO Eric Min to share her story. One result of that interaction was Zwift raising the age limit for free children’s accounts from 13 to 16. Learn more about getting a free account here.