New York's Gotham Grind is a figure 8 route that stays on the ground-level roads of Central Park while avoiding Harlem Hill to the north, making it one of the flatter New York routes.  But this is not a flat route! With 315' // 96m of elevation gain per lap you need to stay alert and be ready to hammer so you can hold a wheel up the rollers and short climbs.

What follows is a look at key sections of this route complete with racing tips from Zwift Pro-Am regular Hywel Davies. Hywel is an ex pro Ironman triathlete and time trialler. As a racer, Hywel says he "has the talent of being hard to drop rather than having a killer sprint." Follow his tips to achieve your best results on the Gotham Grind route!

Gotham Grind was where I won my first ever Zwift race trophy! It's a course that allows good race tactic practice without the risk of getting dropped on long drags or short explosive climbs. It’s a rolling course that rarely sees long breakaways but keeps you engaged in thinking tactics throughout. 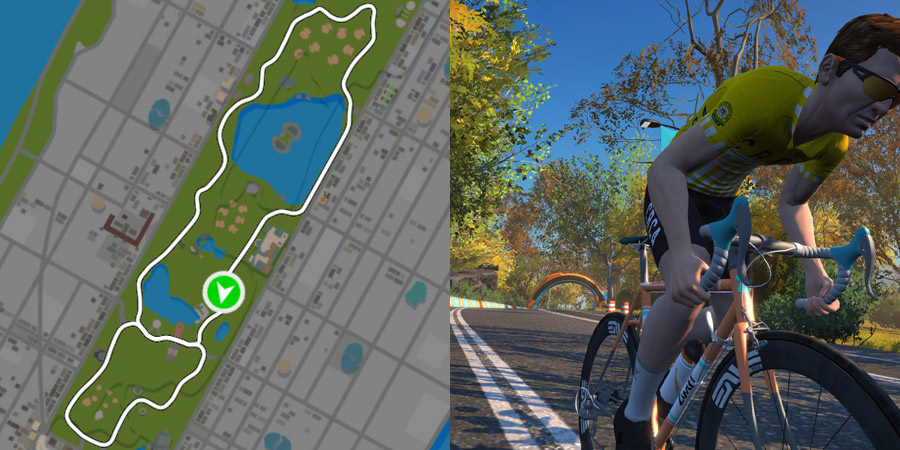 Like every race in Zwift, the start of Gotham Grind is fast and frantic. "But," Hywel points out, "it is one of very few that has a downhill start, so hope is not lost if you are slow off the mark, as the pace does settle quickly. You also have the benefit of a powerup as soon as you pass the start/finish banner."

Make sure you're warmed up nicely before the race begins!

#2: Kicker Into the Sprint 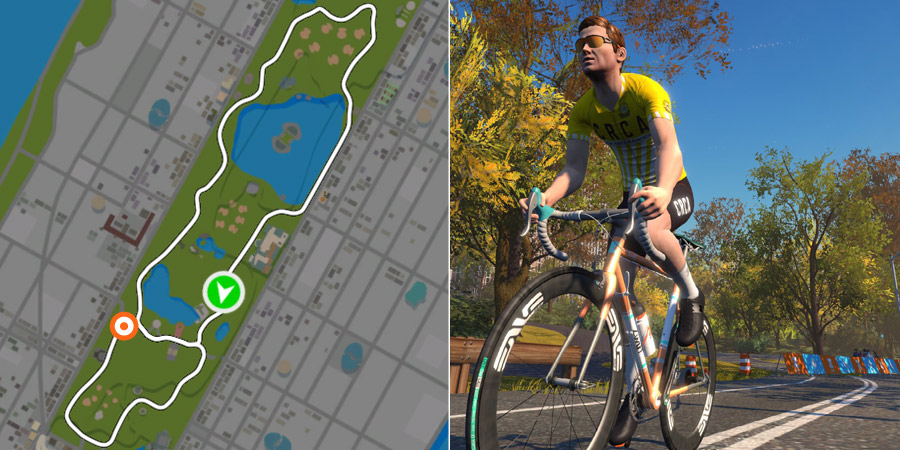 Keep your head up as the course swings right through Bethesda Place. "It’s here that your race tactics need to be on point, as you need to move up through the pack on the flat approach to the short kicker before the sprint," says Hywel. "Rely on the draft and push hard up the hill. It's unlikely that any sprint attacks will get away on the 9-10 sec downhill sprint, but the good news is you'll get another powerup!"

Regroup as you continue around the southern loop of this course, but stay alert! Hywel says, "The road is not flat and you will need to keep gaps closed. Gather speed down the East Side Bump and back through Bethesda Place. The race now gets to the hardest point." 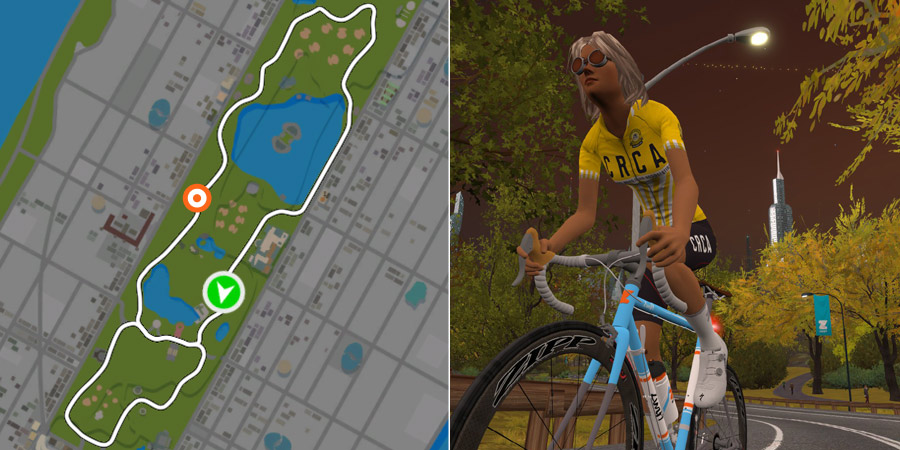 "This is the best place to attack and also the place you are most likely to get dropped," advises Hywel. "The pace picks up long before the steepest section and you need to stay near the front of the pack as the 2-3% rise kicks up to 6-7% for the final 200m and gaps open up. A big effort is needed here to keep in the group but rarely will a solo attack get away."

If you are a few seconds off the back, push hard to catch the group's wheel before the descent down to the baseball fields. If you are in the pack, this downhill is a great place to recover. 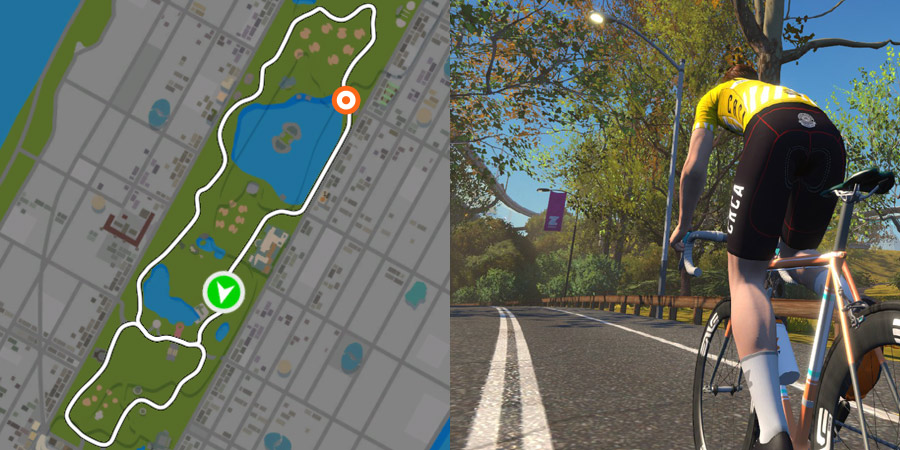 After the cut through near the baseball fields you will encounter the last short climb of the route. "Another place that a brave solo attack can go," says Hywel. Don't fancy your chances at a long breakaway? "Stay in the pack, stay patient, and do enough up this climb to stay in the mix." 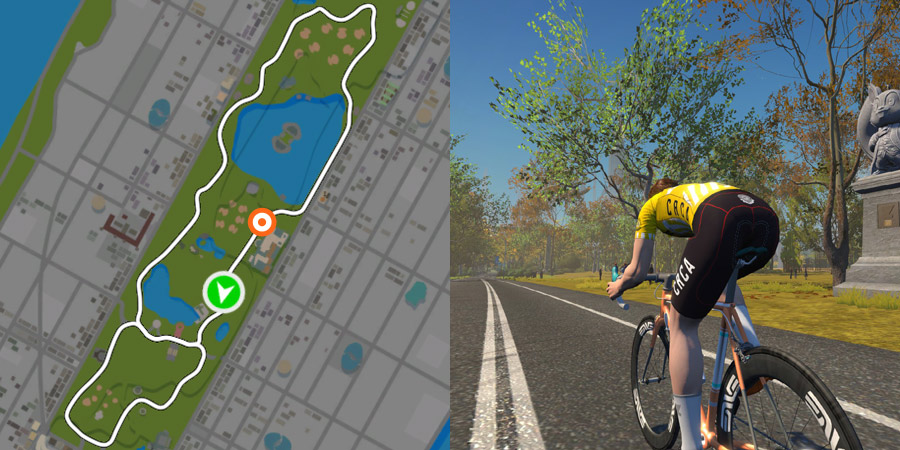 "The final 2 kilometers of this route is one of the best sprint anticipations in Zwift," says Hywel. "It's not flat, so it gives a long-range solo attack a chance. But it's also very high-paced, so unless you are in the front of the pack, it can split and leave you stranded.  It rises until you pass the ramp for the glass roads then flattens and slight downhill for the final 1 km."

Look for the Scottie the Squirrel statue on your right with 600m to go (see photo above).  If you are in the lead pack, this is where you need to think about timing the sprint.  Hywel warns, "There are no markers, but when you see the stone pillar bridge, it's too late! So go all-in with  300-400m to go as you will not see the banner until the final 100m."