The Volcano Flat Reverse route is one of Watopia's flattest circuits, but there are a still a few short ascents that can catch an unsuspecting rider by surprise! While you're racing this route, enjoy the scenery which includes the Volcano's magma field, the oceanfront fishing village, and Ocean Boulevard's underwater tube.

What follows is a detailed look at the key sections of the Volcano Flat Reverse route with racing tips from level 50 Zwifter and experienced A racer Christopher Schwenker who hails from Long Island, New York, USA. Use his tips to achieve your best results on this popular race route!

Watopia Volcano Flat Reverse is an engaging and exciting course for all racer types and styles, with tactical opportunities for puncheurs, rouleurs, and grimpeurs alike. It’s multiple moderate inclines, terrain and surface variations, and extended flats forces racers to remain alert and prepared to respond to attacks and break attempts. And if your savvy and strength finds you in the break, or a large group stays together in the waning stages, Volcano Flat Reverse provides for one of the greatest sprint timing challenge finales on Zwift. 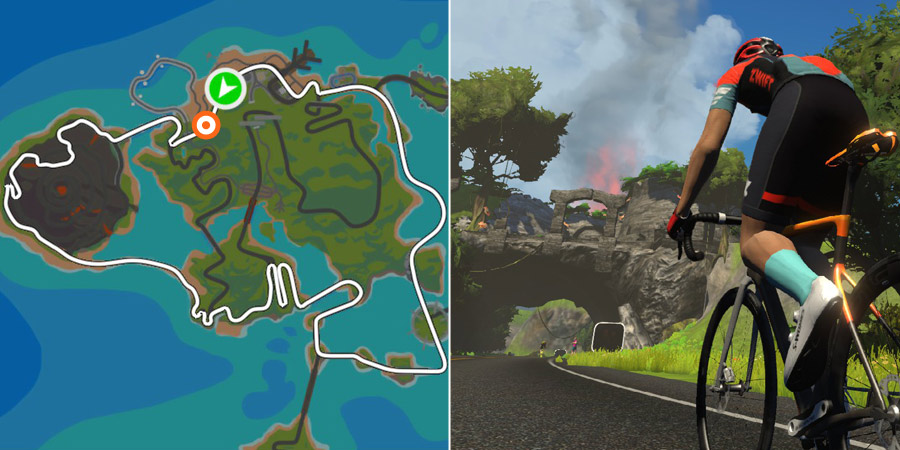 The start pens are located on the pier in downtown Watopia, and you'll begin by traveling under the start/finish banner - the loop’s only powerup opportunity. Christopher warns, "Don’t get comfortable for long or you will be surprised by the first key section, a ~500 meter 2-4% incline where the experienced will prey upon the unsuspecting with a strong effort, stringing out the group and catching the unfortunate out."

Expect the pace to remain hard and fast over the crest of this rise and into the first left turn just before the glass tunnel. 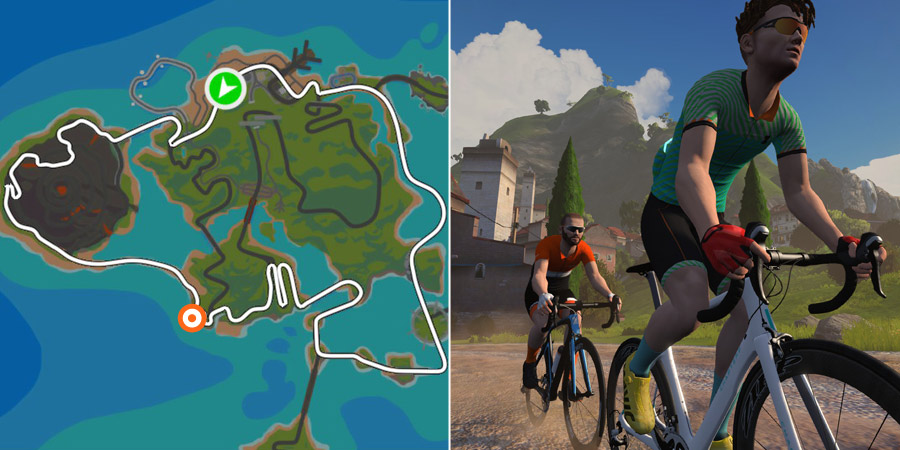 Christoper calls this section "the highlight of Volcano Flat Reverse," and he's right! This is where the biggest attacks will come, so Christopher advises us to "make sure you're well-positioned as you cross under the bridge at 5km, where the increased rolling resistance of the terrain and multiple switchbacks make this 300m 3% incline seem longer than it is and the pace will make it hard!" 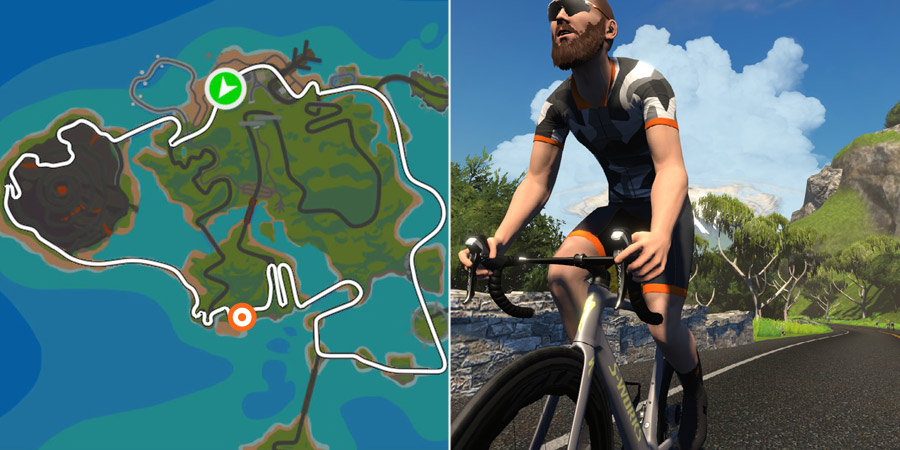 "Take a shallow breath when the dirt turns to cobbles and enjoy a slight reprieve for a level 100’ before the second step of this pain ladder," says Christopher. You made it to the cobbles of the Italian Villas, but the pace is about to heat it up once more!

The rollers up past the noisy waterfall catch many riders who are struggling near the back, trying to recover from The Dirty Climb. Christopher describes as "a 4% punch followed by a false flat and another 4% counterpunch which will be ‘the race’ for many." 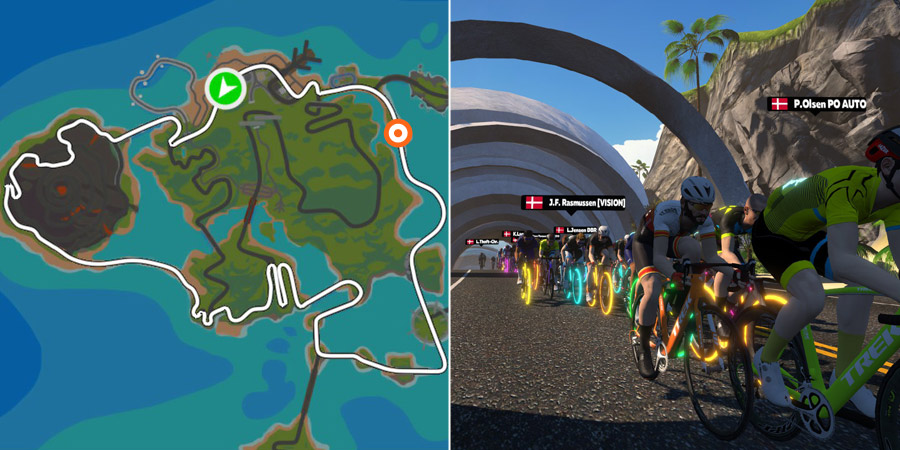 Christoper says, "The group resets for the remaining with the right turn towards Sequoia Circle and the gradual descent to the docks. Be vigilant as the terrain varies approaching the underwater tunnel when thoughts of the grand finale pervade your hypoxic dreams."

Things should settle down for a bit, but be ready when the road ramps up out of the ocean tunnel to put in a solid dig - especially on the final lap! 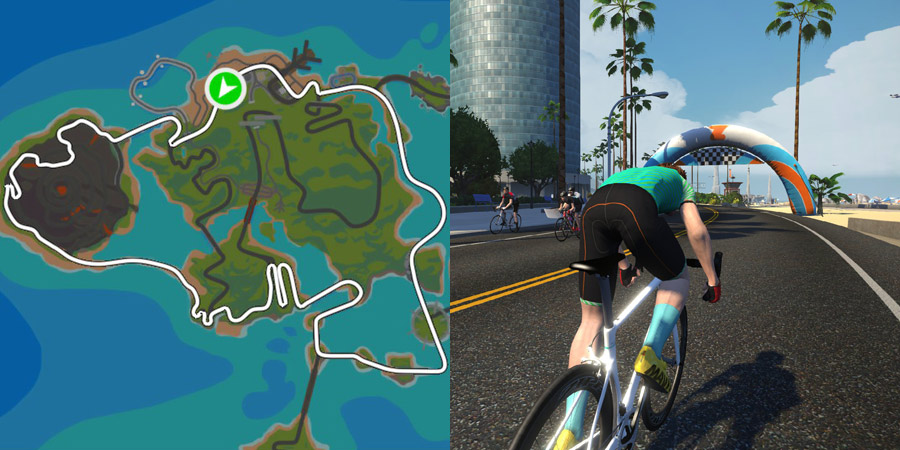 Christopher walks us through the final meters of Volcano Flat Reverse:

The run-in to the finale is complicated by two short shallow inclines which invite the opportunity to put the last puncture in the tire of the less fit, and soften the legs of those with designs on sprint victory. Take the right turn towards Downtown and the finish banner, but know that you still have a deceiving 700m to go. The fast downhill run-in to the line will make you itchy to jump, but this is often a sprint finish which rewards the patient, the lucky with an aero powerup, or both!

Today's Plan and Zwift Academy Road over 2 years ago