She joined Zwift Academy in 2017 just for fun. It was starting up just as she was finishing her triathlon race season, and she wasn’t ready to stop training.

Up to this point, she had avoided indoor training at all costs. It was hard for her to get used to it at first.

“Zwift, thankfully, is so engaging that it ended up being way more fun than I thought it would be,” she says. “I had something interesting to look at, and the power numbers were right there, and I could stay really focused.”

Zwift Academy is a community training program and talent search. To graduate Zwift Academy Road 2021, participating cyclists will complete 6 structured workouts and 2 group rides within an 8-week timeframe. They’ll also get a measure of their progress with a baseline ride at the start of the academy and a finish line ride at the end. One man and one woman each year will earn a pro contract! Most riders, though, aren’t going for the contract and join for the training and the community.

Near the end of the academy, Portella got an email saying she was being considered for the semifinals.

“It came as a complete shock,” she says. “I think my heart stopped.”

While she ultimately wasn’t chosen as a finalist or the winner of the contract, she was pleased that she got as far as she did.

“It was a great honor, because there are so many talented women out there,” says Portella. “Just to even be considered for something like that was really crazy and humbling.”

To learn more about Zwift Academy Road and to enroll, click here. 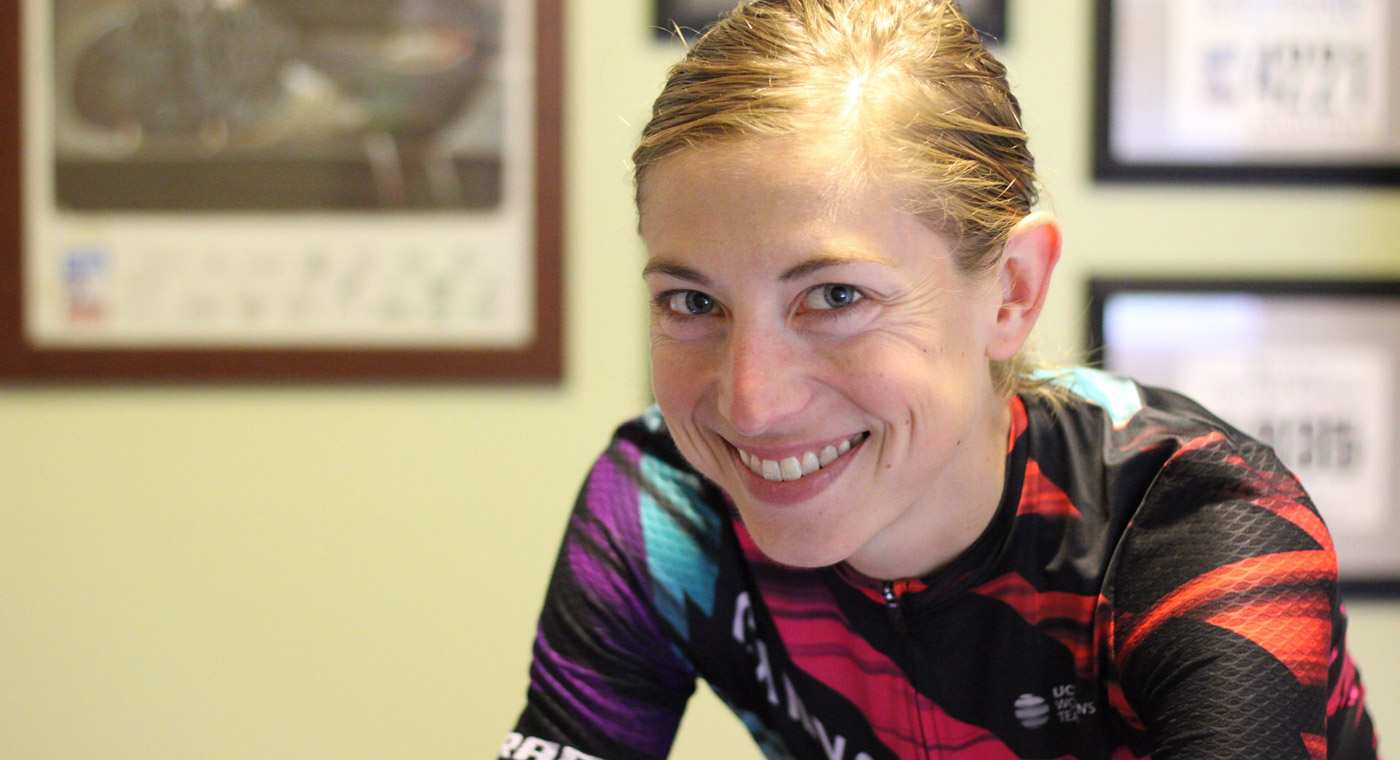 Portella, 36, is a triathlon coach with Bolton Endurance Sports Training and also works part-time at a bike shop in Florida.

In 2017, Zwift Academy Tri didn’t exist yet, so Portella took a plunge into the world of road cycling. And it set a fire in her.

“I started actually racing bikes and just getting into that cycling community a little bit more,” says Portella. “It opened a different world of training for me. It opened my eyes to know where I have some potential, and I thought, ‘Let’s try to work on that after the Academy.’”

Once she graduated, she began doing more road cycling rides and events. She registered for a USA Cycling race license, worked her way to category 3, and was on her way to a category 2 upgrade before racing took a pause.

Portella is proud of her progress. But there’s another big reason she keeps coming back to the Academy year after year, and that’s the camaraderie.

“It’s women riding together and suffering together – all these women on their bikes in front of their computers,” she says. “It’s always fun to see how women can come together from everywhere to join in this one particular thing… Everyone kind of understands what the other person’s going through.”

While she loves riding outside, she doesn’t avoid training inside anymore. In fact, for certain things, it’s better – Portella says it’s easier to hit specific intervals and stay focused indoors.

The hope of a pro contract is always in the back of her mind since that first year of Zwift Academy, she says, but that’s not her main reason for joining. Portella enjoys competing against herself.

If you’re completing Zwift Academy for the first time, Portella encourages you to embrace the unknown!

“You discover a lot about yourself and your mental toughness, and the desire to get those gold stars (during workouts) can be very rewarding,” Portella says. “You push yourself to your limits... The workouts have always been a little different each year, and they are definitely challenging each year.”

But it’s not just about working hard. Embrace the community, too – the other riders are a big part of what makes it fun and engaging, she says. You’re all in it together, and you’ll support each other as you go through the Academy.

In the Facebook groups for women and men in the Academy, participants talk about how their workouts are going, encourage each other, and ask and answer questions. You can learn a lot from them.

“I think it’s definitely a wonderful tool to get you into the sport,” she says. “It’s a community of people that all have a passion for cycling and for doing the best they can.”

And if you still feel like you don’t know what you’re doing, that’s okay. You might just surprise yourself.