Sometimes you need a quick pick-me-up, but you want a gentle start. The ODZ Wednesday Coffee Ride might be just the thing to energize you, since it starts as a social ride and ends in a flat-out race!

“It’s great because it’s less than an hour, done before 6:30 a.m., and intensity is less than 20 minutes,” says leader Mitch Dangremond. “Lots of banter and texting. Lots of riders who have been doing it for a long time.” 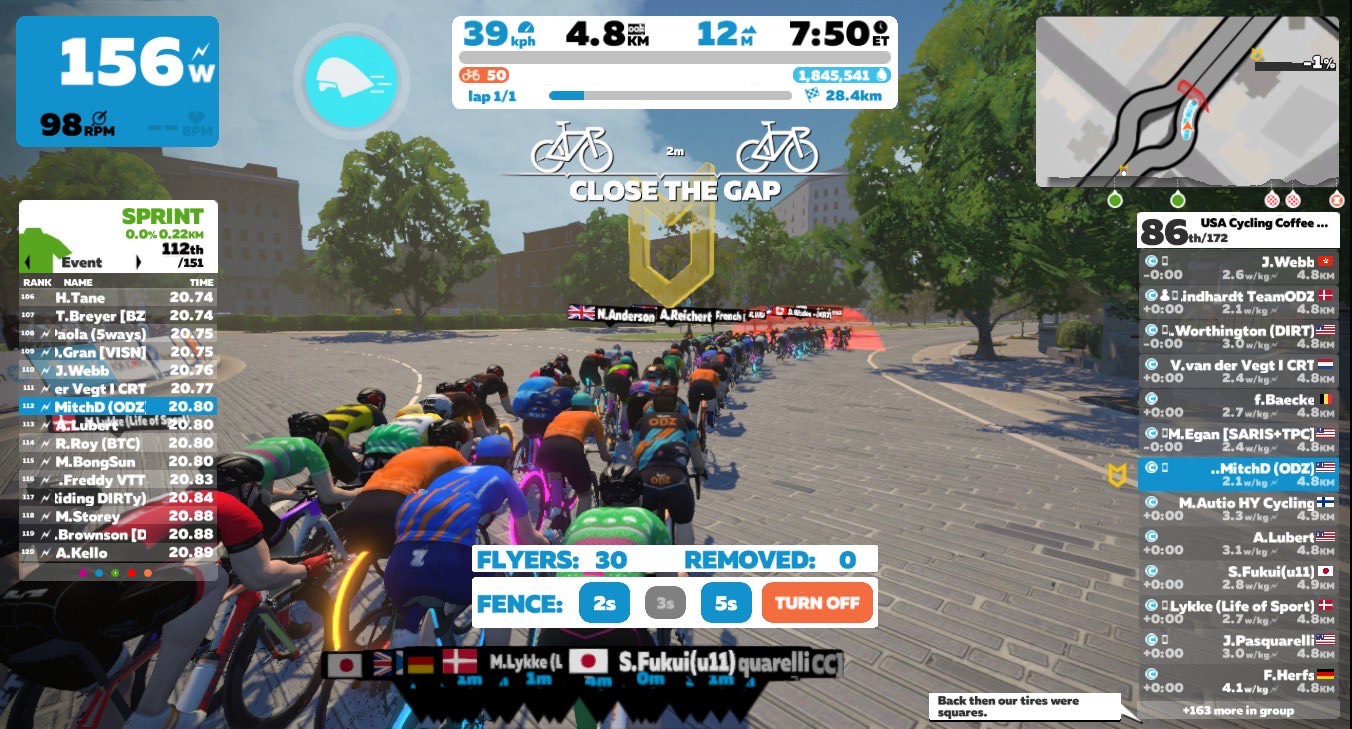 The Wednesday Coffee Ride with Hot Espresso, presented by Team ODZ, is a group social ride that ends with a race lap or segment. During the social part of the ride, the group tries to maintain 2.2 w/kg on flat ground and below 3 w/kg (closer to 2.5 if possible) on climbs.

Then get ready for a shot of espresso, because the last lap or third of the ride is a race! This part of the ride is usually 20 minutes or less, so riders don’t need to choose a category.

“All riders are cajoled to get behind the ride leader and then the ride leader starts the race. It’s then all out until the finish,” Mitch says. “We’ve started a points series that last about twelve weeks where the top ten finishers each week are scored.”

There are no formal sweepers, but members of the group often volunteer if someone requests some help getting back to the group. The ride typically draws 125-225 riders, and there’s no shortage of friendly chat and banter.

“Our weekly excuses chat segment is always fun,” says Mitch. “The 5 minutes before the race segment are dedicated to everyone’s excuse why they won’t podium that week.” 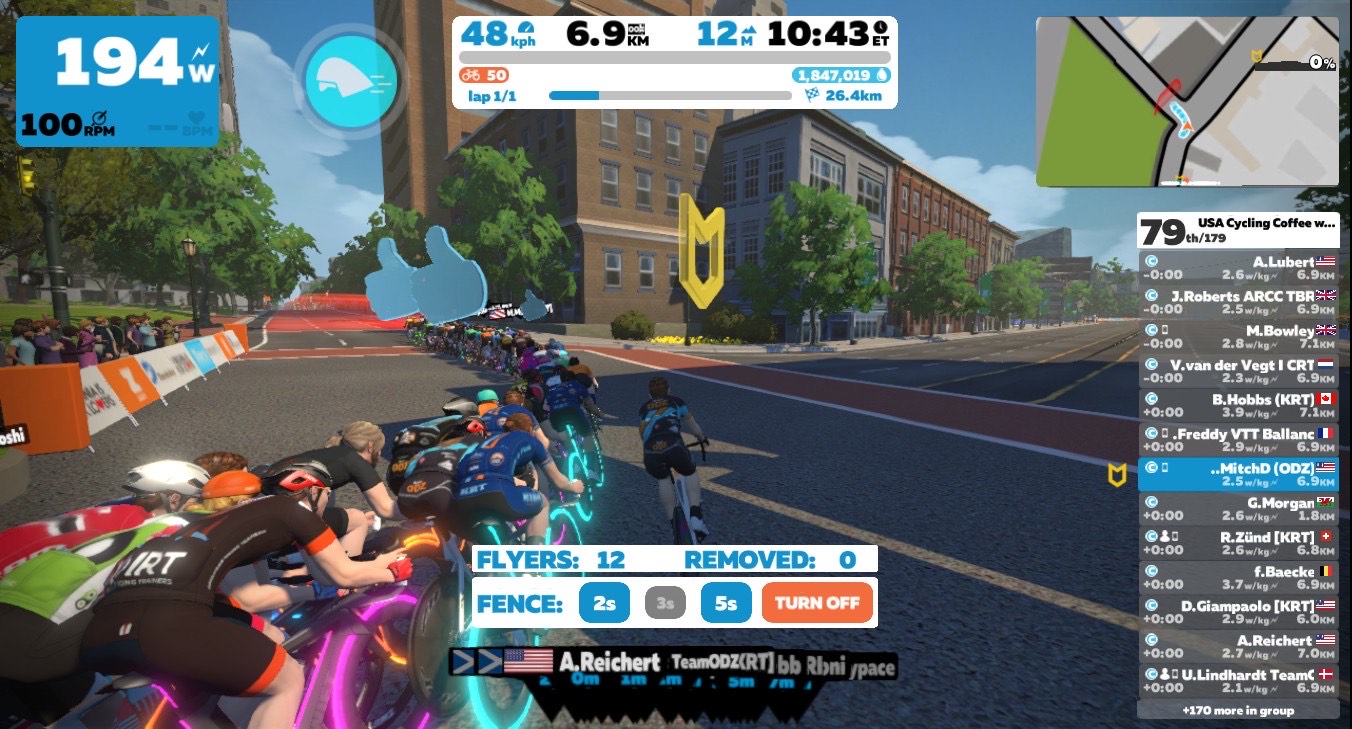 This ride has been around a while, and Mitch thinks it started around 2017. Here’s more from him:

“ODZ always had a Saturday coffee ride but it was West Coast centric and a 2.5 w/kg social pace. This ride started on Wednesday at more of an East Coast time and was targeted at C and D riders. Over time every class joined in but we kept the 2.2 w/kg pace.”

Mitch Dangremond is the most frequent leader. Stephane Lefebvre is an alternate and has been a long time ODZ rider. Robin Zuend from KRT has been leading as well at times, and he manages the points series.

Dangremond has been on Zwift since Beta and has led many rides including the ODzentury (2.5 version) and the Castelli Thursday Night Throwdown series.

Find more information about Team ODZ, the Wednesday ride, and its other coffee rides at teamodz.com.