We are pleased to announce the 10 Semi-Finalists of the CANYON//SRAM Racing | Zwift Academy!

These women finished with stellar performances in the Qualifying Stage. They are now one step closer to the Grand Prize: a pro contract with the CANYON//SRAM Racing team for 2018. Our partners at Wahoo are awarding each Semi-Finalist a KICKR to help power them through the next stage. They will also receive a Rapha CANYON//SRAM Racing kit.

They’ll face a series of Zwift Structured Workouts and Outdoor Workouts designed by the coaches at TrainSharp. The group then narrows to 3 finalists, who will head to CANYON//SRAM’s training camp in Koblenz, Germany from November 30th - December 6th.

Congratulations to all participants! 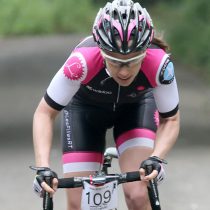 This London-based marketing professional caught the cycling bug and never looked back. Specializing in time trials, Helen won the 2013 Duo Normand TT (mixed pair) and placed 2nd at the 2015 UCI Amatuer World TT Championships in Denmark. This 39-year-old is unstoppable, getting stronger each year with plans to ‘race until her 80’s and 90’s. Helen has dreams of using her talents as a super-domestique for a top team. 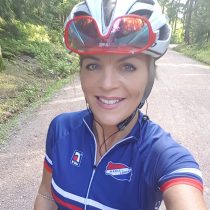 A lifelong athlete, Siri grew up in the remote Norwegian countryside skiing, cycling and even racing horses. She’s competed in XC ski and MTB before turning her focus to road cycling, where she amassed gold, bronze and silver medals at Norway’s Road and TT Master’s Nationals, among other achievements. This 46 year-old dynamo is a Molecular Cell Biologist and proud mom of two of the ‘coolest kids’ who join her in many of her activities. 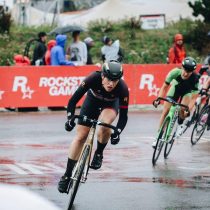 After 15 years of triathlon, Tanja realized cycling was her strength. This 28 year old former nurse, who is currently finishing up an advanced medical degree in Dortmund, Germany, is fearless on the bike. She found a special talent for fixed gear crit and track racing. She scored a podium at the Red Hook Crit in Barcelona and won the elimination race at the Berlin 6 Day this year. Tanja has previously won a national championship for her age group in Olympic distance triathlon and now uses that strength to push the pace in every peloton. 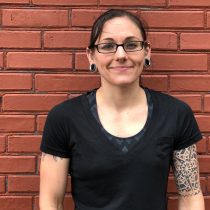 Bri is a passionate cyclist who has just recently discovered she has what it takes to race. The 29 year old has been commuting for over a decade, taught spin classes for the past 5 years and loves her bike job at Gregg’s Cycles in Seattle. A natural hill climber, Bri can sustain a powerful wattage over a long period of time. This former roller derby racer (name Zombrie!) would love to combine her love of art and bikes by creating custom painted frames. 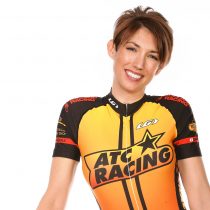 Christie has an exciting athletic background prior to racing bikes. She was a softball fast pitcher and volleyball player before moving on to figure competition, Olympic weightlifting and crossfit. In 2013, she turned her efforts to bike racing. A self-described ‘diesel engine,’ Christie won a Masters National TT championship this year and is the reigning 12 hour Women’s National Champion. This 38-year-old also started and managed her own race team and produces a massive annual Gran Fondo in her hometown of Austin. An animal lover with an extremely supportive husband, Christie also has time for her day job in accounting/finance at a multi-national environmental company. 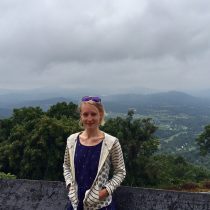 Haley ran track and played rugby before joining the University of Pittsburgh cycling club. Before long, she was winning big collegiate races. A climber who excels at ‘races of attrition,’ this 27 year old is fiercely competitive. Her dreams include conquering the biggest climbs in Europe. During the day, she works at Big Bang Bicycles in Pittsburgh and in her downtime, she enjoys home renovations, building furniture and bird watching with her husband and 2 dogs. 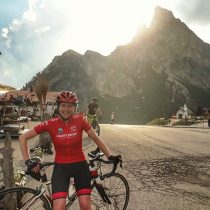 Rosie is an Aerospace Engineer who manages a team that repairs jet engines. As if her day job wasn’t exciting enough, she spends the rest of her time seeking out new adventures. In her junior years, she rode horses, competing in dressage and showjumping. Now 28 years old, her feats include mountain marathons, bouldering and even a 4th place Ironman finish. She excels on climbs and loves a technical descent, both mountain and road. 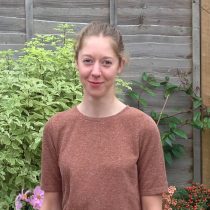 Ruth picked up the bike with the intention of getting into triathlon, but cycling won out. Her ability to sustain high power for long periods of time sets her apart in the pack. The ZA training has sharpened her skills and now she’s dropping the guys on her local ride in Eastbourne. A pharmacist who loves to bake (her flapjacks are famous!), this 27-year-old also loves to train. Her motivation and strength have scored her numerous podium results in both stage races and criteriums. 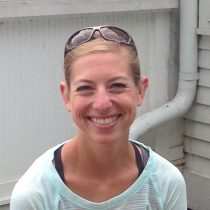 A runner in her youth, Sarah fell in love with triathlon post-college and left her career to pursue coaching. This 34 year old has landed on the podium at several 70.3 Ironmans. She realized that cycling had become her favorite leg of the triathlon, so she joined ZA to see how far she could push herself. She lives in Birmingham, Alabama with her very supportive husband. She balances a full workload, as a coach with Bolton Endurance Sports, a Distance Coach for cross country and track at Birmingham Southern College and a part-time gig at Trak Shak, a running store. 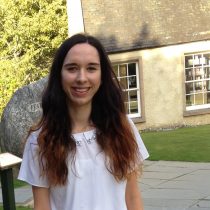 Chloe picked up cycling in 2013 and showed immediate potential. She comes from athletic stock, with one sister who competed at Kona Ironman and another who ran with Scotland’s national program. She quickly rose through the ranks before being sidelined with some serious injuries in 2015. The 24-year-old took some time off to recover and pursue her law degree. Upon completion, Chloe joined ZA to launch back into the sport. This highly-motivated climber is determined to take her talents to the next level.

Getting To Know Zwift’s Newest Group Workout Leader, Coach Hendy over 4 years ago