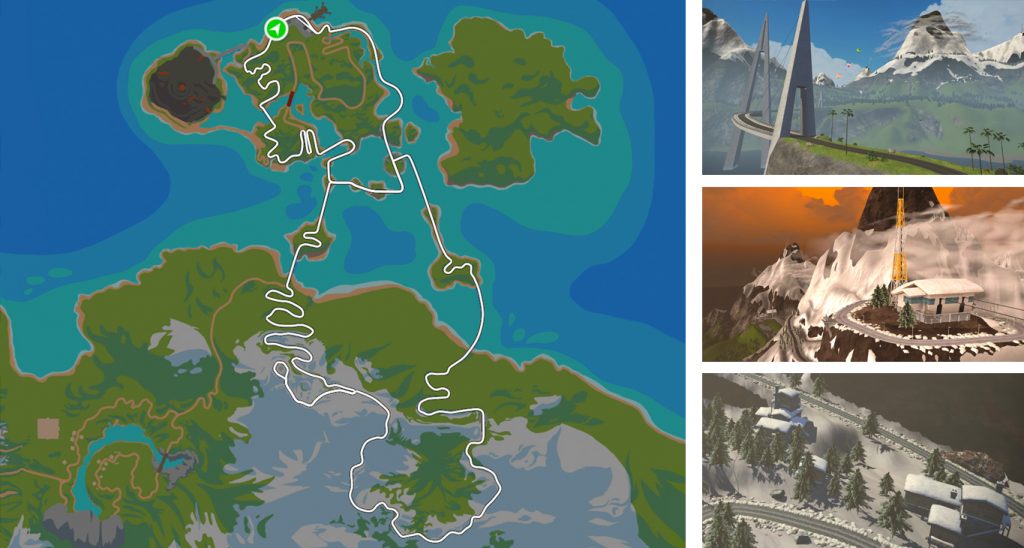 The Mountain 8 route combines the Epic KOM mountain and Radio Tower climb, ensuring a ride with solid climbing and a good amount of flat miles, so you can recover.

The Mountain 8 route is the first time in the Tour of Watopia that you’ll tackle the Epic KOM in this counterclockwise direction. Because of this angle of attack, you’ll see the mountain differently.  Remember to save some watts to tackle the 17% slope at the top.

As you hit the steep switchbacks of the Epic KOM climb, you’ll notice the landscape change from grass to the mountainous, snowy terrain. During this gradual change, we wanted to bring in a familiar mountain feature that would make it feel like you were really on a mountain range.

Ski lifts are common sites in many of greatest of mountain ranges. We wanted to bring this to life in the game. These lifts in the game come in and out of view as they travel up the rear side of the mountain. We had to make these lifts continuously move to bring life to the mountain. To make the gondola move, the ‘object’ would need to follow a ‘path’ in-game. The cables serve a real purpose — they show the gondola’s path.  The best way to see this movement is from the ski lift’s top terminal. 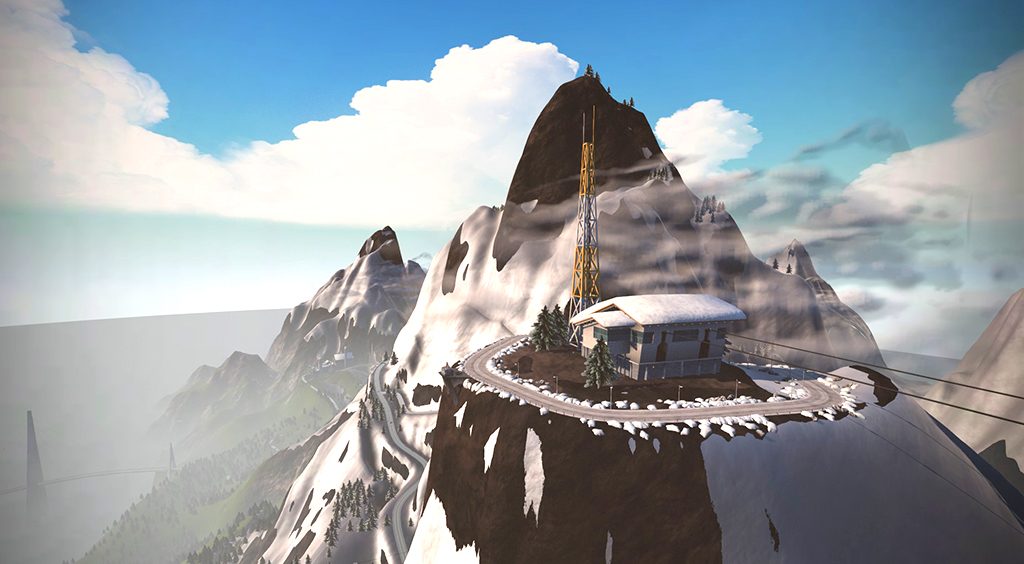 Why is there such a steep mountain road, you ask? We wanted a little more challenge than just the Epic KOM mountain. It’s a tough and great climb but didn’t feel like a mountain summit.  We wanted that intense feeling of accomplishment that follows a true alpine effort.

The Radio Tower climb’s steepness provides the challenge and rewards you with the best aerial view of Watopia. And it gives the best view of the Alpe du Zwift. Take in the vista before you head down the hill — you deserve it — and back into the main Watopia Island. 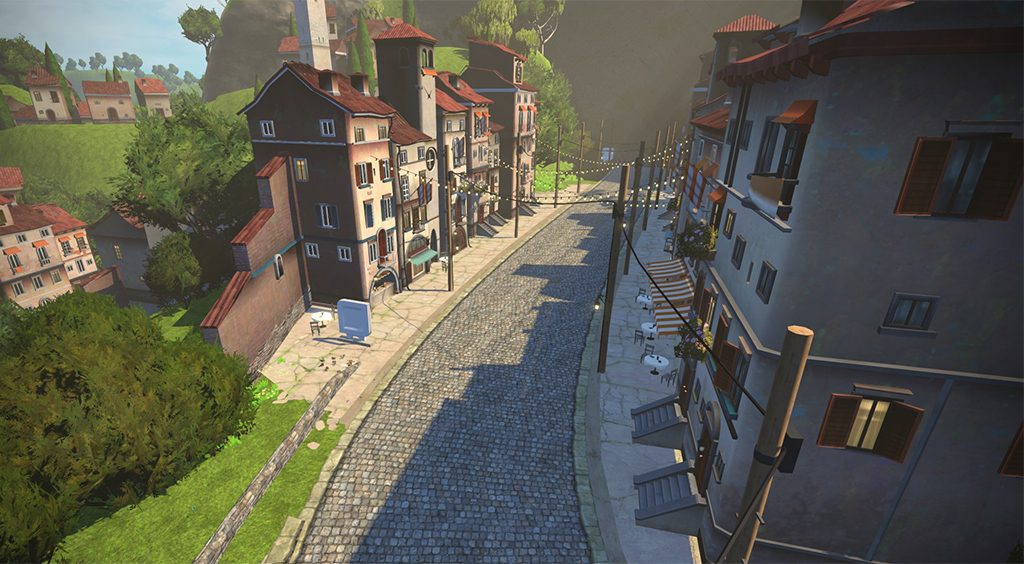 A few miles from the finish, you’ll reach the “Italian Village”, complete with cobbles, as well as a cascading waterfall and water fountain.  The cascading waterfall at the entry to the village is an aesthetically pleasing feature, but did you ever wonder how waterfalls in Zwift are made?

The waterfalls are actually a static feature, just like a tree, but to make it ‘move’ requires scrolling textures that overlap the static polygons. This texture that slides over the feature gives the impression of movement, creating a cascading waterfall.  Rising steam and lava flows, on the Volcano, work in the same way. Creating movement amongst the terrain helps make Watopia feel alive. So, we try to use this, and other movement tricks around Watopia to make it a fun place to be. Next time you’re out, keep an eye out for other moving textures that bring life to the Watopia.

Three Sisters - Tour of Watopia over 4 years ago