﻿Celebrate the upcoming AMGEN Tour of California the best possible way: By using your two legs to Zwift alongside two legendary riders. The March 15 event in our AMGEN Tour of California Series 2017 will be joined by former professional cyclists Ivan Dominguez and Rahsaan Bahati. The ride consists of three laps of Watopia’s 6.4 mi (10.3 km) Flat Route (check out ZwiftBlog’s cool map), covered at a moderate (non-race) pace. Beyond your fellow-Zwifters, you’d be hard-pressed to find better company than Dominguez and Bahati.

Dominguez, who is a native of Cuba and now a U.S. citizen, enjoyed a 20-year career as an elite rider. He won on the track (1996 Pan Am Games and 1997 Cuban National Champion), in criteriums (overall winner of the 2006 USA Crits Championship Series), and on the roads (stage wins at the 2007 Tour of Missouri and 2008 Tour of Georgia). 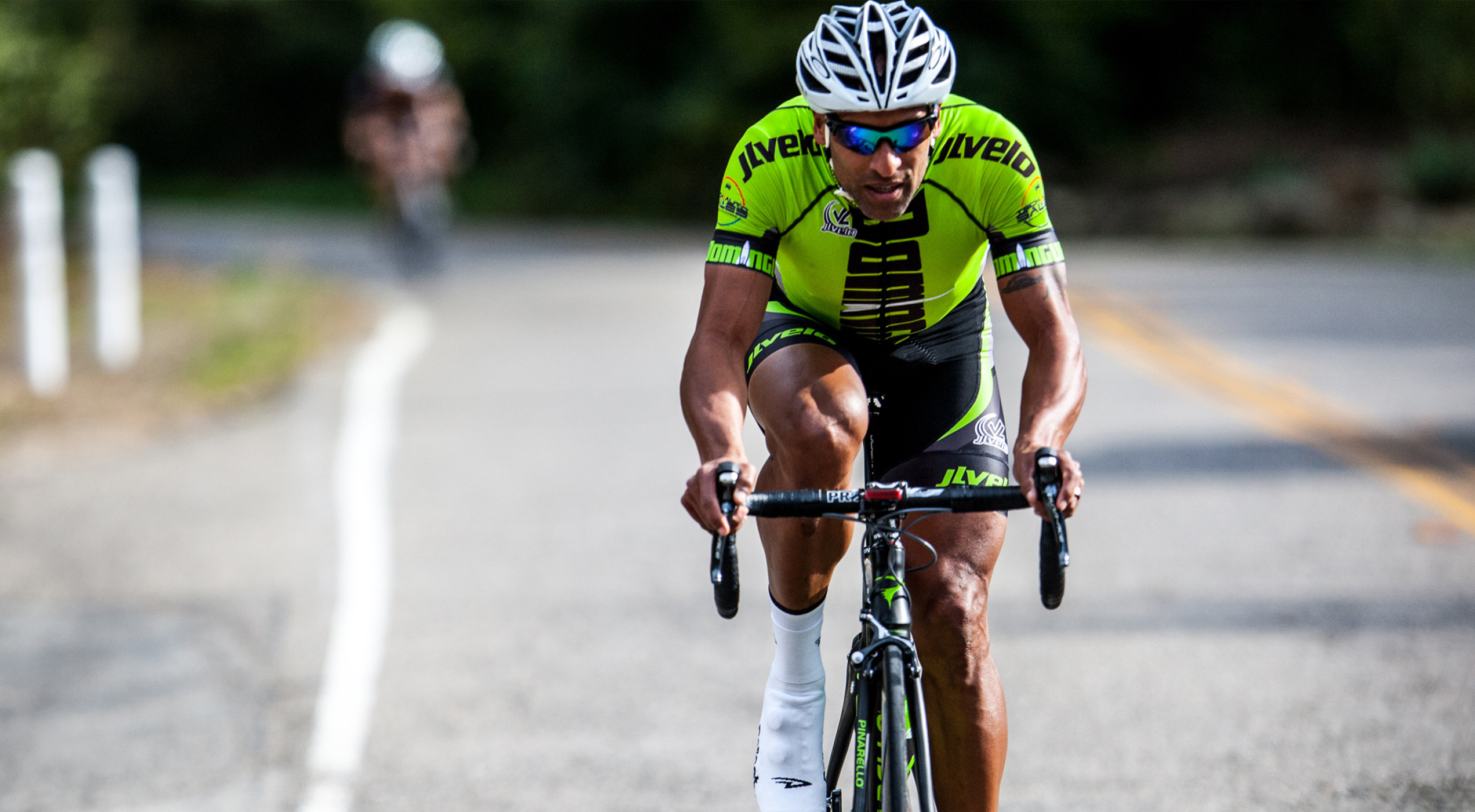 Dominguez, now a professional triathlete and coach living and training in Las Vegas, NV, also won the seventh and final stage of the 2007 AMGEN Tour of California. On that day, the “Cuban Missile”—as the pro peloton knew Dominguez—outsprinted, among others, future cycling great Thor Hushovd. The flat, fast, 10-lap circuit race went through downtown Long Beach, which is where Zwift is now headquartered.

“The laps were very hard, and then it came down to a huge field sprint,” says Dominguez. “It was great to win the Tour’s last race.”

Rahsaan Bahati also traveled an unusual route to cycling stardom. Bahati, who is African American, grew up an inner-city kid in Compton, CA—and nobody there talked about bike racing. But in middle school, a teacher told a then-disruptive Bahati to get involved in an after-school activity. He discovered cycling, albeit accidentally.

“It was either golf or bikes,” Bahati said on PBS last year. “I chose bikes because I thought he was talking about motorcycles.”

But Bahati discovered he had his own crazy-powerful engine. He became a national criterium champion both as an amateur (2000) and a professional (the USPRO National Criterium Championships in 2008), and over a span of 13 years won professional crits across the United States. He’s also podiumed on the track. 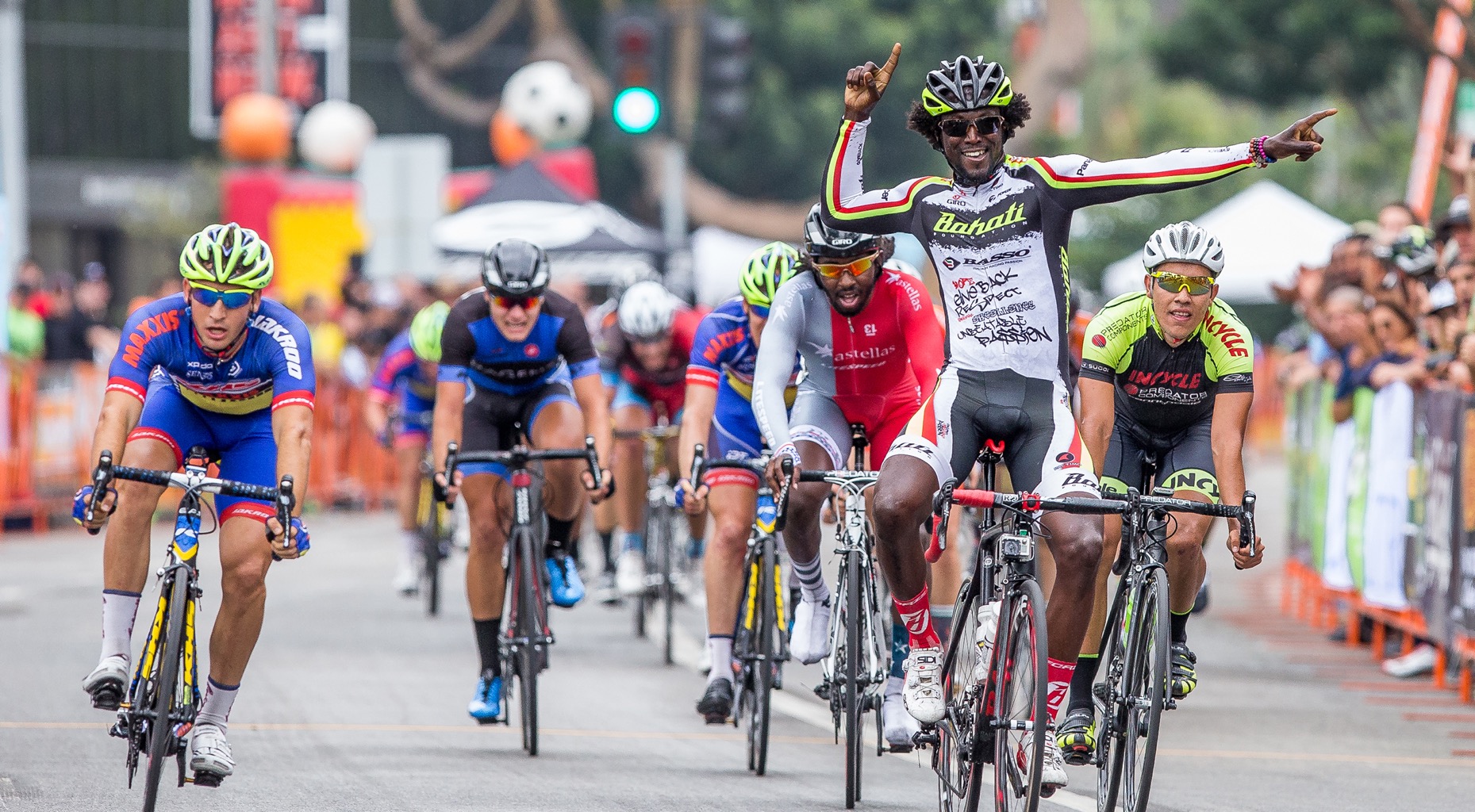 Among other endeavors, today Bahati heads the southern California-based Bahati Foundation Cycling Club, which supports and empowers underprivileged, inner-city youth in the realms of education, music, and sports (including, of course, cycling).

“Cycling lets you transcend where you’re from,” says Bahati, “or what you look like.”

Make a habit of joining our AMGEN Tour of California Series 2017 Wednesday rides (scheduled for evenings in the U.S.) and you could win a trip for two to the AMGEN Tour of California (May 11-20, 2017). To be eligible for the drawing you must participate in 7 of the 10 weekly rides occurring between February 15 and April 19 (here are the official terms).

But you certainly don’t want to miss riding with Ivan Dominguez and Rahsaan Bahati on March 15. Both have previously been Zwift ride leaders, and are passionate about Zwift. Dominguez sometimes Zwifts for three hours at a time, and he—like Bahati—remains a popular and known cycling celebrity.

“Not even 10 minutes go by and I get a lot of thumbs up,” he says. “It’s hard to text when I’m doing intervals. But sometimes I manage to say, ‘Thanks guys.’”

In fact, both athletes have always been known for their approachability. If you find yourself next to Bahati during the Watopia ride, make sure to say hello. You might be surprised at the response.

“I was never that guy that was too busy,” says Bahati. “I’ll always make time for anyone that wants to talk to me.”

Zwift Women are Extraordinary over 5 years ago