The Fastest Man on Zwift

If you have been following Zwift, you may have heard of Shane Miller or the blog LAMA Cycling. Shane is an IT man by day and an indoor cyclist by night. He and his wife Von live in Melbourne Australia and are avid Zwifters. After Shane annihilated the competition a few weeks ago at the Zwift Down Under events, we felt it only appropriate to sit down and get to know him a bit better.

The one question everyone asks: how long have you been cycling?

I've ridden bikes ever since I can remember. I took up competitive road cycling in 2005. Inspired by Lance back then, and now inspired by the current pros.

We have heard the riding in Australia is amazing. What kind of cyclist are you? Competitive? Triathlete? MTB?

Competitive road cyclist with a passion for time trials, breakaways, and an occasional mountain climb. I've ridden track competitively and participated in a team endurance MTB, and triathlon events. 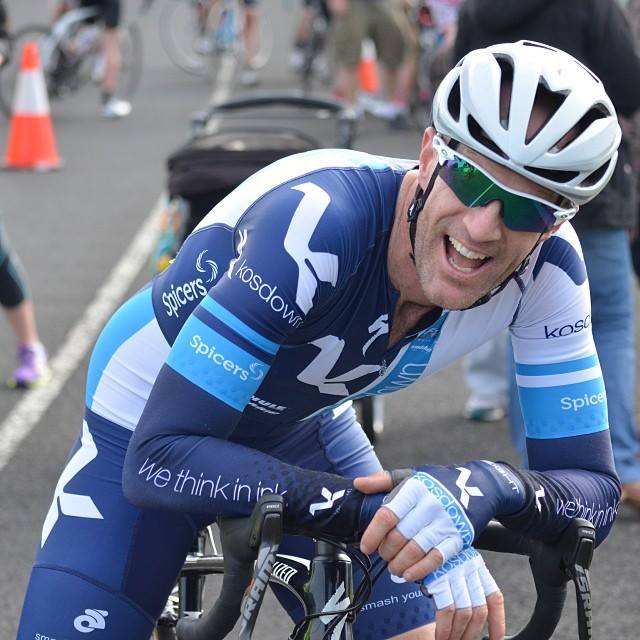 How long have you been using Zwift?

I received an invite not long after the Mac beta was released, so around three months now.

What was it that made you want to try Zwift?

Being in IT, I'm always tinkering with new technology, so I was keen to try Zwift and see what it was all about. From the first ride, I was hooked. The ability to chase KOMs, sprints, or the orange jersey, to riding with Jens Voigt, Fumy Beppu, Ted King, just to name a few.

What kind of training do you use Zwift for?

I do full lap efforts on Watopia for TT training. I use the KOM for shorter VO2 sessions. Then for sprints, I aim for roadside markers such as signs or bridges. The ability to ride Zwift as hard or as easy as you like is something that makes it unique. I was amazed that the level of detail that has gone into to Zwift to model the real world and bring all those elements to indoor riding. 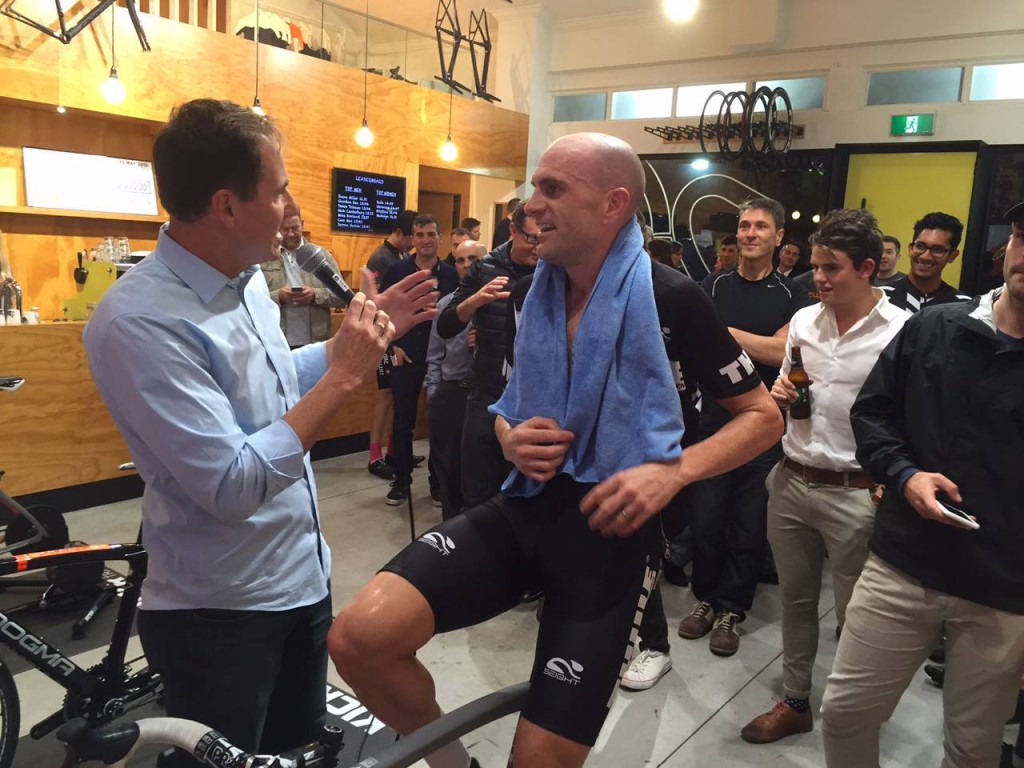 How did you get your wife into using Zwift?

Like most cyclists who see Zwift in action, she wanted to get on her bike and join in. Luckily, we have two supported trainers so we can both ride Zwift at the same time. And yes, it does get just as competitive on Zwift between us both as it does on the road.

You had some very impressive times at the event in Melbourne. Had you been preparing for the event?

I hadn't done any specific preparation other than riding the Watopia course (A lot. Did I mention I love riding it?), and making sure my legs were fresh to give 100% at both events. 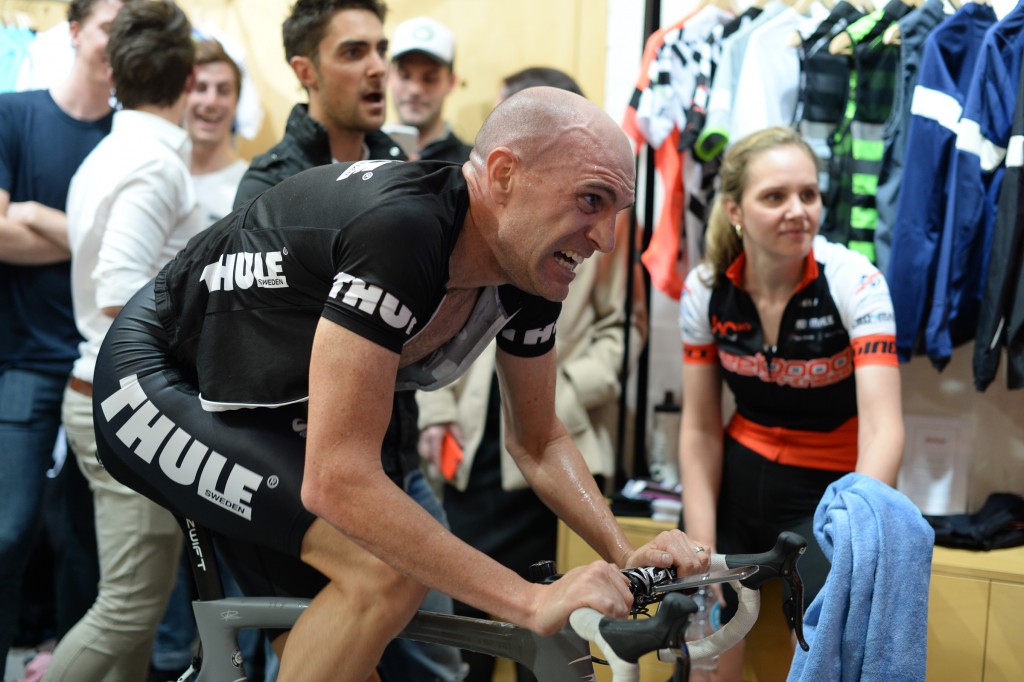 You won in both Melbourne and Sydney. Were you surprised to take the overall win?

I had a good idea of what lap time I'd be able to set in Melbourne after a few trial hot-laps at home. Being one of the final riders of the night, I kept a nervous eye on the leaderboard as some impressive times were being set by a number of local riders. Thankfully, with a lot of encouragement from the crowds on both nights, I was able to cross the line in 1st place.

How was the level of competition?

Both events had national level Elite cyclists competing to set the fastest times, so between all the beers and snacks, the competition was fierce.

The competition itself was a great addition to both events here in Australia. We had the opportunity to show people just how dynamic the Zwift experience is.

Which competition was better? Melbourne or Sydney?

Being from Melbourne, I'm obligated to say Melbourne. :) Although Sydney put on a fantastic show. Setting a new Watopia lap World Record in front of Eric Min, the Zwift CEO, was a memorable moment from Sydney. Traveling back to Melbourne on a a plane with a giant novelty cheque in the overhead locker and a massive trophy between my feet is something I'd never have dreamed of. 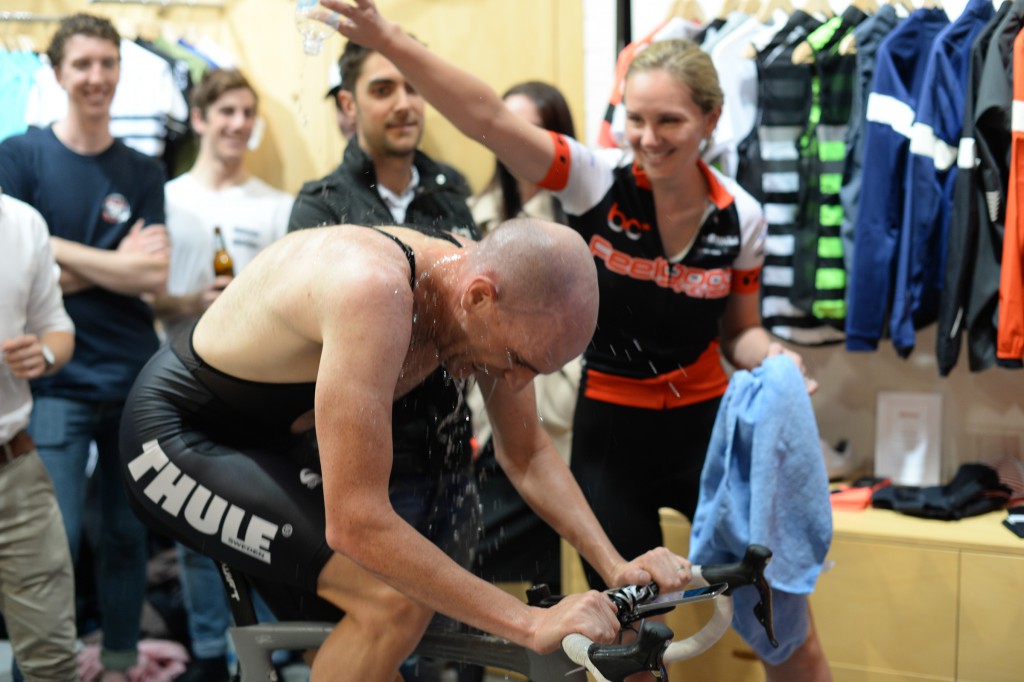 You write a blog and have been very active writing about Zwift. Tell us about why you do the blog, what you like to write about. What are some of your favorite stories?

I've been writing race reports since my first race back in 2005. I set out to give other people an insight into what happens in a race, telling stories of what went into the result sheet. This has progressed into writing about a wide range of cycling topics, typically things that grab my attention and that I think other people would want to read about too. Zwift is one of them.

One of my favorite stories I've written about was the 2014 Tour of Fiji. The experience we had in Fiji and the people we met made for an unforgettable week on the bike. A truly amazing place to visit.

The Zwift community is growing at a rapid rate and has such a diverse range of people involved. Engaging with other Zwift users and encouraging others to get involved is something I've really enjoyed.

Stay up to date on all the things Shane is doing over on his blog! Thank you Shane for taking the time and letting us inside your world. Great job out there and keep it up!

Zwift goes Down Under over 7 years ago