The London Loop route begins in the heart of London, where you'll race through Trafalgar Square and past Big Ben. But this is just a warmup: once you pass through the London Underground tunnels and find yourself in the Surrey Hills it's time for a go at Box Hill. You've got this!

What follows is a detailed look at key sections of this route from a racer's perspective. Veteran B racer Motti Pikelny has generously shared some pointers, so we know you'll enjoy this quick tour full of useful tips for top results when racing the London Loop. 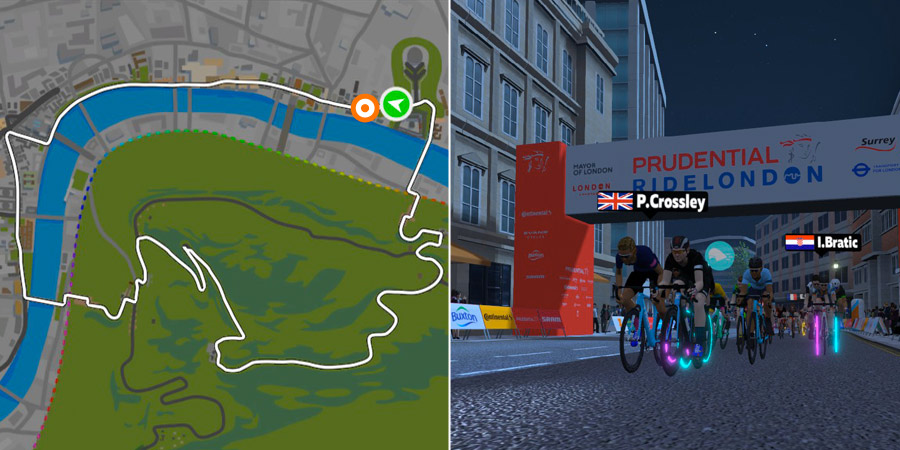 Be warmed up and ready for a hard effort at the beginning. The rolling terrain makes it easy to get caught out, so be attentive and ready to hammer up the short inclines.

Motti advises, "The course is tricky in that just around the time the fireworks tend to settle down in other races you hit a small gradient as you approach the start/finish banner. Be prepared for a continuation of the initial fireworks from riders hoping to establish a break, or instigate here yourself!" 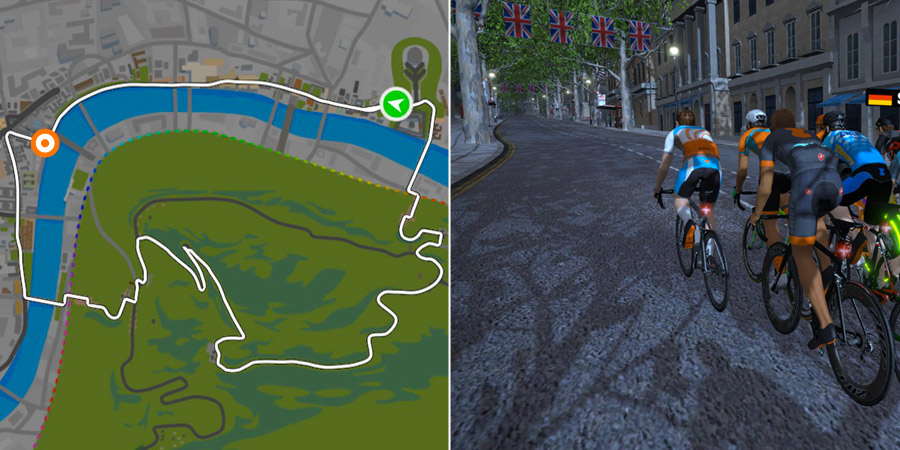 When the group makes a hard right away from the Thames be ready to hammer hard up and over Northumberland Avenue. Don't let up at the top!

Motti says, "This is another spot where it doesn't end when you think it will. Riders will often keep the power on after the gradient subsides to drop folks who have overcooked it on the short climb or who aren't watching the front closely enough."

Feeling good? You can push the pace here to encourage a break. Motti explains, "There is still plenty of ground before the climb to make it worth it, especially if the pack you escape is not too large and you have riders with you who are willing to share the work." 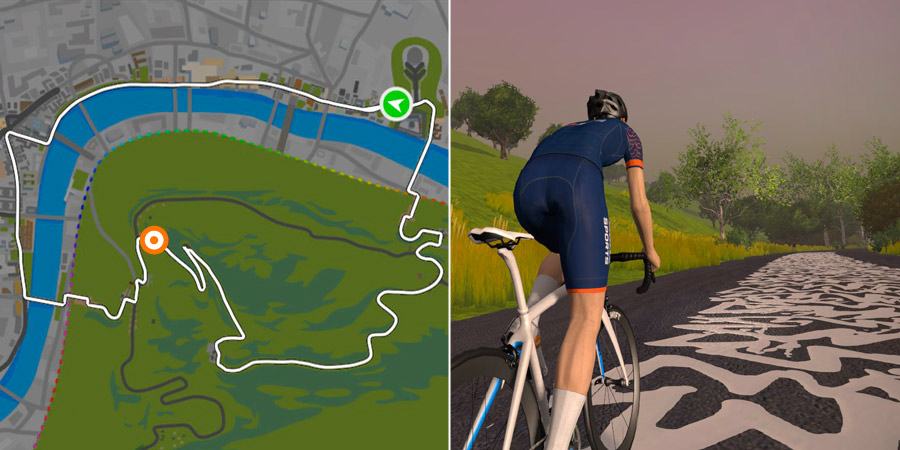 Box Hill is the most decisive section of this route. Set yourself up for success by surfing the wheels and pushing hard at the start, as Motti explains:

"Drafting is important because the gradient is not too severe and there are plenty of flatter sections where it can make a big difference. Keep your speed up at the base as there is a sustained flat section after the first rise before the speeds will start to come down. Be prepared to go over what you are able to sustain for the climb to stay with the group because others will do the same."

Looking to attack? Box Hill is a good place to do it, if you can get far enough away.

"If you are with a large group that is doing less than what you know you can sustain be careful about deciding to walk away.  Unless you go with enough riders, catch a group ahead, or have enough power differential to get a significant gap, you will be caught after the hill by riders who haven't worked as hard before the finish," Motti says. He shares more specifics for solo breakaways:

"If going solo and the group you leave has 4+ riders make sure you estimate that you will have 30 seconds or more at the top of the climb and enough headroom to continue hard to TT until the finish. If it is a double draft race you may need 45 secs or even a minute lead at the top depending on the size of the group behind you 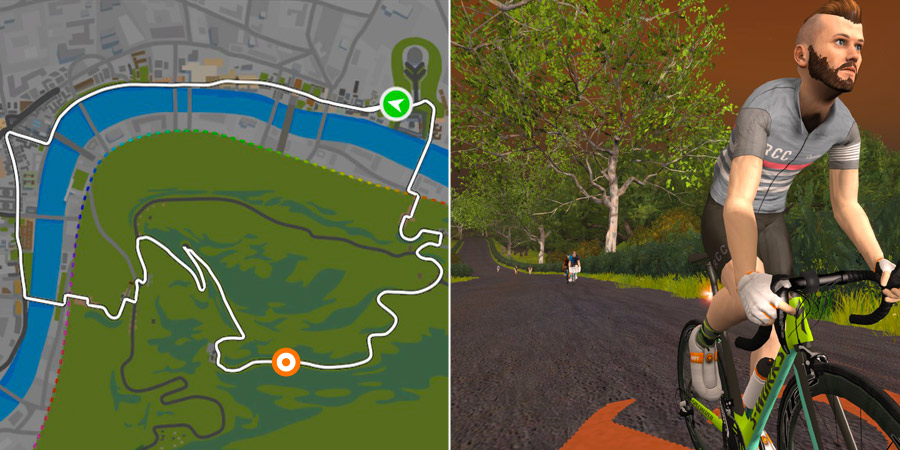 Once you're through the KOM banner and recovered a bit on the flats a short kicker comes into view. Motti says, "Prepare to lay down significant power to stay with others and keep the power up over the top until you are back up to speed." 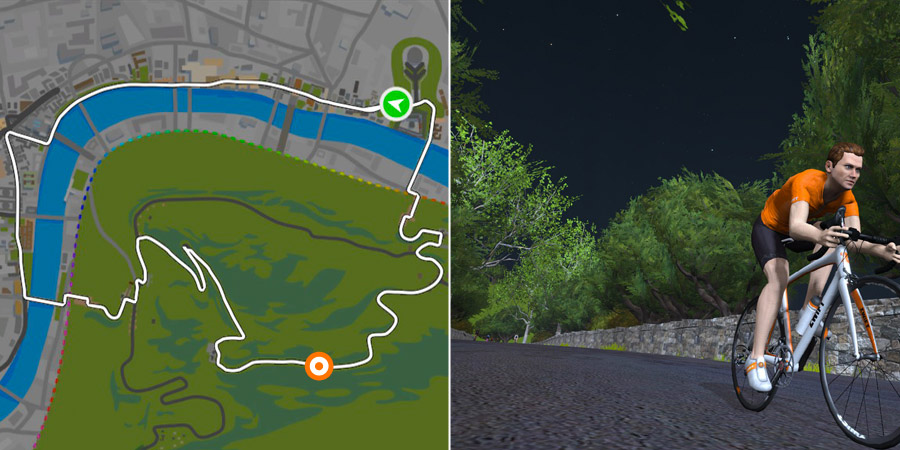 "Recover during the descent without losing your pack." That's how Motti summarizes this portion of the route.

You can supertuck parts of Fox Hill, but be careful not to be dropped since a group that gets a small gap can be nearly impossible to catch on the descent. Motti says, "Maintaining speed and position here is crucial."

#6: Stairs Up from the Underground 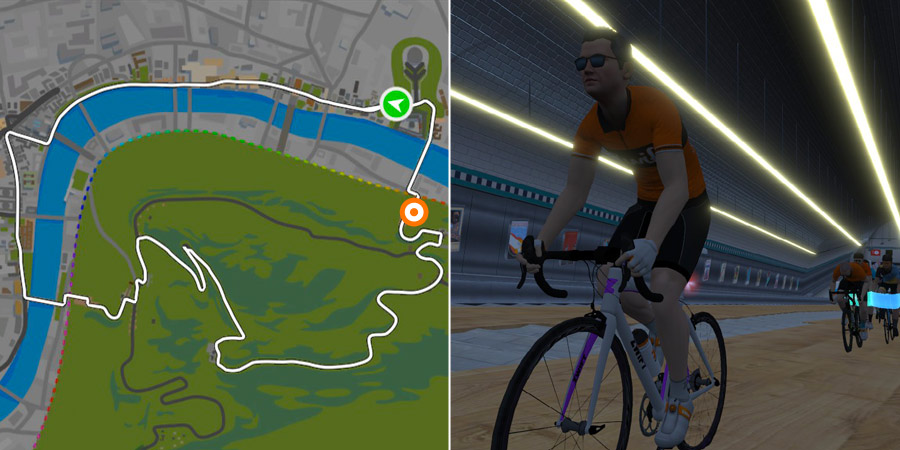 We're nearing the end of the lap, and as Motti says, "The stairs out of the Underground set up the endgame." This steep, short ramp is the last pivotal segment before the finishing sprint.

Are you a strong sprinter, or more of a TT rider? How do those legs feel? Motti explains your options:

"If you are in a group and are not keen on taking the sprint this is a spot where you might try to TT away to avoid such savagery. Others may be reluctant to go hard this early as they settle in and try to recover before the expected bunch sprint." 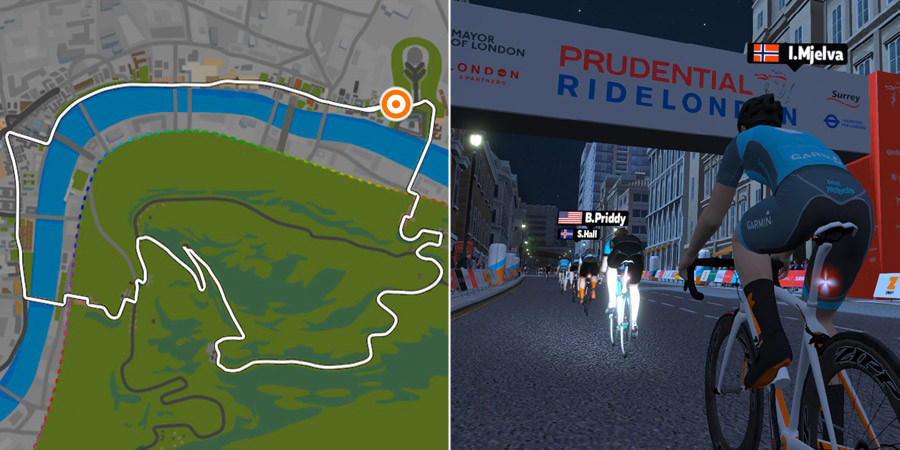 The finish comes down to timing, powerups, and what you've got left in the tank. Motti walks us through best practices for this particular finish:

"Stay near the front and watch the riders around you carefully. Depending on bunch size be ready to jump for the 2nd or 3rd wheel when you get within about 300m of the banner and punch your ticket up to the line."

The approach isn't flat, so Motti offers this final word of caution:

"There is a short descent at 200m to go before a +2% grade so don’t let up the power early. You will slow more quickly because of the slight gradient even though things will be fast."

We hope you've enjoyed this Race Recon. The goal of this series is to explain the features that make each Zwift route uniquely challenging for racers. Previously we looked at London's Keith Hill After Party. Be sure to read that post for more tips!

Nick White: a National Champ, Inside and Out over 3 years ago