Lionel Vujasin, the Zwift National Champion of Belgium, is known for his daring attacks and powerful Zwift victories. He has been racing on Zwift since early 2018. He was already racing cross-country mountain biking at the elite level, and he has also raced some cyclocross.

Lionel recently spoke with us about how he prepares for races, his tips for pulling off a sneak attack, and how to keep going when you just want to give up.

Lionel Vujasin: In 2018, I was looking for something new on the bike. I joined the Rapha RCC program where you have the opportunity to unlock their kit in-game. I thought it would be fun to try some Zwift racing under the same colors I would be racing IRL (in real life). So I did the 7-days free trial, jumped in the pen, raced hard and I was hooked!

On a side note, my first race was a bit of a mess. It was on the Greater London Loop. I remember sitting in the pack and tried to launch an attack but I unclipped and struck my knee on the handlebar… who said Zwift racing is risk-free?! Haha. 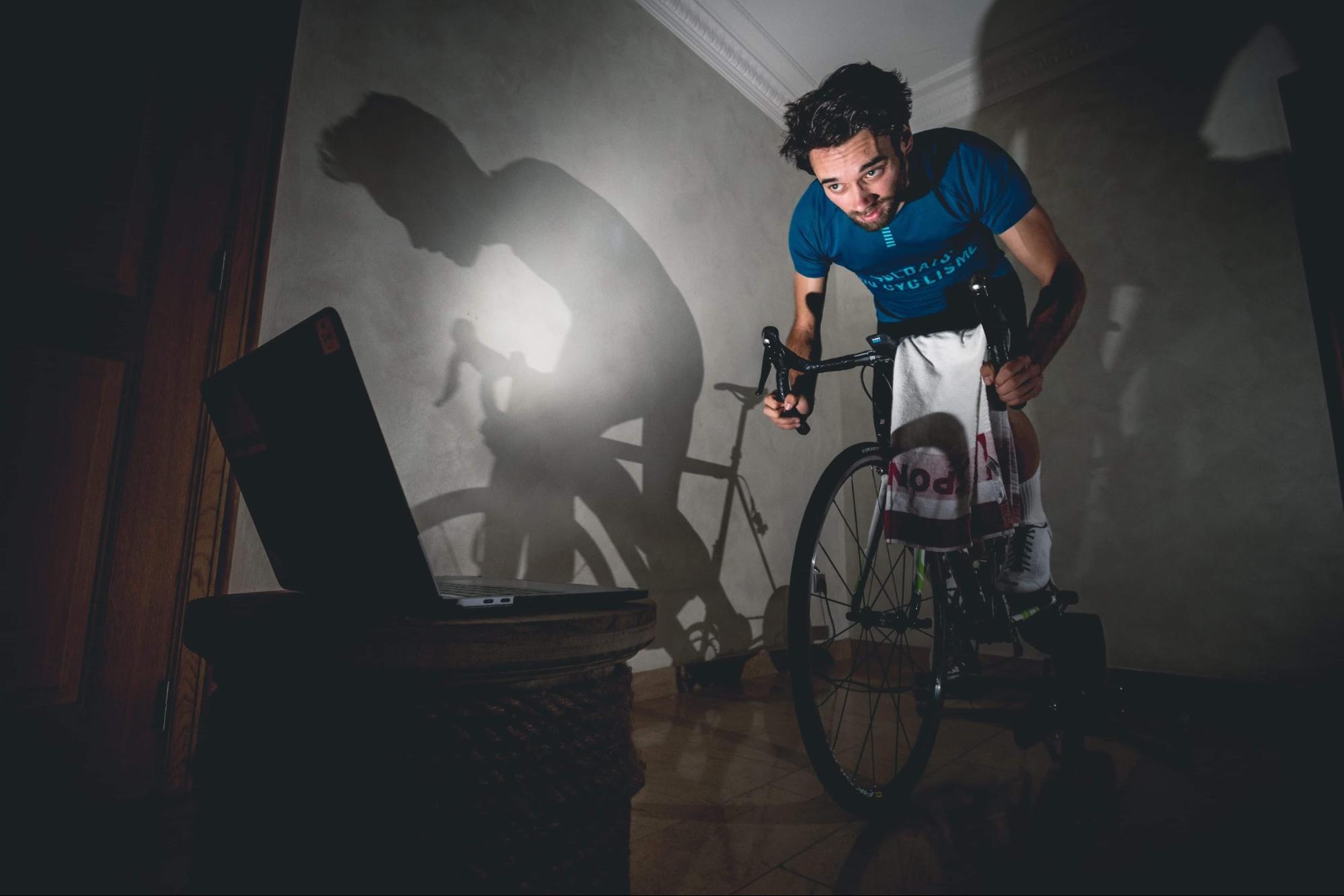 How would you compare your outdoor racing to Zwift?

LV: I think Zwift is a specific discipline with its own dynamics and physics but I like the high-intensity effort (similar to what I did offroad).

On Zwift, you need to learn to anticipate and project yourself into the avatar. It takes time to really understand how to master the reactions of your “virtual you.” The main example was during the KISS Super League. If you analyze the stats, you will see most of the community riders were able to have a lower W/Kg (watts per kilogram) average than the pros while still being in the front group!

I think the tactical aspect is quite the same indoor and outdoor, at the end even if the disciplines are different it’s still the same sport: Cycling! The start of a Zwift race is often as intense as a CX or MTB XC race. But since the introduction of the double draft, the rest of the race is getting closer to a road race. (Editor’s note: This feature of some races doubles the normal draft effect in Zwift. With double draft enabled, the energy saved by riding behind other riders is increased, imitating the energy saved in a tight group of cyclists on the road. When riders do a good job of staying in the draft, they can stay in a group without putting out as much power as the ones in front.)

I would say an offroad background will help for Zwift racing as you are used to going full-gas for about 60 to 90 minutes, so mentally it’s easier. But I think Zwift can definitely help road racers to improve their resistance capacity and their ability to break away (5-minute power) because eRacing is all about digging as deep as you can. You don’t have to worry about bike skills, the road or crashing into competitors.

Do you have any pre or post-race rituals?

LV: I like to have my energy gel 15 minutes before the start and hit the bathroom one last time. I put on some specific song, join my Canyon ZCC teammates on the Discord race radio, then try to relax a bit before unleashing the watts when the gate drops. Post-race, I love to debrief the race with my teammates. This is where you improve the most! 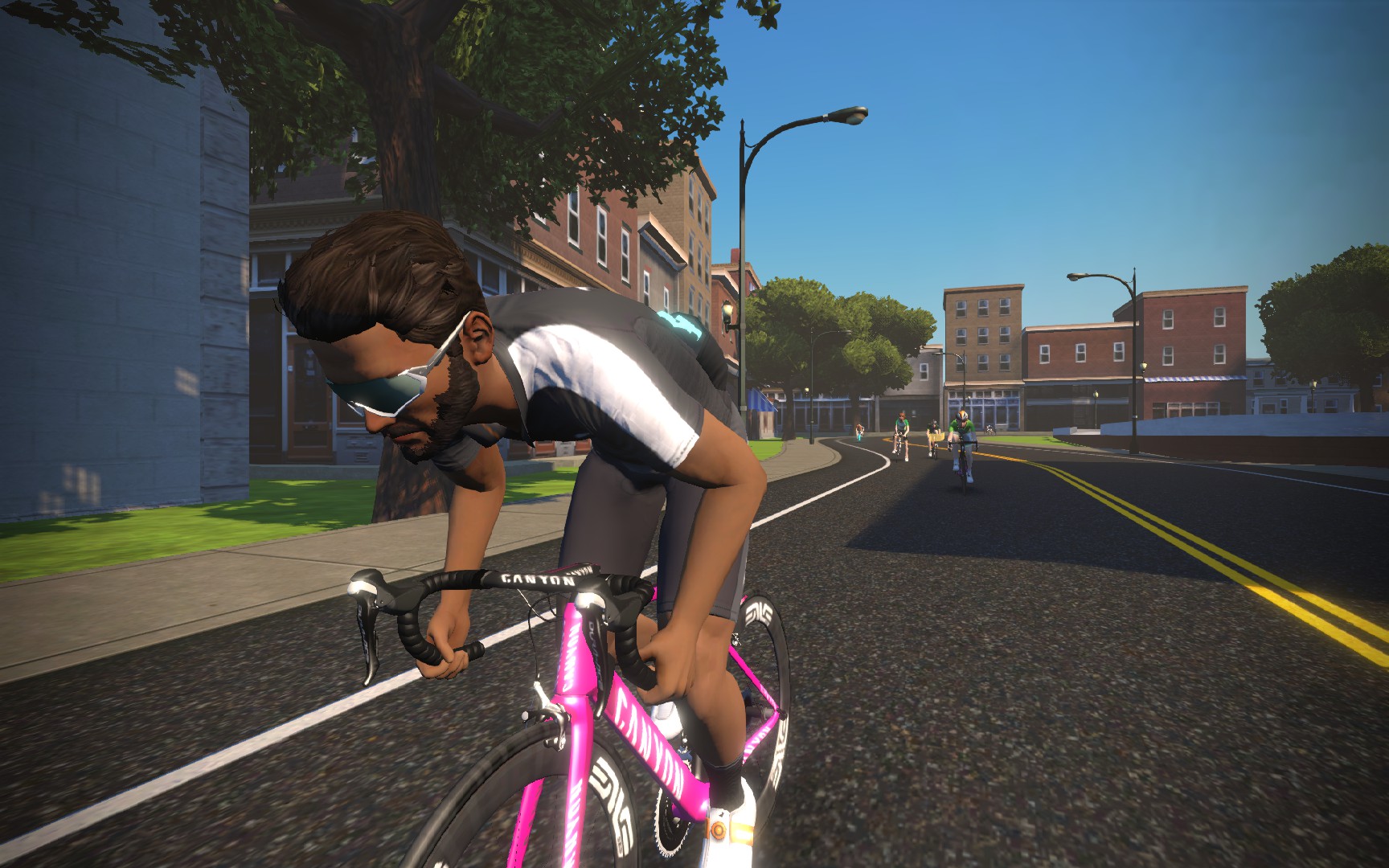 What are your favorite songs to listen to before or during a race?

LV: I don’t have favorite songs actually, it’s more a psychological thing to get me “in the zone.” I search for videos on the Internet, you know the motivational ones, pump up ones, sports highlights, etc. Then I watch it over and over again to associate a song to the effort so it gives me an extra boost on the day.

LV: My favorite course is London Loop Reverse, because you can make a selection in Fox Hill. Then it’s all about throwing the watts along the Thames to keep your gap. It also reminds me of the last stage of CVR World Cup Vancouver.

What types of races do you do best in? If a racer does best in climbs or long attacks, how can they keep a bunch sprint from happening?

LV: Well I like races with 5-8 minute climbs like Box Hill. I can create a gap on such climbs. If you want to avoid a sprint, you need first to be confident at holding a pace a bit over your FTP.

One thing I do like, is when you come from behind and you get the blob (draft effect) from the group, pretend you’re just going in front. Without the other riders paying attention you can get a little gap of 5 to 10 meters then from there attack as hard as you can. They can’t jump on your wheel right away!

How do you keep yourself going when you want to give up? What tips would you give someone else to help them keep up a hard effort?

LV: Well, I would say get used to it! If it hurts you are doing well! I think giving up is in the head, keep in mind that your body can endure way more than you think you can tolerate. If I have one small tip, it would be try to break your effort in quick little goals and keep positive thinking at all cost.

Do you have any favorite workouts that help you in races?

LV: I do like Crisscross training (over/under) because it’s very similar to the effort during Zwift racing and it gives me the ability to change rhythm without burning myself out. I also like the Russian Steps workout from British Cycling, it helps to get used to the suffering. I would say it’s more of a mental thing but it’s really efficient and it boosts your confidence during races. You know if you can suffer more you already have more chances to get a good result.

What's the most important thing you think people should know about racing in Zwift?

LV: Learn the platform first. I would say practice the basics and have a slow and careful approach into racing! This is a different sport, you need to respect the process. 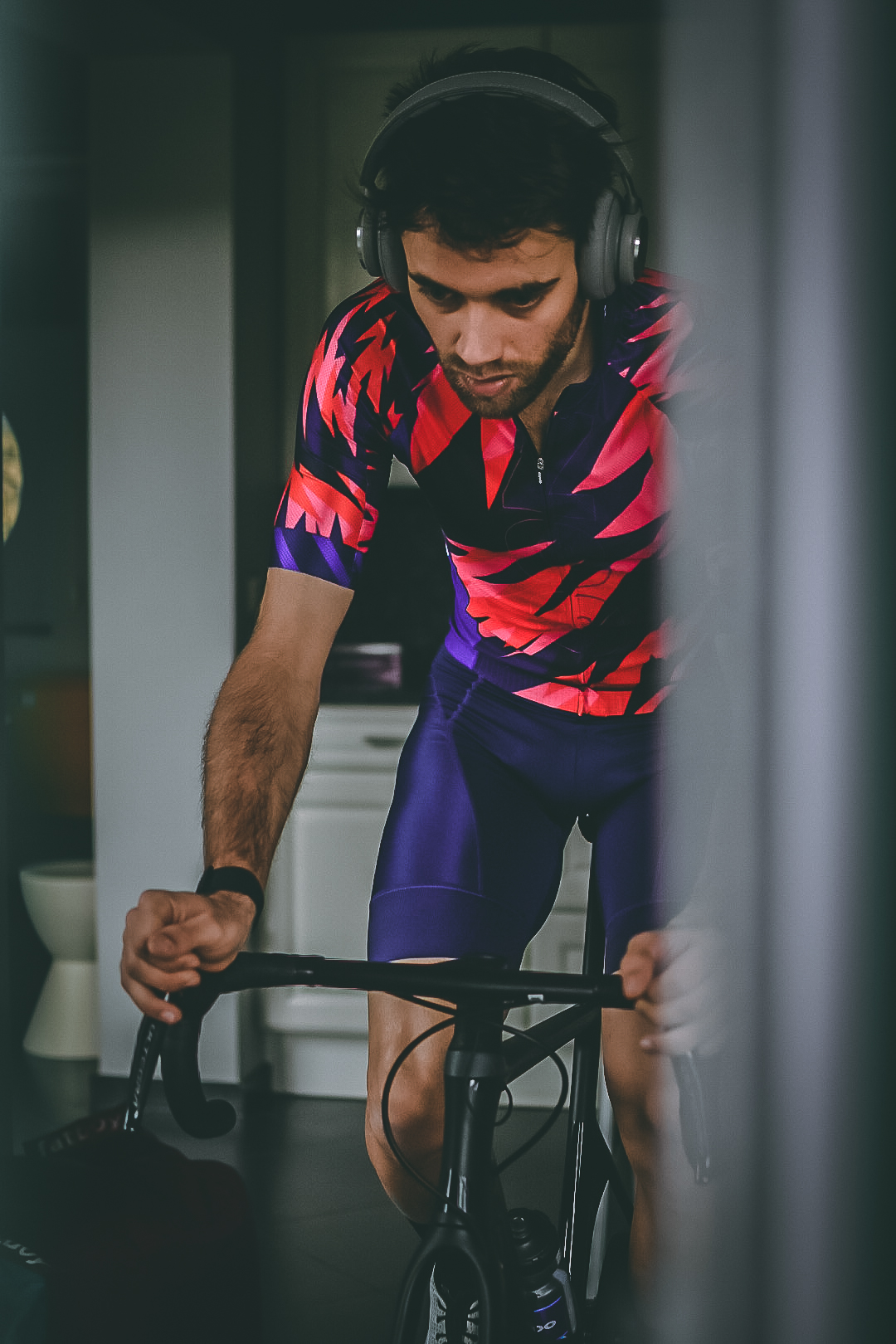