Zwift Classics are Back!

For off-the-wall Zwift action, look no further. Zwift Classics are back!

So, what exactly are Zwift Classics?

Six unique races that each take place in a different Zwift world. Tune in to watch the best teams on Zwift go head-to-head, then take on the races for yourself.

The Pro/Am Invitational Zwift Classic races will not only pit the best teams against each other for the sake of glory but also set fresh challenges in each race. Points races, team-based racing, and hill-top finishes all await.

We’ll also wrap things up with the first-ever Pro/Am Invitational race on the newest Zwift world, Crit City. With these races, Zwift racing soars to the next level.

Pro/Am Invitational races start on April 5 at 7 p.m. BST / 2 p.m. EDT and happen every four days at the same time. Be sure to watch them live, scroll down for more information on each of the races and formats.

Oh, what’s that? You want to get in on the fun? No problem. You’ll have the opportunity to take on these races, too!

Each race will be open to ride for four days after the Pro/Am Invitational with regularly scheduled community races. All five race-specific PowerUps will be enabled in each one, use them wisely, and it might just be the ticket to crossing the finish line first.

Richmond Challenge, Watopia Cup and Crit City Slam community races will all have varying distances, pick the sub category for the distance that you'd like to race.

Starting on April 6, you can join in and race them too. Find a time that works for you. 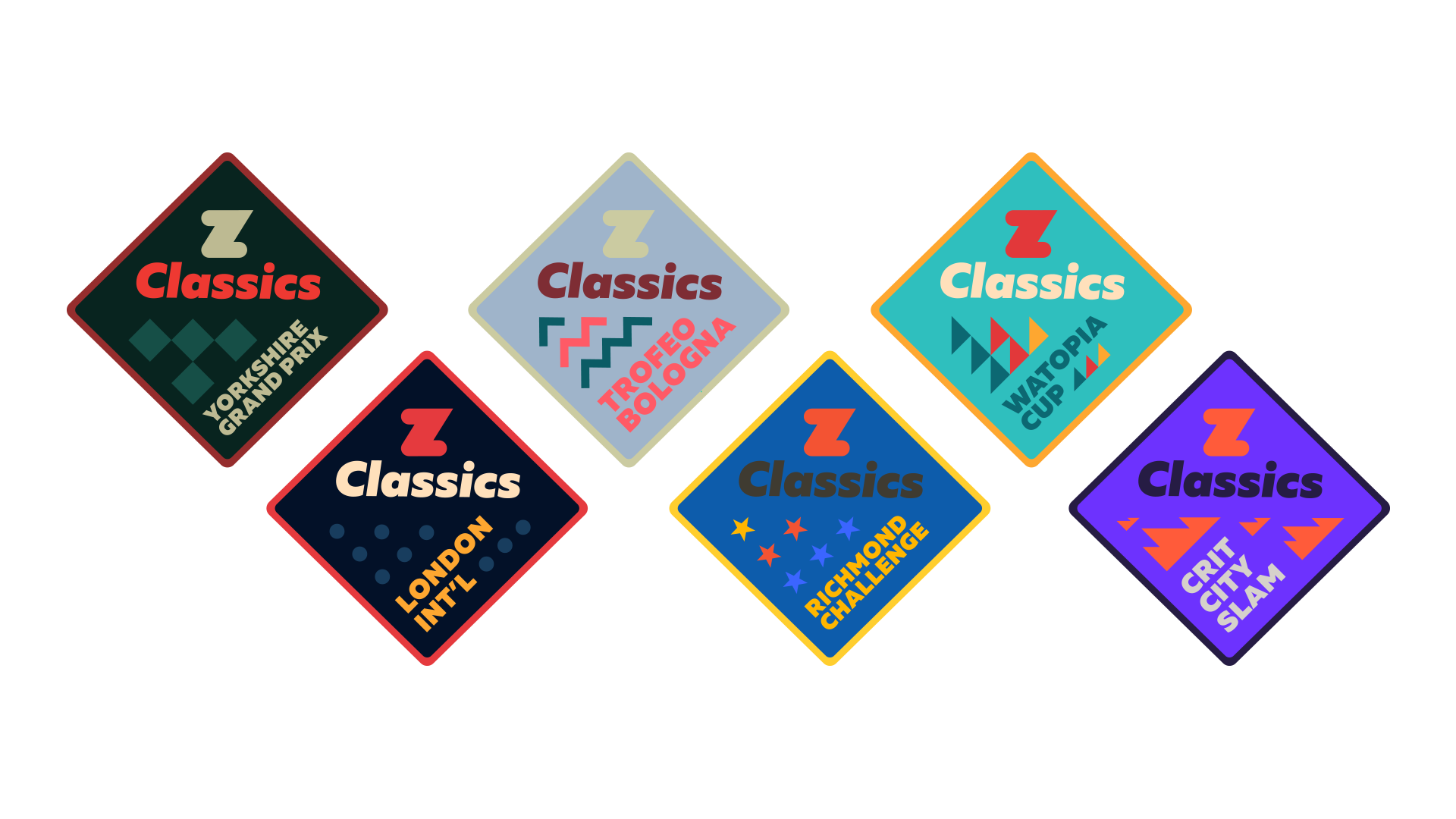 The women’s teams took on the Yorkshire Grand Prix Pro-Am Invitational, a team-based points race format on the Royal Pump Room course. This covered the full 2019 UCI Road World Champs course in both directions and will crowned the winning team with the most points on the day. See the

Watch how the Yorkshire Grand Prix Pro/Am Invitational race went down on Sunday, April 5 and see the final results here.

Race it yourself between April 6–9. Find a time that works for you.

The men go head-to-head in the London International with the first rider over the line being crowned the winner. The kicker is that this year’s edition of the race takes on Box Hill twice, finishing at the summit on the second ascent.

Watch a replay of the London International Pro/Am Invitational race from 7 p.m. BST / 2 p.m. EDT on Thursday, April 9. and see the results here.

Race it yourself between April 10–13. Find a time that works for you.

The women’s teams face Trofeo Bologna after the men took it on in 2019. This Zwift Classics format remains unchanged and still contains the toughest climbing of any of the races, taking on the Bologna TT course twice. The Queen of the Mountain will be crowned on the first ascent of the climb and the race winner on lap two.

Race it yourself between April 14–17. Find a time that works for you.

The men step up for the Richmond Challenge and a fresh race format. Points are the name of the game here, with the team that scores the most crowned the winner. Taking on two laps of the UCI Course, there are two sprints and two KOMs per lap, making a total of eight intermediate scoring opportunities and even more points available for crossing the finish line first. All in all, it’s a recipe for action (and perhaps a handlebar-mounted calculator).

Race it yourself between April 18–21. Find a time that works for you.

The women take to the jungle for two laps of the circuit. Bike choice will prove crucial on the dirt roads that make up the majority of this route, but make no mistake: rider tactics also need to be up to par. The first rider across the line will be crowned the winner.

Race it yourself between April 22–25. Find a time that works for you.

This is the men’s final chance at glory in these invitational races. Welcome, for the first time, to the winding course of Crit City. Crossing the finish line first is what counts in this race, tune in to see if it's a solo effort or a bunch sprint.

Race it yourself between April 26–29. Find a time that works for you.