Lindsay Guerra is a both a Zwifter and accomplished CAT-1 cyclist who placed third in the Wisconsin Off Road series. When she’s not training, she also homeschools her five kids, works part-time as a hair stylist, and happens to be married to Nathan Guerra, who we featured previously. We had a chance to talk with Lindsay recently, so of course, we asked for the secret to her success (and sanity). 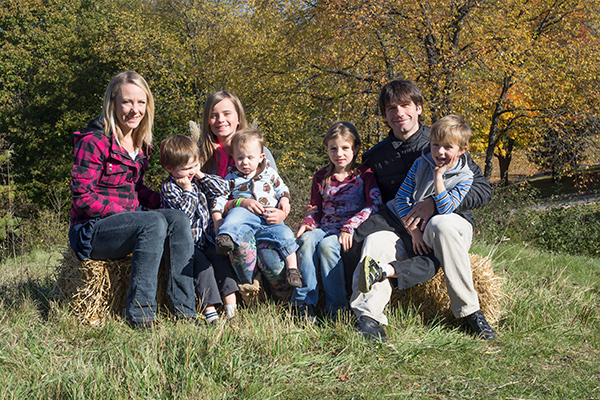 How do you do balance homeschooling, taking care of your family, AND training?

It’s a lifestyle thing: we try to live as simply as possible and make our family our priority. They’re part of the process. We have a “we’re all in this together” kind of mentality.

When we go to the races, they see kids from other families that have been around for generations. They form this community.

We’ve never had more than one vehicle. When we go to get groceries, it’s on bikes. I just bundle the kids up on the rig and ride to the grocery store. The older kids are just getting to the age where they want to go out on their own, and my answer to them is always going to be, “Ride your bike. Make sure you’re safe.”

Some of the other ladies with kids that I’ve met ask how I make it work, and I tell them I just get them used to it. There is no expectation that I will cater to the kids’ wants and whims. 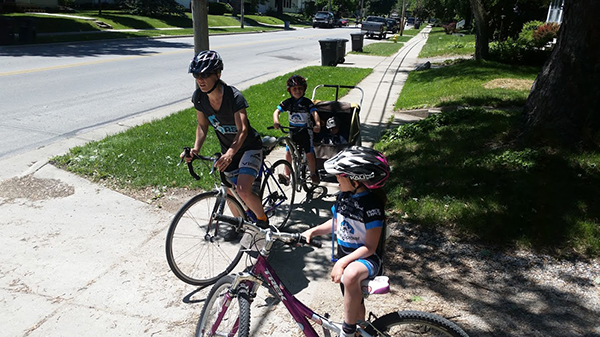 I spend most of my day preparing food for people, feeding people, and cleaning up after people. We cook three meals a day - nutritious, healthy food. It’s a commitment, but it’s what makes us able to do so much. One day a week, I prepare as much food as I can. Our six-year-old knows how to handle a knife, so he helps out. We chop up all the veggies for the week, bake bread once a week, and take care of the five chickens in the backyard, one for each kid.

As for the kids, we have a morning school session, lunch break, afternoon school session, dinner, and then something every week night. They don’t spend endless hours on study: they’re outside a ton, they do chores, help around the house...they work for the things they want. They decided they wanted an iPad for traveling, so they spent 40 hours manning a lemonade stand to buy an iPad. They learned what cost is. Homeschooling lets us teach them how to think critically.

I’ve cut hair my whole life, and I still do that one night a week as an in-home salon with the same customers I’ve had for 20 years.

It’s also been a staple throughout the year that ‘Mom needs her three-hour ride on Saturday, or you’re not going to be happy people’! I’ve always tried to make time on the weekend, at least for a couple hours, and Nathan has been very supportive.

It’s something we’re going to start this year with a focus on off-road.

There’s this image of women involved in extreme sports as being tough, no strings attached, and I want to show that there’s more to it than that.

I’ve done the support role where I’m there to support Nathan, but there’s so much more richness and fullness if the moms can find a way to ride bikes too.

I’ve seen what happens when it’s just one person who has the goals and the sports, and the other is left out. I want to make cycling more accessible to everyone, fit it into the big picture of life. Women have to juggle so many hats, but I believe that bringing cycling into your life will bring in more energy to your life. 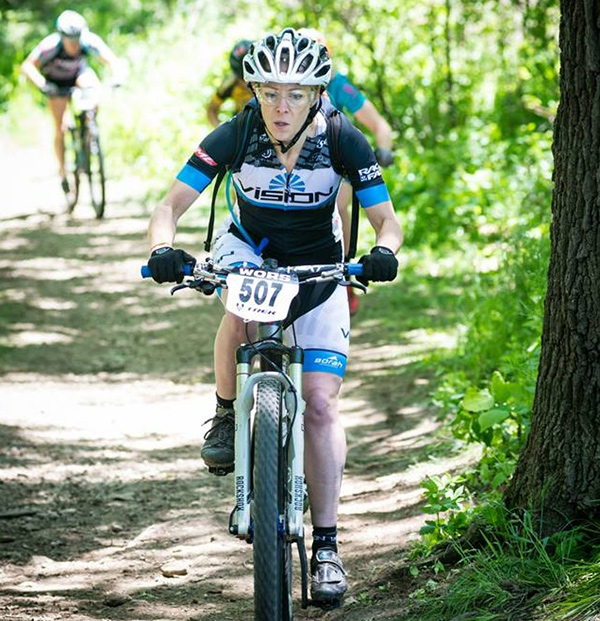 What’re your goals for the next year? How does Zwift help you accomplish these?

One of my goals over the next five years is to win a 10 race overall series. If I do, I’d be the only mother to win it.

Zwift was a game changer.

In my mind, I was thinking, ‘I am not going to sit on that trainer all winter,’ and I would run outside instead. But then Nathan got into the Zwift beta, right around February of last year, and the baby was sleeping through the night, so it was the perfect chance to get up early and ride Zwift. There’s no way I could do that outside every morning.

What advice do you have for other parents?

Make it a family affair, whatever that looks like, as much as possible. Make it something your family will love.

This interview has been edited and condensed.

Have a Zwift Story to share? We'd love to hear from you! Here's how to get in touch.

Winning by Losing: Jessica York talks motivation with Zwift Academy over 6 years ago