Jason Mutchler’s Zwift story may be like yours. He turned to Zwift at the advice of a friend when running became too painful. And when he plugged into Zwift, he also plugged into our supportive, social community. The ability to fit early morning rides in around his family’s schedule let him see some massive fitness gains, and now those gains have revolutionized his outdoor riding as well.

But Jason’s story is also one of particular pain and struggle. We hope it inspires you, just as it has inspired us.

Beginning at the age of five, Jason played competitive sports. Years of gymnastics allowed him to be a competitive dancer throughout his teen years, and he was a high school letterman and captain of the varsity football team. In the spring he was very successful in track and field, qualifying for state championships in the 110 meter high hurdles.

I was deployed with the mission of running military convoys from Kuwait throughout the country of Iraq. Most missions involved 15-25 days of being “outside the wire" transporting essential cargo to Forward Operation Bases.

On January 15, 2008, I had an Explosively Formed Projectile, Improvised Explosive Device (EFP/IED) detonate on the truck I was in. The explosion jammed my door shut, so I had to crawl through the driver’s door, which was on fire. I made it through the flames and jumped/fell out the other side blinded, landing on the tarmac face-first.

I crawled away from our burning truck while taking fire from the individuals who detonated the explosive. I "stopped dropped and rolled", but jet fuel is hard to extinguish. I actually gave up at this point, buried my face in the sand (so my family could see me one more time) and said goodbye. I knew I was dead!  However, another military member from the closest gun truck exited his vehicle (against protocol) and jumped on me to extinguish the flames. He saved my life.

Jason in the hospital, and the truck he was in that night

After spending a year in the hospital, Jason underwent rehabilitation and was eventually retired from the USAF.

In the end, I was left with a fractured jaw, blown eardrum, dislocated hip, compressed spine, broken hand, traumatic brain injury (TBI), partial thickness burns to most of my body, and full thickness burns to over 30% of my legs.  This eventually led to a Post Traumatic Stress Disorder (PTSD) that I continue to struggle the worst with.

His wife Ashten is on active duty with the Air Force as Security Police, and Jason gets to stay home with his two daughters. And while he loves being a dad, there are lingering challenges from his injuries which still affect his daily life.

My biggest struggle with my PTSD is a loss of coping abilities and social skills. I’ve lived a life of isolation since the event. Overwhelming anxiety and the belief that I don't belong anywhere in society has controlled my life.

This is where Zwift (and our fantastic community) come into the story.

Jason told us, “My injuries made it so I couldn’t run without major pain that impacted my daily life, so I actually did much of my run training by spinning on a dumb trainer. Then I would run the actual race, and take several weeks off to recover! I started Zwift because of an ad I saw on YouTube while training for the Des Moines, Iowa Dam2Dam 20k race. Brian, an amazing friend I grew up with in Iowa, brought me his old Felt AR4 bike frame. He is a major roadie, and thought I might enjoy the Zwift community and training.”

Jason began Zwifting in May 2018 but got truly hooked when he rode his very first DIRT (Dads Inside Riding Trainers) event several months later.

It was Sprintapalooza, and it was the most fun I have had on the bike.  Easy noodle riding until we all unleash hell as we push, pull, grunt, and scream to sprint as fast as we can.  I even have a couple top sprint times ever recorded on Zwift. This was the experience that made me fall in love with Zwift, DIRT, and cycling.

Jason joined the DIRT team and began spending much more time on the bike. It was work, but it was fun work, with friends. As Jason tells it, the DIRT community provided him with much-needed socialization and support. “Zwift made me want to get up and train, but more so I wanted to say ‘Hi’ to my teammates and friends.”

This may not seem like a big deal, but for Jason the socializing was life-changing. “I have not made new friends in the 11 years since being wounded, and now I can say I have many friends through Zwift. I even plan to see some of them in real life at cycling events.”

The ability to be competitive in a way that doesn’t aggravate his physical injuries is also a big win. Says Jason, “This is something I can maintain until the grave, and that helps me cope mentally.” 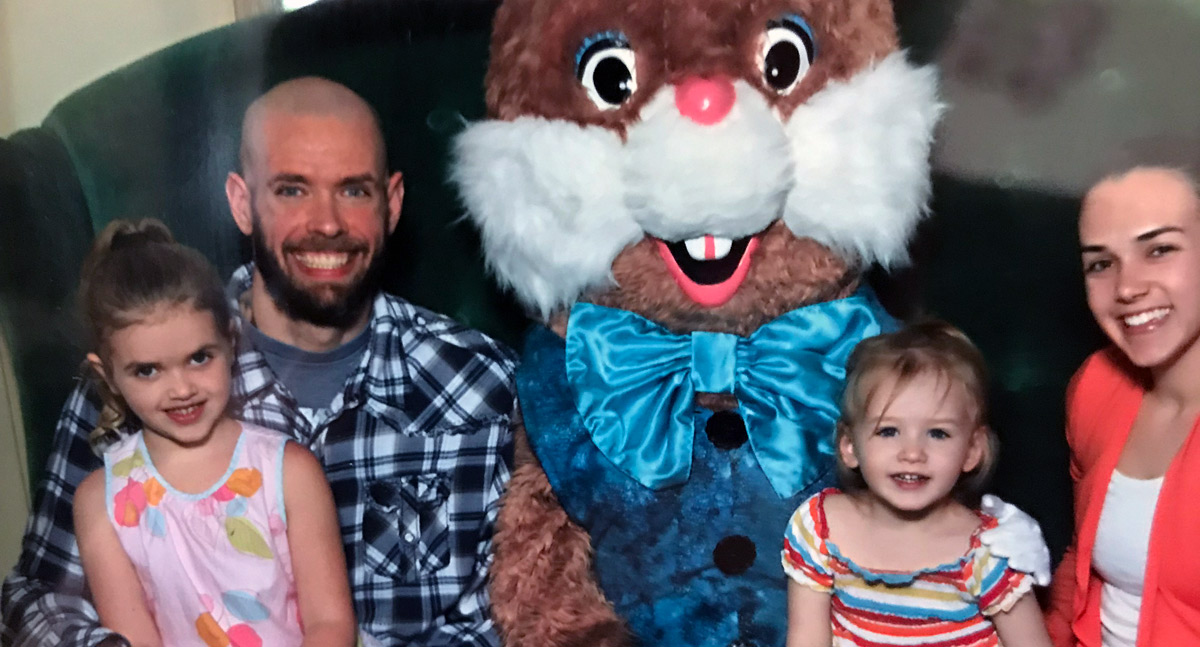 As a stay-at-home dad, Jason struggles to set aside time to train. Additionally, he and his family live in Minot, North Dakota where his wife is stationed, and most of the year it’s a real challenge to get outside and train consistently.

Riding Zwift in the early morning hours was a game changer for Jason, who says, “From November to April I woke up every day at 0330 and got up to 4 hours of training in before anyone even woke up. No matter the weather or schedule I was able to get on my bike and know I was safe.”

This ability to wake up very early has allowed Jason to take part in some epic Zwift rides, including an early-morning imperial century: “I was even able to ride in the DIRT 100-mile event we had for our team leader's (Jason Stern) birthday before making the family morning breakfast.  That was an event I will never forget.”

His wife Ashten also rides on Zwift, allowing her to stay fit for the military while saving her joints over the long run. Together Jason and Ashten have learned they can push themselves on the bike harder than ever before. “Cycling/Zwift really changed our outlook of suffering, and gave us a chance to train/race together even while pushing different paces.”

Now that his fitness and comfort level on the bike have skyrocketed, Jason is looking toward competing in outdoor bike events. Living in North Dakota makes this a challenge since the nearest crit race is an 8-hour drive away!

His big outdoor event this season is Ragbrai, which he’ll be riding with his Felt-sharing friend Brian and some DIRT members. That ride goes through Jason, Ashten, and Brian’s hometown of Earlham, Iowa, so it’s going to be a very special event for him.

Jason and Ashten recently found out they’ll be moving to Mountain Home, Idaho. He has big plans for races in that area next season:

I will be competing in the weekly criterium series in Boise (SWICA Criterium Series), and the USA Crits event (ASWD Twilight Criterium).  I also plan on doing some time trials, sportives, and stage races in the area with a goal of Phil's Cookie Fondo in 2020.

We all love to see fitness improvements as we train, and Jason has undoubtedly grown much stronger since starting on Zwift. His FTP has jumped from 220 to 300, and he mostly credits that to “having fun on the bike.” 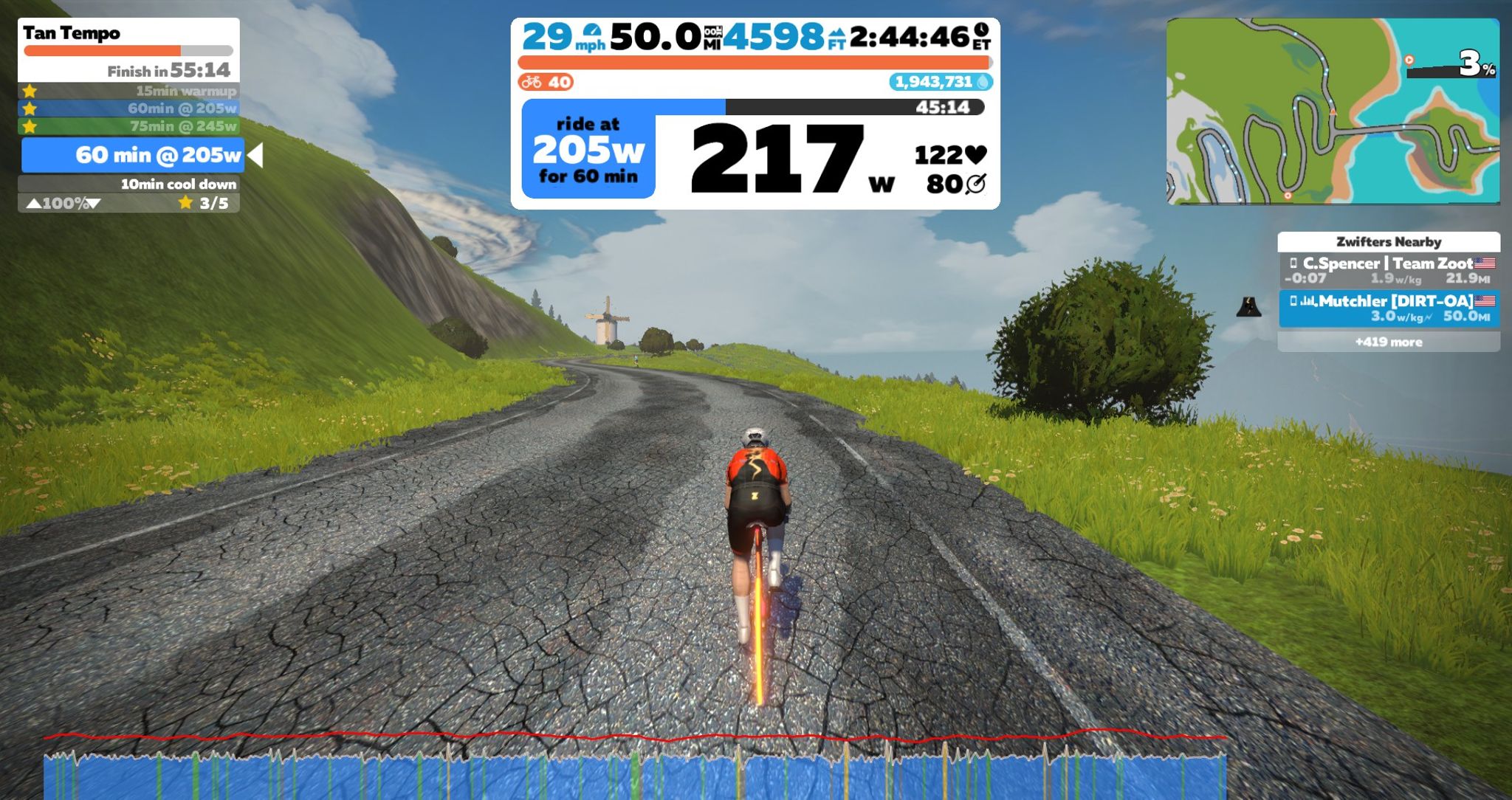 We asked Jason what sort of training tips he might offer, and this is what he had to say:

Whatever brings you joy and gets you on the bike more is what will make you get better. I have found that I want to give competitive cycling a go, and have hired a coach (Shayne Gaffney) to help me train smarter, but there are tons of gains to be had by just riding more.  If you are not having fun (no matter what you are doing), stop and adjust. Life is too short to hate what you do, so let’s ride bikes like when we were kids!

That’s the kind of advice we can get behind.

We love Jason’s story because we’ve strived from day one to keep Zwift a social, friendly place. Why? Because positive relationships improve our lives by providing inspiration, accountability, education, and that sense of belonging we all need.

If you’re looking to build more connections within the Zwift community, Facebook’s Zwift Riders group is a great place to start. From there, you can find smaller teams and get as connected as you'd like. The Zwift community is just a click away, and there’s always room for more. Just reach out! Who knows, it may change your life in a big way just as it has Jason’s.

Zwift let me feel safe and comfortable to try to be social again, and that has meant the world to me. One man saved my life, but Zwift, Cycling, and DIRT gave me a chance to live again.

Using the Stryd Footpod in Zwift Run over 3 years ago