The Family That Zwifts Together

The Kilburn/Oehmig family of Burlington, Vermont connects around fitness the way other families bond around a breakfast table. They’re an active foursome often up for mountain-bike racing, cross-country skiing, or long hikes in the woods. Indoors, their home basement is filled with cycling hardware. And they’re all Zwifters.

Dunbar is a husband and father who also races road, cyclocross, and mountain, courtesy of his ability to squeeze in the training. “I tend to like Zwift’s workouts,” he says. “Super-efficient.” 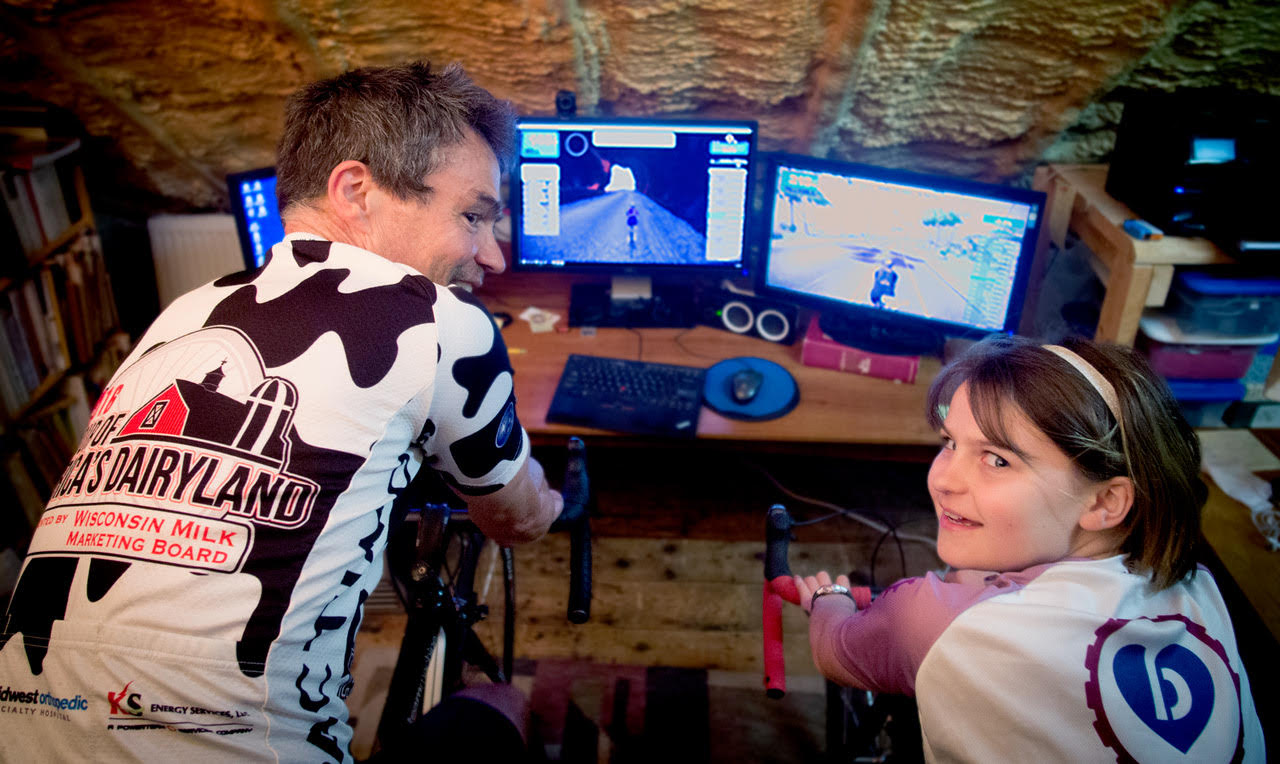 His wife Janet appreciates the chance to ride with their kids: The family pain cave (which doubles as a home office) fits two riders. Janet also likes the exercise, and the aesthetics. “I love the visuals, like the ocean and the fish,” she says. “The Ride Ons are great. I’ve often thought, this is so much better than doing a spin class in a dark room.”

Their 16-year-old son, Gaelen, is a top American junior cyclist who discovered Zwift in late 2015.  He got the family hooked.

“I hadn’t really been on a trainer before trying Zwift. I had to borrow one,” says Gaelen, who first rode Watopia’s virtual roads in late 2015. “I thought, this seems cool.”

Sometimes Gaelen and his 12-year-old sister Greta face off. Two trainers whirring, side by side, in sibling rivalry. 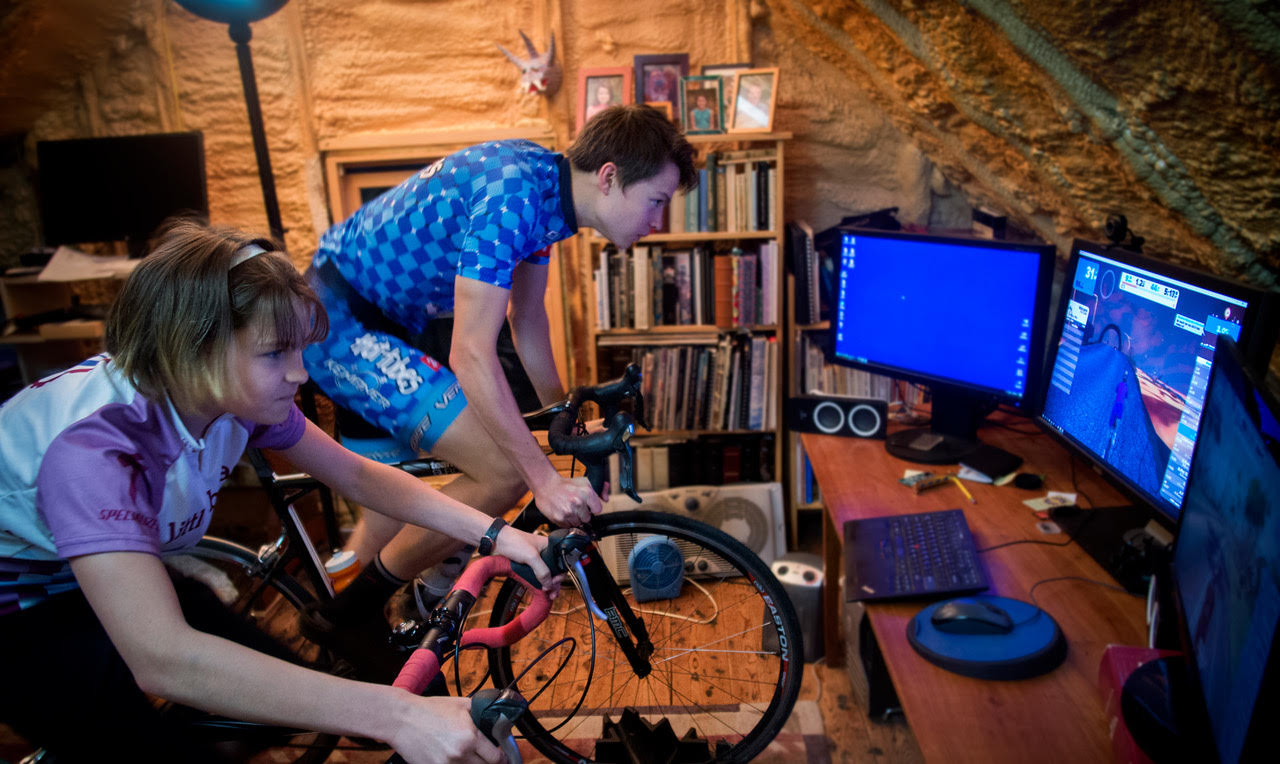 Greta doesn’t mind that Gaelen ultimately zooms away. She knows that Zwift will help prepare her for ‘cross, road racing, and triathlon, too. Plus it’s fun. “My avatar looks like me, and I like to look at the Ferris wheel,” she says. “I’m waiting for a road to go around a whole fairground.”

Everything You Need to Know About Zwift Mobile Link 2.0 over 5 years ago