Train for the PRL

Hey Zwifters, you can still get trained up to tackle the tough Zwift PRL rides, which come to the London course at the end of July. What you need to do, says Coach Kevin Poulton, is start the workouts now, while you have less than a month to go.

Zwift’s 107.5-mile (173-km) PRL Full challenges your endurance, just like the real-life Prudential RideLondon of similar distance. In our PRL Training Plan (which is listed among Zwift’s workouts), you’ll find that Coach Kevin prescribes several “Mitochondria” workouts. With around four weeks ‘til go-time, he says, you’ll have to fast forward past some of the PRL regimen’s less involved workouts. But don’t skip the ones he nicknames “Mitos.”

“The Mitos are there for endurance, not speed work,” says Coach Kevin of the workouts, which feature hard efforts lasting about 30 seconds to 2 minutes. They’re followed by limited recovery.

“Mitos are actually one of the secret sessions that the pros use,” he adds. The PRL workouts’ Mitochondria sessions, like the name says, increase levels of mitochondria (which produce energy) in your muscles. 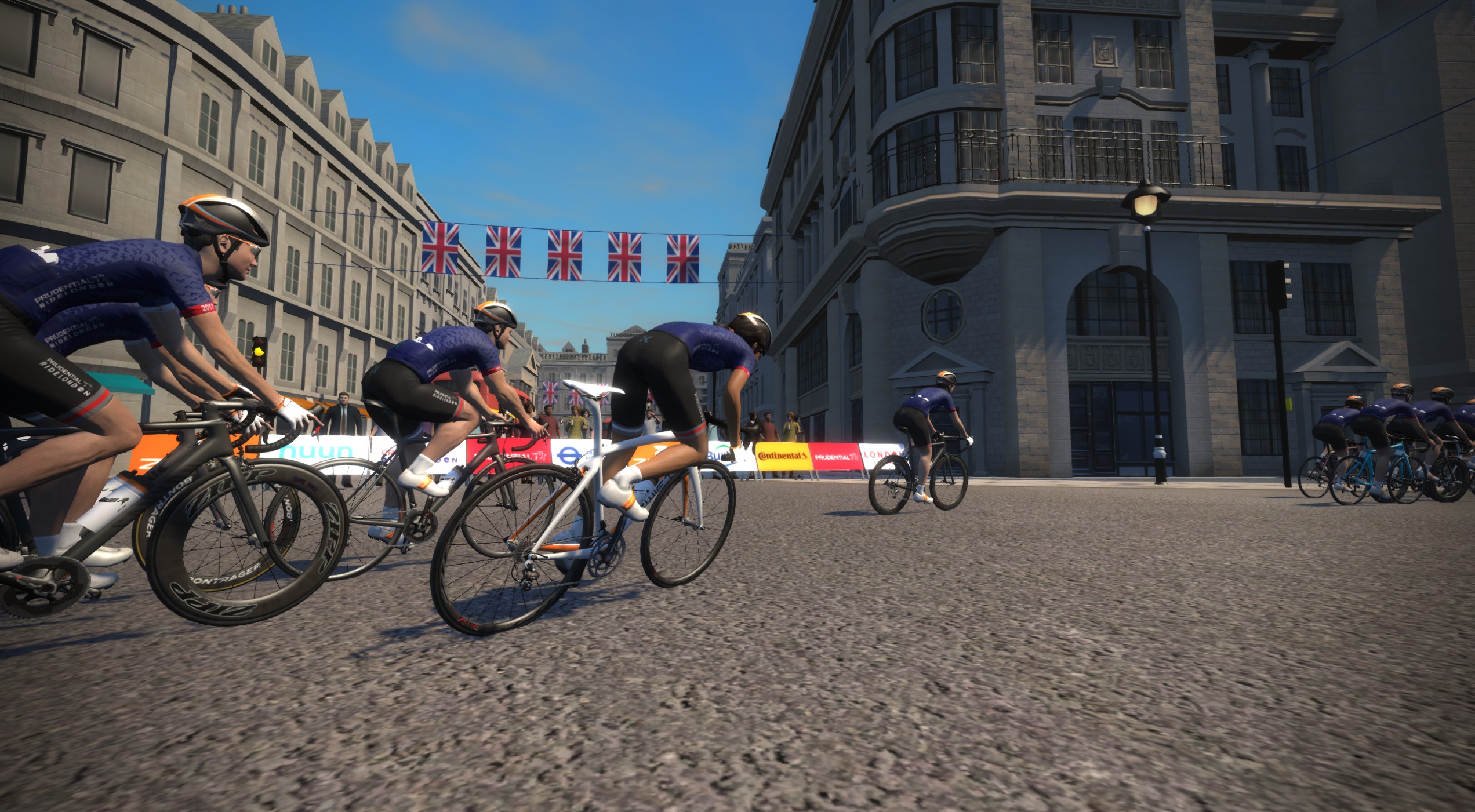 But Coach Kevin insists that the ride’s big metrics shouldn’t intimidate you. Fit in your Mitos and climbing workouts, and you’ll impress yourself all the way to the finish banner. “You’ll recover after the long climbs, and find enough energy to race other Zwifters along the way,” he says. “I think you’ll do quite well.”

Who is Coach Kevin?

Coach Kevin Poulton is a World Tour coach with extensive experience at the highest level. Under his guidance, athletes have won Paris-Roubaix, World Tour Classics, Grand Tour Stages and competed at the Olympics.  He’ll make you faster.