We all know Zwift and Voxwomen go together like peanut butter and jelly. Like cookies and milk. Like steep inclines and inevitable DOMS. And this year, we’re coming together once again. Welcome to VoxTour 2020. It’s going to be a blast.

Let’s break it down. With five stages at two days per stage, this tour runs a total of 10 days and has a little something for everyone. Designed in collaboration with our partners at Voxwomen, it’s made for women, by women. Each of the five Voxwomen ambassadors—Olympians, commentators, entrepreneurs, pros, ex-pros—will select a stage inspired by their own cycling career and they’ll join the action. This is a unique experience perfect for women riders of all ages and skill levels. You can push the pace, or keep it mellow. Just find your pack and join the fun.

We’re also offering up a special Voxwomen jersey designed by cycling apparel brand I R I S. Want one? Just complete any of the five stages, and you'll unlock this vibrant ensemble. It's also available IRL here. See you there! 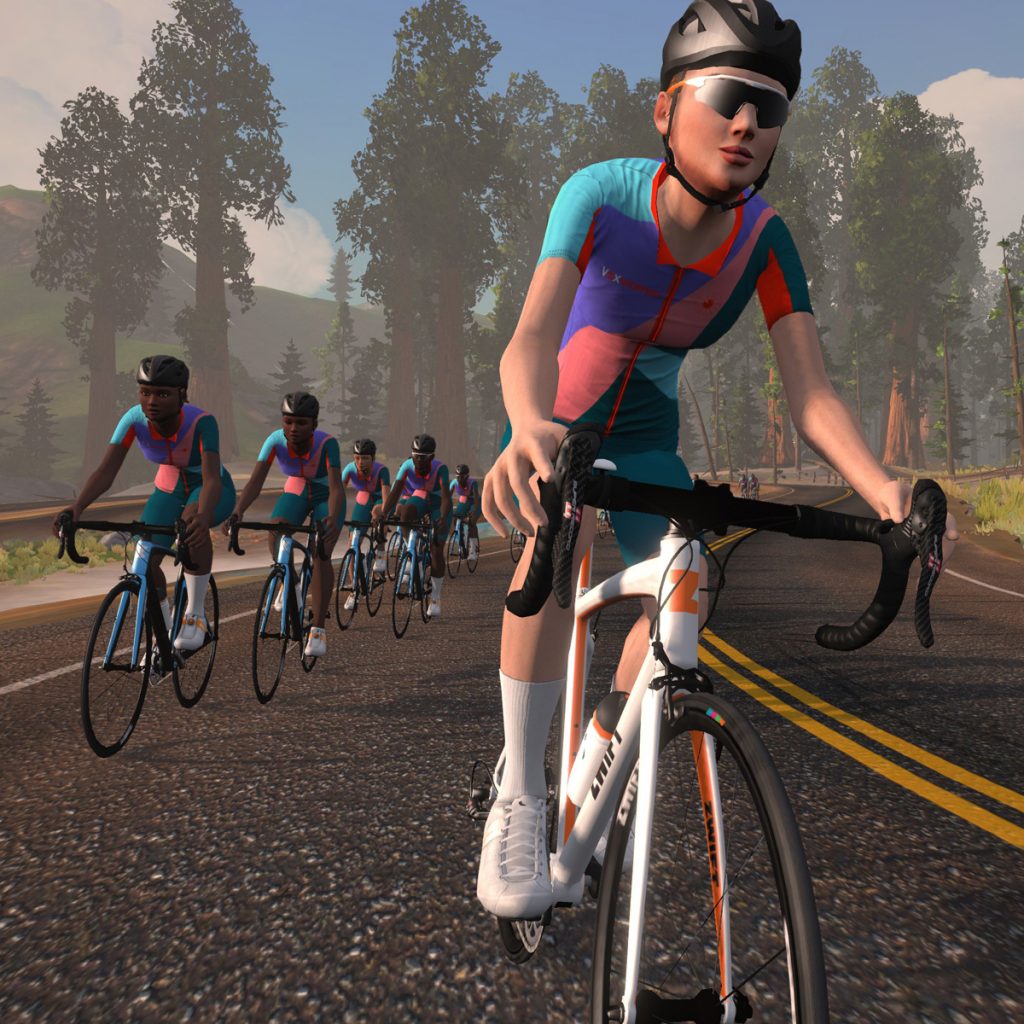 A sports presenter, event host, and journalist, Laura Winter has covered some of the most prominent bike races in the world. A founding member of Voxwomen, she’s also its dedicated presenter. A background in swimming and rowing set the stage for her interest in cycling, having tackled roads in both the UK and abroad. Her goal? Give women athletes, women’s cycling, and women’s sports the coverage and recognition they deserve.

As an Olympic gold medalist and three-time world champion, she kills it on the track. And with a Commonwealth Games bronze medal on the Gold Coast, second place at the Tour de Yorkshire, and third place at the Women’s Tour, she’s no slouch on the road either. She also owns a coaching business with husband Matt Rowe and has been a regular contributor to the Zwift PowerUp Cycling Podcast.

A former pro cyclist from Great Britain, Hannah Walker has raced in both national and international events across Europe. Four National Championships later, she’s a social media and communications manager for Ceratizit—WNT Pro Cycling and Voxwomen, bringing all the best cycling action and interviews to fans around the globe.

Ashleigh was introduced to the life of competitive triathlons before turning her focus to cycling. A powerful climber, she’s one of the best in any peloton she’s been in. After four years with Cervelo Bigla, she’s now crushing it in her second year with pro team CCC Liv.

Jess Pratt made headlines this year, besting 9,000 Zwift Academy riders to win the coveted pro contract with CANYON//SRAM Racing. The Aussie was a full-time nurse while competing in Zwift Academy 2019. An all-rounder, she’s strong in both climbs and sprints, something she proved with an impressive 9th place GC finish in her first race with the team this year: the Tour Down Under.

Voxwomen puts you at the heart of women’s cycling where content is queen. The team at Voxwomen goes behind the scenes with insightful content from the riders, teams, events, and brands. The Monday briefing is delivered straight to your inbox with a summary of the news; settle down with a coffee for the in-depth Sunday Supplement; listen to the podcast and catch up on all the videos and race content on the channel. Of course, the Zwift blog is where you hear directly from the stars.

Throughout the year, tune in for blogs from the top riders in the World Tour peloton, including our own Zwift Academy Champions. Voxwomen.com is your gateway to all of this and more.

I R I S is an acronym for “I Ride In Style,” founded by ex-professional cyclist and designer Iris Slappendel. Iris has always integrated design work into her off-the-bike career, having designed bicycles, websites, and bike kits (most famously for the Dutch 2016 Olympic Cycling Team as well as the UCI’s Road World Cup leaders’ jerseys). I R I S designed the 2020 VoxTour kit and it is available for purchase IRL here.