Looking for a relaxed social group ride with some sprint fun thrown in? How about one that’s led by and for women - but welcomes everyone? ODivaZ may be just the place for you.

The weekly ODivaZ 2.2 ride has become one of the most popular events hosted by Team ODZ.

“The goal of my ride is to offer a recovery/semi-new rider pace,” says leader Michelle Patton. “I really encourage working together as a team! We practice drafting, grouping/regrouping and sprinting. All while being social.” 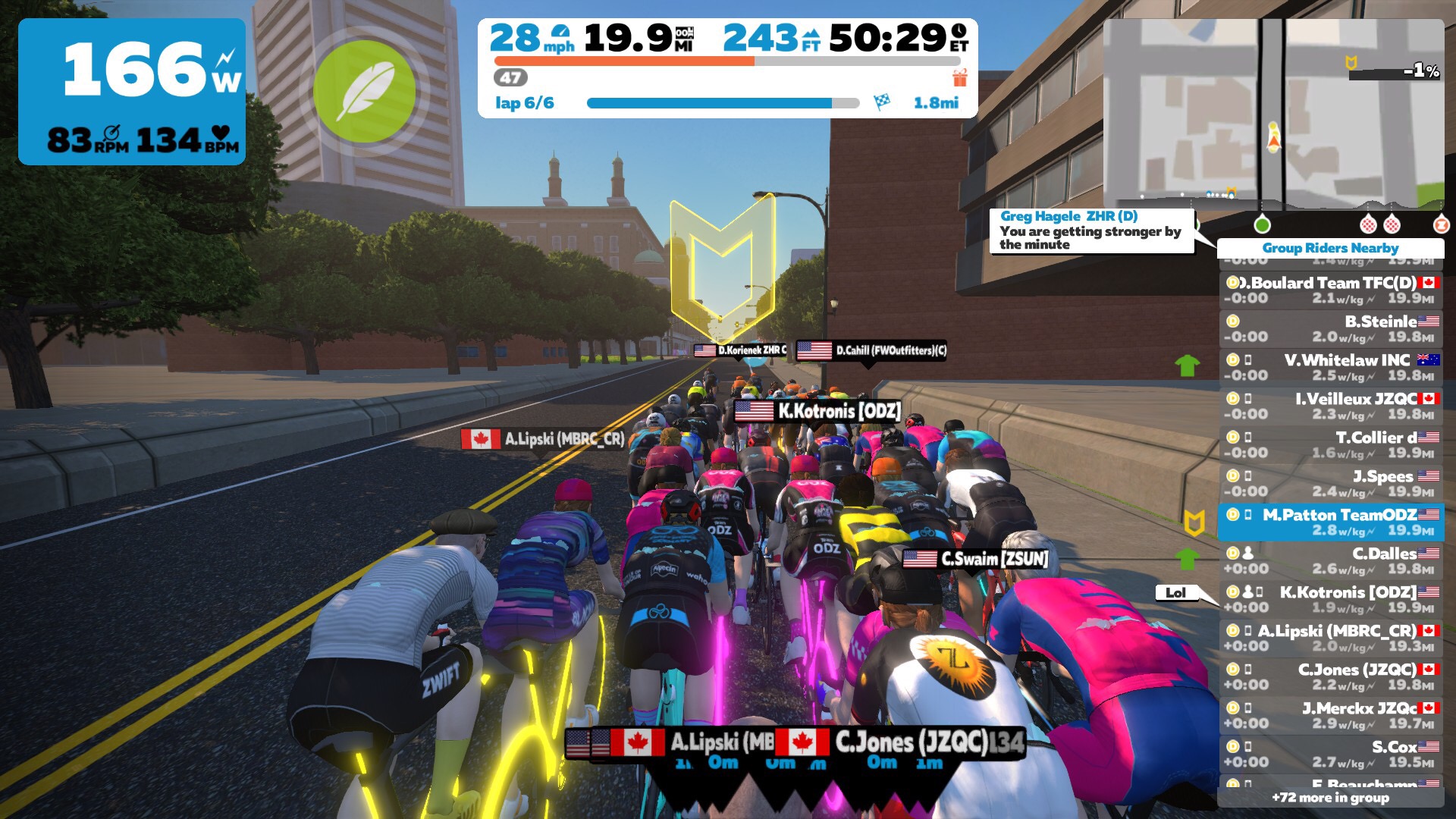 “We intentionally set the pace of this ride lower to invite riders of all abilities,” Michelle says. “For stronger riders, it serves as a recovery ride. For other riders, it’s a safe and fun place to ride in a big group.”

Between 100 and 200 Zwifters join the ODivaZ 2.2 ride each week. The leader encourages teamwork, and stronger riders in the group act as sweepers to help those who are struggling to stay in the pack.

The group rolls steady, but riders can let loose when a sprint banner approaches. Using the draft to get their speed up, they kick into a sprint on each lap and try to go for a personal best. Sprinters are then told to recover and regroup around the leader. This takes some practice and discipline to get right. The idea is that everyone works together to help each other do their best.

While the group ride “fence” is used to keep the front of the pack from getting too far ahead, Patton says it usually isn’t needed. Everyone is focused on keeping the group together and chatting with each other. It’s a very social group, and several of the ride participants have met in real life. Some even attended a Team ODZ camp together in 2019.

“Megan joined me for multiple ascents at the start, managed to get other TeamODZ cyclists who I’d never met before to join me, and was really apologetic when she had to leave to do family stuff,” Andy says. “She did make it back for the final ascent though and was with me when I finished it.” 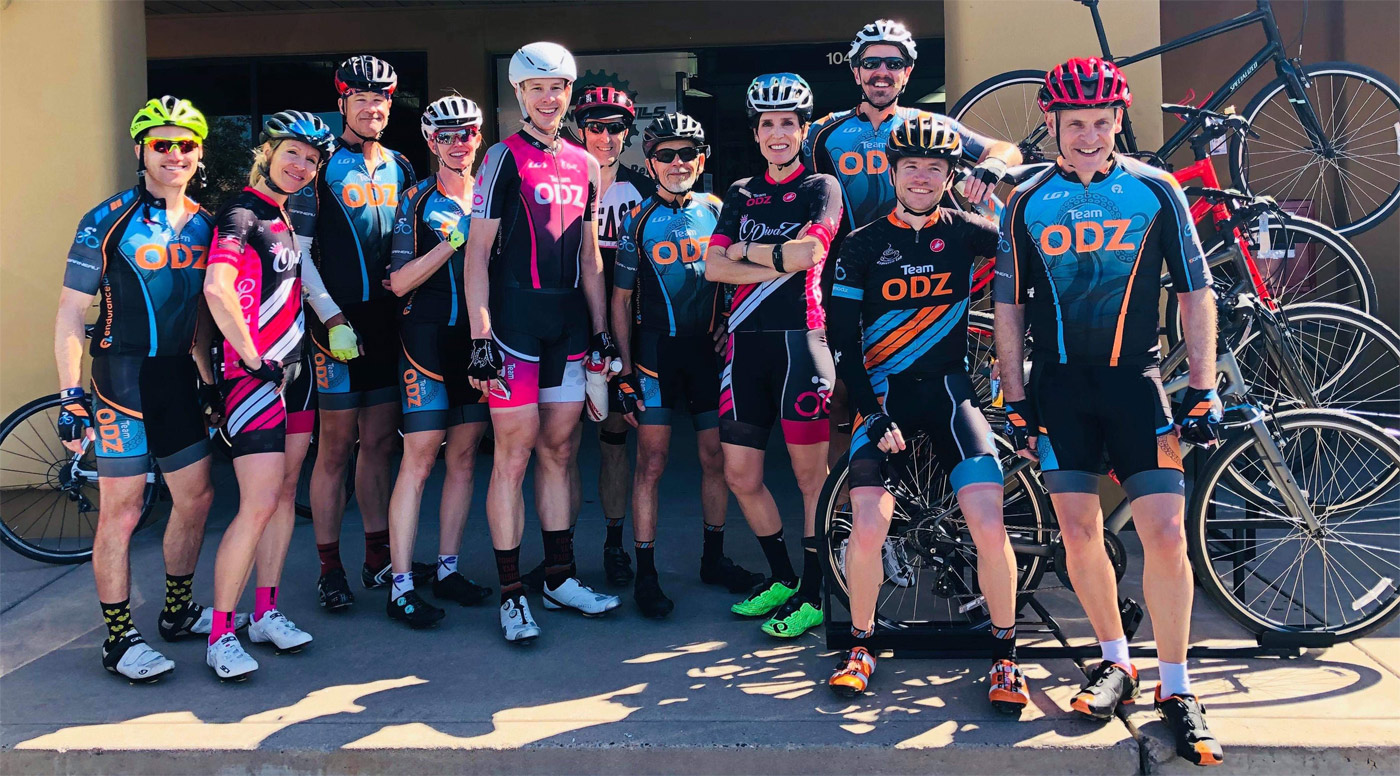 Leader Michelle Patton shares the history of ODivaZ this way:

The ODivaZ rides began ‘officially’ in 2016 with our Wednesday ride, but may have begun earlier - just meeting at the start line. When this ride was created, there were very few lower-pace rides. ODZ was only doing races and the Coffee Ride, which still has a race element.

Part of the origin of ODivaZ was that ODZ saw the need for more rides led by women, where women felt included and comfortable. At that time there were little to no rides or races for women on Zwift. It is important that women lead rides to help other women feel more comfortable and to make Zwift a place of equality for all genders.

Michelle Patton leads the 2.2 w/kg ride, while Charise Denning McMullin and Tiffany Larson lead a similar 2.3 w/kg ride on Wednesdays. All of them have been Zwifting for 3 to 4 years and are members of Team ODZ. There are also a number of backup ride leaders like Andy and Megan.

“We were coined ‘the friendliest ride on Zwift’ for a reason,” Michelle says. “We love the riders that join us each week, the friendships that have blossomed, and the positivity during the ride. People are SO nice and supportive of us leaders and that's why I keep coming back. They love a great leader who interacts and keeps everyone together.”

For more information about the ODivaZ rides and the team that runs them, visit TeamODZ.com or take a look at their Facebook page and Facebook group. 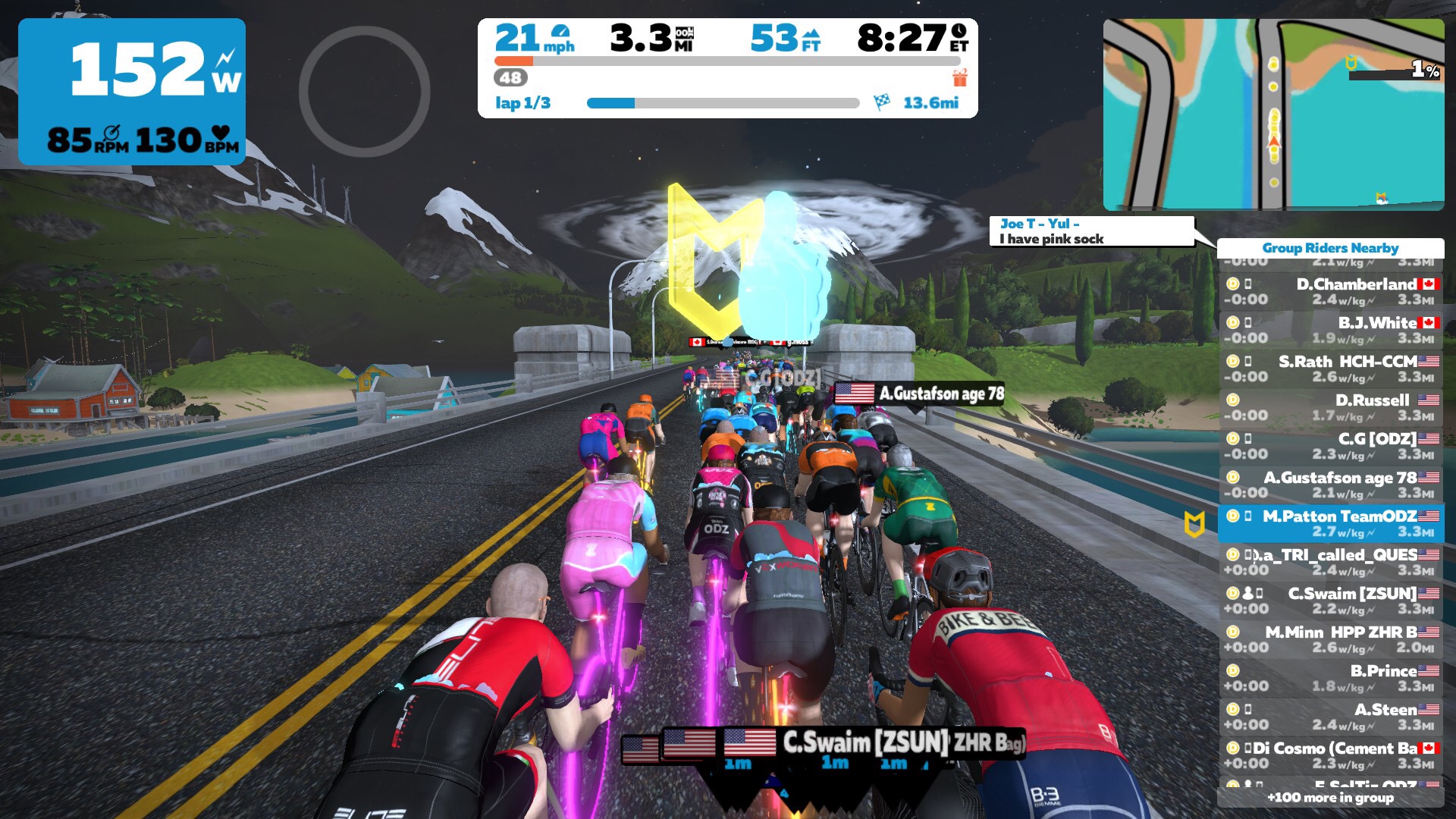 Zwift Run Categories: What They Are, How to Use Them over 2 years ago