Bikes, sweat, and tears. Riding my way to the PRL.

The origins of a new cyclist has a familiar storyline. I need to live healthier, I need to move, I need to see results. David Bain, a middle-aged cyclist from Glasgow, followed the script – but then wrote his own chapter.

He took up riding three years ago to jumpstart his lifestyle, and the effects were immediate. Early weekend rides had him drop alcohol from his diet, and drop pounds off his frame. He bought more bikes. He turned his basement into his Zwift dojo and trained during the brutal Scottish winters.

His heart was set on the Prudential RideLondon, a 100-mile trek across the city and surrounding Surrey countryside. A route made famous in the London 2012 Olympic Games.

After coming up empty handed in the typical ballot, Bain competed on Zwift’s PRL mission last July. And he won – picked at random from 1500 other riders. He was off to London. A virtual victory turned real.

“Things like that don’t happen to me. It was totally surreal to win that way. When I found out, my wife and daughters got teary eyed.”

At 8:52 a.m., his shoes toed the starting line. The wave was finally about to set off. He’d only been waiting three hours, but didn’t mind a bit.

David ripped it right out of the gate. His BMC Team Machine flew past groups of riders into stunning scenery. Clear skies, rolling hills, and roads packed with 25,000 cyclists dotted by people. Thousands of them, lined up for the entire route.

“I was surprised and taken aback by the amount of public support,” he said. “People stood in their driveways and shops to cheer us on, handing out energy drinks and bananas. You felt like you were part of something huge.”

In a few dreamlike moments, Bain recognized where he was, even though he’d never been there before. “The buildings in Zwift are nearly identical. It was amazing.”

“Surrey Hill was harder than I anticipated. It crests for a bit, and when you think you’ve made it, you face another steep climb.” The zig zaggy “Box Hill was easier that I thought.”

With the race came the eye candy. “I came up alongside a rider dressed in this dalmatian dog costume. Black and white kit, dog head and helmet.”

Bain said with Zwift, “I’m learning that I’m capable of sustaining more.” More is right. He’s now convincing his mates to train with him for next year’s PRL.

“The community is fantastic. People dedicate their own time to help you on group rides. If you drop out, they wait and support you.”

On advice for future PRL riders, he said: “Relax and enjoy it. Don’t push on like it’s a race. By mile 85, I regretted it wasn’t longer and wanted to do it all over again.” 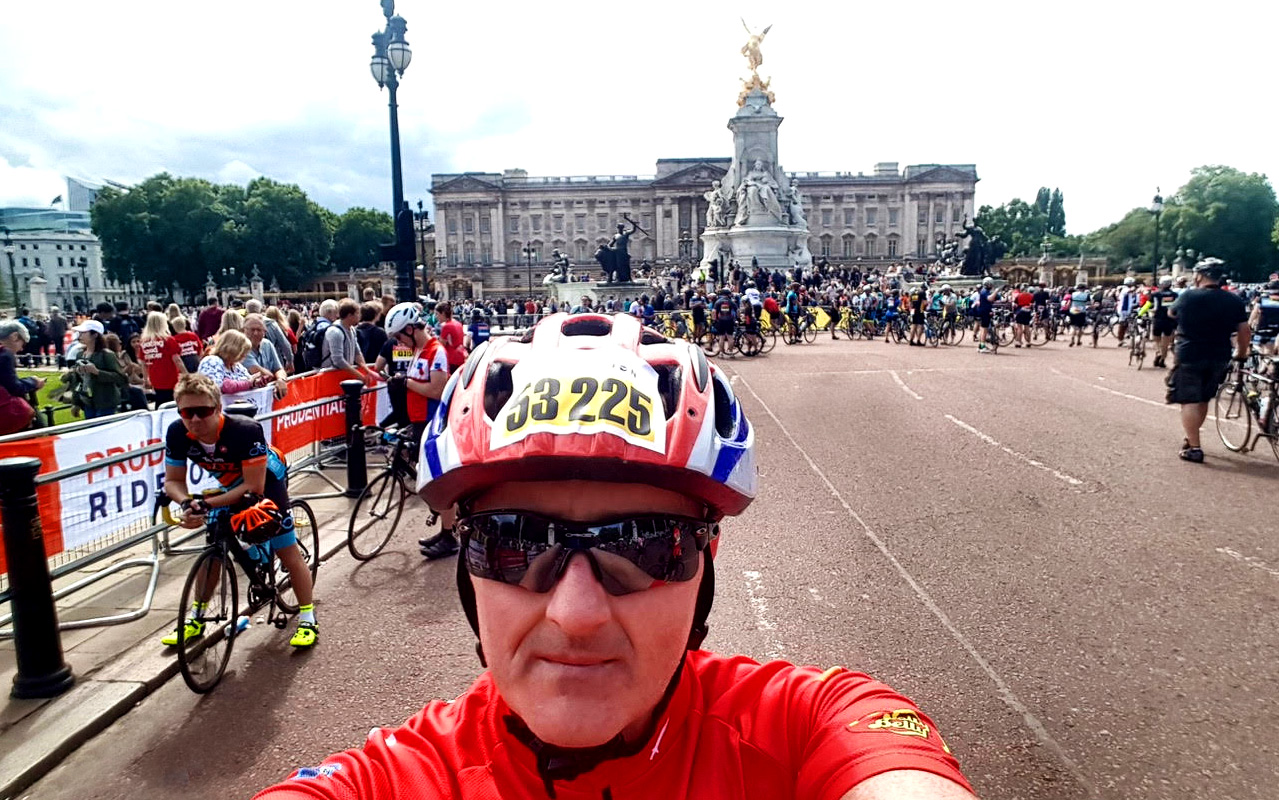 Getting the Most Out of ERG Mode over 4 years ago