Jon Hancock is one of the originals. He’s been using Zwift since February 2015 and Zwift Run since its inception in December 2016. Many of you will know Jon as the founder of Run in the Park, one of Zwift Run’s primary events.

Jon lives in Sheffield, UK, and is married with two teenage children.  He raced XC mountain bikes up to expert level through his late teens and into his early twenties, but cycling took a back seat for a number of years due to work commitments.

He works as a Project Support Manager for Siemens, looking after the installation of equipment like MRI Scanners in hospitals. It is no surprise that he is a self-confessed tech geek.

As he neared 40,  he made a pact with a close friend that they would both compete in a sprint triathlon before turning forty.  Two young children and a busy job meant finding time to train was an issue. Early morning swims and late-night runs became the norm while the children slept.

In June 2013, with the help of a ‘dumb’ turbo trainer, he completed his first sprint triathlon. Then just over a year later, he placed a very respectable 18th in his age group in an Olympic distance triathlon in the stunning location of Buttermere in the Lake District.

Following this Jon completed a number of other sprint triathlons and the Sheffield Half Marathon with a PB of 1:39:16 over a very hilly course. 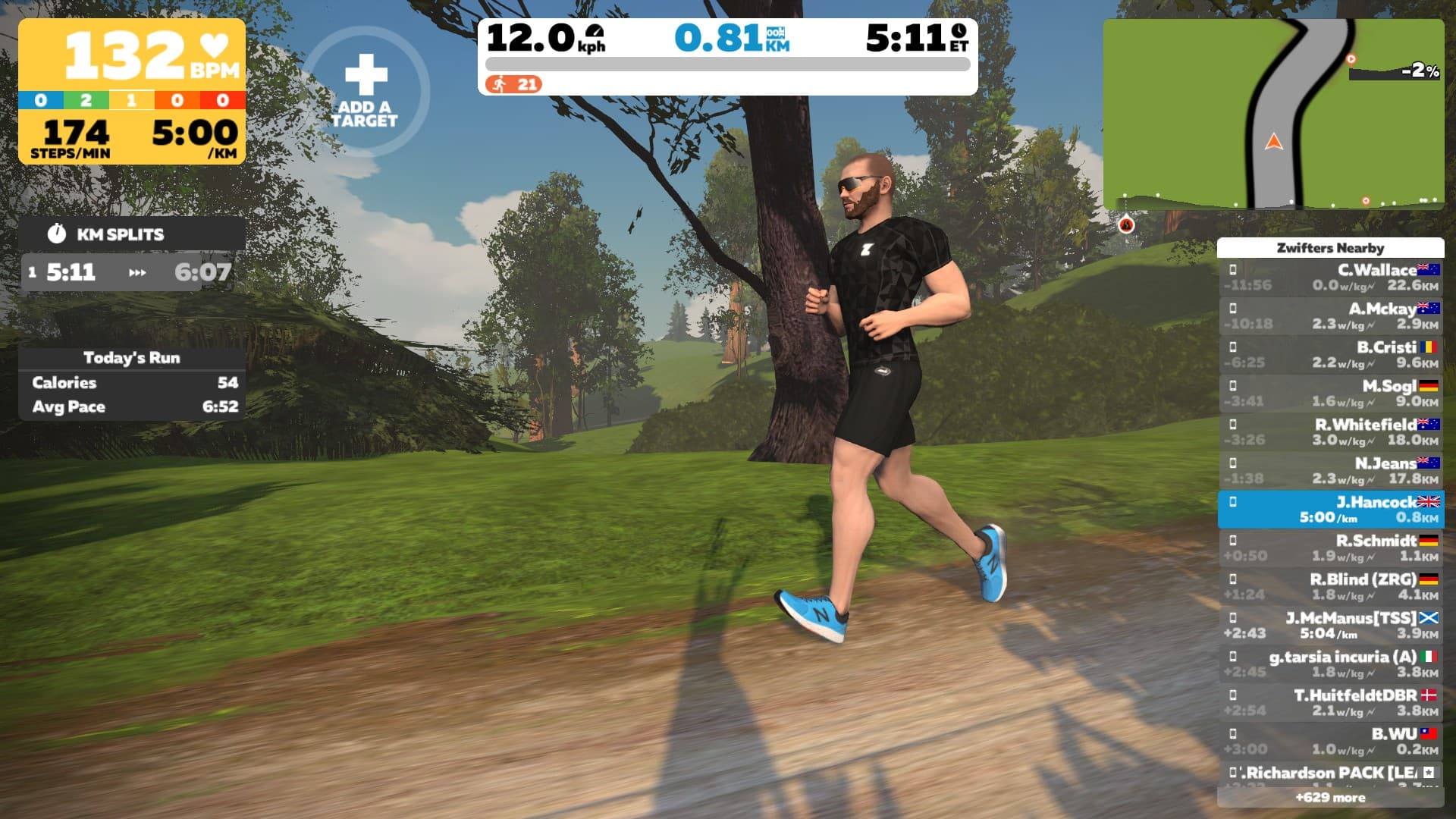 Jon started using Zwift as a cyclist when the platform was still in beta. In December 2016 running was added to the platform as a secret "Easter Egg". Along with a few others, Jon discovered the trick to get running working... and the rest is history.

He became one of Zwift’s first group run leaders and is also an admin on the Zwift Runners Facebook group. Jon is a prominent community leader, contributing to regular meetings with Zwift HQ on the development of the platform.

One of Jon’s main contributions to Zwift has been Run in the Park. This 5k event takes place every Saturday at 9 am UK and has been going for three years. It became the very first official Zwift Run in November 2017 and has now expanded to accommodate different time zones. Jon is of course always there to lead the original run.

Note: Run in the Park continues weekly and has now become the first event on Zwift Run to utilize a league table to rank regular participants.

In September 2017, Jon organized one of the first mass start events on Zwift Run, called the Big Watopia Run. Over 30 runners took part, which seems small by today’s standards but felt like a massive crowd back then!

As his children have grown, they have both become increasingly active in competitive figure skating and football. His support for others in sport is not limited to Zwift and he helps coach grassroots soccer. As a result, Jon’s own training continues to be done out of hours, and he says Zwift has helped massively in keeping his interest and enjoyment levels high.

Jon is well-traveled, having been all over Europe and the USA. But he also enjoys camping in the UK. Australia, New Zealand, and Hawaii are still on the to-go list. Kona anyone?