On the 3R 100 Steady Ride, you’ll join a group of people who want to help you ride 100 kilometers – and have fun doing it. Whether riders stay the whole time or not, the goal is to give everyone a ride that builds fitness and lets them be social.

“We also like to mix things up and throw in fun quizzes (something started by Antony Ribot when we first started out), themed jokes for the week, and anything else fun to pass the time,” says Team3R representative Jonathan Geddes. “I’m always amazed how quick 2.5 hours can fly by.”

Different types of Zwifters join the 3R 100 Steady Ride with all sorts of goals. Some are there to build fitness, and some ride along mainly to have fun and chat. For others, it's their first-ever metric century ride, and they are going after the 100-kilometer achievement badge and virtual jersey! 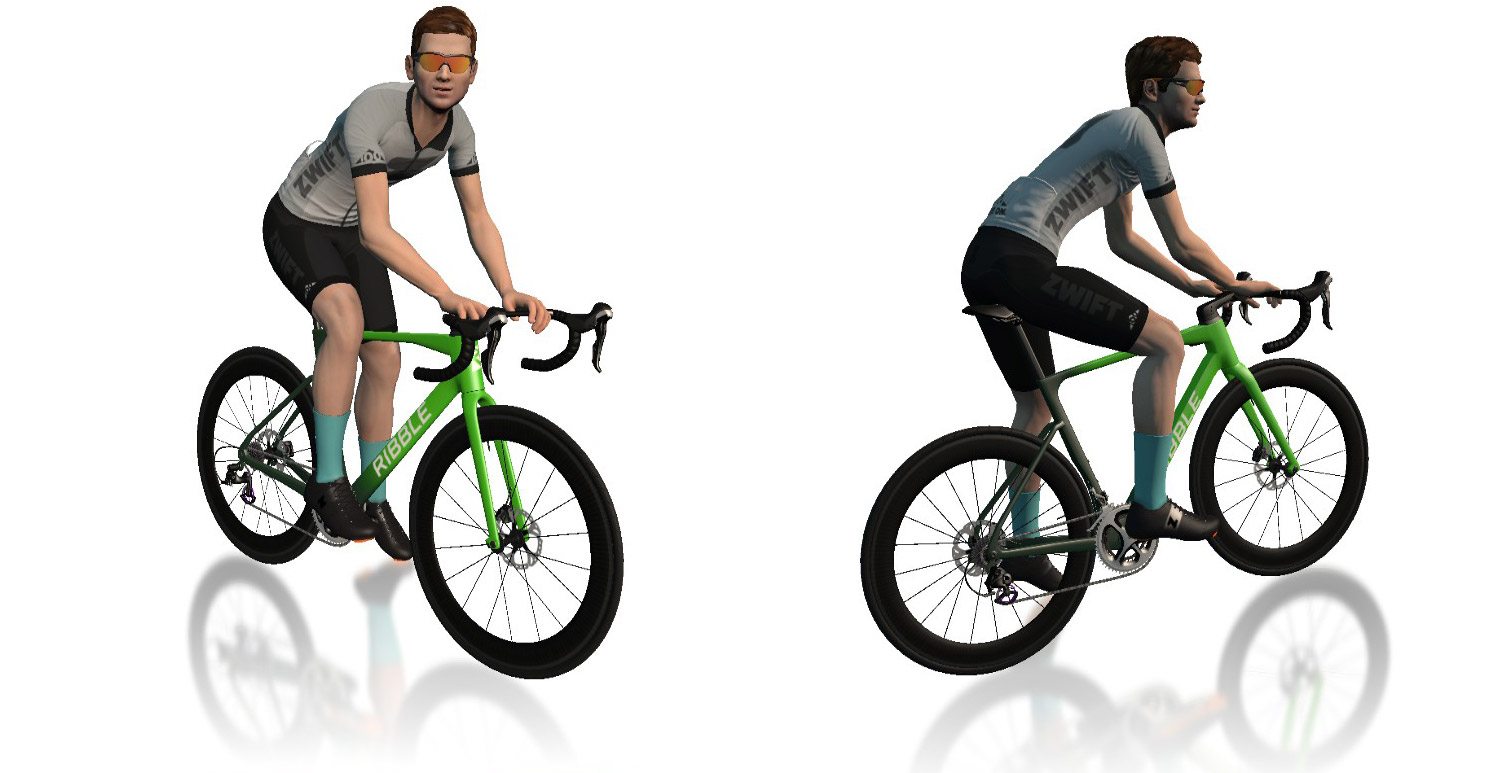 “We often see riders join week one for the first hour or so and build each week to complete their goal,” Jonathan says. “As a team it’s so rewarding to see all the positive messages from the (people) finishing who thought they could never ride that far.”

Typically, there 500-1000 participants across all of the ride times and categories. Some of them shoot the breeze on voice chat with an app called Discord. Don’t worry if you prefer text only! The group still makes on-screen messaging a priority so everyone can be included.

“This social aspect of all our rides at 3R is what we’re all about, and hopefully we inject a lot of fun into what is for some a very, very long ride,” Jonathan says. “We are lucky to have some great characters armed with a selection of jokes quizzes and a lot of knowledge.”

Want to know how to fix a problem with your trainer or how to set up a live stream? There’s always someone to ask at the 3R 100 ride. Wondering how many repeats of the Watopia KOM it takes to get the Tron bike in one ride? If Team3R member Ross Duncan is there, he’ll tell you from experience that it’s 107.5.

The weekend rides include two different groups at 2.5 and 3 w/kg. Jonathan says the ride leaders try very hard to stick to the advertised pace. Sometimes it takes a little while for the riders to settle down, but it soon smooths out to a steady pace. When riders lose contact with the group, a team of sweepers is on hand to help them get back in. It takes a lot of effort to close a gap to a large group, but these sweepers have helped riders who are minutes behind! Just shout that you need help, and get ready to hold their wheel. 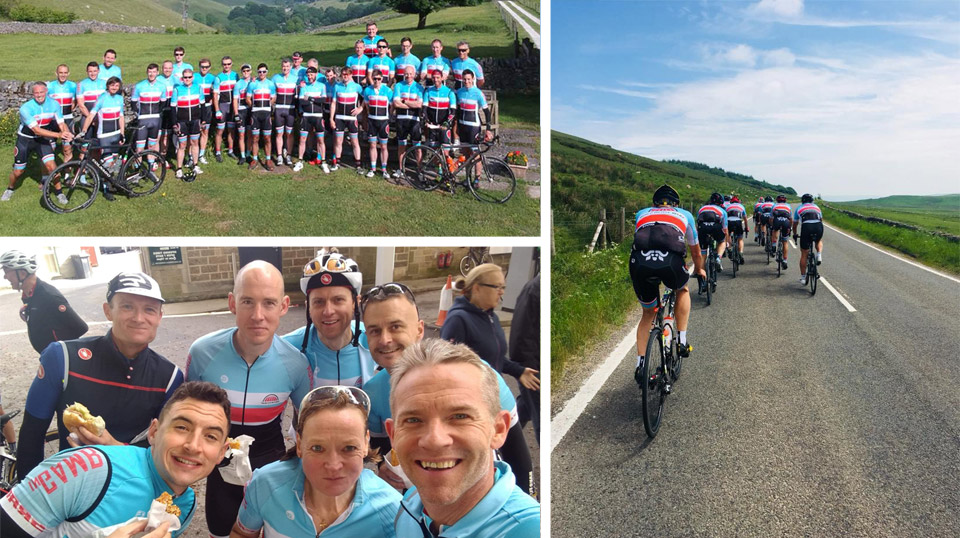 3R stands for “Ride, Race, Raise,” with “Raise” referring to their support of World Bicycle Relief. Team3R used to be known as Club WBR in honor of that nonprofit organization. Jonathan explains how the 100 Steady Ride started:

“The ride started a few years ago and was led by a number of leaders at the time. It was a mixture of reasons. (For) some it was about getting in some longer social rides, for others it was in preparation for our annual 24-hour ‘Ride On for WBR’ events where targets of 300-600km over 24 hours were set, and (for) some new to the team it was simply to bag that 100km jersey. These reasons still carry on for lots of riders today which is great to see.”

Now the ride takes place at four times on three different days. Plus, there’s a “3R 160 Steady Ride” on Saturdays at 07:30 GMT for those who want an imperial century (100 miles), which comes with its own achievement badge and kit unlock!

Leaders of the 3R 100 Steady Ride include (left to right):

Visit Team3R at their Facebook group to find more information about the 3R 100 Steady Ride and other events. 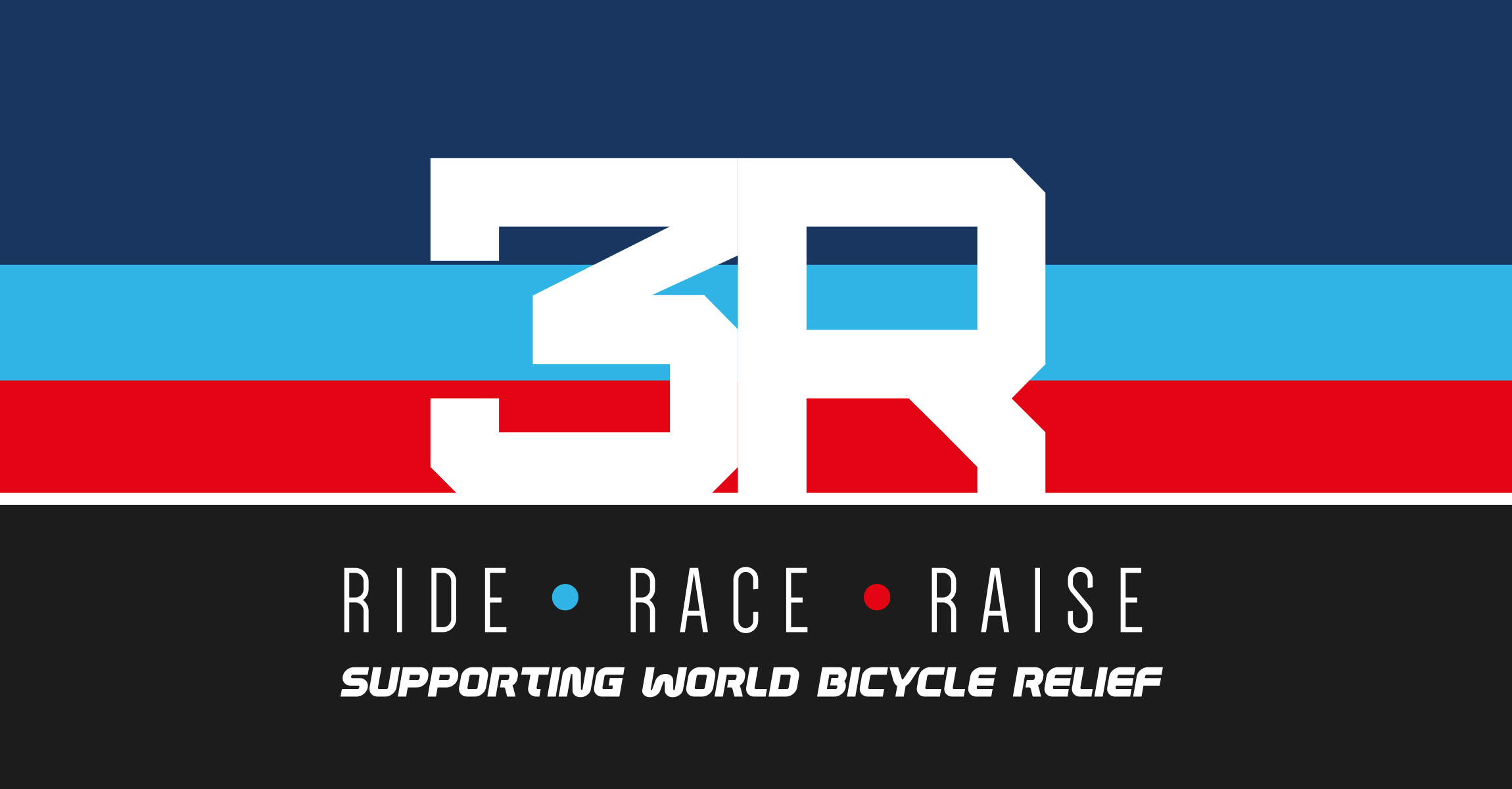