Want to build your endurance but can’t motivate yourself to do it alone? “Mooove” with The HERD in their Sunday Endurance ride!

You’ll spend two hours or more with a supportive group, and maybe even find some encouragement to take on a challenge.

“Our main goal is to provide a chill ride at a constant pace, where everyone can join, be social, and have fun,” says leader Marius Midtskogen. “The goal of the ride is to encourage riders of all levels to partake for as long as they can and at the same time build on their endurance strength.” 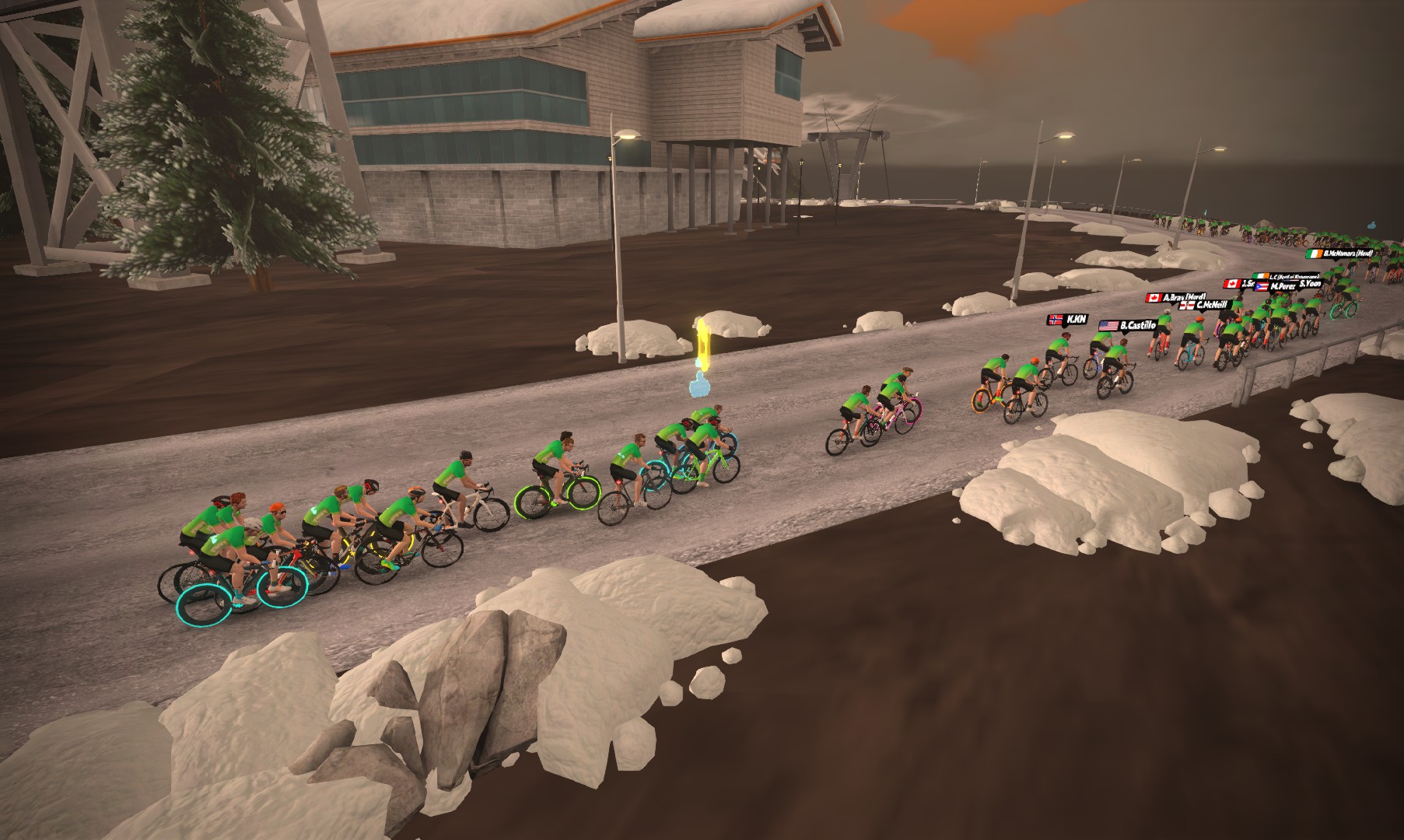 The HERD Sunday Endurance ride is just what it sounds like – a fairly long, steady workout for the weekend. The leaders pride themselves on sticking to the advertised pace. They generally stay closer to 1.5 w/kg on flatter sections and 2 w/kg on hills.

Most weeks, they ride for two hours. Sometimes they don’t stop there. When they’re in the mood for a challenge, they’ll pick some of Zwift’s hardest routes to help riders get achievement badges.

Recently, the group has ridden both the Four Horsemen and Uber Pretzel, and the PRL Full route is scheduled for August. These are all long courses with plenty of climbing. If the idea of finishing them on your own seems overwhelming, riding with a group can make it faster and more fun!

The Sunday Endurance rides see 200-500 people joining each week. At first, there weren’t any sweepers, because it was challenging to find riders who could handle the job for at least two hours. Now, though, there is a dedicated team to help people find their way back to the group.

Marius calls sweepers “the true heroes of any ride” because of their dedication to helping others. The team for the Sunday Endurance ride includes Jake-Winter Sanderson, Stephen Jenks (“Frosty”), Bill Aslin (“Buddy the Elf”), Simon Stormberg, Dave Turner, and Gordon Sloan.

Riders of all experience levels are invited to join, but the group has specific words of encouragement for beginners.

“Remember that there are many things to learn when it comes to riding on Zwift,” Marius says. “We were all beginners at one time, and have probably made the same mistakes as everyone else. Don’t be afraid to ask questions before, during, or after the ride. The HERD is here to help. #HerdLove #Moooooo” 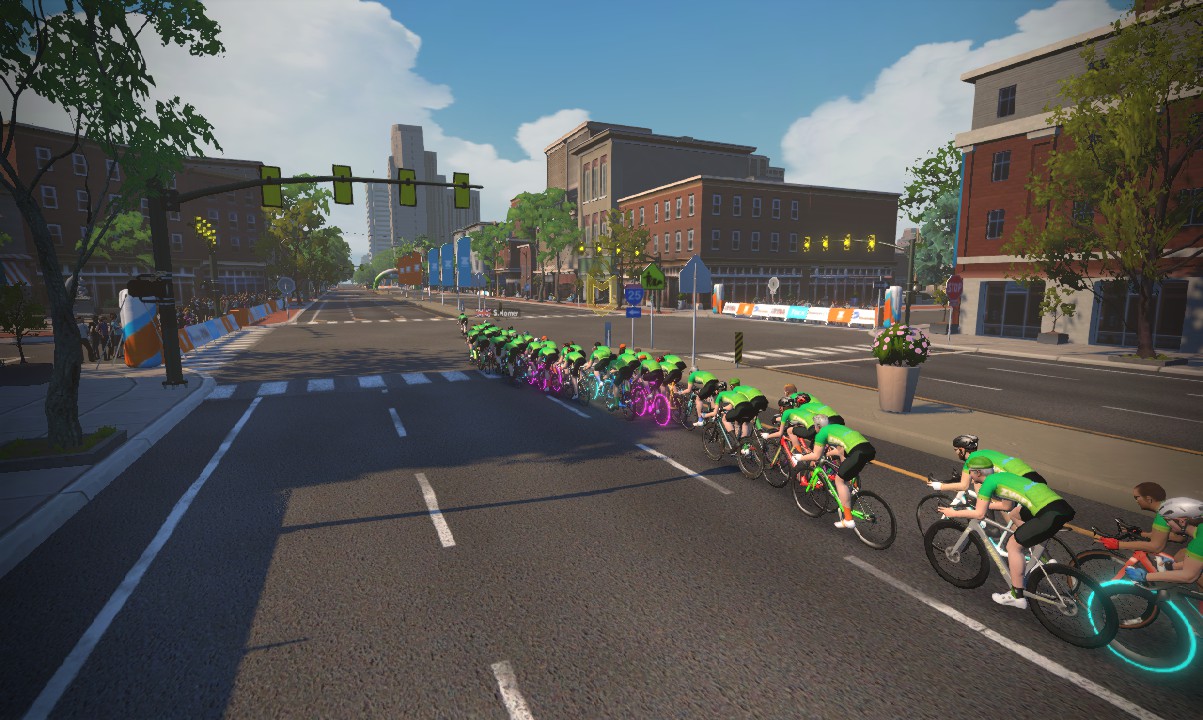 The story of the HERD Sunday Endurance ride goes like this:

“The ride had its first run February 25th, 2018, and was started by Marius Midtskogen. We saw the need for a longer endurance-based ride over the weekend and wanted to give our members the opportunity to join in the fun. We quickly built a following for the ride and had riders join from all over the world. We typically see a lot of European/UK riders, but also many people from Australia, New Zealand, USA, and Canada. Lately, we’ve also seen many South-American riders join us on Sundays.”

“The HERD is a very supportive group, created with a focus on compassion and encouragement. All Zwifters are welcome to join! Looking for some company while riding on Zwift? Team members often ride together in big non-HERD events such as Fondos. We will hang back at the gates for 2 minutes before we ride out together. You’ll often see us shout MOOOOOOOOOOOO!!! in the in-game chat.” 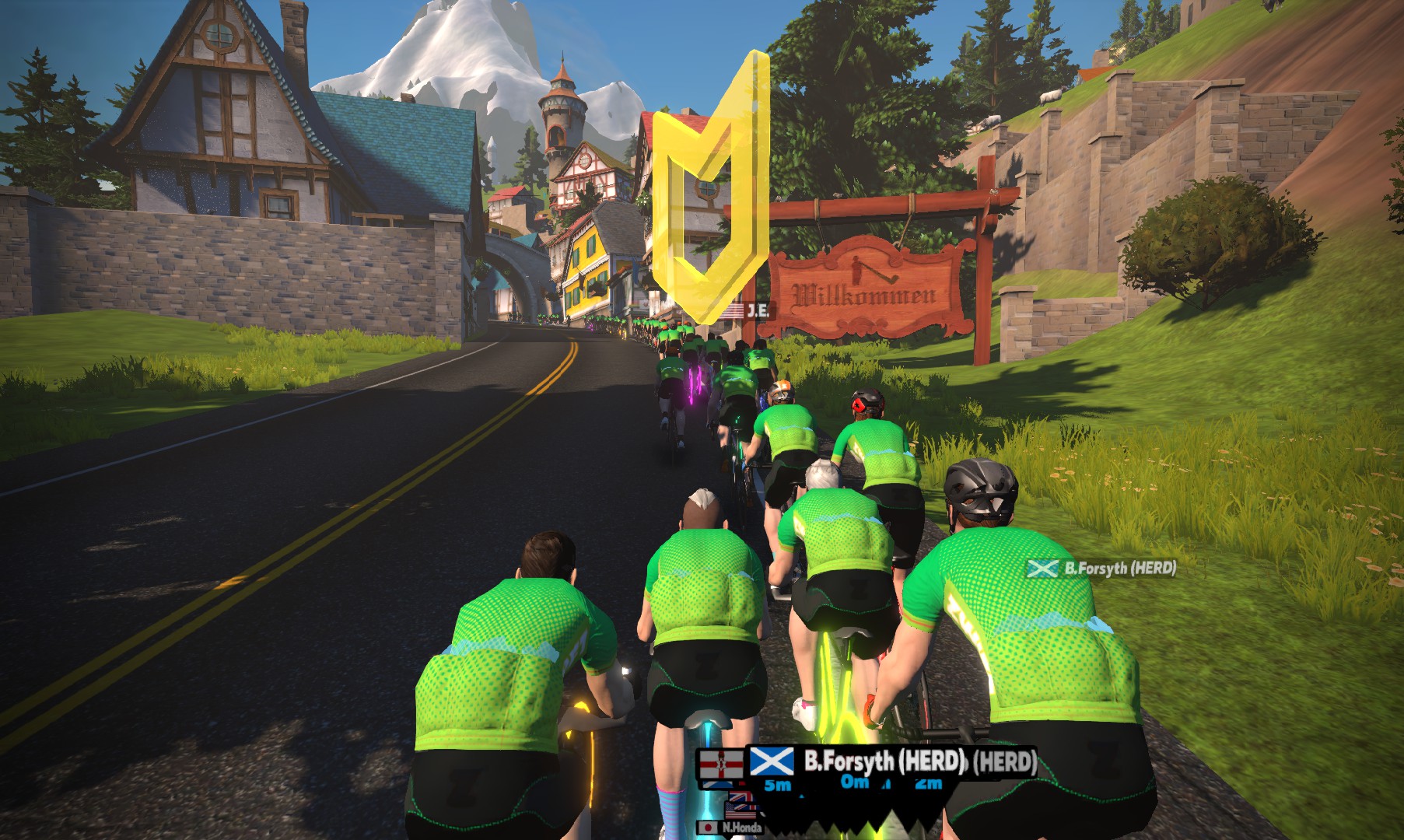 Marius is a 44-year-old level 50 Zwifter from Norway. He got into cycling for weight loss and quickly developed a liking for it. He joined a few real-life races before he got a trainer and became hooked on Zwift. Marius has dropped his weight by 40 kg/90 lbs through cycling and Zwift. He is one of the founders of The HERD and has spent a lot of time riding, leading, and sweeping the group rides.

Lee is a 53-year-old rider from Texas who joined The HERD after discovering Zwift in 2018. He started cycling in 2015 as a way to lose weight. After experiencing the amazing groups and events on Zwift, Lee jumped in with both feet. He soon discovered The HERD and began joining many of their rides.

Lee decided to start sweeping HERD rides, and the Sunday Endurance ride was a favorite. In the summer of 2019, Marius wanted to take advantage of the glorious summer weather and do more outdoor rides, so Lee took over the Sunday Endurance Ride through the end of the year.

Learn More About the HERD

At The HERD’s Facebook group you can find answers to any questions you may have about the Sunday Endurance rides and The HERD’s other events. There is also a racing group for those who enjoy racing.