If you’re looking to end your work week early with a relaxed Zwift group, drop in on the PACK Slackers Sub-2 Ride.

This popular group ride aims to keep a steady pace and a friendly atmosphere.

“People join us if they are working from home, on holiday, off sick, and even those from the other side of the pond or in a different time zone,” says leader Tony "Beanie" Richardson. “I know that many a sprint has been undertaken while the rider was taking a conference call!” 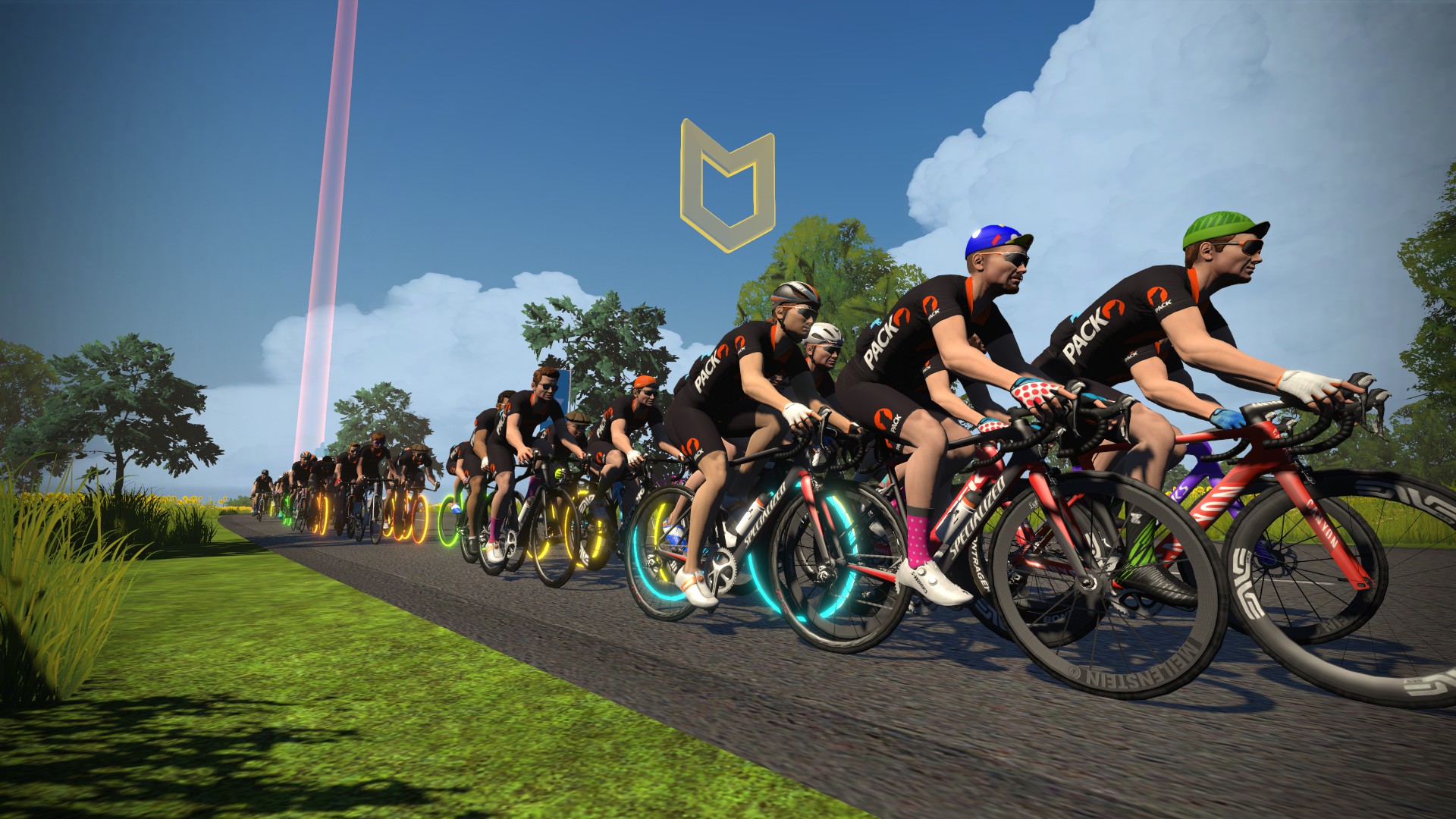 In case you couldn’t tell from the name, PACK Slackers is a social group ride with a laid-back attitude.

The pace of the leader may vary, but it stays under 2 watts per kilogram. That speed will feel different for different riders, but it’s easier than many rides on Zwift and a good target for beginners.

“The ride leader will do their best to also ensure the ride stays together at the advertised pace and call out sprints and regroup points,” Tony says. The leader (marked by a yellow beacon) and the head sweeper (red beacon) also message the group with their location every so often. When you know where they are, you know where you should be.

The PACK Slackers ride regularly welcomes 200-600 riders, so be prepared for a large draft in the main group. If you lose that draft and fall out of the group, give a shout to the red beacon, and the group that Tony calls the “Awesome Sweep Squad” will help you get safely back into it.

“PACK Sweeps are real hard workers, and they will work together to help anyone in need of a little support, sometimes even riding with you if you can't manage to finish with the main PACK,” Tony says.

Tony remembers the day that the group began:

“Back in March 2018, the PACK Slackers started life on a Friday Snow Day when Steve Clogg couldn't get into work due to the bad weather. It was supposed to be a one-off ride. The first ride saw over 400 people turn up. Back then it definitely was a huge number for a short-notice weekday afternoon ride.”

“After seeing such good attendance, Steve and I agreed we should make the slackers a weekly ride and as I'm retired, I took up the lead and we added it as a regular ride in the weekly schedule.”

Tony “Beanie” Richardson has been leading for PACK since it first began in 2015. He says: “I have been riding on Zwift since the very early Jarvis Island days so I guess I should know my way around Zwift by now, even with everything that's been added since those early days. I regularly ride 300 miles a week and run outdoors every day. I enjoy leading for PACK and especially the beginner's rides which are aimed at those taking their first steps in group riding with PACK.”

Ryan Downey initially joined the group as a sweeper and became a ride leader a little later. He now alternates the lead and red beacon with Tony each week. Some riders also will know Ryan from the PACK runners’ group, which has several events each week and continues growing in popularity. He is also one of the moderators for the Zwift Runners Facebook group and runs all distances, including marathons.

Running Achievement Badges about 1 year ago