Zwifting Across The Miles

When you can’t ride bikes together on real roads, try meeting each other on virtual ones.

Though they live in three different states, David Riese can ride anytime on Zwift with his father, Ken Riese, and sister, Stephanie Carey.

David lives in New Jersey, Ken in Delaware, and Stephanie in Pennsylvania. While it’s not far to travel, both the COVID-19 pandemic and their busy lives have meant they don’t get to see each other as often as they’d like. They all love cycling, but it’s hard for them to ride together.

In late 2020, David realized they could connect through Zwift.

“I was looking forward to riding and interacting with my dad virtually in a sport we both love,” he says. “I just started to call or text my dad and ask him if we wanted to ride together this week. We would agree on a day and time, and I would set up the meeting.”

At each of their separate homes, these family members climb onto their own bikes at the same time. Sometimes it’s all three of them, and sometimes only two can join. As they pedal, their avatars roll down the roads of Watopia or London or France, sharing a scenic journey together.

David uses the Meetup feature to schedule these small group rides. He selects the “keep together” option to make sure they stay close to each other even if their effort is different.

That doesn’t stop his sister from getting a little competitive.

“I’m definitely slower than both of them, but I try to beat them in sprints and climbs - doesn’t usually happen!” says Stephanie. “It’s also motivating. As much as I love to ride, sometimes bringing myself to do it is hard. When I know I have a family ride it keeps me accountable.” 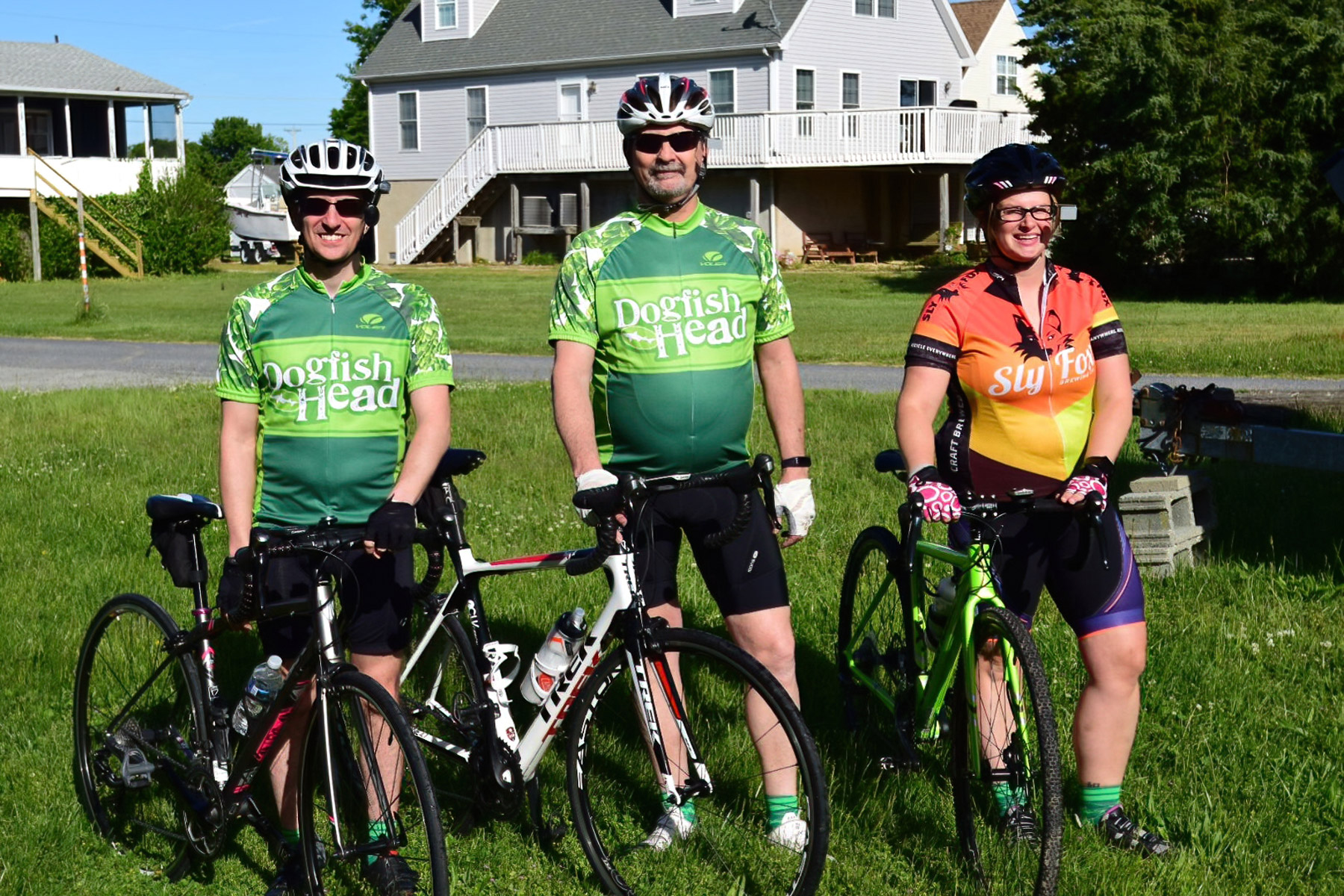 “It is lots of fun to ride with my kids, and now to be able to do it virtually, it helps keep us all motivated,” Ken says. “We also text a lot more about cycling in general.”

During their Zwift rides, the family members use the in-game chat feature to talk to each other. You can do this using either a keyboard or the Zwift Companion app:

The siblings have their father to thank for their love of cycling. Ken got them both riding.

“I’d meet my dad and ride with him around the neighborhood or down the SRT (Schuylkill River Trail),” Stephanie says. “Then my brother picked it up. He never lived close to ride with us, though.”

David started road cycling in 2015. His father suggested it to him after David started developing knee problems while running. He bought a bike when he started his first full-time job out of graduate school, but he didn’t get to ride it as often as he wanted.

That changed in the summer of 2020 when David was working from home. He had more time to ride outdoors and he took full advantage, taking the bike out more and more.

“As the fall and winter approached, I was worried I would lose the fitness that I had gained from so much riding,” says David. “I don’t particularly appreciate riding in the cold weather, so that wasn’t an option. I did have a wheel-on trainer, but I was always so bored with it.”

Stephanie needed a better way to train indoors, too. Their father had the answer. 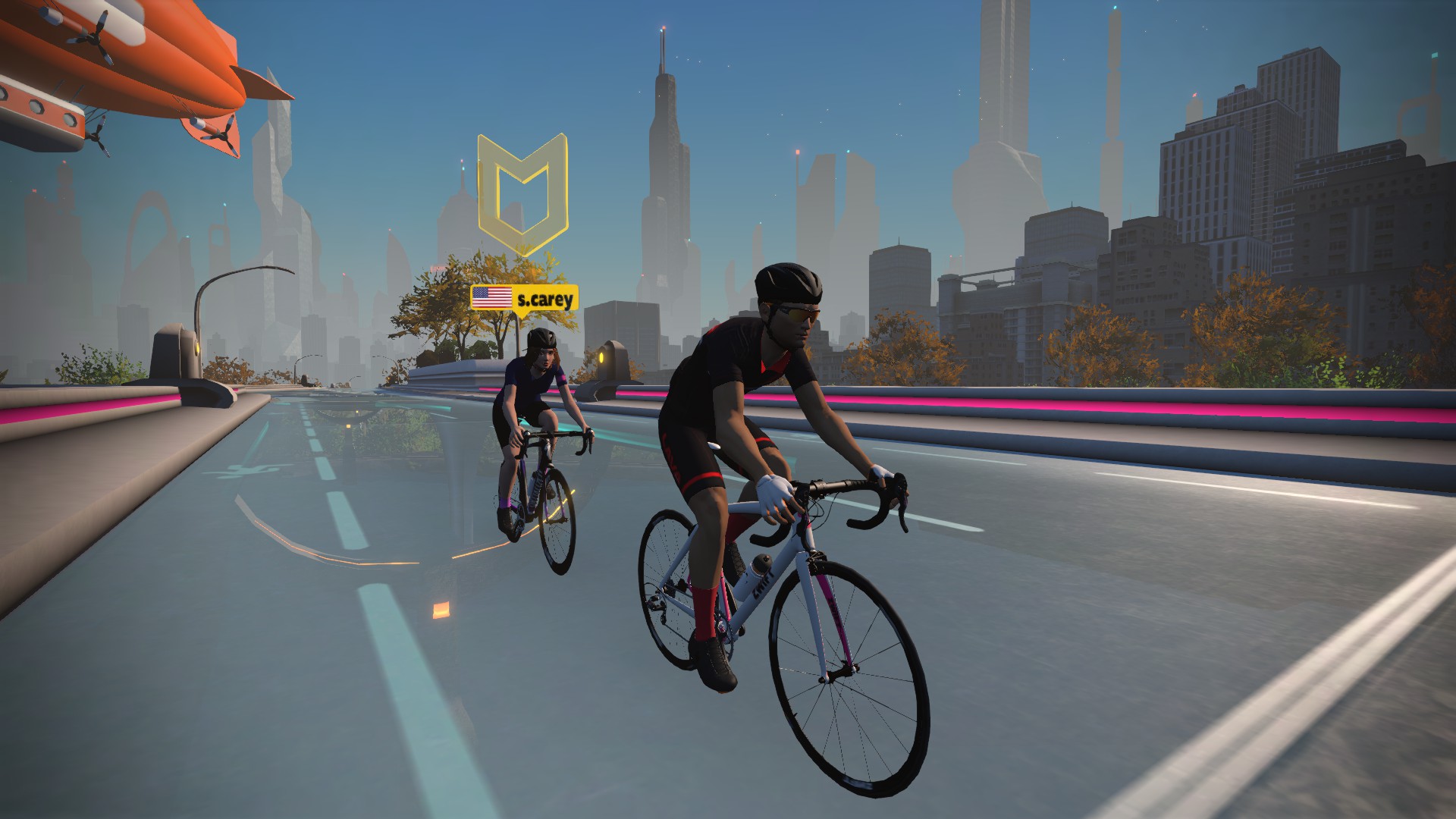 Ken has been cycling for more than a decade. He started riding regularly when he was 49, and he’s now 61 years old. He joined Zwift shortly after it was released, looking for a better way to train indoors than listening to music or watching a movie.

Then he suggested it to his children, and Stephanie joined in 2017. Her favorite part of Zwift is the group rides, whether it’s with her family or other riders across the globe.

“A group of us all over the world hooked up online thanks to another cycling organization and rode once or twice a week,” she says. “They are called Bikes and Beers. They do in-person rides, mostly on the East Coast, but during the pandemic they launched a social distance online platform.”

David followed in late 2020 and loved Zwift right away.

“On my wheel-on-trainer, I was lucky to get in 5 miles,” he says. “The first time I rode on Zwift, I think I rode about 25 miles, and it felt so real and so much fun. I also never had access to power data, so it was fascinating to start to see how much power I was putting out.”

He remembers being motivated on his first ride to try to stay on the wheel of a few other riders from different countries. It’s no wonder, then, that he really likes Zwift racing!

“I don’t race outside because I am worried about crashing, but the Zwift races allow me to be competitive in a safe environment,” he says. “I also use the races for workouts and to track how my fitness is improving.”

Ken says his favorite part of Zwift has been trying different routes, especially the hilly, challenging ones like Three Sisters in Watopia. He enjoys seeing how well his children have taken to Zwift and cycling as a whole.

“I know that David just talked to Steph about joining Zwift Academy,” Ken says. “I’ve created a monster with David. He is chasing numbers and is in the best shape of his life.”

This fall, the two siblings and their father will have the rare chance to ride together, at an event in Delaware called the Amish Country Bike Tour. As the weather turns colder and the bikes come indoors, they’ll meet up again on Zwift.

They all appreciate being able to spend time together doing something they enjoy, even if it’s in a virtual world.

“I am very thankful that I get to spend time with my family on Zwift, enjoying a hobby we all like,” David says. “It also means a lot because I feel as though I am helping my family stay healthy.”

Speed Workouts for the ZA Run 2021 Program 4 months ago