Zwift Tri Academy has rolled around again, and with so many amazing athletes with inspirational stories to tell, it’s hard to pick out individuals from this year’s crop. But we'll still do our best! Over the coming weeks, Zwift Tri Academy Success Stories will focus on athletes whose stories will encourage and motivate you to compete and complete this year. It’s time to meet Cristine.

São Paulo, while not the capital, is the biggest city in Brazil and home to 38-year-old Cristine Stahlschmidt. She moved here totally alone in 2012 to start her career working as an Ophthalmologist.

“My job involves promoting eye health for my patients, either at the office or in the operating room.” 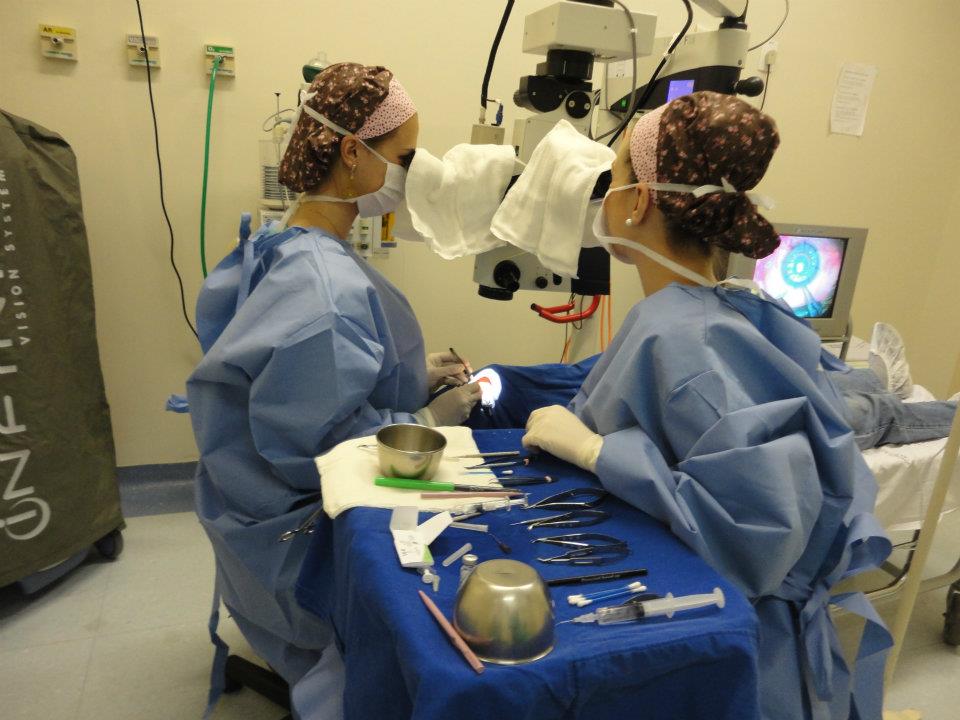 Cristine works full time but also exercises every day, she states, “to maintain my physical and mental health.”

She was born in Campinas, Brazil, 100km from São Paulo, and describes herself as a couch potato as a child! Despite this, she did play some soccer, volleyball, and basketball and joined a swim school for a while. “I always loved to watch all kinds of sports and one of my dreams was to be an Olympic athlete, but I never got the opportunity to discover a sport which I was good enough at to become a competitive athlete.”

Her father loved sports and the Olympics. He encouraged and inspired Cristine by taking her to see the Olympic Games up close in Atlanta, Sydney, and Rio, which she describes as an amazing opportunity. “My love for sports is totally related to my father. He was a good amateur tennis player.” 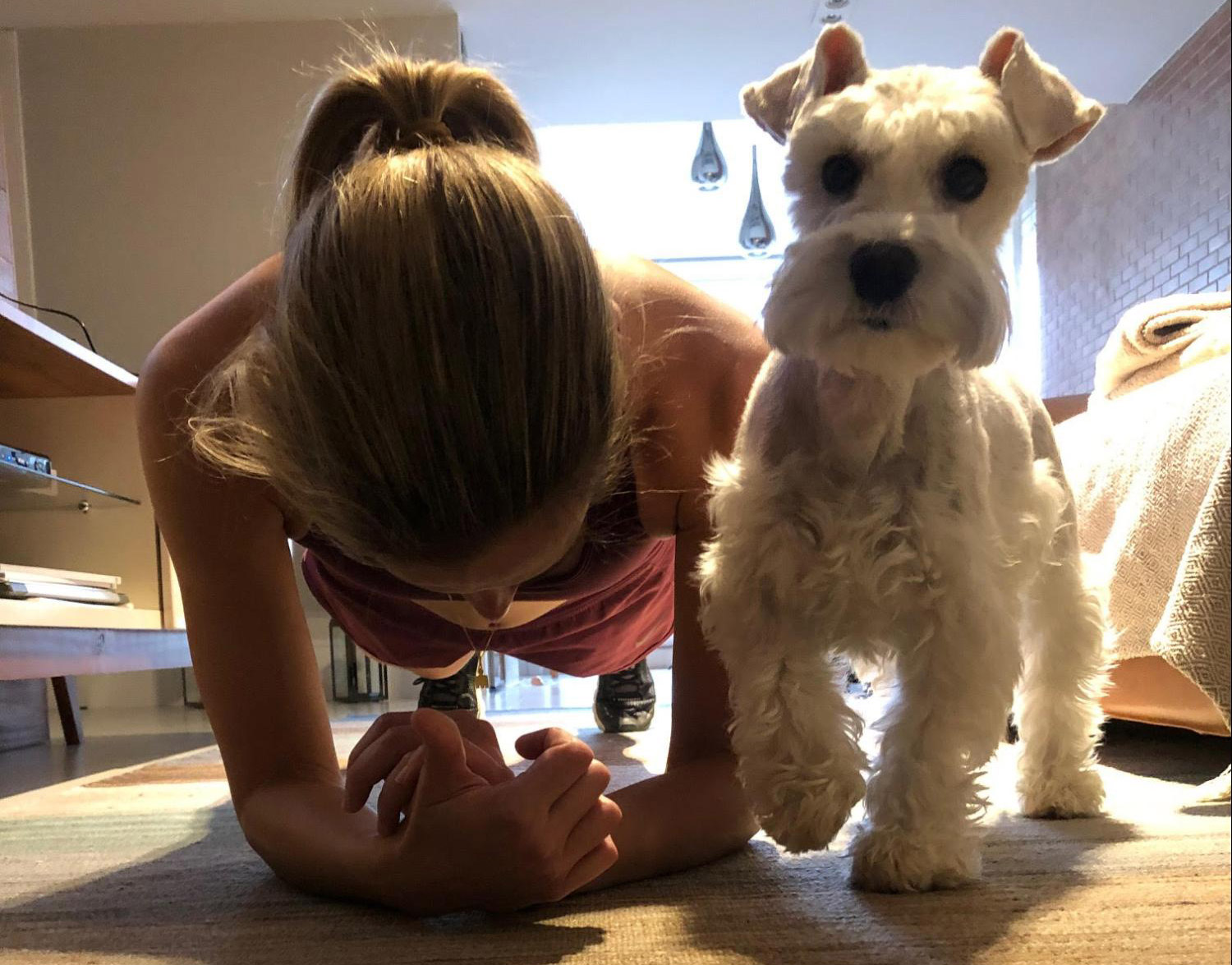 “I think sports really saved me from depression,” says Cristine. Having just returned from an exchange program in Sydney in 2000 at the age of 17, she suffered her first major bout of depression. Cristine felt something of a generational conflict with her parents at the time and she was at a crossroads deciding on a career path.

Her first depressive bout was treated with therapy and medication, and regardless of the challenges presented with her depression, she still went on to complete 6 years of med school.

Her second major episode lasted about one year starting in 2012, but this time, her treatment consisted of therapy plus a strong dose of sports medicine - which came in the form of regular running. Cristine says this focus on therapy and running allowed her to get through her depressive bout without the use of medicine.

“My training time is my happy place”, she says, “especially running for me is meditation, a place for reflection, connection with happy feelings and a time to have peace.”

Cristine says that both her parents knew being independent and living alone was important to her and, “when I decided to move away to med school our relationship only got better.”

Ironman Went Past My House

Cristine graduated from college in 2008 and had started running the year before, primarily to keep fit but also to fight her bouts of depression. At the time she lived in Florianopolis which is the home of Ironman Brazil.

She explains, “The bike course passed in front of my house, so I used to watch the athletes every year and dream about being there competing someday”.

After moving to São Paulo and battling that second big depressive episode, she finally started swimming and bought a bike. In 2015 she fulfilled a dream of lining up at her first Ironman back in Florianopolis. 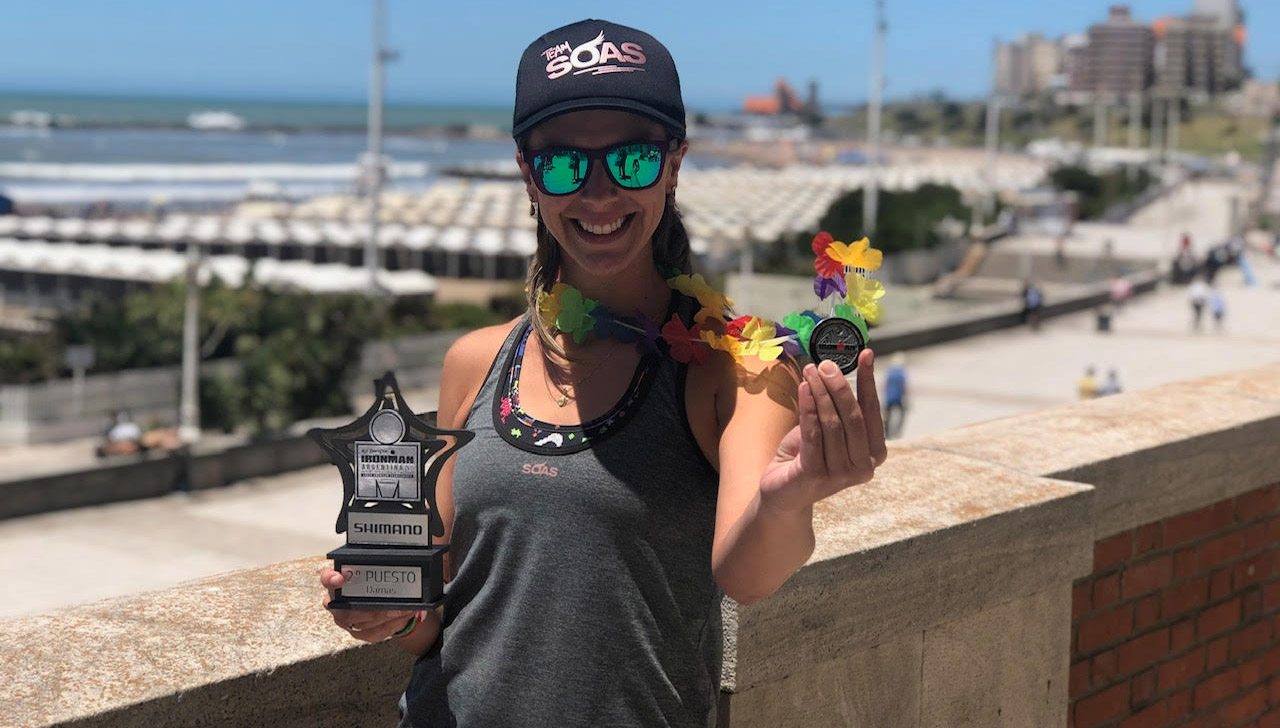 For Cristine triathlon means more than a way to get fit or cope with depression. It is now a complete lifestyle. Since her first at Ironman Brazil she has completed 7 further Ironman races and in 2019 she achieved another dream of qualifying for the ultimate triathlon, in Kona.

Unfortunately, due to the pandemic, her Kona experience has been postponed until October 2022. She says it would be amazing to eventually line up at Kona as part of the Zwift Tri Team! 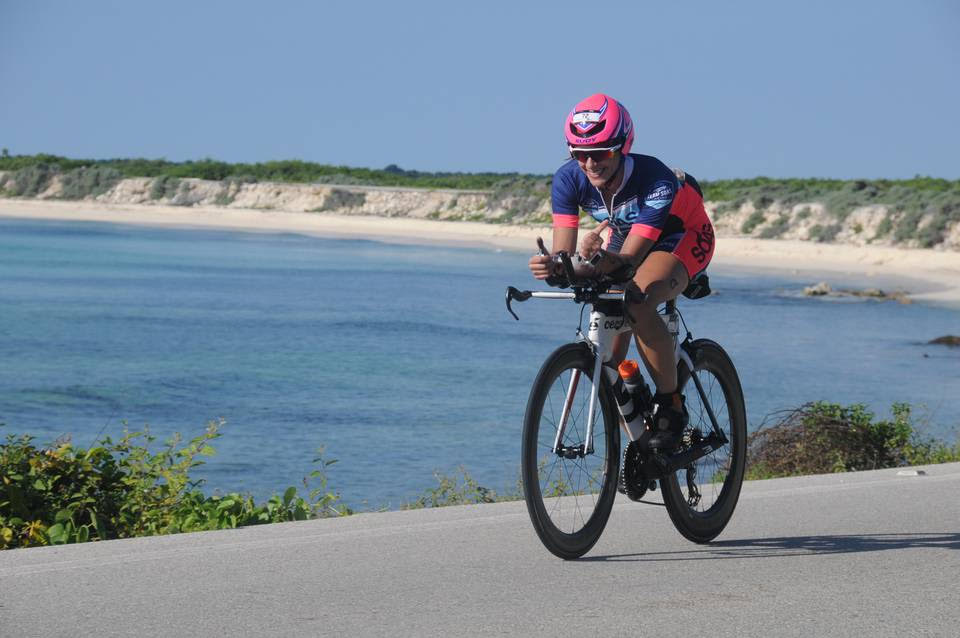 Cristine is a Level 50 cyclist, having ridden almost 30,000 kilometers on Zwift, and a Level 18 runner logging nearly 1000 kilometers since Fabio signed them both up to the beta version of Zwift in 2016.

Initially they used a dumb trainer and Cristine admits she wasn’t overly excited by it. So they purchased a smart trainer and since then Cristine has described herself as "a bit of a Zwift Freak."

Cristine explains, “Living in a big, crowded city, we often have difficulty getting bike sessions done outdoors, what with traffic jams, commute time from the training site to work, security, etc. I also don't have that much flexibility with my work schedule. So Zwift lets me get my sessions in very early in the morning or later after office hours.”

Cristine particularly loves interval training. She says Zwift is perfect for interval sessions. “The quality of my sessions and my fitness improved significantly.” Plus she says there are extra ways to motivate and challenge yourself on Zwift: meeting new friends, unlocking virtual goodies, “and of course with programs like the Zwift Academy!”

She says, “My hope this year is to gain fitness for my next Ironman race in Cozumel (November 2021), to make new friends from around the world, and perhaps make my way into next year's Zwift Tri Team! I want to inspire women out there and show anything is possible.”