Operating system deprecated? With Zwift, you have options!

Beginning with our July 2022 update, Zwifters on older devices may see a black and white screen with a warning message: 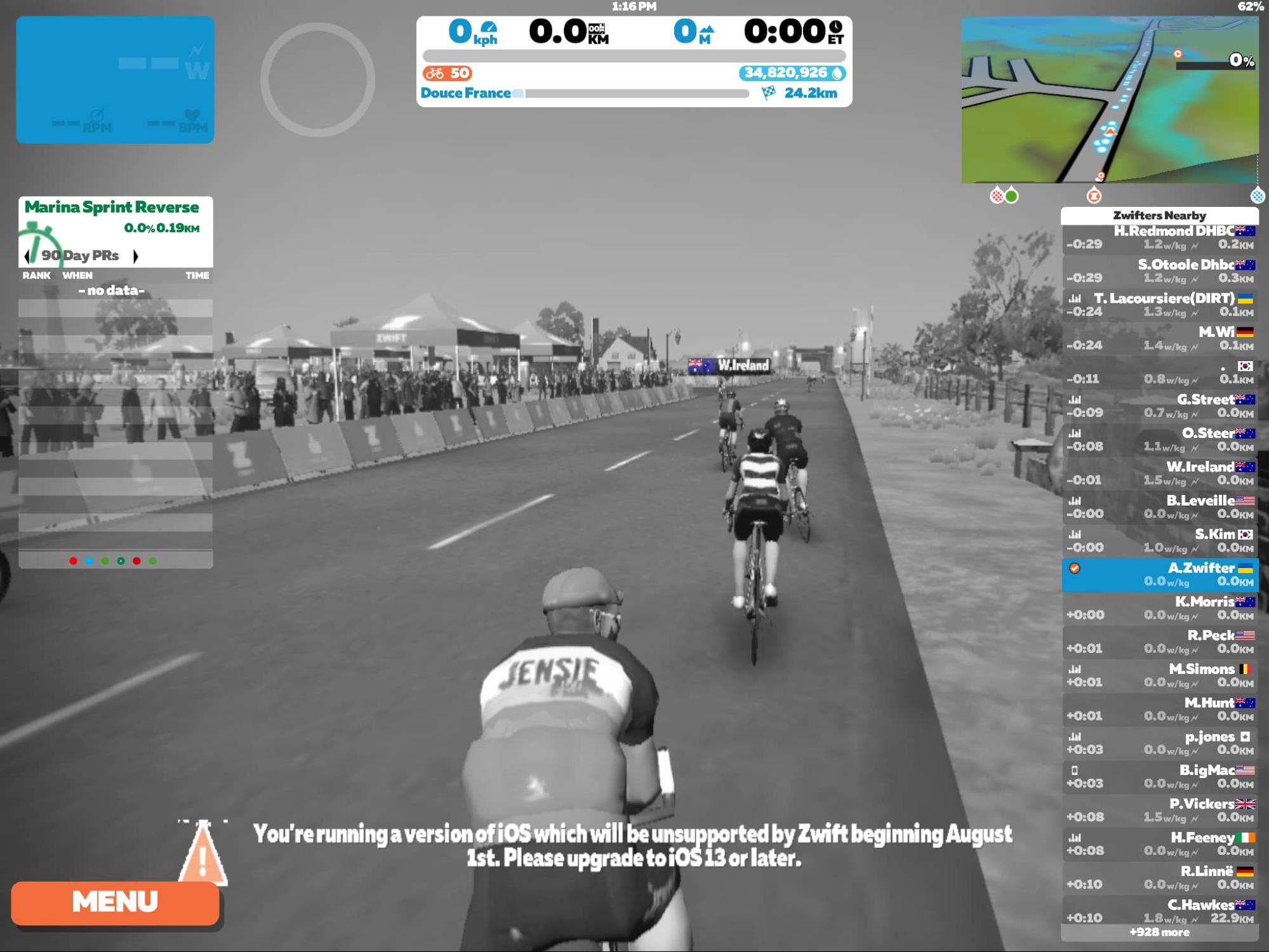 Why Do I Need To Upgrade?

Zwift runs on various devices including iPhone, iPad, Apple TV, Android phones/tablets, and PC/Mac computers. While we try to support older devices, occasionally we have to stop supporting older hardware or operating systems so we can focus on leveling up the game experience for the broader Zwift community.

Deprecating older devices is common in the gaming industry since it allows developers to utilize features only available in newer operating systems. Additionally, some older hardware has limitations that were not an issue when Zwift launched, but are now an issue as Zwift’s maps have expanded.

One common hardware limitation is memory (also known as RAM). The original iPad Air shipped with just 1GB of memory, and only a portion of that memory is made available for running apps like Zwift. This put a cap on the size and complexity of our maps, limiting the expansion of Watopia and other worlds!

Need to upgrade your device? You can do so affordably, and you’ll be happy you did since Zwift will run much more smoothly on newer hardware! Here are a few affordable recommendations:

See it on Amazon

The small Apple TV box connects to your TV screen or monitor via an HDMI cable, so you will need a screen and HDMI cable to run Zwift on Apple TV.

You probably own a smartphone capable of running Zwift. “But the screen is too small,” you say? We agree. Apple’s Lightning to Digital AV Adapter lets you plug your iPhone into a big screen, mirroring your phone to a TV or monitor. (Requires HDMI cable sold separately.)

Note: we recommend plugging your iPhone’s charging cable into the adapter so your phone stays charged while running Zwift.

Adapters are typically available to mirror your Android phone to HDMI as well, but there isn’t just one adapter that works for all Android phones. Try searching Google for "USB HDMI adapter for [Your Device]" and see what comes up. (We don’t recommend wireless solutions like Chromecast or Amazon Fire Sticks, as frame rates can get choppy.)

For more on which devices are best for Zwift, see Supported Devices to Run Zwift