We are pleased to announce the 10 Semi-Finalists of the Team Dimension Data | Zwift Academy!

These men finished with strong all-around performances in the Qualifying Stage. They’re edged closer to the Grand Prize: a U23 pro contract with Team Dimension Data’s Continental Squad for 2018. These 10 contenders wear flags from all over the world.

Our partners at Tacx are awarding each Semi-Finalist a Tacx NEO trainer to power through the next stage. They’ll face a series of Zwift Structured Workouts, Group Training Rides and Outdoor Workouts designed by the coaches at TrainSharp. The group then narrows to 3 finalists, who will head to Team Dimension Data’s training camp in Cape Town.

Congratulations to all participants! Your combined efforts donated 124 bikes to Quebeka and South Africa. Let’s meet the semi-finalists. 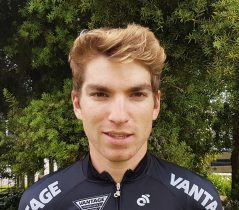 This 21-year old Kiwi is a part time cyclist, part time heavy machinery operator. Light and powerful, Ryan currently rides with the U23 New Zealand National Team. He played soccer for local clubs until age 14, when he made the switch to cycling. Academy high point: “Helping Qhubeka to donate a bike to those in need, whatever my outcome was.” 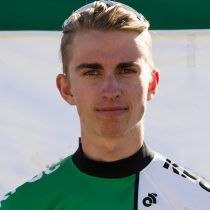 Born a Kiwi but now living in Oz, cycling is in Sam’s blood. His grandfather was destined for the Olympics, but was sidelined with injury. Regardless, for his 80th birthday, he led the entire family and 12-year-old Sam on an 80km ride, and that was that for his grandson. Sam can endure long climbs, and prides himself on his ability to adjust amidst race chaos. On the Academy: “I for one have never sweat so much in my life!” 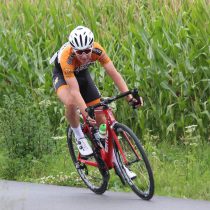 Our youngest competitor, Byron played almost every sport imaginable as a kid, and came into cycling only last year. He nails time trials, and wants to improve his explosive power for the bunch sprint. During the Academy, he saw progress in cadence and pedal smoothness. “Instead of having a large proportion of my focus on the road and traffic when normally doing intervals, I could shift focus to my pedaling technique.” 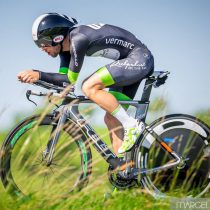 This 21-year-old hails from Hagen and grew up playing football and tennis. He’s a consistent racer across the board and steady bike handler. He’s eager to dive into structured workouts and training with a team and determined to take his talents to the next level. He credits the Academy with retooling his body to operate at his FTP for nearly a full hour. Before that, it was just a theory. 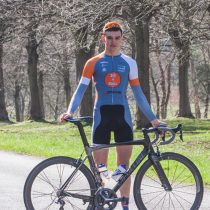 A lifelong athlete who joined every sports club possible, Oliver has been a competitor since his early teens, and raced all over the European continent. He currently works at Wattbike and intent on making room for the world stage. He delivered strong Academy numbers across the board, and remains a powerful threat on long flats. Academy high point: “Group rides with 300+ other riders!” 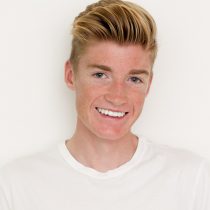 At 21, this cyclist first saw battle on the seas, sailing against Olympic caliber pros for most of his teens. He hopped on the bike to boost leg strength, never came off, and has been a Cat 1 racer for one year. Jake is frequently tapped to ride in front to bring back breaks or keep tempo up to prevent attacks. 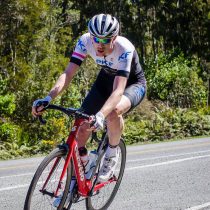 Ollie speaks four languages, studies Mechanical Engineering, and loves to ride. An ex-pro inline speed skater, he holds national age group titles in triathlon. Ollie’s endured tough weather, punishing climbs, and once went straight from a physics final to a competition with three hours to spare. He prides himself on pushing his body to extremes and is relentless when reaching for the podium. 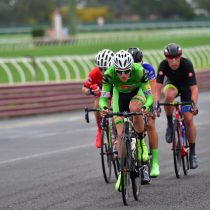 An exceptional sprinter from down under, Nick is currently studying Medical Imaging at Melbourne. He stood on the podium at the Australian National Road Series race, and won the equivalent in Zwift as well. He’s excited to prove himself in the Semis, having boosted his FTP during Zwift Academy. 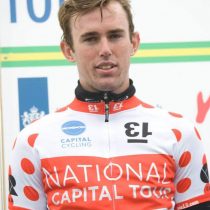 This 21-year-old from works as a part time cycling coach at Athlete Lab Sydney. He’s a fan of races with punchy, short climbs that come down to sprint finishes. The Academy gave him the chance to make strides in his ability to hit and repeat intervals of longer duration. “To be able to nail those longer efforts was quite satisfying for me.” He took a big picture view when it came to planning his schedule, making room for school and recovery rides. 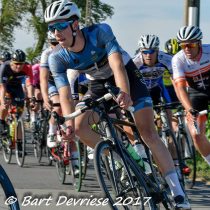 This 19 year old cyclist Greg won the ITT Road Junior Men’s Champs in ‘15 and ‘16. He’s excited, motivated and determined to prove himself in the next round and carry on even further. The Academy helped him improve his sprint work. Academy high point: “The realistic feel of the racing.”