Zwifter Spotlight: A Triathlete in the Heat of the Middle East

For a long time, Neil Melville was swim-goggles deep in the West London triathlon scene. Lots of races. Some socializing. And a finish better than a podium.

“I met my wife at a race,” explains Neil Melville. “On our second date, she suggested doing an IRONMAN.”

In love with each other and with the trifecta of swimming, riding, and running, the couple had a good, errr, run for four years — training for long distances tris.

Fit and fast, the two slowed down when their first child arrived seven years ago.

“Having two keen sports people in the house with young children really didn’t work for us. One would resent the other for spending time training, and as a result both of us stopped doing it seriously. I gained a lot of weight and found it hard to be motivated,” said Melville, explaining his 26 pound (12kg) weight gain.

The next big change? Melville’s wife, a pediatric occupational therapist, accepted a job offer in the capital of Qatar, Doha.

“Coming to Qatar life got easier as it’s a smaller city than London so there is more time in the day and we can afford all the childcare we need. It is no longer a problem for both of us to train and race,” said Melville.

That’s the good news. But there’s some bad, too — it’s so hot for much of the year that riding outside is dangerous.

And that’s just the tip of the melting iceberg.

“Doha isn’t cycling friendly. The roads are big and fast, and drivers aren’t expecting or looking for bikes, so pack riding is the safest way to go, but that isn’t always possible,” said Melville. 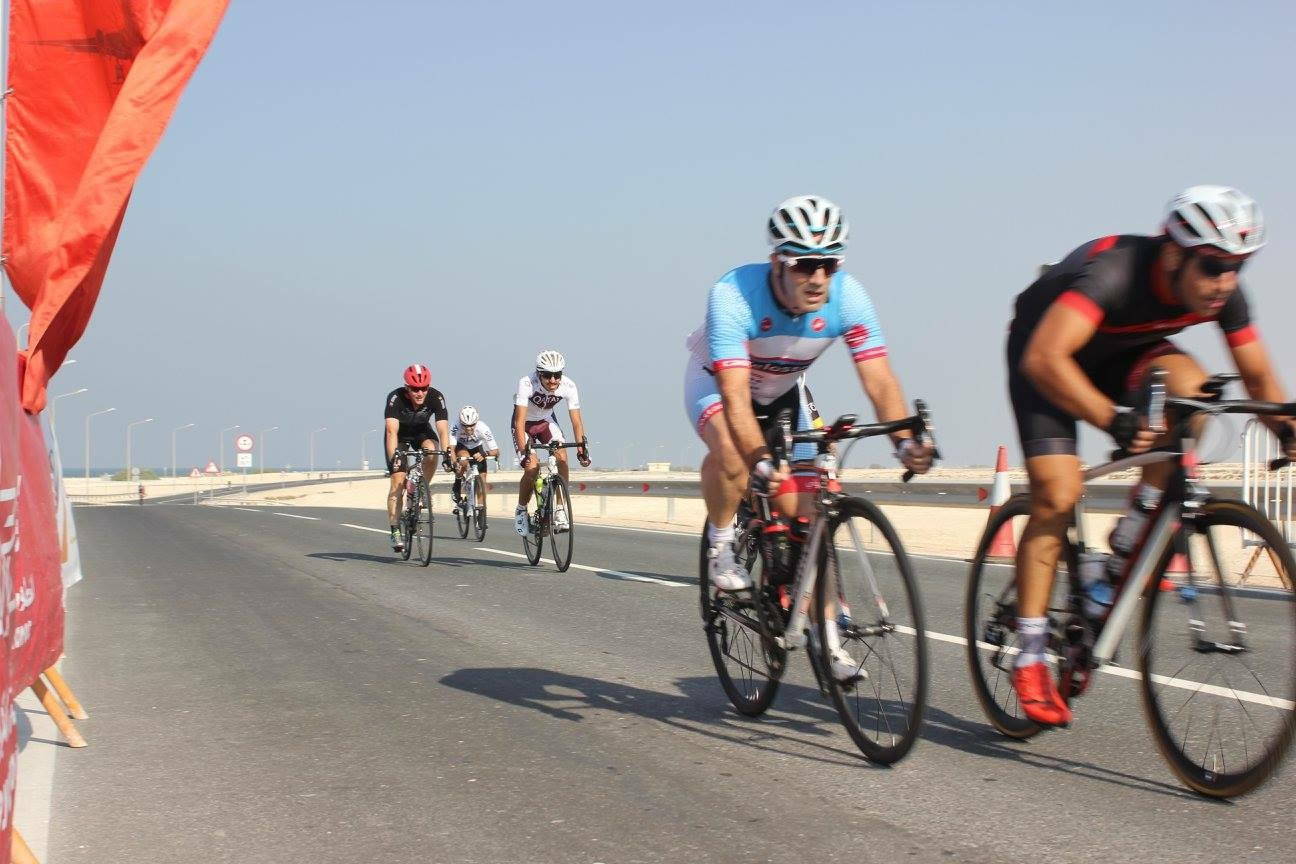 So Melville trains a lot inside. 50% of his cycling sessions and 90% of his runs are on Zwift. He especially loves Zwift for running because treadmill miles are easier on his long-term Achilles injury. He also digs how immersive Zwifting is.

“We have a good setup with a big screen and a Kickr, and I find myself leaning into corners and powering over the tops of rises like I would in real life. From a running point of view what surprised me most was that the virtual world was richer and therefore more engaging to me than the “real world” videos that I was using,” said Melville.

The fact that Zwift feels like real cycling provides a kick-in-the-lycra for Melville.

“There are occasions where I just don’t feel like training, and I’ll look up to see what events are on, and I’ll tell myself that I’ll go and do the first couple of laps of some event then call it a day. Then I end up doing the whole event. It gets me on the bike when I don’t feel like it, but I confess that there are other times when there might be an option to ride outside IRL with people, and I’ll actually prefer to get on Zwift instead,” said Melville.

But Melville’s favorite aspect of Zwifting is two-fold: competing as well as virtual climbs.

“I live in a flat country, and those ZHR races over the mountain fill a gap in my life!” said Melville.