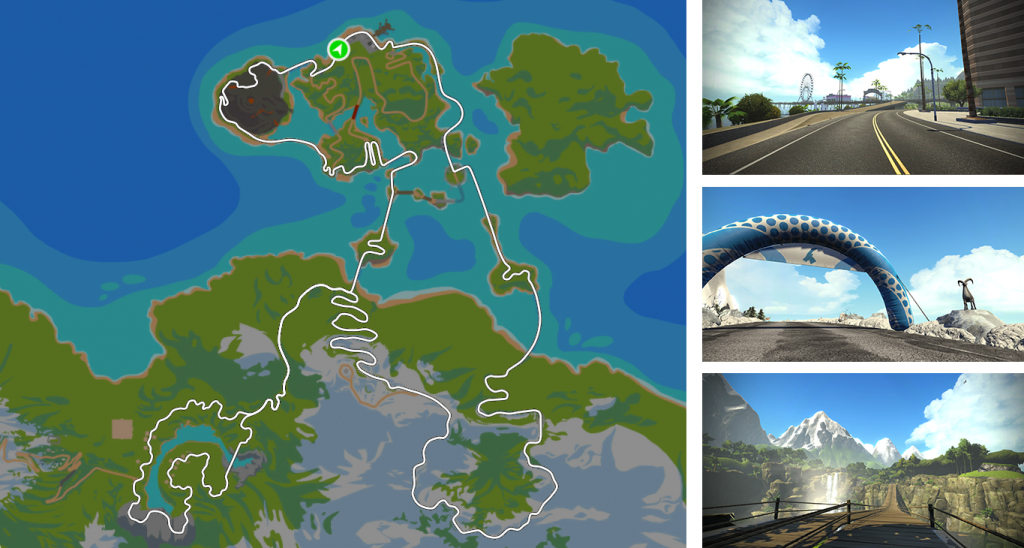 The Big Loop covers 3 regions of Watopia that are drastically different in topography as well as environment. The biodiversity includes the alpine and awe-inspiring Epic KOM mountain (the second expansion of Watopia that offered climbing opportunities to the previously mostly flat Watopia,) Mayan Jungle that’s full of rough roads as well as amazing animals, and the always active volcano.

The Epic KOM mountain is the type of place where only mountain goats feel at home. The elevation change kept our climbing legs satisfied — even if our lungs were screaming — and fit within the real island terrain to work well with Strava. And the elevation and distance are balanced, providing a good challenge for all.

Massive bridges connected these disparate worlds. And we called on Zwift designer Takashi Morishima to create these creations that united landmasses.  Morishima built so many that he’s still known as “the bridge-guy.”

Morishima’s skills don’t stop with bridges. Go farther up the ascent, and you’ll pass through a castle created as a landmark for the climb as it hits true mountain terrain. The castle was modeled on the real-life Neuschwanstein Castle, in Germany, on a rough 1:1 scale. 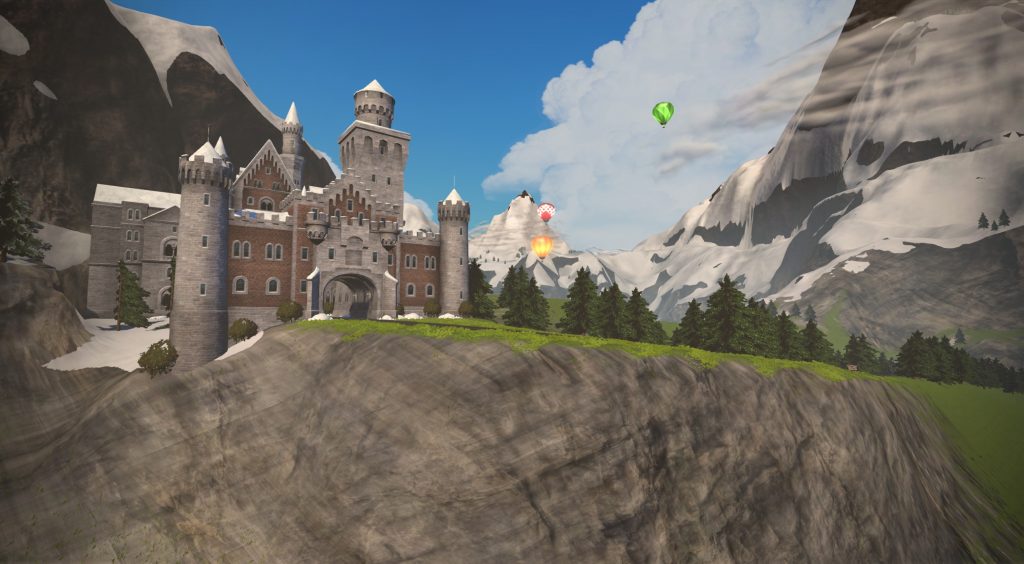 But the castle isn’t Morishima’s favorite part of the Epic KOM. He loves the Mountain Goat that greets you at the KOM climb banner, acting as a visual reward for all who struggled just to bag the peak and to those who crushed the climb. 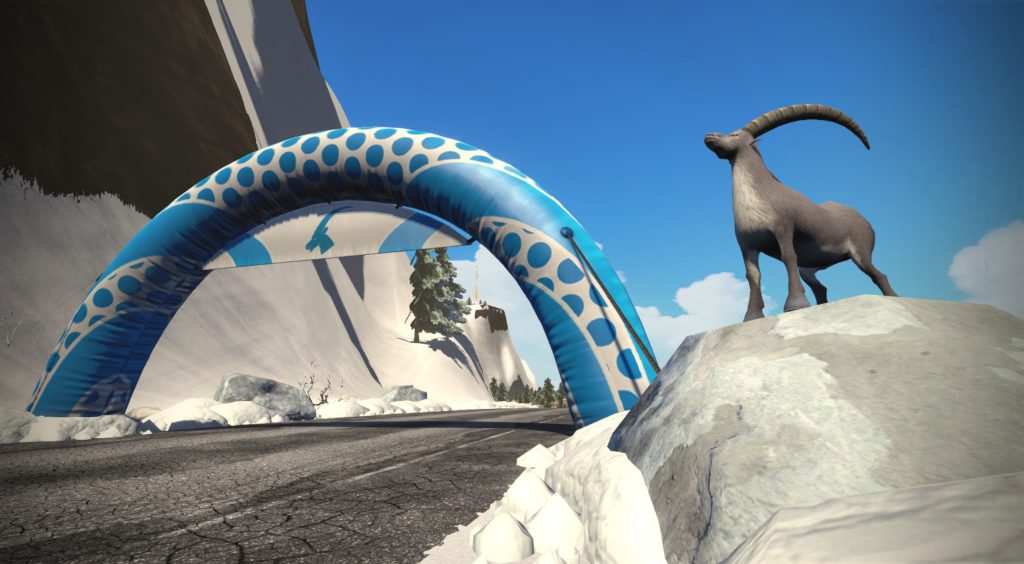 All in, the Goat took about 7 days to bring to fruition. To build it, Morishima created tiny triangles on top of one another — these are what 3D artists call polygons. The Mountain Goat required 3,040 of them. A polygon mesh furnishes the main shape of the goat. To make this shape move, a bone structure inside this mesh provided pivot points. All in, the animated goat requires a total of 1,200 frames, displayed at 30 frames per second.

And you thought it was just a silly goat?

After you descend the Epic KOM and take a lap around the Jungle loop, you’ll be close to finishing. First, you need to cross another Morishima created bridge. A nod to our California heritage, you may recognize this bridge because it’s modeled after the famous Bixby Bridge in Big Sur popularized by countless photos including iconic cycling shots from the Amgen Tour of California and even a Death Cab for Cutie song.

The size of this bridge — 360ft — was the perfect fit for the water mass that we needed to cover in Watopia. This bridge took five days to create even with its three levels of detail (LOD). LOD 0, being the most detailed, has 10,300 polygons. LOD 1 has 7,336. And LOD 2 has 3,945. Get close and you can hone in on the details. So if you’re looking for a great viewpoint to take a breather, this is your spot.

Game-wise, once you start pulling away, we switch to a less detailed version to save memory. Every object in Zwift works the same way. A Zwift avatar, for instance, has 6 levels of detail: the most of any object in Zwift.