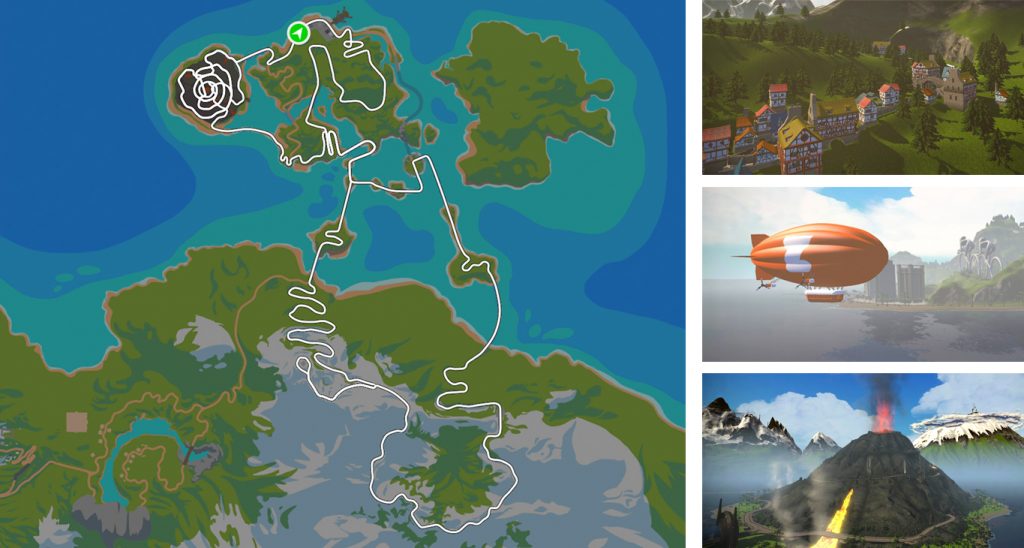 The ride begins in downtown Watopia before heading clockwise out of town and into the island.

Many Zwifters prefer a quick warm-up because the Three Sisters route’s climbing starts almost immediately. First up,  the Hilly KOM segment. It’s a short kicker of a climb, but it’s a challenging 6.9%.

While you’re on the main island, check out the blimp. One of the earliest graphic elements on Zwift flew over to Watopia on day 1. The inspiration? Look out the window from Zwift HQ on any given day and there’s a good chance you’ll see the Goodyear blimp. This famous flyer takes-off from its own airport, just a few miles away. 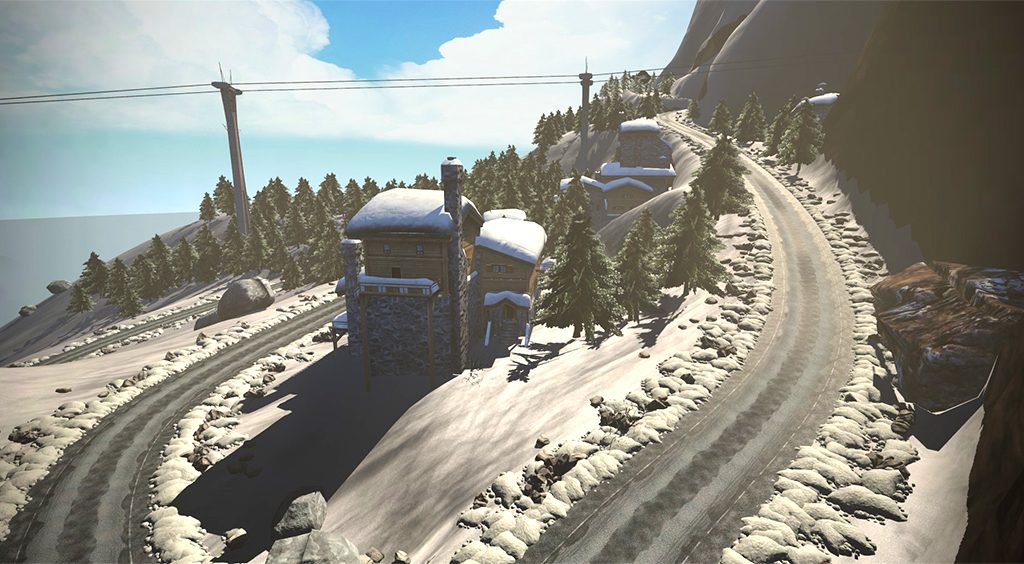 As you explore the Epic KOM, you’ll see a bunch of great alpine digs. “We wanted to make it feel like a ski resort town. So we made those buildings as well as the chairlifts,” explains Tony Yruegas, lead 3D artist.

Beauty is in the eye of the beholder here. Californians will look at the landscape and the body of water and see Lake Tahoe or Mammoth. While Europeans may imagine pedaling through the Alps.

And the cool, alpine vibe is the yin to the hot and steamy volcano yang. “We definitely want to have that high-altitude, mountain feeling: the powder snow and the crisp air.

Like a proper glacier, the snow is in-game year-round. 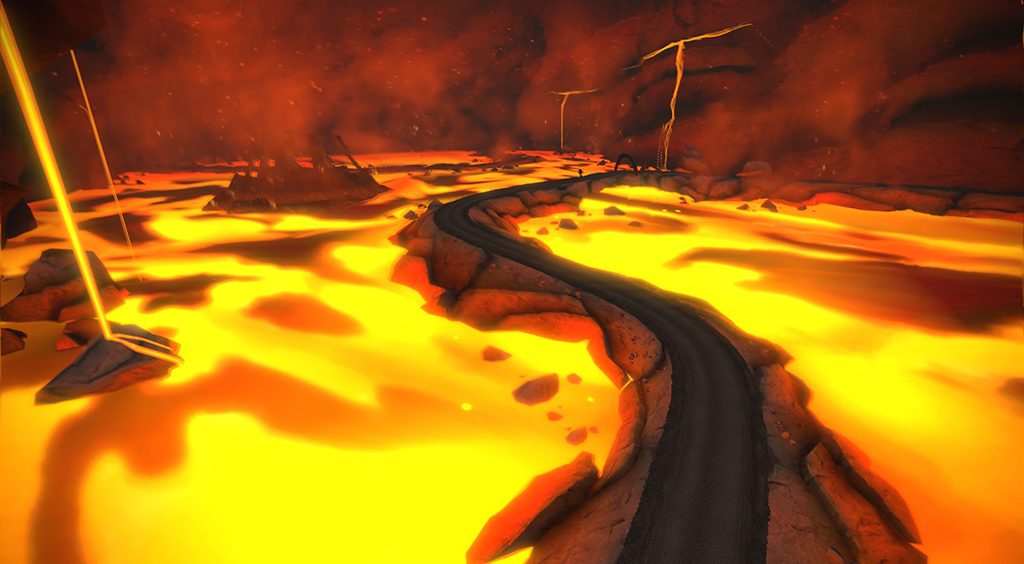 The Volcano Climb will go down in Zwift racing history. Earlier this year, Zwifters from 15 countries raced this route in the inaugural Zwift National Championships becoming our biggest single day of racing ever. The winners won 12-months of bragging rights and the right to wear the National Championship jersey in game.  If you see one of these riders, be sure to give them a Ride On, and try to stick on their wheel!

“We didn’t want to make the Volcano Climb an intense climb. We wanted to keep it easy: a consistent grind,” explains Tony.

The Volcano Climb is also unique because it lets the riders go explore. “We thought it would be cool to go back in so you could see the riders down below on the Volcano Circuit,” says Tony.

To up the ante, the game team also included the rickety bridge that looks like it could fail at any moment.

“I really like the inside part of the volcano. It’s just different from anything we’ve done. It’s not grass. It’s not asphalt. It’s red rock full of distortion. I feel like everything works really well in that area.”

With all that climbing and plenty of pretty sights, the Three Sisters crack the whip with a smile. Are you up for the challenge?