It's been about a year since Zwift became a thing, legally speaking, but as has been pointed out in Eric Min's interview, Zwift didn't just pop into existence. Zwift has been in the works for years, both in the co-founders' heads and within my computer. I'll share my part of the story with plenty of pics. 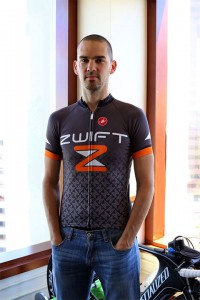 I'm Jon, a programmer, family man, and cyclist. I mention those attributes because they created the perfect storm to lead me to where I am today - a founder of Zwift. 2010 was a big year for me. I had my first kid and bought my first bicycle (in 20 years). Being a dad was great of course, but it turns out that I also loved riding bikes and I quickly became addicted. The science and data from the sport was almost equally as appealing as the ride itself. As I got faster, Strava wedged itself in there somewhere and let me dip my toe into the competitive aspects of cycling. I was hooked.

I wanted to keep feeding the cycling addiction more and more, but the realities of being a responsible adult were getting in the way of my riding. As with many of us, I took some of my riding indoors, and that is when I learned two things. First, riding indoors is awfully boring. Second, there were very few options out there to help make it better and most of them required expensive and often proprietary hardware, not to mention none of them were actually very good.

Having made video games for a dozen years I figured I might as well try and make something better myself. During my Christmas vacation time off of 2010 I started writing the first lines of code in my spare bedroom. For the next few years I'd get a spare couple of hours here or there to work on my software, creating both the code and art myself. 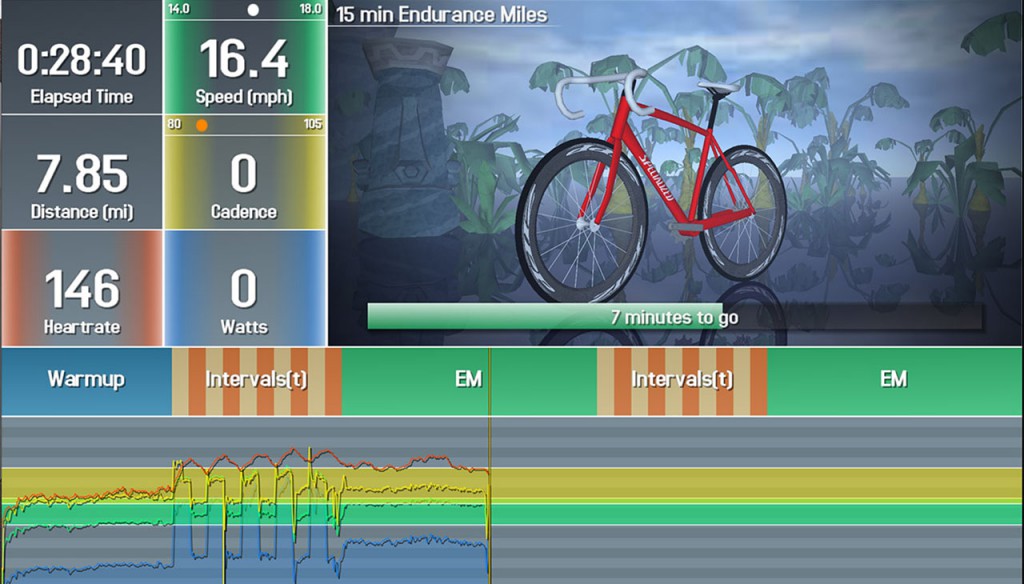 As time went on, I was also getting deeper and deeper into cycling, eventually working up to a couple of double centuries and the odd MTB or cyclocross race. For a few years, I was the sole user of my software (very creatively called VRBike Coach), and I used it extensively to train solo using 'virtual power' with homemade training plans. Eventually, I splurged on a power meter and quickly added support for those, too.

Just for kicks, every once in a while I'd post about my software on various Internet forums with differing levels of positive reception. I wanted somebody with the means to make something awesome to do it, but by 2013 there was still nothing too exciting out , so I started considering Kickstarter to self-fund. In the nick of time, late in 2013, Eric Min with similar ambitions saw my forum post and came knocking. Hands were shook, partnerships formed, and at the end of January 2014, I quit my job. The future of indoor cycling was underway.

What follows is a brief pictorial history of the hobby project that would eventually become the starting point for Zwift. 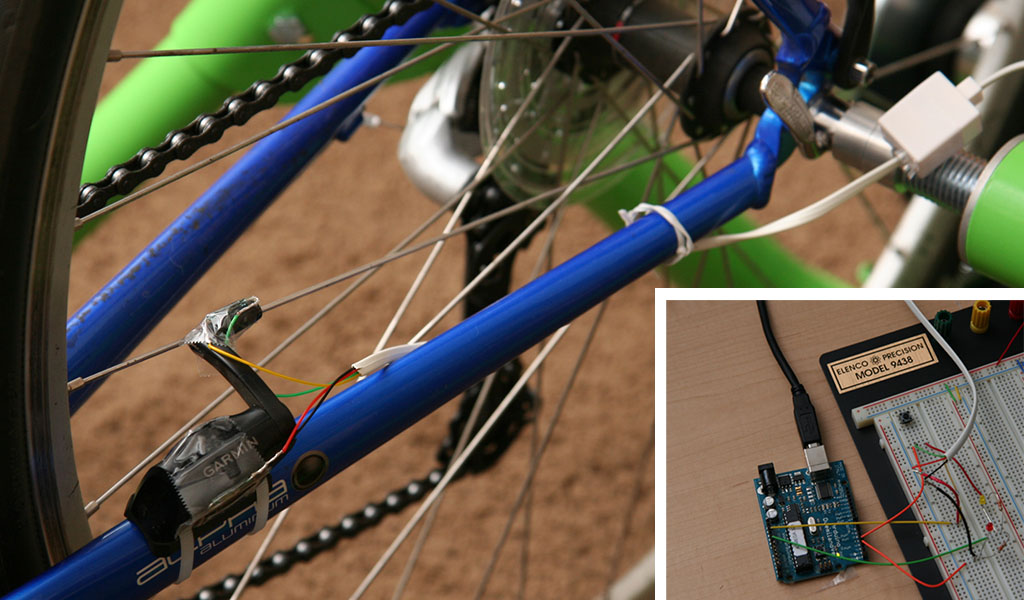 Mid December 2010 - Using a micro controller and some electronics bits, I built hardware to send speed and cadence data to a PC. The Garmin sensor is there as something to attach my sensors onto - in 2010 ANT+ wasn't open to hobbyists.

December 26, 2010 - The very first ridable version of my software, complete with virtual power calculations. I could now train like the pros. 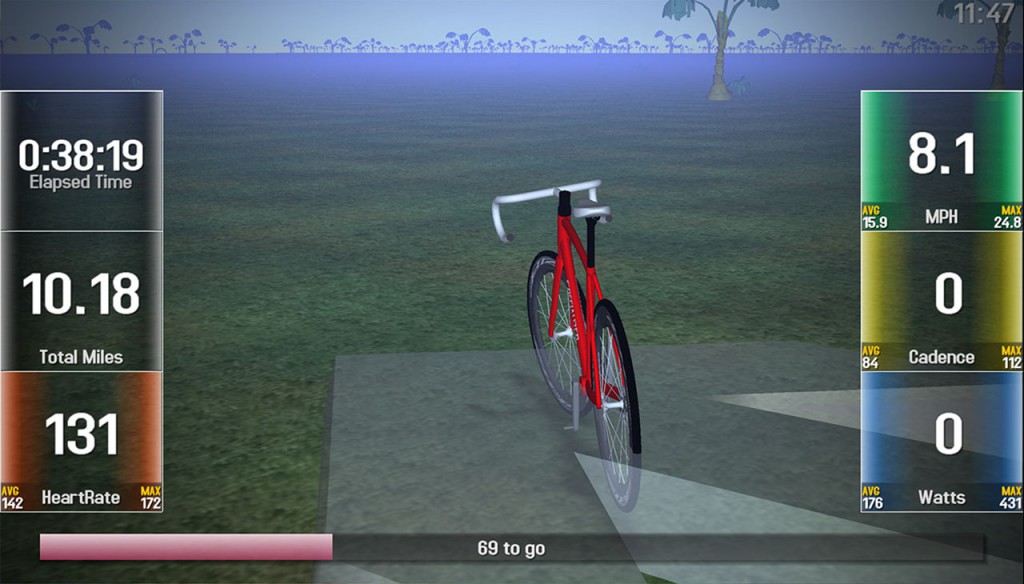 January 2011 - I built a custom USB joystick that would allow for steering and you could roam a world trying to collect coins before the time ran out. 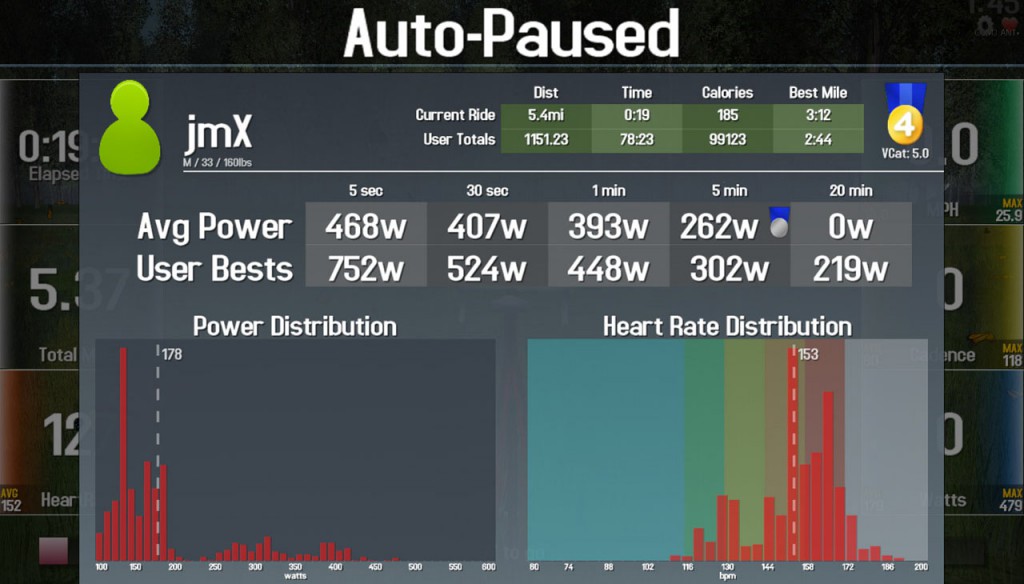 Spring 2011 - the first version of the pause screen - not too different from today.  By this time I'd figured out how to read heart rate data using ANT+ although it was still a mostly closed standard to small developers. 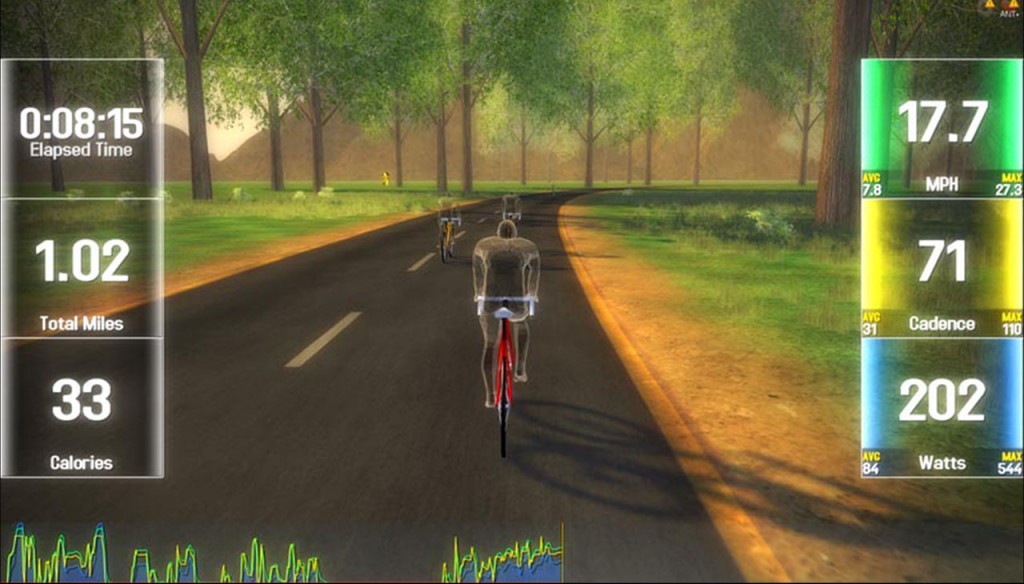 Spring 2012 - Better graphics and AI riders to ride against.  Off in the distance, you can see a golden coin hovering out in the forest just waiting to be collected.   I also added Mac support. The art is what you might call "programmer art". 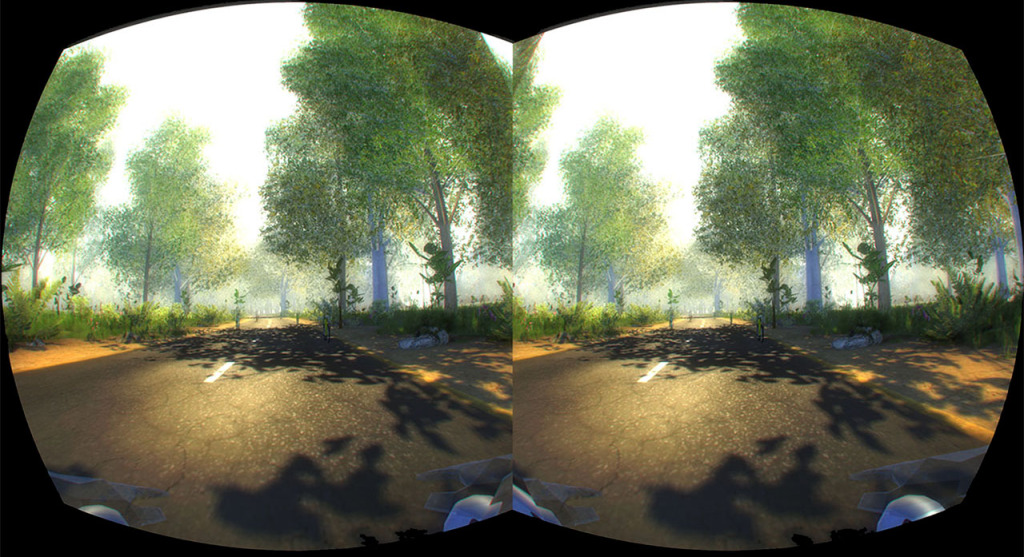 Summer 2013 - As a geek, it was my duty to add Oculus VR support to the software.  Pedaling a bike going nowhere with a VR headset on certainly makes you look silly, but fortunately as a cyclist I was used to that. 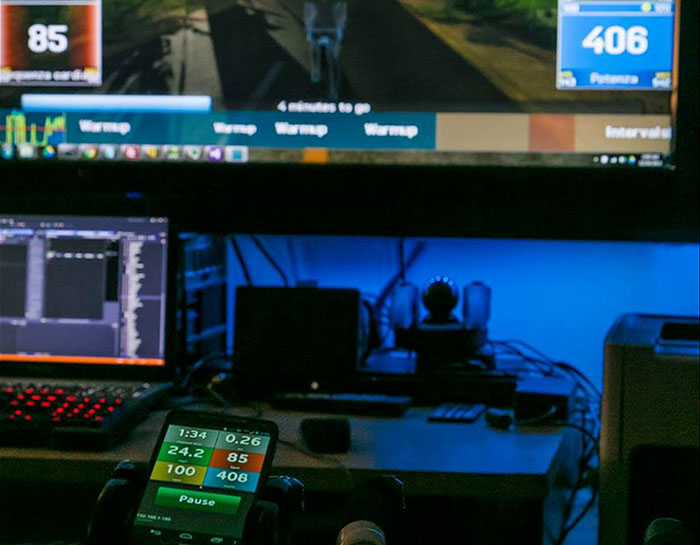 Winter 2013 - As a weekend project, I made an Android app that connected to the software over wifi, acting both as a handlebar bike computer and input mechanism. 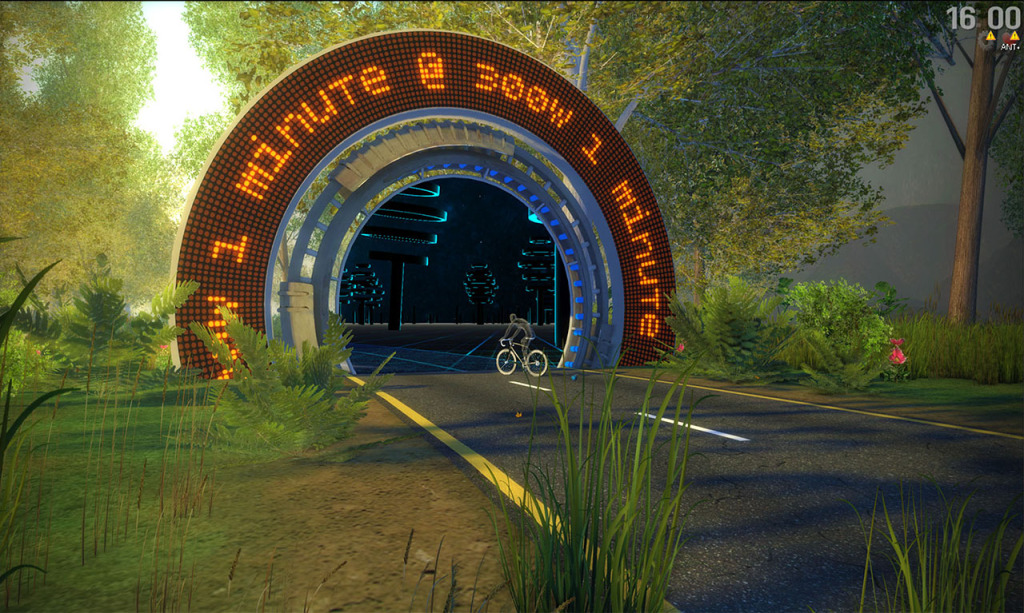 January 2014 - The final screenshot taken of the hobby project before co-founding Zwift.  The workout mode was evolving to have these "pain portals" to start each interval, and as the end of the interval approached you had a portal back to the 'real world'.

It's been a wild ride for me.  The project is no longer mine, but ours. We rented offices.  People have been hired. The "programmer art" is long gone. We even have official company jerseys and an official company water cooler to stand around while we talk about official company things. With people riding thousands of miles a day now on Zwift, it is all starting to sink in. It's really happening.

New Year's Resolutions and Motivation over 7 years ago