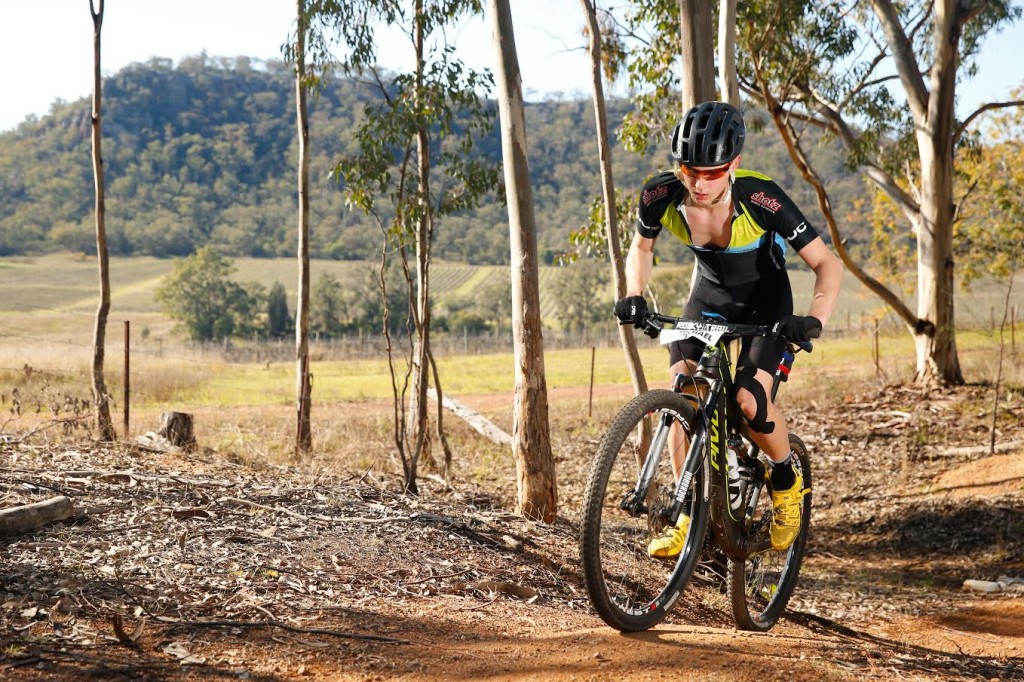 When Michael Schmitt was assigned the Pedal 4 Pierce charity at the Australian National University Fenner Hall leadership retreat, he knew he wanted to do something big.

Pedal 4 Pierce was started in 2009 as the brainchild of 10-year-old Chris Jeffreys to help people living with muscular dystrophy. Since then Chris, his father Nigel, and the Pedal 4 Pierce team have been competing in endurance events on the mountain bike to raise funds for their cause.

Michael, who's been a part of Pedal 4 Pierce for the past year, wanted something that would attract the community. And that’s where the idea of a 12-hour trainer ride came to mind. It was something relatively crazy, had a stationary element so people could drop by and chat, and allowed others to get involved by having a community relay team ride on trainers with them.

He presented his idea to fellow Fenner Hall member Tristan Dimmock, whose initial response was “good luck with that.” Then the male bravado element kicked in, and he came back with a resounding, “I’m in.”

Michael recapped the event for us and had a lot to say!

“Needless to say, it was all a pretty crazy thing to run with just the two of us alongside our usual schedules, but the success made it all the more worth it,” said Michael. “Staying on the bike for 12 hours was actually remarkably okay for me.”

“The vibration through the trainer gave my knees a little bit of grief (especially as I had been nursing some overuse injuries on the left side), but the rest was okay. Thanks to a load of that 'Aussie Butt Cream' (yes, it's actually called that, surprisingly) and some sneaky prototype bibs from Spin, what we might have anticipated as the biggest trouble area was more than fine for the entire duration.” 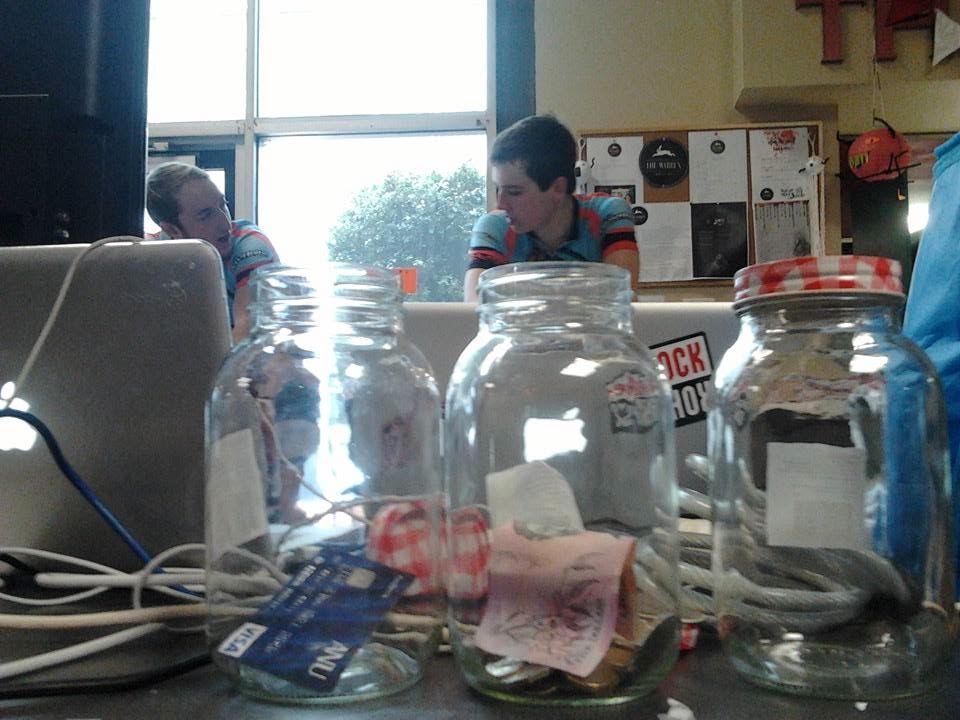 “Struggles did eventuate in a couple of forms. Even before the beginning of the event, we only got all the equipment together two hours before the official start, as we had been looking for a second ANT+ dongle to pair our borrowed Wahoo KICKRs from the local cycling community,” said Michael.

“However once we got started, the first was my left knee, which would periodically play up and cause me some pain. With a little rock tape, it held up; and each time the pain would go away after about an hour or so.”

“More significant for me, though, was that my stomach didn't hold up too well. After going a little hard on the nutrition early on and pushing some wattages I wouldn't usually dare to hold for that kind of duration, my stomach was protesting from about the five-hour mark,” Michael said. “This got pretty bad around the eight-hour mark, and I found myself relying just entirely on caffeine gels and some iced coffee (surprisingly, that goes down very easily) for the last three hours of the event.”

“Finally, my rear shift cable snapped with just over an hour and a half to go, which left me stuck in the 11 on the back with my compact chainrings as the only two gears. That 11% pinch on the KOM point hurt just that little bit more, but having done already over 10 hours, it would have been wrong not to finish off the job,” said Michael.

“That being said, throughout all these things, it was always alternating in that either Tristan or myself would be having a low moment, which meant we were able to bring each other back up. Having a relay team of other hall residents riding fluid trainers alongside us also helped with morale, and there were people around our cafe area all day pumping some tunes into us and helping to fend off those really dark periods.” 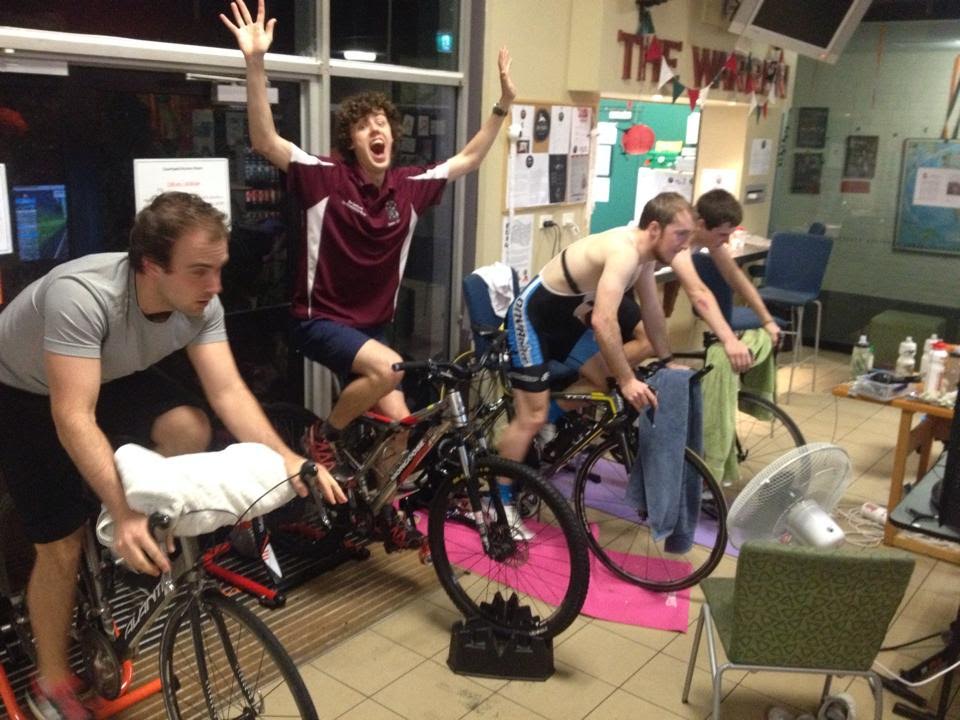 “The Zwift community seemed to really get behind this whole thing, which came as a complete surprise to both Tristan and I,” said Michael. “We noticed a couple of people riding alongside us, and I was being followed by Eric Min for quite some time.

We actually had no clue how this whole thing worked and thought that getting sent a "Ride On" was just an automatic computer thing as they were trickling in all day. I also had no idea who Eric Min was until later that night when I was added to the Zwift Riders page and a Facebook friend request popped up.”

“Perhaps the highlight of this confusion for us was getting a message saying 'congratulations on your charity efforts' pop up on the screen. Given we hadn't told anyone what we were doing, we just assumed that they saw the distance and concluded nobody in their right mind would ride a stationary bike for that long without some form of charity cause. So from our perspective it was really all a mystery that was solved only when we had finished up and logged into Facebook. We had no idea it would get this big, and it really meant the world to realize how much hype had gone on around it and how supportive the community was.”

“Anybody else out there keen for 12 hours on a stationary bike?” 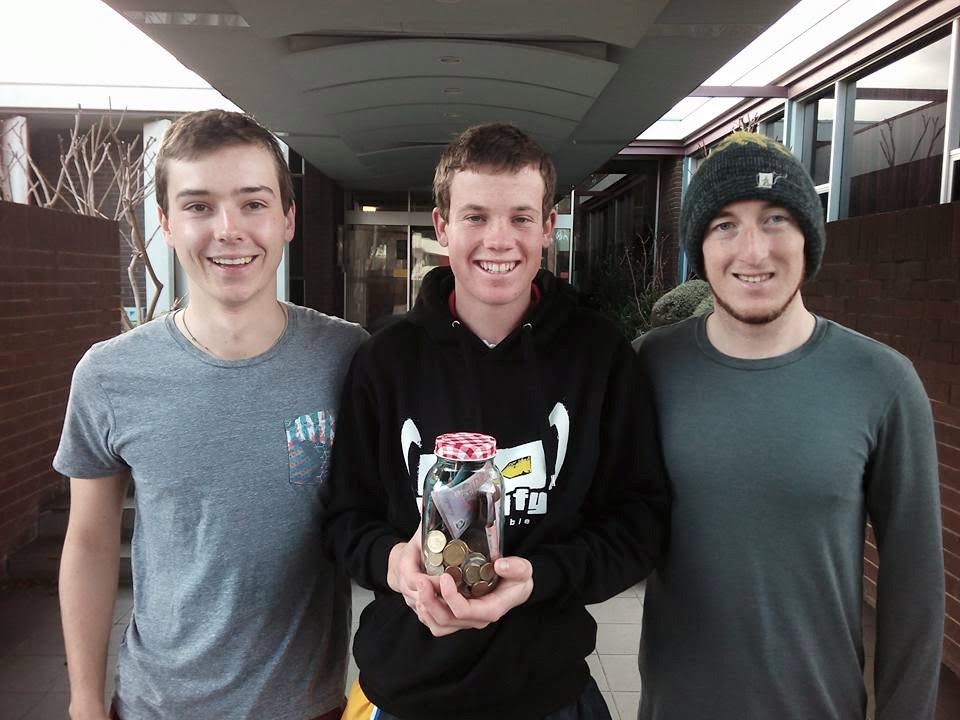 So far, Michael and Tristan raised over $2000 AUD from their efforts, with $300 from on the day cash donations and 1900+ from their "everyday hero" page. You can also donate to Pedal 4 Pierce directly through their website.

Watts? Power? Cadence? A Guide for New Cyclists over 7 years ago