Our 2015 UCI Worlds course is a replica of Richmond, Virginia's world championship course where Peter Sagan famously won his first rainbow jersey. His win began with a blistering attack up 23rd Street in the final lap, but the real feat was his holding the speed and power needed to stay away for the finish.

You may attempt a similar attack in a Zwift race, but be warned: while many try, few succeed. It's a long way to the finish!

What follows is a detailed look at key sections of this route from a racer's perspective. Top A racer Greg Leo, the original "indoor specialist", has generously shared some pointers for achieving top results when racing the 2015 UCI Worlds route.

Regardless of your race route, remember these top tips for Zwift racing (most apply outside as well!)

One reason riders enjoy this race course is because it breaks down nicely into unique sections. The first 8km are nearly pan-flat, and the next 4km are a downhill into some easy rollers. The final 4km are where the attacks and breaks will come as riders hit three different climbs.

Greg summarizes the course quite nicely: Richmond UCI. It’s flat, then it isn’t. 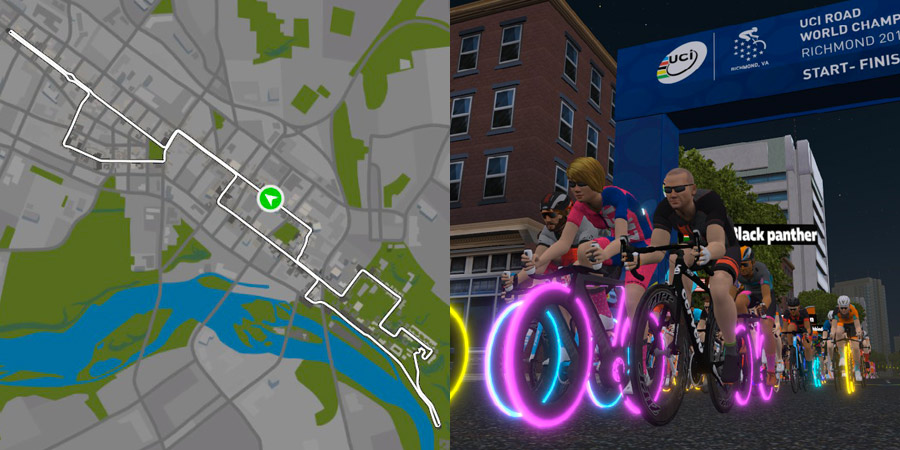 Be warmed up and ready for a hard effort at the beginning. Since the first 3/4 of each lap is flat or downhill, strong riders may push the pace early to create splits or soften up sprinters before the hilly back section.

Two sprint points carve up the flat portion of this course into nearly even thirds and make things a little more interesting. 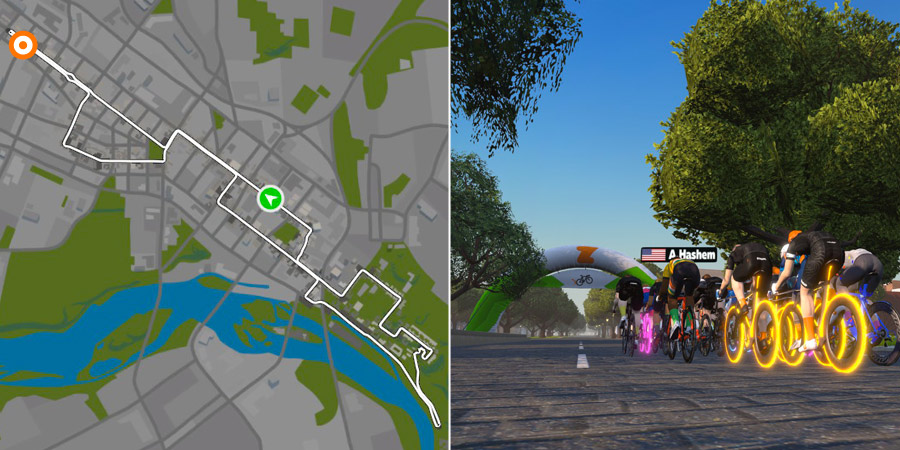 Greg says, "The first sprint comes after the hairpin on Monument Avenue. The hairpin just before the banner makes this sprint tactically interesting. Expect lead-outs to begin even before the turn. Riders who are out of position at this point will have no shot at the points." 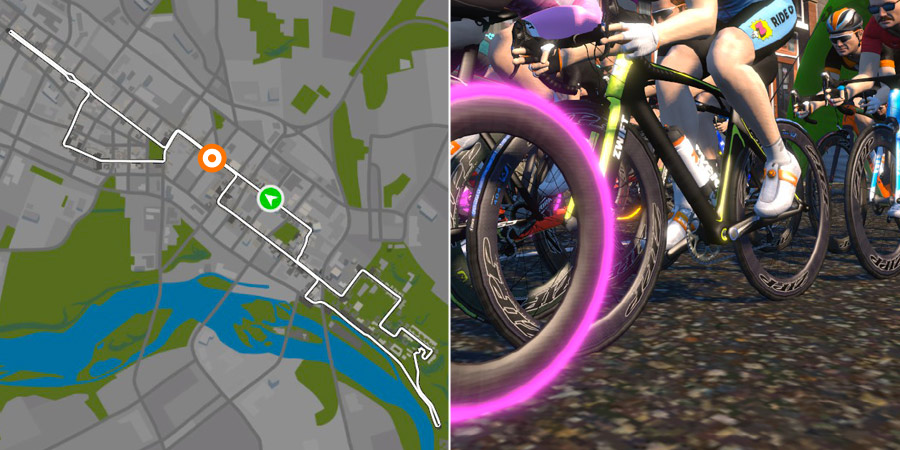 The second sprint comes just 4km later on E. Broad St. "With a long flat run-in and the banner visible a long way out, timing is everything here," Greg explains. "This sprint comes just before two turns onto Main Street and a short but welcome descent. It is a descent that invites a super-tuck and offers the final rest before the climbs." 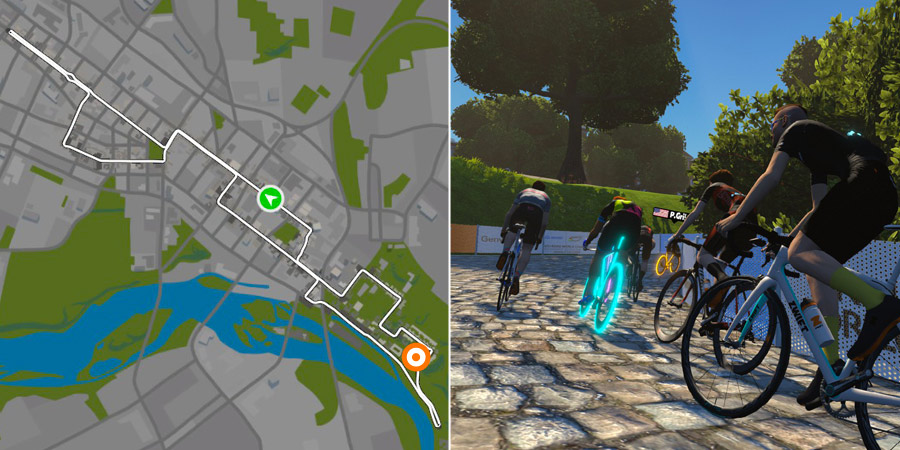 Libby Hill is where the eventual winner first shows their cards with a strong attack. Expect a front group to get away here and never be caught. Can you make that front group?

Greg says, "Libby Hill climb is the gem of Richmond. The top riders will wind up Libby in around one minute--the worst minute on Zwift. The gas usually stays on over the top, and it is not uncommon for riders who make the top with the front group to find themselves dropped when the road pitches down. You don’t want to be chasing here..." 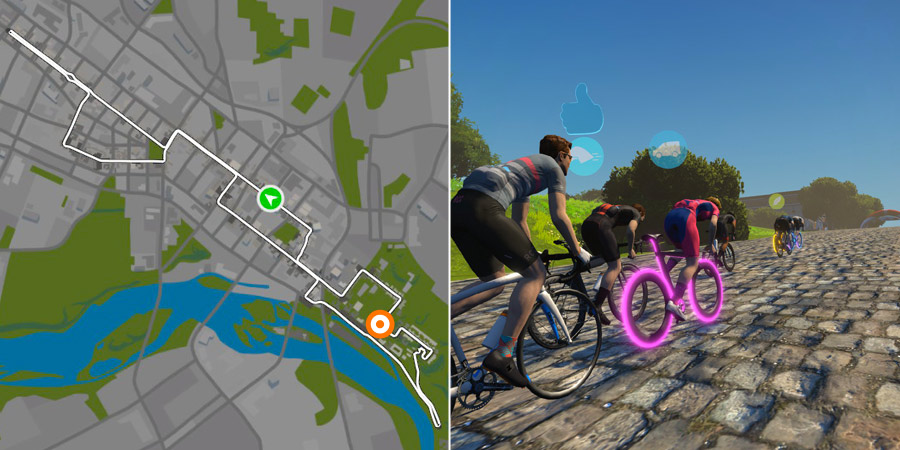 Greg says, "23rd Street climb, the worst 20 seconds on Zwift, comes just after the short Libby descent. It is an all-out sprint to the banner. Holding momentum into the bottom of this climb is a must."

Looking to emulate Sagan's winning attack? Greg explains what it takes: "This is where Sagan started his winning move in the 2015 world championship, but that move really solidified when he kept the gas on over the top and into the descent. Like with Libby, gaps can form on the transition and descent--it’s important not to let up at the top." 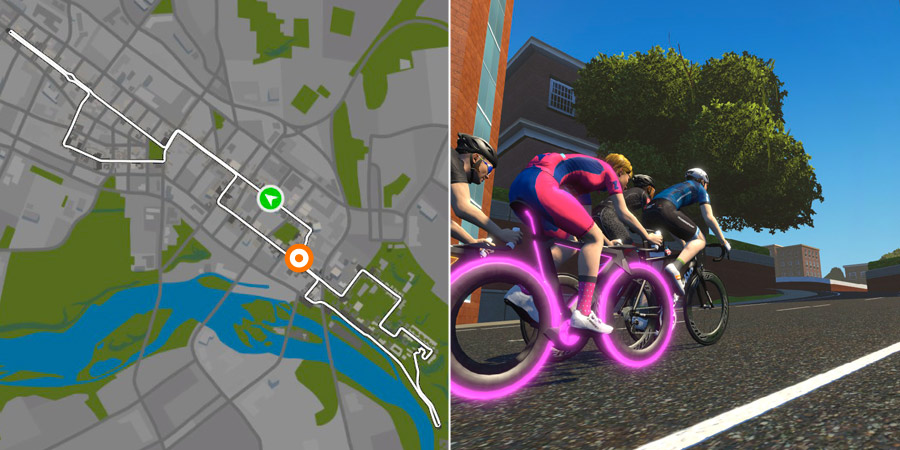 This final climb, though not timed as a KOM section, is crucial as fatigued sprinters try to hang with the bunch and climbers go from far out.

Greg explains, "The final climb on Governor Street would be unremarkable if not preceded by Libby and 23rd. The climb is steep enough to make a play for climbers to attack and stay away before the sprint, but is shallow enough to be draftable. Will there be a small bunch sprint? Sometimes." 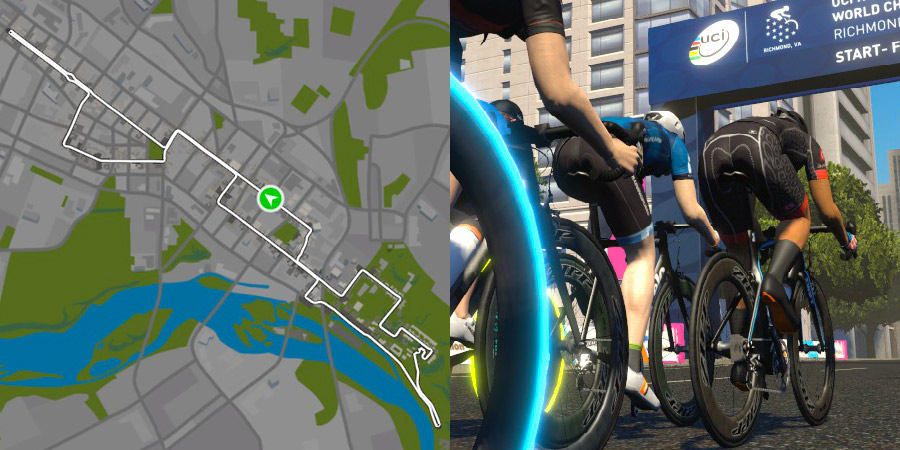 If you made it this far with the front group, congratulations! Just one more task awaits, and it won't be easy.

Greg warns, "The false flat atop the Governor Street climb is deceptively long. Especially with tired legs, the sprint on this course offers a great opportunity to watch riders blow up spectacularly."

With the finish arch visible as soon as you turn left off the Governor Street climb, the mind will want to sprint early but the legs will scream for recovery. If you're in a bunch, listen to your legs. Surf the wheels, use power-ups wisely, then go all-in for the final sprint when you sense the timing is right.

We hope you've enjoyed this Race Recon, get a reminder and watch live here. The goal of this series is to explain the features that make each Zwift route uniquely challenging for racers. Previously we looked at Watopia Figure 8. Be sure to read that post for more tips!

Zwift How-To: Join an Event and Read the Calendar over 2 years ago