Professional cyclist Lawson Craddock loves to ride everywhere, including Zwift—where he has rehabilitated himself from injury, happily pedaled alongside his dad, and led rides. Then again, push Craddock on his favorite riding of all and he’ll tell you that the upcoming (May 11-20, 2017) AMGEN Tour of California itself is singular.

“At the start line there’s pumped-up music, thousands of fans, and people crowded all around our bus. Our team is on its home turf,” says the Texas native, who lives part of the year in northern Spain and has raced some of cycling’s most prestigious one-day and multi-stage events, including the Tour de France. “I just look around and think, America knows how to put on a sporting event.”

Craddock, who has raced five previous Tours of California, knows how to show his appreciation for the locals. In 2013, he won the race’s Youth (under-23) Classification, and finished top-ten both in the stage up northern California’s Mount Diablo and the General (overall) Classification. In 2016, he finished top ten in two stages (including the individual time trial). Craddock and his teammate, Andrew Talansky, both finished top-five overall. 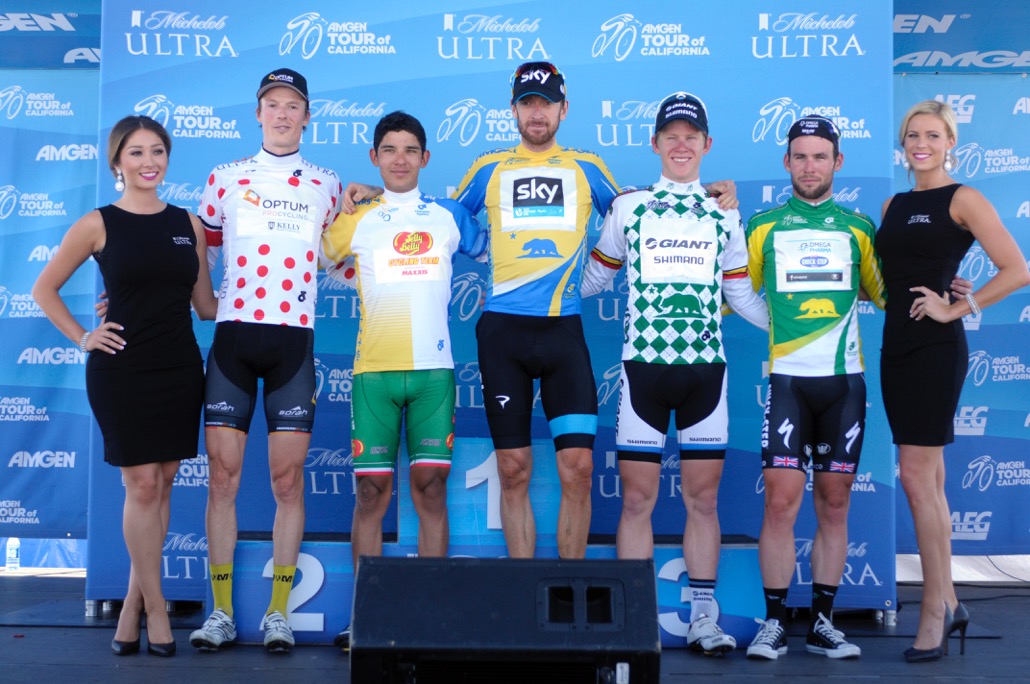 “Last year was special, but it could’ve been better,” he says. “I played my cards wrong on the mountain stage.”

Craddock is practiced at using Zwift to rebound. In January 2015, a crash during Australia’s Tour Down Under left him with a fractured sternum, rib, and wrist. He also separated a shoulder. After doctors told Craddock that he’d be off the roads for six weeks, he challenged himself to come back without a significant loss in fitness. He turned to Zwift, often for hours a day. Craddock re-entered the pro peloton generating more power than he’d ever produced.

“It used to be that inspiration was hard to come by on an indoor trainer,” he wrote in the 2015 Strava Stories article, "How Zwift Saved My Cycling Season." “Zwift changed my entire mindset.”

Craddock now hops onto Zwift when he needs some quality training but doesn’t have time to navigate through traffic before reaching quiet roads. Sometimes he Zwifts just for a change in terrain.

“You can get bored with your favorite ride outside,” he says. “Zwift’s variety amazes me.”

Craddock also uses Zwift to keep up with family—namely his dad, Tom Craddock, who’s a Zwift regular. Father (who lives in Houston) and son (often half a world away) Zwift together as often as possible.

“My dad gets home too late from work to ride outside, so sometimes we’ll get on together for an hour,” says Craddock. “It’s pretty cool.”

But no matter how much they ride together, Dad wouldn’t be able to pedal much with Craddock in the upcoming AMGEN Tour. The pro rider hopes that few competitors will match him, stroke for pedal stroke. Craddock believes that the contest up Mount Baldy (stage 5) and the Big Bear Lake individual time trial (stage 6) will be crucial for any rider set on winning the race.

“This time I hope to end the Tour in the leader’s jersey,” he says. “I’m definitely going to take a good crack at it.”

Leah's Learning Curve: First Impressions of a Neo-Pro over 5 years ago