Pro for a Day

Jenny must have felt pretty special. She had a big smile on her face as she walked out to the parking lot, through the pro team cars and trailers. She was wearing her brand new Zwift kit and she was promptly handed a bike, perfectly sized to her, immaculately clean, and outfitted with the latest SRAM eTap HRD electronic shifting. She was given bottles and nutrition, and her tires were pumped to the perfect pressure.

Jenny was pro for the day, about to go on a ride in Lake Tahoe with UCI WorldTour team, CANYON//SRAM Racing, as they prepped for the Women's Tour of California that would start the next day. When she logged onto Zwift back in April for a Zwift Academy group ride, she could never have imagined that it would lead to this moment. 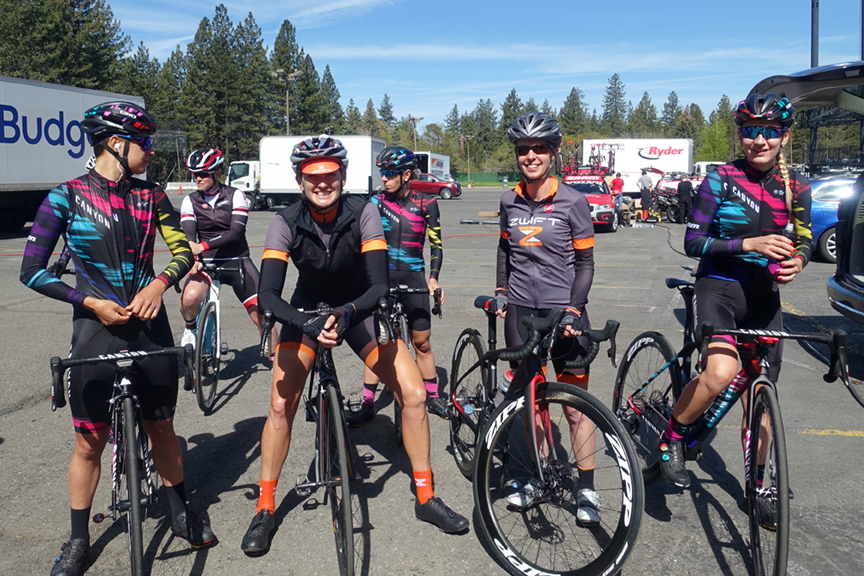 In April, in anticipation of the return of Zwift Academy, we ran a contest where one lucky female rider would win a trip to California's UCI Women's WorldTour event to hang with CANYON//SRAM Racing. Jenny, fairly new to Zwift, but egged on by her sister, participated on a whim and won big - 4 days and 3 nights in Lake Tahoe!

Zwift's own Crystal Haggard and I joined Jenny, her sister Amy and her mom, Mary, at the race to soak up the atmosphere and support this premier women's cycling event. It has been an awe-inspiring 3 days.

The ride with the team was social and spectacular. With clear blue skies and snow-capped mountains as our backdrop, we rolled along Lake Tahoe in perfect formation. SRAM organized and supported the ride, which was attended by representatives from Canyon and Voxwomen. The conversation was easy and spirited. We talked about the race, the weather, the latest technologies and innovations, and mostly about what an exciting moment it is right now for women's cycling. Everyone wanted to know how Leah was doing and what our plans were for the 2017 Zwift Academy. 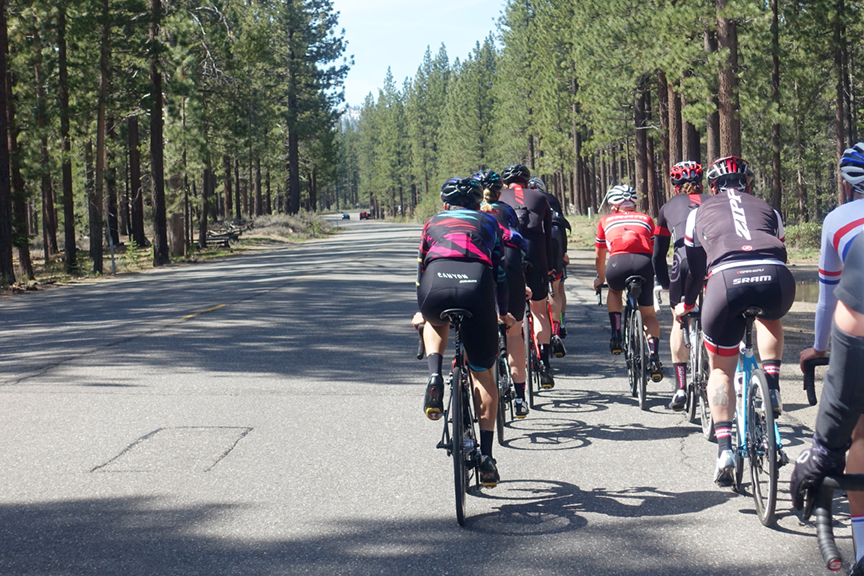 After the ride, we enjoyed lunch with the team at the race hotel. They signed photo cards for fans and a disc wheel for Zipp. All part of the job!

That evening, we attended the Team Presentation, an inspiring affair that introduced the world class racers and celebrated the current momentum in women's cycling with speeches and interviews with 3X Olympic Gold Medalist Kristin Armstrong and USA Cycling president, Derek Bouchard-Hall. 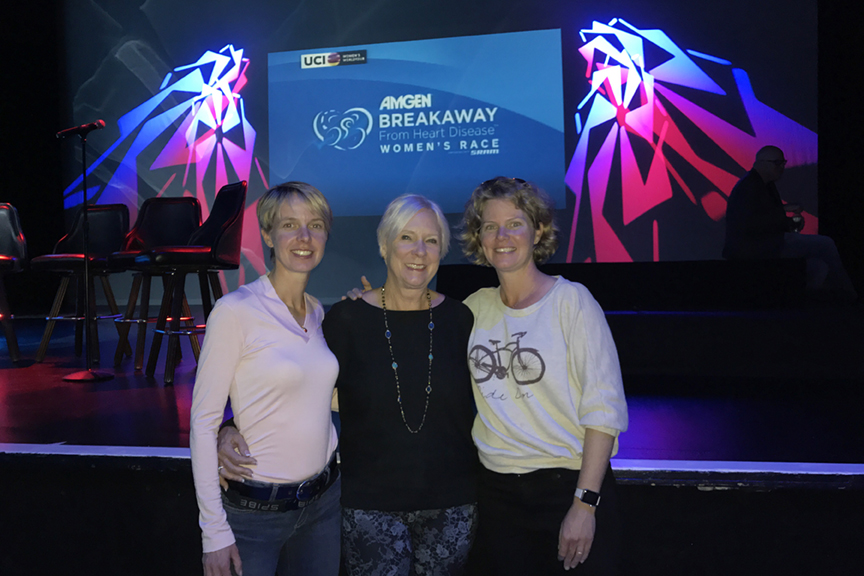 Next, it was business time. Stage 1 of the race finished with a punchy climb to a ski resort, and we had the pleasure of watching it from the race's official VIP hospitality tent. Zwift favorite and long-time Tour of California personality, Dave Towle, provided thrilling commentating as defending champion and current USA National road champion Megan Guarnier took the win in commanding fashion. Alena Amialiusik crossed the line first for CANYON//SRAM in 10th place. 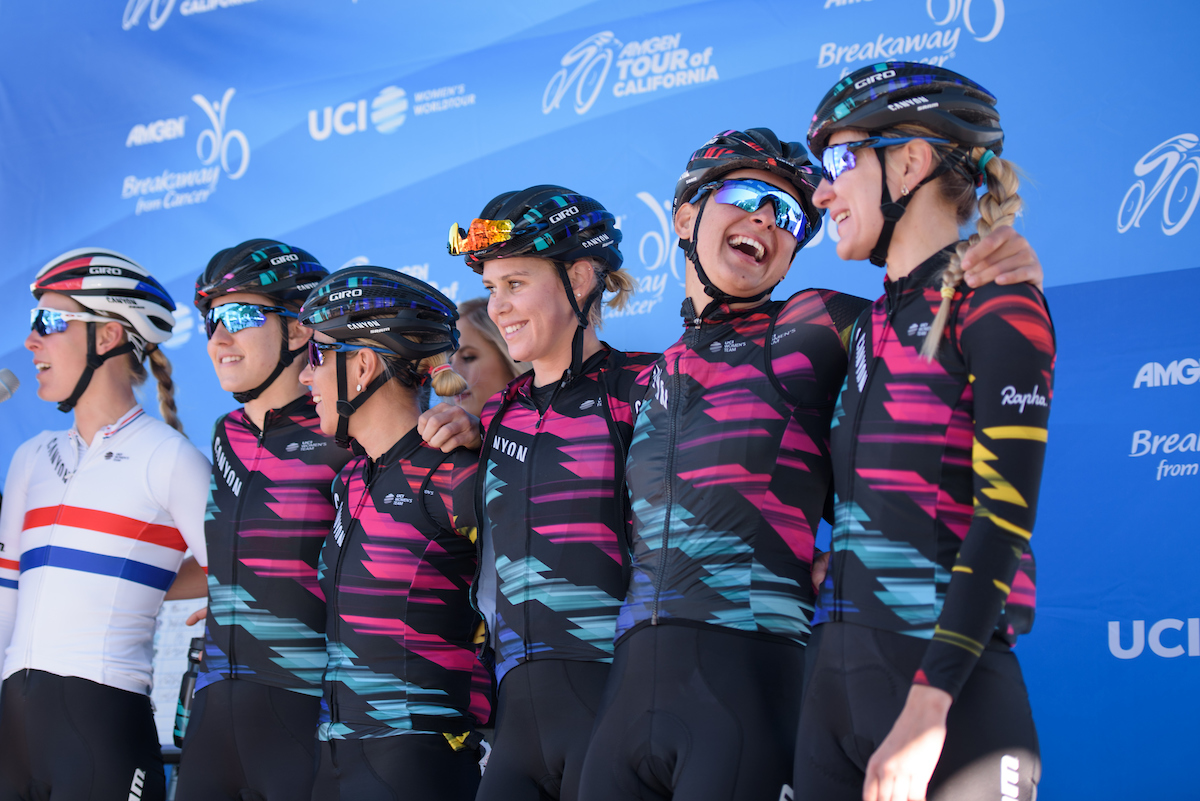 That night, we had dinner with Jenny and her family. We relived the highlights of the last few days, marveling at the international talent that the race drew to California. We talked about how much the sport has grown and how it makes the world so small. It turns out, Jenny's family grew up racing and training at the velodrome in Trexlertown, PA, the very same track and community that turned me into an avid cyclist. We knew all the same characters and spent the good part of dinner reminiscing and laughing at our shared experience. We learned that Zwift has played a huge role in Jenny's family- something that we'll elaborate on in part 2 of this post.

We looked around the table and smiled. It felt like a night with old friends. After dessert, we hugged and said our good-byes, but we knew we were going to pick up where we left off in Watopia next week.

Maybe it was the altitude, but we all left Tahoe a little high. 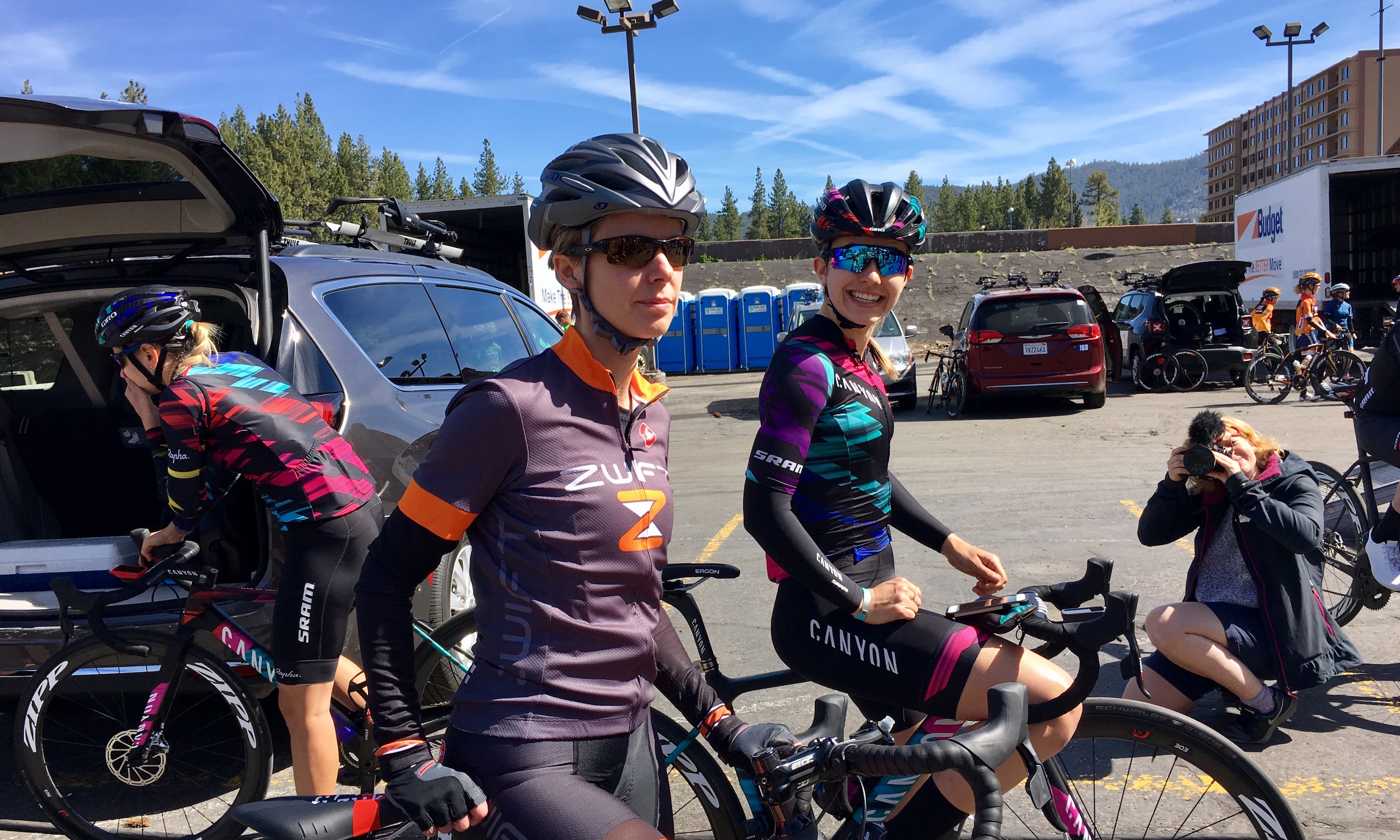