Mary Wilkinson, a former elite runner, has become a powerhouse bike racer on Zwift. Some may know her best as one of the finalists in the 2018 Canyon // SRAM Zwift Academy. Or maybe what stands out is when she raced this spring in the KISS Super League on the Zwift Academy Dream Team, besting opponents from several professional cycling teams (the Dream Team placed third on the overall podium). Or when, in March, she won the silver medal in the British Cycling Zwift eRacing Championships.

Mary has taken up racing on the road and has proved to be a formidable force there, too. She took victory in her age group in 2018 at the British Cycling National Masters Road Race Championships.

Recently, she spoke with us about her experiences on Zwift and what they have taught her about racing indoors and out. 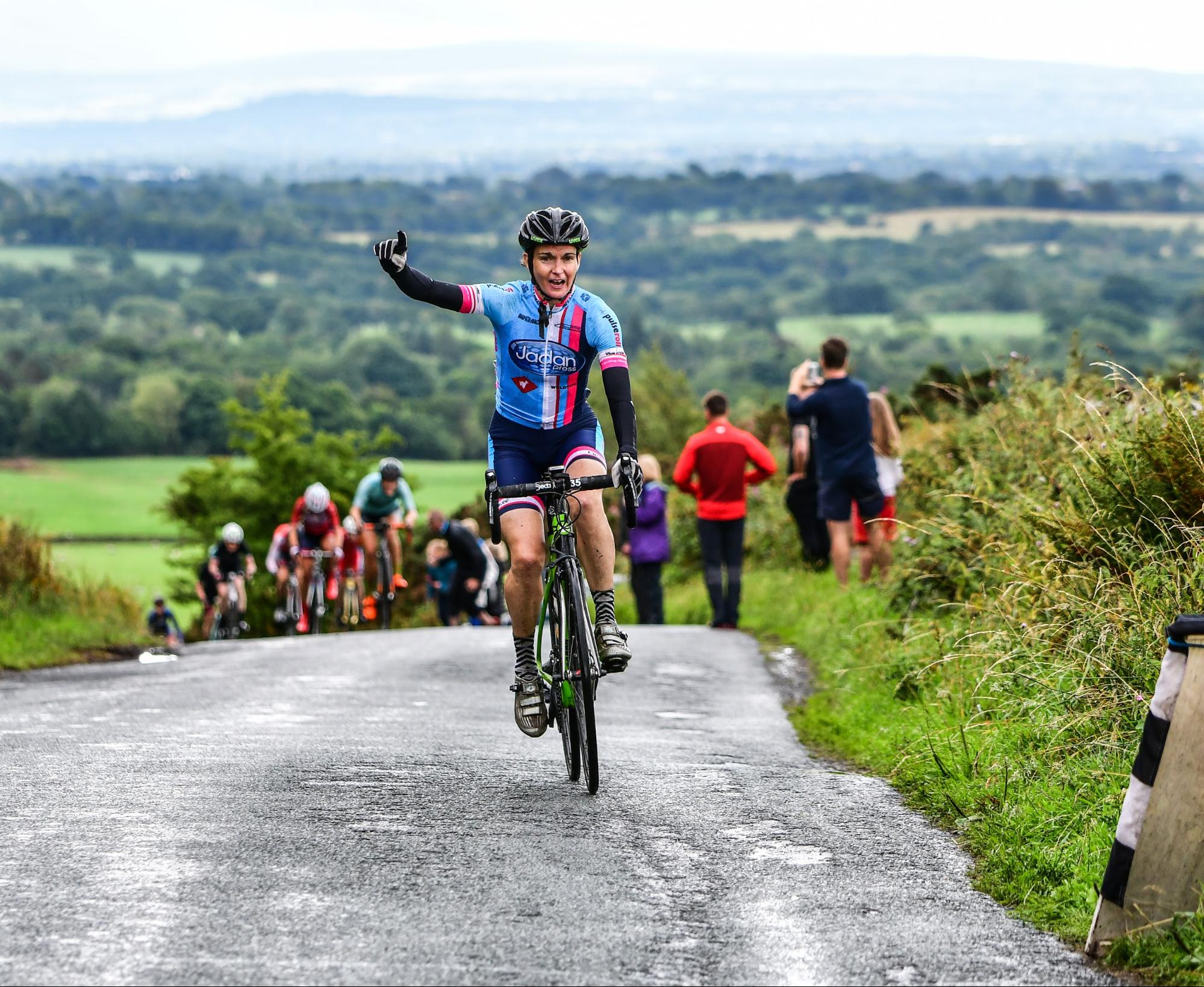 Zwift: How long have you been racing on Zwift, and how did you get started?

Mary Wilkinson: My first introduction to Zwift was during the summer of 2016 when I saw a post about the Zwift Academy. I'd been riding my bike outside and on a standard trainer for a year while I was battling a running injury. It was around this time that I was really struggling to accept that I might never run again, never mind competitively and Zwift and the Academy gave me a focus and plan to follow.

From the minute I rolled out into Watopia I was hooked, but I didn't actually race on Zwift for over a year. I was happy to push myself in workouts and free rides but a part of me was scared I'd just get dropped straight away in a race! Eventually, my competitive element kicked in and I stepped into the races and loved them. I was surprised how much deeper I could go even when your competition may actually be at the other side of the world!

Zwift gave me the perfect platform to fuel my drive to push my physical limits and it also really helped me deal with and accept the reality of not being able to run. It gave me a second chance at a competitive sport.

Tell me about your outdoor racing experience. How does it compare to racing on Zwift?

MW: After racing over the winter of 2017/18 I jumped into my first outdoor road race in March 2018, and it was the confidence I gained in my physical ability during the virtual races that gave me the push I needed to have a go outdoors too. Since that first outing, I've raced a full road season last year and have just kicked off again this year. I enjoyed some amazing experiences and a bit of success, but the bit I’ve enjoyed the most has been learning the racecraft and the process of growing as a racer and this is true for both outdoors and Zwift racing.

To me outdoors racing and Zwift racing are the same but different! Both require a blend of physical and tactical skill, and outdoors you just add the element of bike handling and positioning. I think I can push myself slightly 'deeper' when racing Zwift as I don't have to worry about keeping control of my bike (it doesn't really matter if you push so hard you pass out on a stationary bike!). Zwift races are also more intense than your typical road race, the exception being Crits, primarily because Zwift races are often full gas from the start and never let up (especially when racing in mixed events) and last a relatively short period of time.

I do think that tactically you can transfer a lot between Zwift and outdoors racing. I've used Zwift races to try out different tactics such as putting in bursts of random attacks repeatedly, going for a long time-trial style effort, kicking hard with about a kilometer go or sitting in and waiting for the sprint just to try things out because if it goes wrong there is always another opportunity to race again whenever you want. Try that in a road race and it doesn't work out and it's a long wait for the next race to try something else!

I think the skills are transferable, but it's probably easier for a Zwift racer to do well in road races straight away than it is for a road racer to jump straight into success in Zwift races. There are quite a few 'game' skills to be aware of and I think this was evident in the KISS Super League. 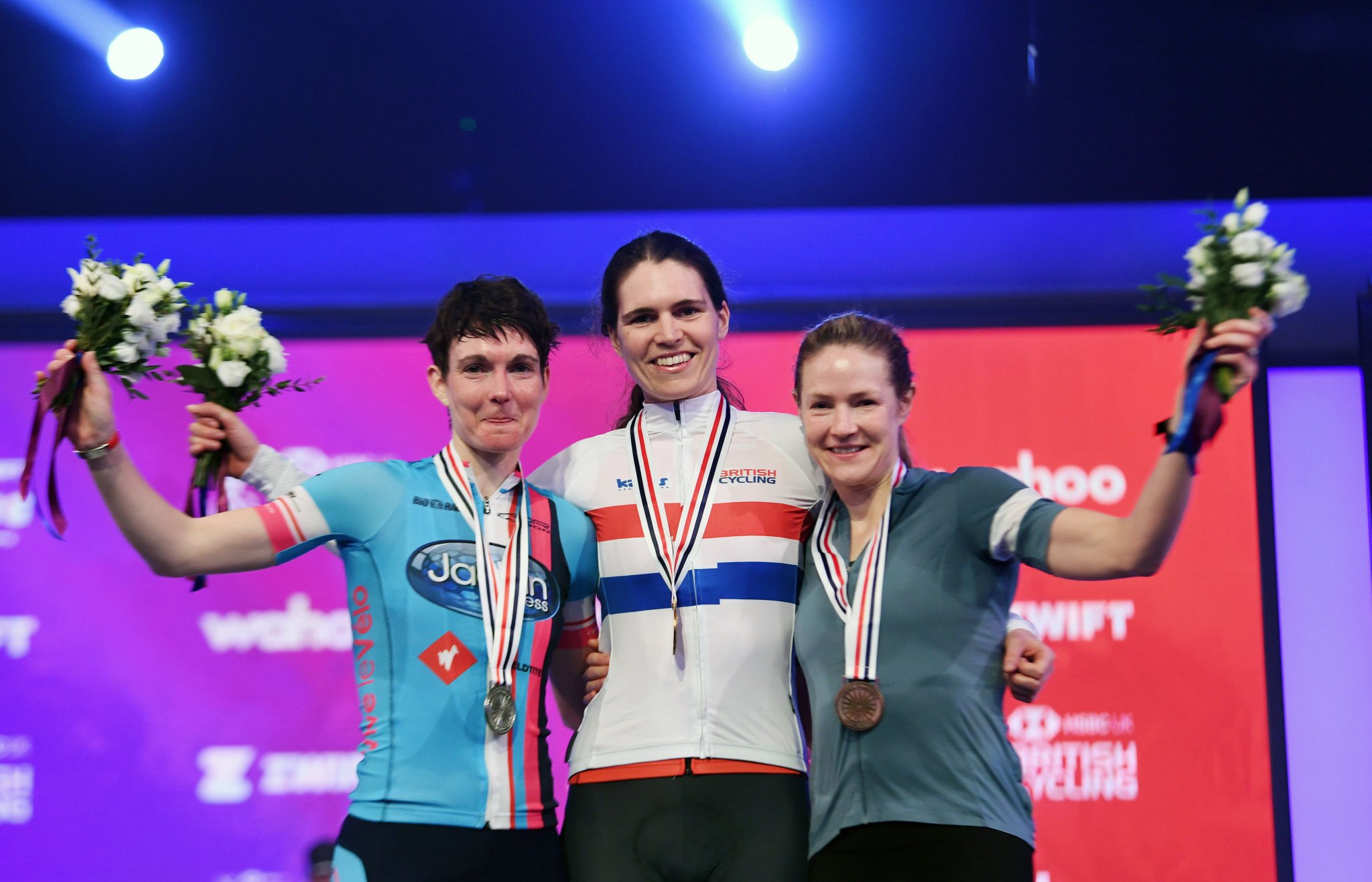 MW: That's a tough question! As a course I think it would have to be Watopia Figure 8, it has a bit of everything and you can approach a race on the circuit in a lot of different ways. The racing is often interesting, exciting and close.

Having said that, it probably isn't my 'best' course. That would have to be any of the routes that finish with a relatively long climb such as the Lutscher or Volcano KOM.

Do you have any pre-race rituals? How about post-race?

MW: Most of my Zwifting takes place at a very unsociable hour of the morning, so I don't have time for any rituals aside from a strong coffee to wake me up! If I'm at a live event I do have lucky socks although they've seen better days now.

Post-race I can usually be found hanging over the handlebars for a few minutes, and when I've recovered sufficiently I like to have a good long spin to cool down.

Do you have any favorite workouts that help you in races?

MW: There is no better training than racing, but having said that it's very easy to over-race and there are lots and lots of really beneficial workouts I do. In fact, the majority of all my 'hard' sessions are done on Zwift rather than outside. I'm a really big fan of Mitochondria sessions, but as with a lot of things what you like isn't always the best. I think that Over-Under sessions give you the biggest bang for your buck in terms of training for racing, but they are certainly not my favourite - pass the sick bag! [Over-Under sessions alternate between intervals just below and just above Functional Threshold Power (FTP).]

Mitochondria sessions are relatively simple and involve either 20 x 30s or 10 x 1 minute at 115% FTP with 1:30-2:00 minutes recovery at 60% FTP. The intervals are not full on sprints but controlled efforts that engage quite a lot of muscle fibres and the accumulation of efforts leads to an increase in the number of mitochondria (energy-producing cells in the muscles)... or at least that's the theory! I find it a great session to keep intensity in my programme all year round without adding too much fatigue.

Want to create a workout like Mary describes above? Read Zwift How-to: Creating a Custom Workout.

Interestingly, some of my most important Zwift 'sessions' are my recovery rides. I deliberately programme in a set of low intensity intervals of varying length to maintain interest but keep the power down. I find that if I just go for an easy ride, indoors or out, I end up riding too hard.

What challenges have you faced as a female racing cyclist, both outdoors and on Zwift? How have you dealt with them?

MW: I can't say that I have faced any major challenges personally. There is definitely a lower number of female 'racers' on Zwift and women-only events can have quite low numbers which is a shame as there are lots of female riders. Don't be scared ladies, racing is for everyone! You can go as hard or steady as you want, there will always be someone to chase!

Do you approach mixed-gender races differently than women-only races? If so, how?

MW: Until recently I hadn't raced many women-only events, and I've found them to be very different to the mixed races. In mixed races my tactics are generally to hang on to the front of the race for as long as possible and if I do get dropped then I start to think about tactics depending on where I am in the race, if I'm still in a group and how big that is or if I'm on my own how far the finish is vs. how far behind the next racers are.

The women-only races don't tend to start quite as aggressively as the mixed races, and I tend to try and have a plan for my own race based on the course rather than just going as hard as possible for as long as possible. For example, if it's a route with climbs I'd probably have decided where I was going to attack before the start. If it's a flat route with a climb to the finish I'd either sit in and wait for a big effort on the final climb or attack early to try and get away. Obviously, this only works if everyone else's tactics are neutralised… it really is a matter of being reactive but with a general overall plan.

You were a Zwift Academy finalist in 2018. What did you take from that experience that helped your cycling?

MW: Being a Zwift Academy Finalist was one of the most amazing experiences I've ever had on or off the bike, and I learnt so much about bike racing and about myself. The whole academy process from qualification, semi-finals and finals gave me a huge amount of confidence in my physical capacity on the bike and that I do have the ability to mix it up at a high level. The sessions and races in all 3 academies I completed raised my performance levels to another level, and I would recommend anyone looking to improve their ability to give it a go.

Watch a summary video from day 1 of the Andalusia, Spain Canyon-SRAM training camp with Mary and other Zwift Academy Finalists

At the finals themselves, simply riding with the Canyon-SRAM ladies allowed me to pick up a lot of skills and advice that you wouldn't get anywhere else. Descending and echelon work was on a whole new level to anything I'd ever been a part of before, and I've certainly seen an improvement in these elements of my riding and racing since.

It seems like your strength is in long climbs, but you've shown that you can hold your own in a sprint! How do you adapt to races that might not be ideal for you?

MW: Thanks! Climbing is certainly my preference, but I actually really enjoy sprinting – although preferably up a slight incline. If I can avoid letting a race go to a full-on group sprint I will do that by trying to break away on an earlier climb, or if the route is completely flat I try to make the race as hard as possible – or ideally get a teammate to make it hard – as I seem to be able to finish fast off a high pace.

It's a mental game really though: if you think a route won't suit you, you're half beaten before you start. Go into a race positively by thinking of it as a way to try something new or to improve on your weaknesses, and you'll do far better.

MW: I think I just answered that in the last question! But above all, enjoy the race, embrace the experience and don't be scared of having a go, whether it’s your first race you are just trying something different. You will always gain something from a race whether it goes well or not. Learn from what you did and use that knowledge in your next race. 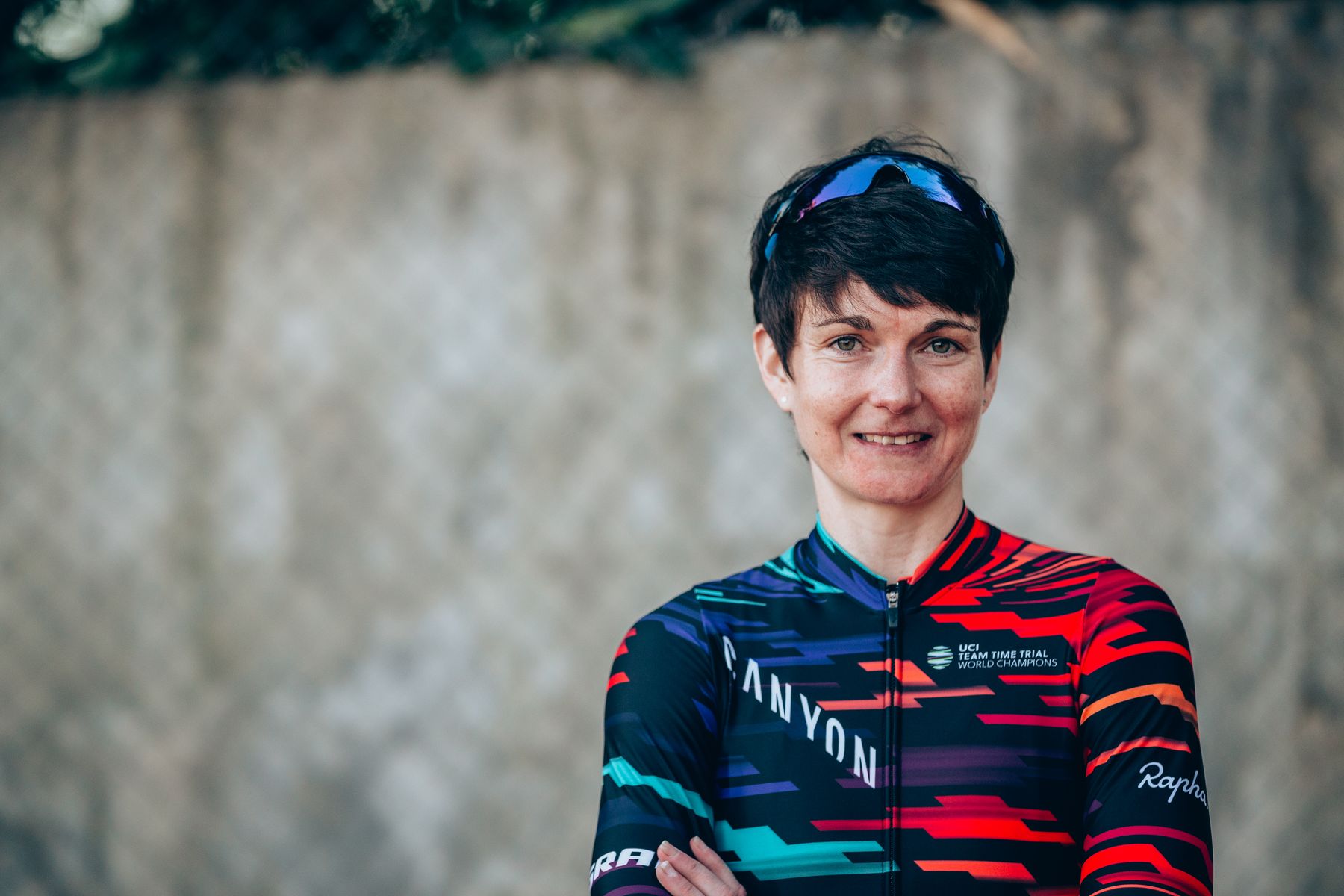