Tri and Keep her Down: Aimee Haftel rises to the challenge

Aimee Haftel is always searching for her next challenge. This triathlete/mom/marketing professional works hard and plays hard. Here's her story... 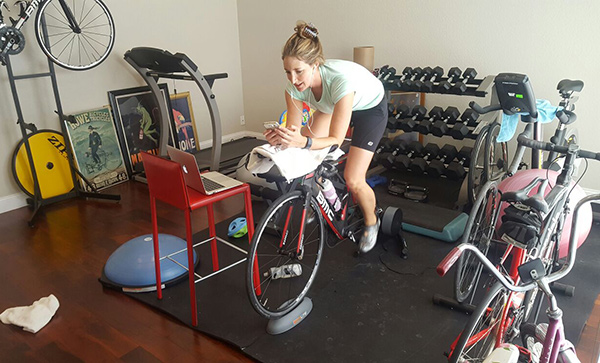 I wanted to get stronger on the bike and turn up my game. I've always loved cycling and I wanted an environment that is safer and more structured. I am competitive by nature, so when I saw a program where you could compete to become a pro cyclist, against ladies from around the world, I instantly wanted to sign up.

Zwift has helped me to gain more of a competitive edge! I love the training plans and schedules which have made me so much stronger both mentally and physically! I've gotten so much stronger on the bike. During weekend rides from Miami to Homestead, where all of the cyclists head, I end up pulling for the majority of the ride with my buddies and the effort level I perceive is much easier than it's ever been. The 60-70 mile rides that I do now seem so much easier than ever before, and it's in the heat of the summer with killer head winds!

I look forward to the group rides and feel like I've made cycling friends from around the globe. I love the structure of ZA and the determination, camaraderie and gratitude of the ladies in the group, as well as the challenging nature of the workouts.

What do you do when you're not riding your bike?

I am a marketing consultant for the beer, wine and spirits industry. The industry is a 'work hard/play hard' atmosphere, just like my triathlon hobbies. I also swim and run to compete in long course triathlons. I have an almost 2-year-old daughter Elana and wonderful husband Gary who lets me get out on my bike as often as I like. My 2 year old takes up the majority of my time now so I have to balance my time being a working mom and also a competitive triathlete. 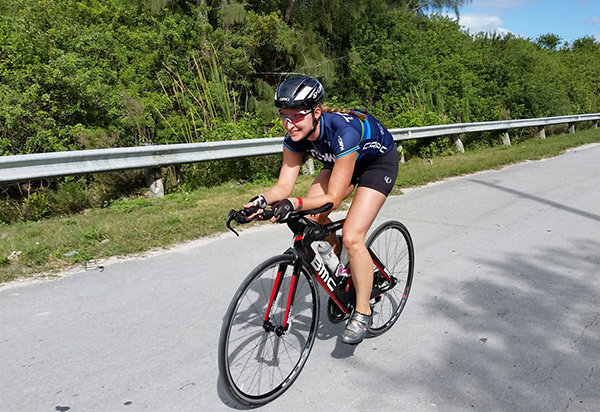 Yes, my daughter, Elana. She loves my bike. She is so excited to see me bike, run and swim, that I got her a balance bike and she's started to try to ride it, too. Sometimes, she'll sit in our playroom (my pain cave and her playroom) and watch me riding on Zwift and jump on her balance bike at the same time.

I cycled, swam and ran throughout my entire pregnancy. I realized the health benefits of keeping fit and cycling during my pregnancy.

I also love the competitive edge that I feel from cycling. My FTP and watts keep increasing as I get stronger and ride more. 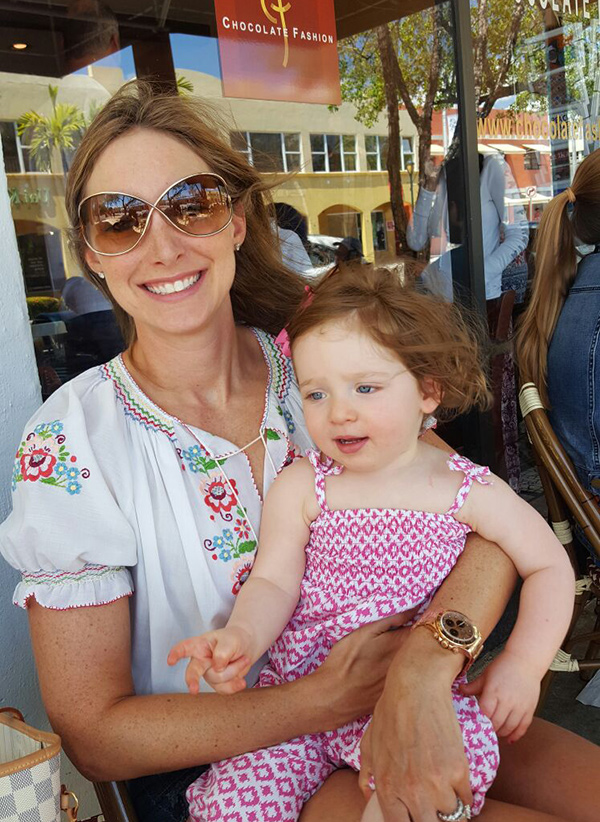 Cyclists have to replace a lot of calories. What's your favorite post-ride treat?

I love drinking chocolate milk and mango shakes. On the weekends, all of the cyclists head to Homestead from Miami to a spot called Roberts, a local fruit and milkshake stand. I get a fruit smoothie or Mango shake. I also am a steak and potatoes girl, so I will often eat a nice big rib-eye for dinner after a long ride.

Back in 2009, my husband and I had just moved to Miami and I started working for Bacardi, who were very involved with sponsoring the Bike MS 150 ride to Key Largo. I was a runner since high school and had never cycled, but a coworker had ridden the MS 150 year after year and continued to coax me into cycling.

I accepted the challenge for the MS 150 and raised the money for the cause 3 weeks before the event. I pledged to ride 50 miles in one day before even having ridden 20 miles in a day. Each week before the event, I continued to ride with a local cycling club and made it further and further during each long weekend ride. Finally the time came for the MS 150 challenge and although I was terrified to ride 50 miles and up the big bridge, I made it with a good group of friends. My husband drove down to meet me and we celebrated in Key Largo with the rest of the group. 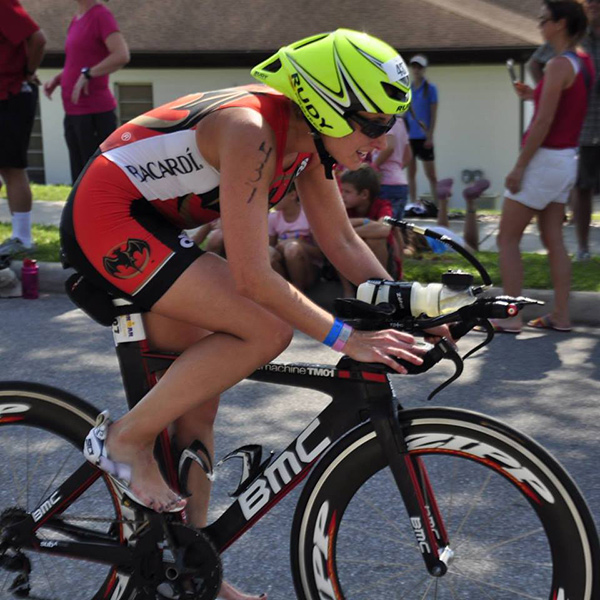 Shortly after the MS 150, I took up racing triathlons, incorporating swimming into my regime. I advanced quickly in triathlons at the age group and local level. That drove me to train more and dig deeper. I started placing in age group and overall in Miami's local scene. I began cycling with a very fast peloton before I was ready - long weekend rides were typically 50 miles +. I was a newbie and very tired out from the training on one weekend fast ride.

On the way back, there was a pothole in the road up ahead and the group swerved. I was sitting on my TT aerobars and hit the wheel of the guy in front of me because I was keeping a really close distance so I wouldn't get dropped. I went down, hitting my head, face, and both knees. I lost consciousness, was bleeding profusely, and was gasping for air. A helicopter transported me to the nearest trauma center. After several hours, I woke up and gained consciousness slowly, but still to this day, I remember nothing from the accident or helicopter ride. The helmet saved my life. I still have scars above my eye and on my knees.

After my accident, my mission was to slowly return to the cycling sport that I loved and be safer and more cautious about my rides and which peloton I ride with. After a challenging time I was back out on the bike riding with safer groups and only a few people at a time.

Cycling has made me stronger both physically and mentally. To be able to get back on my bike after my accident was a challenge but I was able to overcome my fears and become stronger than I once was. Now I know my potential - I can do anything!

Attitude is Everything: a Talk with Coach David Lipscomb over 5 years ago