Training Apart to Ride Together

How do you train for a big adventure with a friend when you can’t ride together?

Two Dutch cyclists who live in different parts of the country are turning to Zwift – the place where they met.

They’ve set their sights on “The Ride Pyrenees,” presented by Fiets, this September. It’s a 6-day Gran Fondo through the Pyrenees, mostly in France with a short detour into Spain. But their larger goal is the main event in 2021, simply called “The Ride.” It’s an 8-day journey through eight different countries. They’ll face both of these challenges together.

Maarten Visser and Bastiaan Gaillard both joined Zwift in 2015 and are both members of the Dutch cycling club Het is Koers. When the club wanted to do more with Zwift and lead more rides, they both volunteered, but they didn’t know each other yet.

Gaillard and Visser say leading group rides has been one of their favorite parts of Zwift. These organized events allow people to meet and ride the same course at the same time. The leader sets the pace and the tone of the ride, with a yellow beacon over their avatar that everyone can follow.

“There’s something magical about leading a ride, and everybody there is somewhere on their trainer out in the world,” Gaillard says.

Using Zwift’s in-game messaging feature, riders can chat with other Zwifters publicly or send private messages. Blue thumbs pop up overhead throughout each event as people from across the globe give each other “Ride Ons” to show support and encouragement.

“On our Het is Koers social rides, there’s always something funny (people are talking about), and it’s always nice to join,” Visser says.

The club’s ride leaders created a chat group on WhatsApp to coordinate the rides, and soon they started getting to know each other. Some of them started calling each other just to chat, including Gaillard and Visser.

“Both of us love gear – new bikes, new helmets, new glasses,” Gaillard says. “We talk a lot about that. I think that was in 2016 when we started.”

A few months later, the ride leaders started scheduling outdoor rides. Visser couldn’t come to the early ones, so he didn’t meet Gaillard until 2017 at the Six Days of Rotterdam, a track cycling event in the Netherlands.

The first time they rode together, in person, was during a ride of more than 170 miles around a big lake in the country.

“It’s like you’ve known each other for years and years,” Visser says. “We were riding next to each other on bikes, and it was like, ‘Is this the first time we’ve really ridden together in real life?’ Because you have the feeling you know each other already.” 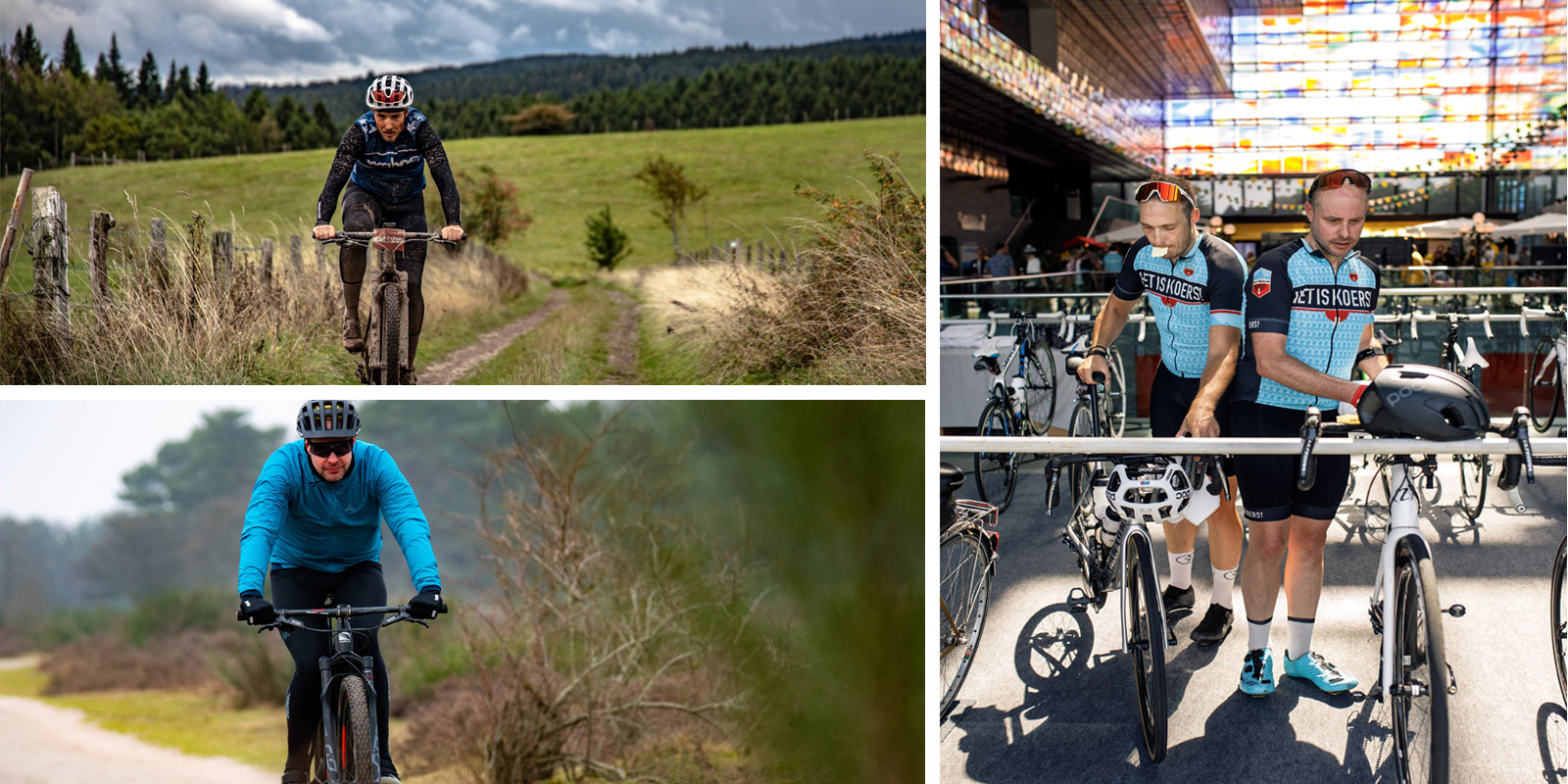 As a blogger, Gaillard was invited by organizers to do The Ride in June 2020. He decided he wanted to do it with Visser, who also does some blogging for Het Is Koers. Neither of them has ridden it before.

The first stage alone would be a challenge for many cyclists as they ascend the famous Stelvio mountain in Italy. The planned route then goes through Austria, Switzerland, Germany, France, Luxembourg, and Belgium. The last stage includes the Cauberg, a hill in the Netherlands often featured in the professional Amstel Gold Race. In total, participants will complete 1,300 kilometers and climb 17,000 meters over the course of The Ride.

Gaillard did a slightly shorter multi-day event last year. Offered by the same organizers, it stayed in the Dolomites region of Italy.

Visser has done some big Gran Fondo rides, like La Marmotte, but not for more than one day at a time. He calls The Ride a “bucket list event” – it’s something he has always wanted to do.

“We are on the same page when it comes to crazy things,” Visser says. “Bastiaan was already in the Dolomites, and he came back and said, ‘It’s so awesome.’”

This September, Fiets is holding a similar event to that Dolomites ride - except this time, it’s in the Pyrenees mountains in France and Spain. And Visser and Gaillard plan to be there.

When the COVID-19 outbreak became widespread, the pair’s plans for The Ride were postponed to 2021. They wanted another goal to train for in the meantime, and The Ride Pyrenees fit perfectly.

This event is only 6 days, but it may not be much easier. With “only” 775 kilometers and 16,000 vertical meters, it features a lot more climbing per kilometer - including two ascents of the famous Col du Tourmalet.

Participants are provided with meals and support. They also can choose a camping or hotel package, where organizers take care of accommodations and transport riders’ luggage for them.

These rides aren’t races, and overall times aren’t ranked. There is an optional challenge segment for each stage, though, where the riders can race each other based on times recorded by Strava.

“You can do the ride in ‘race mode’ or in ‘tour mode.’ We’re going for tour mode,” Visser says. Then he pauses and a nervous grin appears. “Bastiaan? We are, right?”

They both laugh and agree that they’ll be taking it easy. 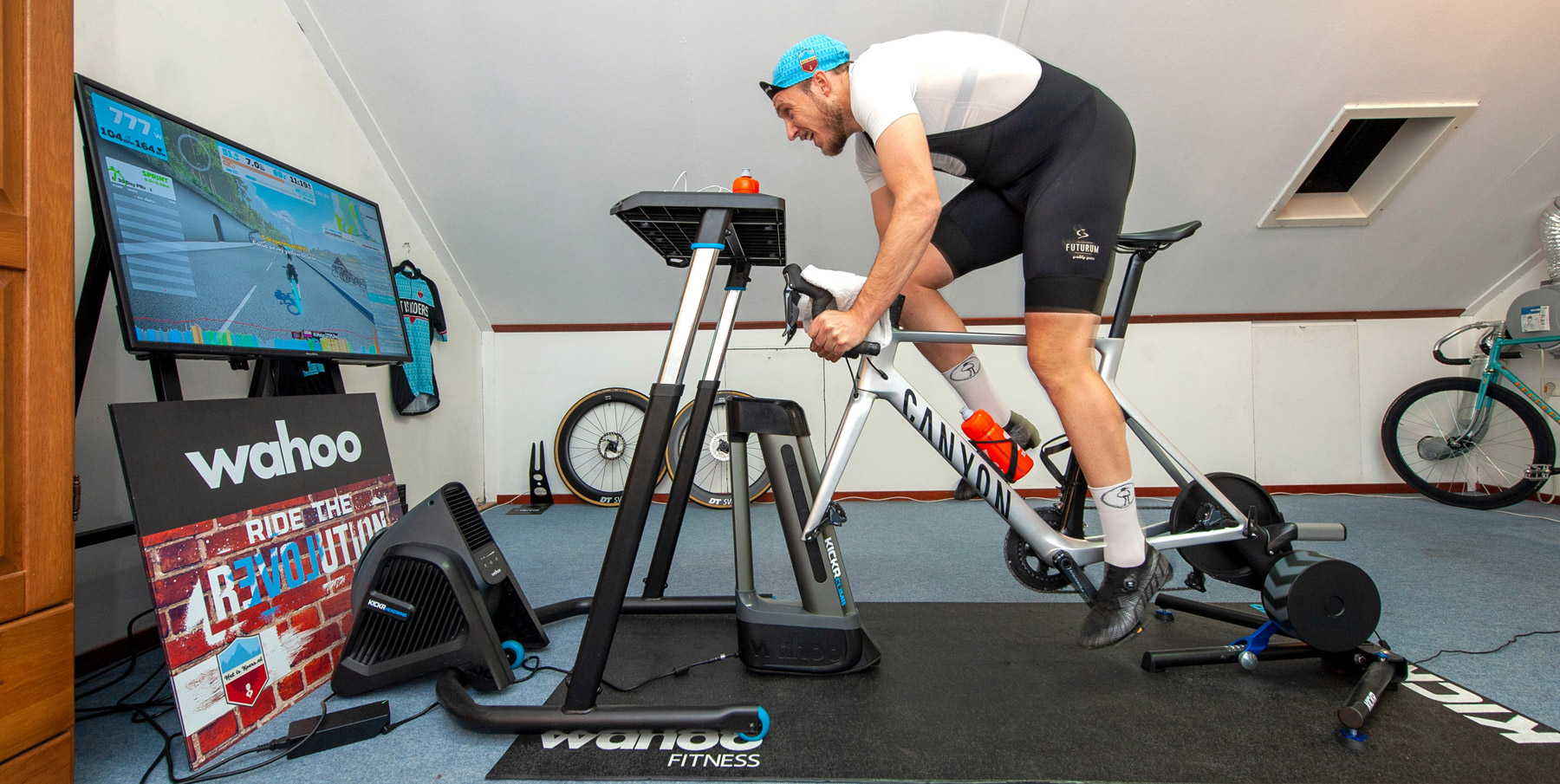 Visser at his Zwift station

Visser started cycling around 2009 while rehabilitating a knee injury from 2008. He first started riding casually, and then he got a little more serious while doing Gran Fondos. In the summer of 2015, he broke his collarbone while training for a triathlon. It was then that he saw Zwift on Twitter and decided to give it a try.

“The first time, I was sold immediately,” Visser says. “I was born in the early 80s, and we grew up with gaming. And I like sports… Indoor cycling in combination with a game is perfect.”

Gaillard bought a mountain bike in 2009 and his first road bike in 2013. He was also a runner and got injured while training for a marathon. He decided to buy a bike to stay in shape and rehabilitate from the injury, but he never did the marathon. In fact, he no longer runs, sticking to cycling instead. His first Zwift ride was in October 2015.

“I bought a Wahoo Kickr, and from that moment, I was hooked,” Gaillard says. “There was always someone on the platform, even in the early days.”

Winter in the Netherlands brings a lot of rain, wind, and snow, he says. Zwift gives more options for training inside, whether it’s a serious workout or a fun social ride.

Both say that Zwift also helps them keep up their riding as parents of young children. Bastiaan has two daughters, ages 4 and 9, and Maarten has a 4-year-old son.

“There’s an expression in Dutch called, ‘babyfoon Zwifting,’” Gaillard says, provoking a knowing laugh from Visser. “That’s when you have a baby monitor next to your bike when doing a Zwift session. There are a lot of parents riding on Zwift. We all know that it’s very handy sometimes to ride in your attic and do some workouts when the children are asleep.” 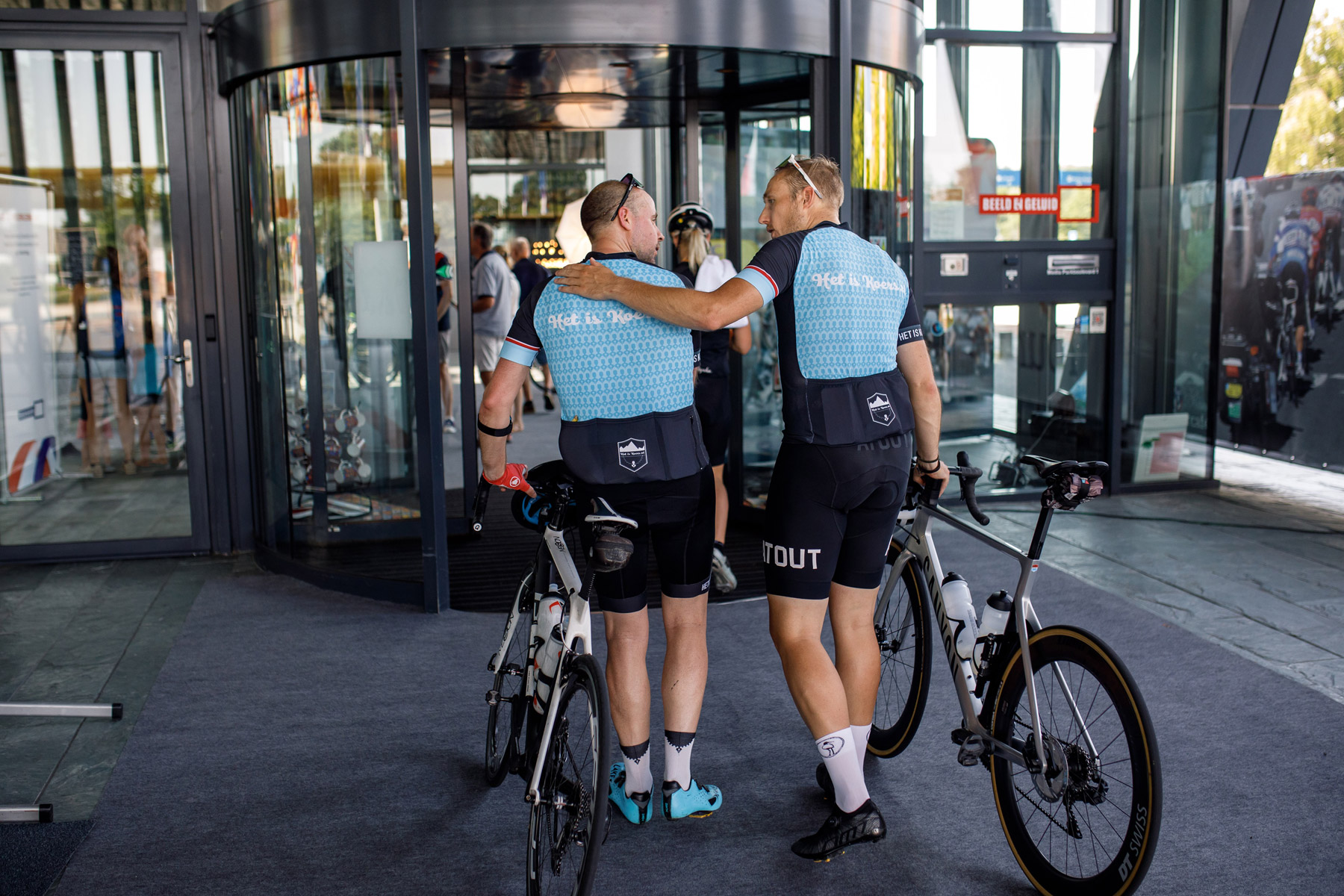 These two have a lot of preparation ahead of them to get ready for their big rides.

Gaillard has joined up with a coach to complete a training plan, importing custom workouts into Zwift and scheduling them around group rides. Structured workouts help Zwifters to get in focused training, either alone or in a group workout event. Visser is using a more flexible approach, mostly focused on building up distance and his time in the saddle. They both plan on combining outdoor riding and time on Zwift.

We’ll be checking in on them in a few weeks to see how their training is going. In the meantime, you can follow Gaillard on his blog and see writings from Visser on the Het is Koers website.

Zwift How-To: Choosing a World and Route over 2 years ago