What follows is a look at key sections of this route complete with racing tips from Vicki Whitelaw, a top A racer riding for the Heino team from her home in Canberra, Australia. Vicki was formerly a time trial specialist and competed at five consecutive Road World Championships for Australia from 2007-2011. Follow her tips to achieve your best results on the Greater London Loop!

A great combination of flat to mildly undulating road, with a decent-length 3km climb "Box Hill" - the usual race decider.

I would have loved to have raced this route at the London Olympic Games 2012. Instead, I had recently retired from the professional riding ranks and was early days, parked on the couch with my newborn daughter. 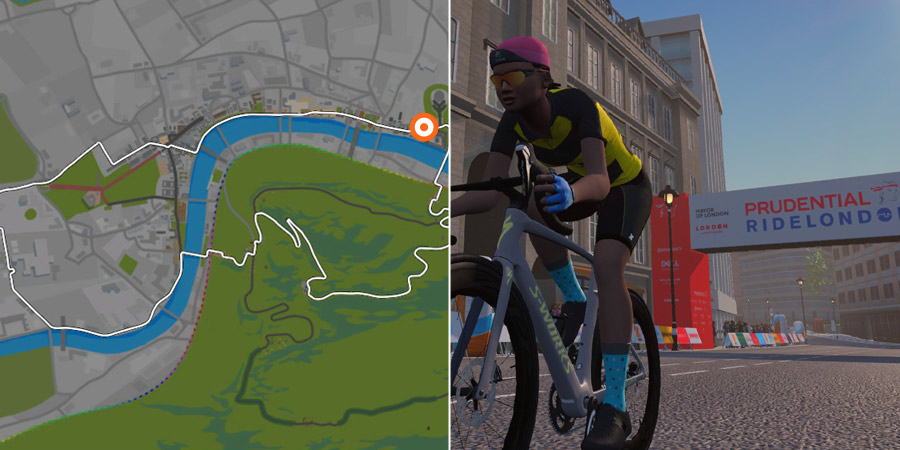 Like any Zwift race, this will start fast and furious. Be nicely warmed up before the clock hits zero, as riders will be pushing hard from the start in order to force a selection quickly.

Vicki tells us what we can expect: "The bunch can be quite strung out as it heads under the Prudential start/finish banner. Here there is a 3% small drag and after cresting, a fast striaght run into the tunnel. This section requires good drafting and attention. If you have missed that start, and are not responding to the speed here, you may be spending a lot of unnecessary biccies before the crucial parts of the route." 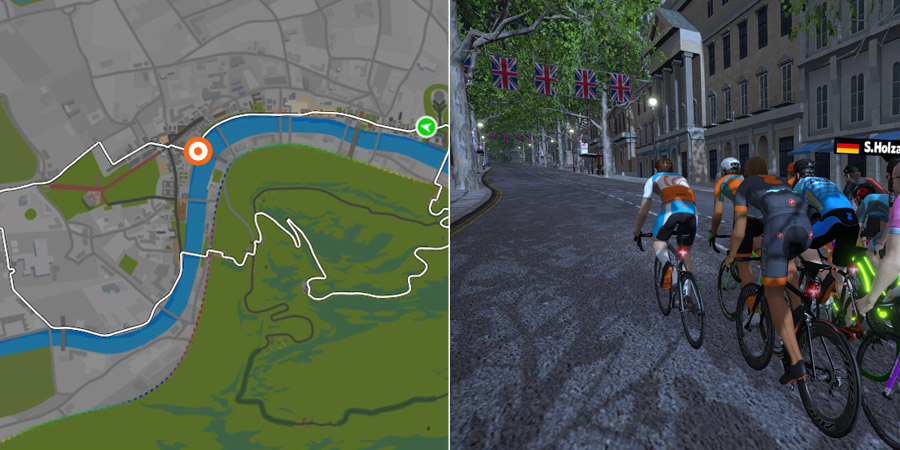 After riding along the Thames for a bit you'll hit a hard right turn where riders face a 5% bump for 400m. "This provides the first real opportunity for teams to put in a bit of a surge and test the waters to see if any key players are snoozing out the back," explains Vicki.

Once you've reached the top of the Northumberland Avenue ramp, it's time to ride the Greater London portion of our loop. This built-up portion of London is mostly flat, but watch for any small inclines, because riders will always increase their watts on climbs. 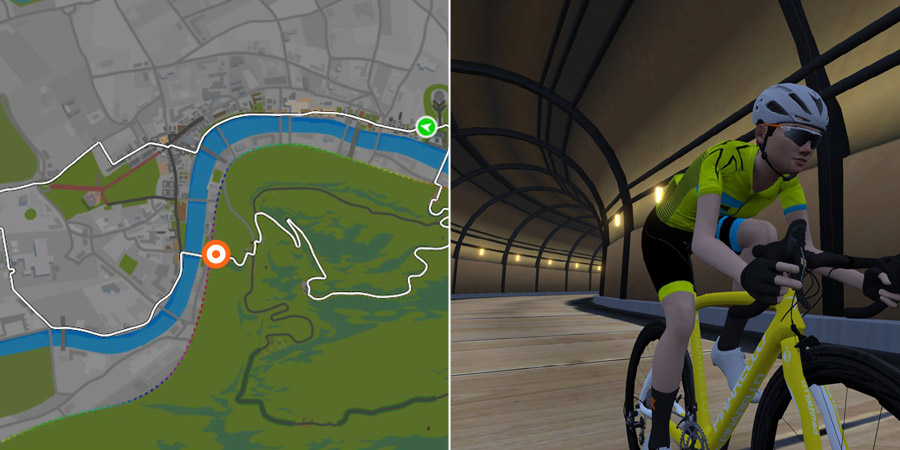 Vicki says, "It’s flat and uneventful until you enter the Underground station where you encounter a steep descent and the speed is usually high. I've experienced many times racing on this course, a strung-out bunch and a "lead out" to launch into the Box Hill climb. Ideally, you want to be in the top 10 riders here." 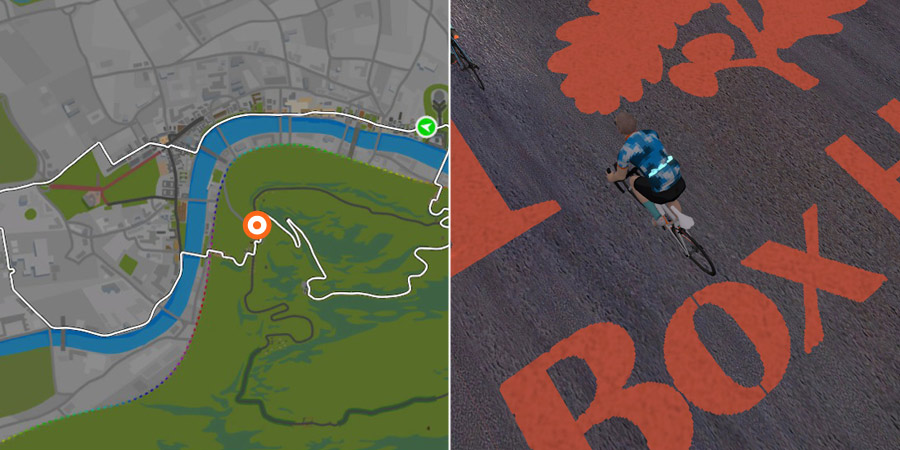 Once you exit the station you'll face a short ascent before passing the official Box Hill start marker. Many riders break this climb up mentally into thirds.

"It ramps up quickly to 7% and holds steady for the first third of this climb. Be prepared to push until it flattens slightly for a very brief reprieve, in the middle third," explains Vicki. "With an average gradient of 4.4%, Box Hill is one of those climbs that is going to really test both your heart and legs. It just feels like it's always 'on' with very little drop in the pace. Whilst the draft affect in game is less when climbing, it is still accessible and I've been known to have to bury myself quite deep to hang onto the more 'climby' rider types."

When you see white paint all over the tarmac you know you're in the last third of the climb. Vicki says, "It's often a welcome sign to see the graffiti white swirls on the road - knowing you have only 1/3 of the climb remaining. It's essential to stay alert for the run into the K/QOM that is actually flat and slightly downhill once you approach the final left hand bend before the banner." 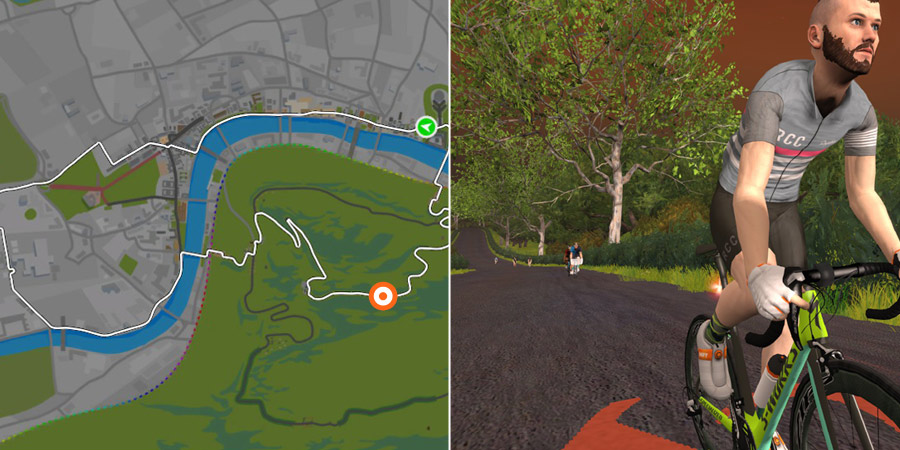 "Don’t think your climbing has finished," warns Vicki. "After the banner, there is a nasty kicker that can really hurt the legs. You will need to get out of the saddle and punch."

Go all-in on this kicker if you can, as you've got a long descent to recover on. Try to keep your watts up over the top so you can get into the supertuck quickly.

#6: Escalator Up From the Underground 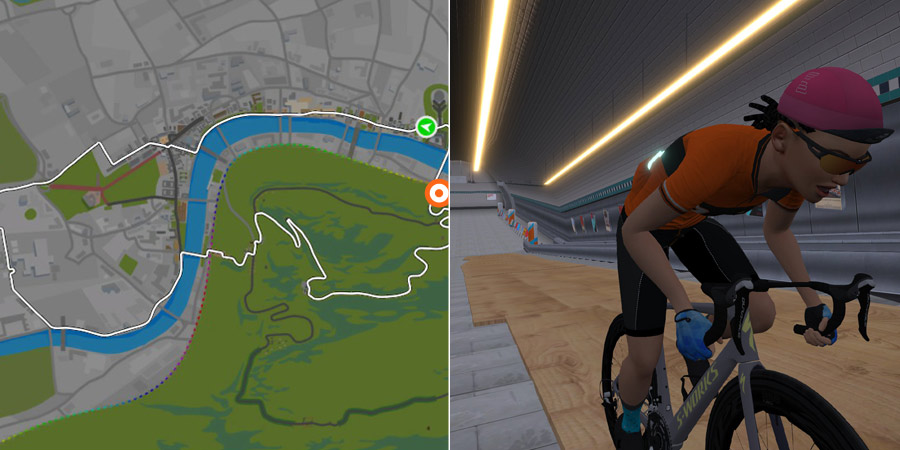 You'll enter the Underground tube after the descent of Fox Hill, and this is where we find our final climb of the loop. Vicki advises, "You need to punch out of the saddle otherwise you can be playing serious catch up in the run into the finish." 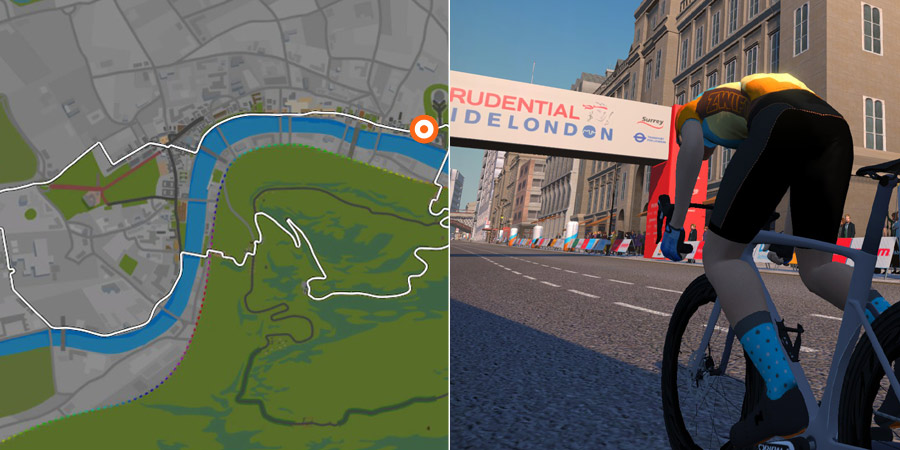 You'll find yourself crossing the distinctive Tower Bridge with only 1.5km left in your final lap. Chances are good that the Box Hill climb thinned the pack, so you'll be sprinting against a smaller group of riders. Your best finish here will come down to knowing your strengths and timing your final effort appropriately. No mean feat!

Vicki has one final word of warning for you: "You’ll need to ensure you judge your sprinting distance, as many a Zwifter has gone too early here only to find themselves swamped by a fast-finishing bunch."