No matter who you are, the DBR Endurance Ride is just your speed.

Unlike many group rides on Zwift, there isn’t one set pace that everyone tries to follow. Instead, riders pace themselves based on their own ability and power level.

It’s still a group ride, and you’ll still enjoy some friendly conversation! The idea is to find others who are riding at the same level and join them for a steady endurance spin. 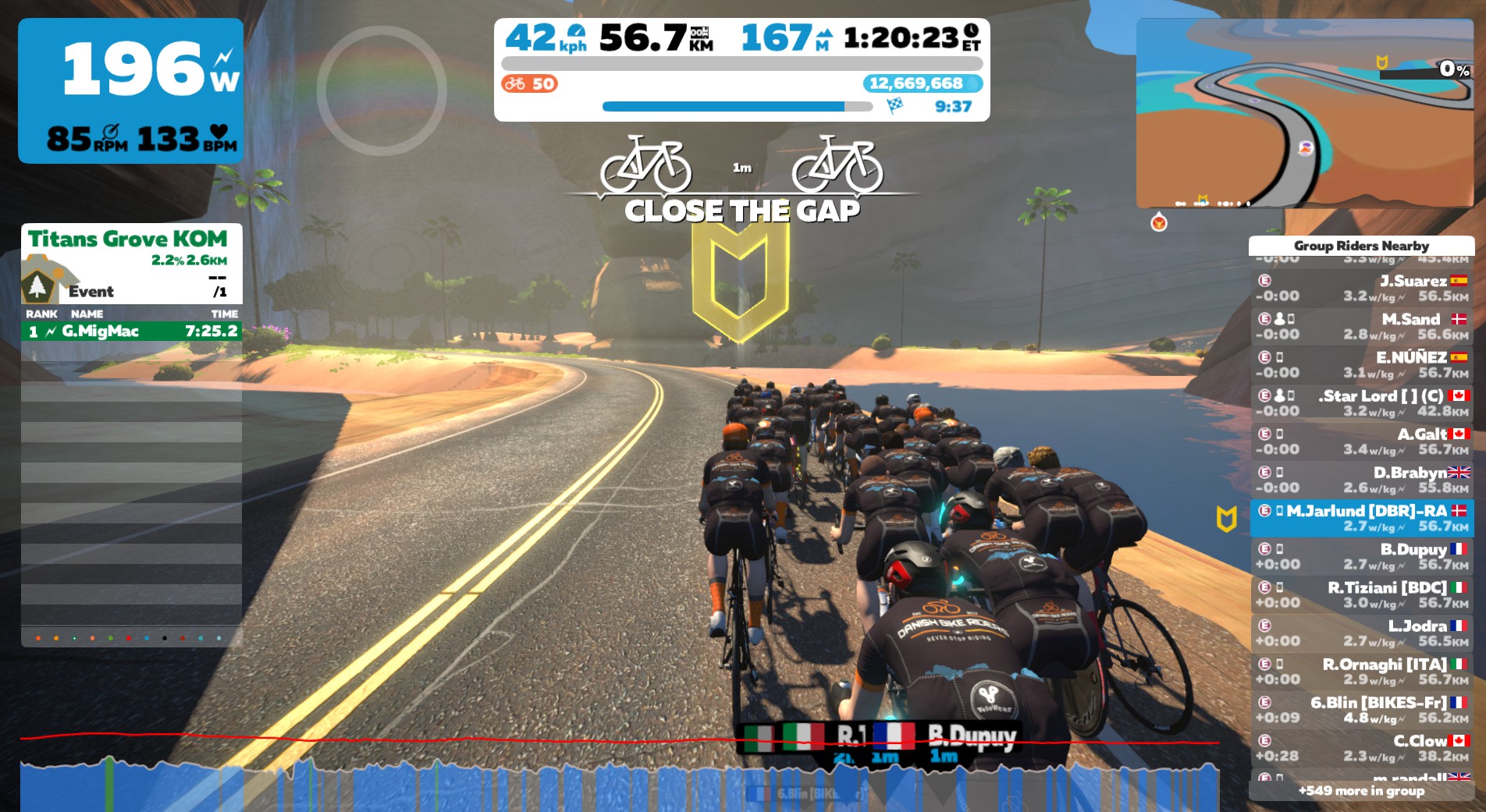 When you join the Base Endurance Ride by DBR (Danish Bike Riders), it’s up to you to pace yourself. Instead of trying to have everyone match the same speed or watts per kilogram, this group’s focus is on keeping an endurance-level effort in the “Zone 2” power range. There is a ride leader, but everyone pedals at his or her own level.

“This will split up the pack into smaller groups of people with roughly the same level of fitness,” explains Søren Andersen, one of DBR's leaders. “Everyone will get the same quality workout, just at different speeds.”

The easiest way to make sure you’re in Zone 2 is to turn on the power and heart rate graph by pressing “G” on your keyboard at the start of a ride. Using Zwift Companion mobile app, you also can tap the graph icon in the dashboard. Assuming your FTP is set correctly, Zone 2 endurance power efforts will paint a block of blue at the bottom of the screen. (If you don’t know your FTP, Zwift will estimate one for you, but you can get a better number by taking an FTP test.)

Because of the unique format, the ride doesn’t use sweepers to help people back to the front group. Riders are encouraged to group up with each other wherever they are.

“Even though it is not your typical social ride, it is often more social,” says Søren. “The reason for this is that people are all riding at a fairly low effort and have little problem keeping up with their respective group.”

The relaxed, fun chat helps those 90 minutes fly by quickly! The Base Endurance Ride uses flat courses so that it’s easier to keep a steady effort and stay together with others. For those who want something different, sometimes the rider leader will announce optional sprints.

Søren gives this history of the ride:

“The DBR Base Endurance Ride had its debut in September 2018, with Morten Jarlund as the initiator and Ride Leader. The event has been running for nearly 2 years now, pretty much without breaks.”

“It came about as we felt the need for a longer base ride. It quickly became popular, as there are no restrictions. We commonly see 700+ riders during the winter months, many of which come week after week. Peak attendance has been near 1000. The event often has pro riders participating.” 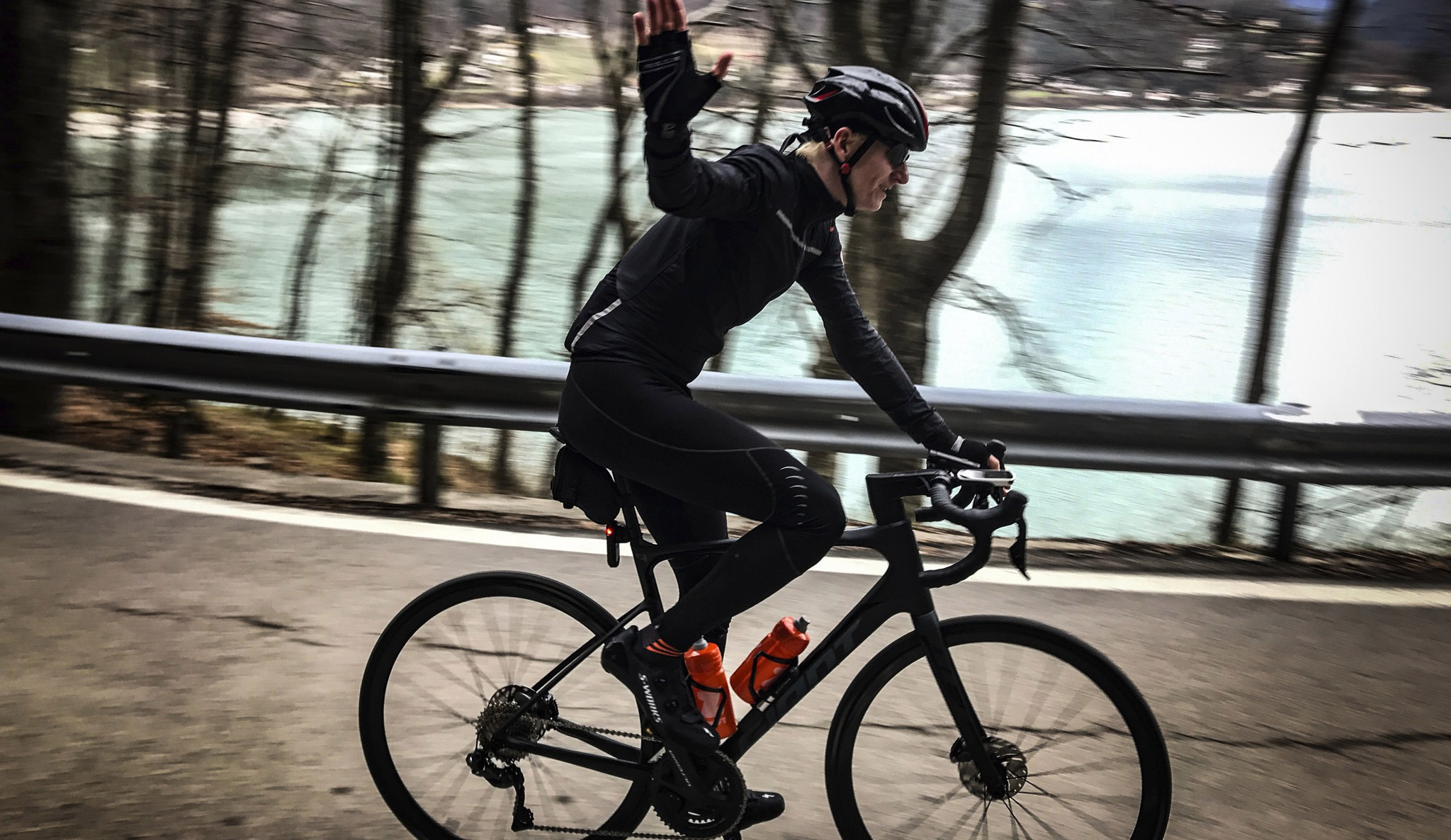 Morten Jarlund is the primary ride leader. He is 48 years old and has been enjoying Zwift since 2016, with close to 750 rides and races under his belt. Morten likes Zwift racing and is using the DBR Base Endurance ride as part of a weekly training schedule.

For more information about Danish Bike Riders, the Base Endurance Ride, and their other events, visit the Danish Zwift Riders Facebook page. All are welcome!

Off the MAAP: Prepare to Race 6 months ago