New York's "Grand Central Circuit" route is a tough one, no doubt about it. Based in the southern end of Central Park, it takes you up the reverse KOM on every lap, giving you just a few minutes of recovery between each KOM attempt in a multi-lap race.

Events here can get interesting, with lighter climbers attacking on the KOM and heavier sprinters pulling them back on the descent and flats. The question is: who can stay away to the finish?

What follows is a detailed breakdown of the Grand Central Circuit route from experienced B racer Ryan Fulmer. Follow his tips to get your best result on race day!

Ryan has raced this route many times, saying, “We raced Grand Central Circuit as part of the DIRT Cup which had both Sprint and KOM points. This course really kicks your butt because the sprint banner leaves little to no recovery for the kicker-filled KOM, which is bound to shatter the peloton. If there are sprint and KOM points up for grabs hang on tight!”

As with any race, a solid warmup is crucial before you head to the pens. Get that out of the way, then join the pens and wait for the clock to hit zero. This route begins with a short 1.6km lead-in to the sprint banner which will also serve as your finish line.

Ryan says, "You have to be especially awake out of the gate for this course as there’s a steep drop hitting 9% for a quick second, then back up again… did I mention NY was notorious for its rolling terrain? Staying aware of your pack positioning and getting out of the saddle for the punchy climbs will pay dividends in Central Park." 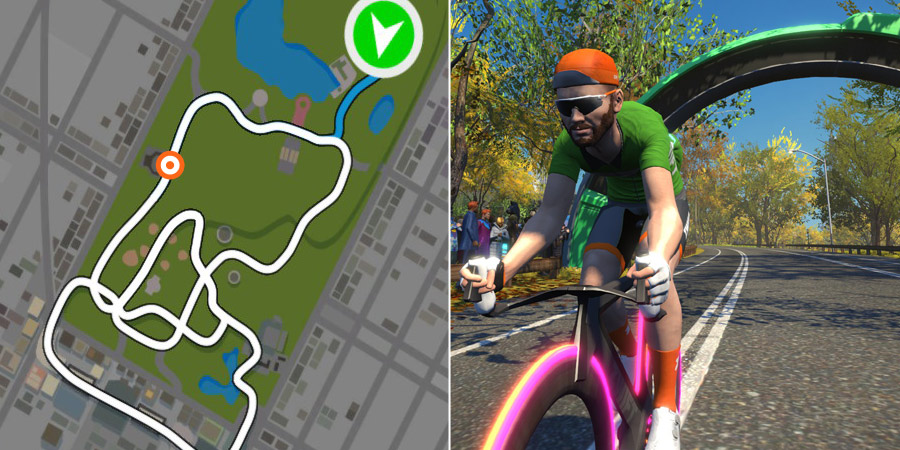 New York's sprint can be a bit tricky in this direction, as Ryan explains: "The sprint in NY starts well before the green dash as there’s a punchy climb going into it. Positioning yourself towards the front of the pack up the climb will set you up for a solid sprint."

Timing is crucial here, and your best timing depends on your strengths as a rider. Ryan says, "If you’re a climber get after it well before the climb leading into the sprint to negate the sprinters. If you’re a sprinter, stay on those wheels and start the sprint over the crest of the climb." 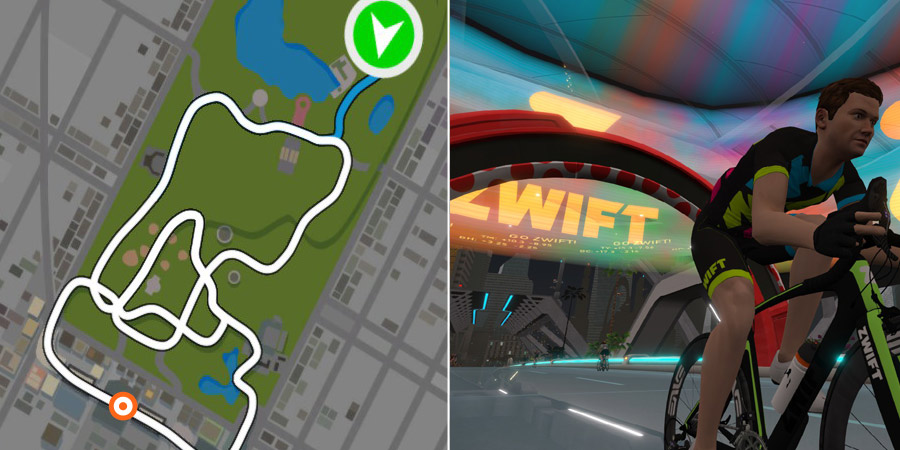 Hanging a left at the next intersection takes you onto the glass skyroad and the lead-in to one of the toughest KOMs in Zwift!

Ryan gives us a tour of this climb:

This is a 3-part climb that feels like it drags on and on and on… and the first part is not even the official start of the KOM.  There’s a 7-8% climb heading up, before flattening out and turning right.  There are several turns and false summits, so as you’re climbing take note to look up ahead through the glass to the next section. This may just help you measure your output a bit. Or just close your eyes and mash those pedals!

Turning right into the tunnel the road flattens out even going slightly downhill for a second.  If you’re looking for a wheel now’s the time to grab one and settle in for the long section of the climb. This is where you'll find the actual KOM start line.

If you’re racing to the KOM, the 15% section before the actual banner is decisive. Pacing is critical on this long KOM as drafting will not be a factor. 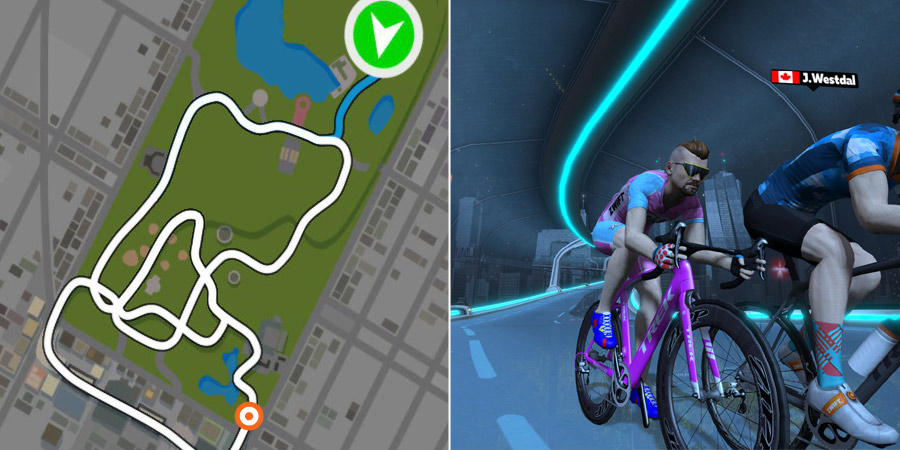 Once you reach the top of the climb, grab a few moments of recovery on the descent and flats that follow. The finish is just up the road, and you'll want to spin those legs out so they're ready for the final effort!

"Supertuck is king on this descent if you’re in a good position," Ryan explains. "If you’re working to make up ground, punch just before the steeper descent sections to build up speed, then drop back into supertuck to really get moving!

When you hit the flats, you may have some decisions to make depending on your position in the race. Ryan says, "If you lost the main pack this is an area to regain some ground, and if you dropped the pack, here’s where you put nails in the coffin! Carefully decide on energy expenditure here depending on your strengths. Did you really push the last climb? How many more laps of this nonsense?" 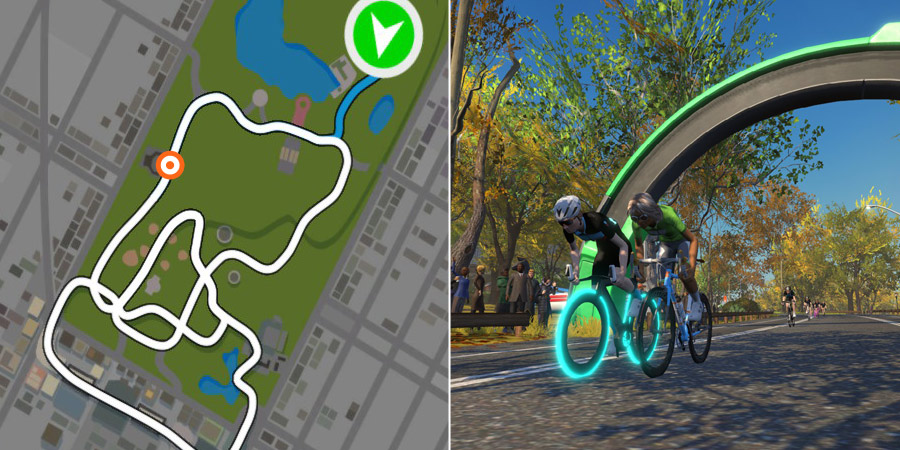 Your finishing strategy can vary depending on your strengths as a rider. Ryan gives us some sound advice:

Look for the brick section after turning left with 1km to go. If you plan on going from a long way out, this may be where you may want to take off. But watch the closing speed of the pack.

If you’re looking for a sprint win, position yourself so the pack leads you hard into the final left-hand turn. You’ll climb up the hill then have a slight downhill to the finish banner. The final lap tends to move over this climb much faster than the other laps, so early positioning is critical! Give it everything you have to crest the climb to the finish, then whatever is left to hold off any last-second attacks to the line!

Zwift How-To: Setting Up a Comfortable Running Pain Cave about 1 year ago