Racing on Zwift can help your training, as Charel Ferreira found out in the Zwift Racing League.

He practiced sprints and climbs to earn points for his TBR Hardknocks Team, and he built the endurance to stay in the race for a good finish. As Ferreira got better in ZRL, he also noticed improvements in his fitness that helped him outside.

“Zwift and ZRL have played a huge role in my training and racing, and it shows when I race outdoors in summer,” he says.

In the past, in a race called Rooiwal, he would hesitate to sprint for primes and would get dropped on an important climb. Now, he can sprint and recover fast, and he knows how to pace himself on that killer hill.

“My time has increased massively from being nearly last to Top 20 overall and top 10 in my age group,” Ferreira says. “That I can honestly say is thanks to ZRL.”

Zwift Racing League, hosted by Zwift and WTRL, is a team-based seasonal race series. This encourages teammates to work together and allows different types of riders to take on different roles. In ZRL’s points races, participants can earn points for their team by going for a high finish placement, or they can target sprint and climb segments along the route. During team time trials, teams race against the clock to reach the finish together as fast as possible.

“ZRL brings together people from all over the world,” Ferreira says. “It teaches racers more about the different aspects of racing, and you learn to strategize instead of just racing to the finish.”

Ferreira started cycling in 2018 and quickly jumped into group rides and local races. In 2019, he started using Zwift as a way of boosting his training at home. He got more involved in Zwift races the next year.

Ferreira is captain of the D-category TBR Hardknocks. Most of the team members are from America and the UK, while Ferreira himself is from South Africa. Ferreira says they have become pretty close as a team, having fun and joking with each other between races and getting serious for race day.

“We became a family rather than a team,” he says. “(I enjoy) the motivation from everyone to keep improving, trying to keep category upgrades pretty much the same so we are all in the same team at every ZRL season. Also learning about all their different cultures from all over the world.”

To learn more about The Big Ring (TBR), join their Facebook group!

ZRL teams are divided into women-only and mixed-gender categories. Often, community teams and clubs will split their women and men into separate squads. Others will field teams with anyone and rely on ZRL’s ability-based categories to group them together.

Ferreira says helping different team members race well together comes down to knowing each person’s strengths and weaknesses. Teammates who are stronger in certain terrain can ride in front of others who are weaker, giving them a “pull” in the draft.

“Ladies are generally lighter riders,” he says, “so we generally use ladies to do the pulling up climbs and let the heavier guys pull the ladies on the flats and downhills so they don’t drop easily. But competitively we are all equal I’d say. With ZRL being strict on category teams, it evens out the playing field with teams being mixed.”

His female teammate, Sophie Dumayne, says she loves racing on a mixed team.

“There’s always fantastic camaraderie,” says Dumayne. “No one is left behind (unless they insist on being dropped), and we all support each other through life’s general ups and downs via our messenger group.” 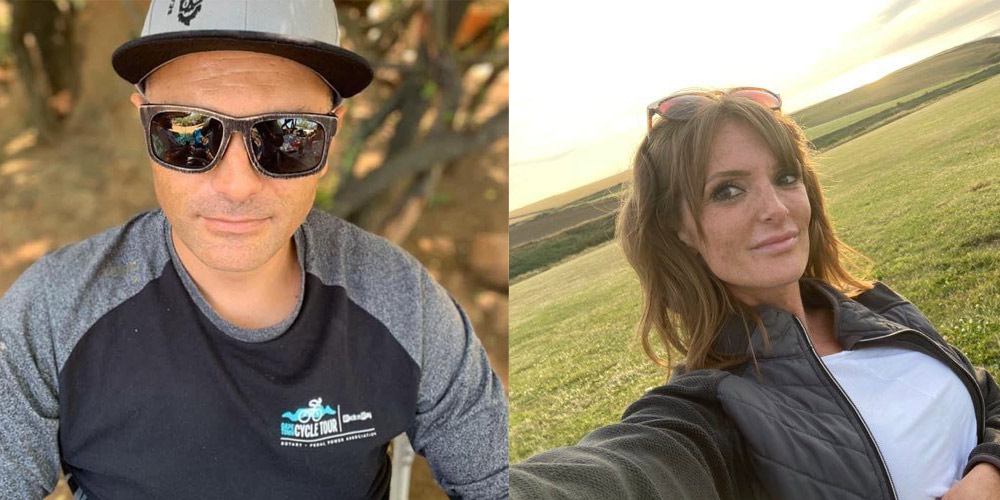 Dumayne first joined Zwift around the start of 2020, when her colleagues persuaded her to buy an indoor trainer and try it out. Knowing how competitive she was, her work friends suggested that she join a group called The Big Ring (TBR) and start to race.

She took some time to learn about race categories, watts per kilogram, how to use ZwiftPower, and more.

“It was a bit overwhelming,” Dumayne says. “However, shortly afterwards a few of the female TBR team reached out and supported me to join a team (for ZRL). They were incredible – so supportive and made me feel like I could take on the world.”

Then she joined the TBR Hardknocks and found more support there.

“I’ve had an amazing experience racing with the guys,” she says. “We have amazing banter, there’s always massive support, and I help them up the hills whilst I draft behind the big boys on the way back down!”

To learn how to lead a team, Ferreira watched the captains of other teams he was on before the Hardknocks. He took note of what helped his teammates and what didn’t. He advises other team captains not to put too much pressure on their teammates to perform at a certain level.

“Everyone has off days and race day might just be one of them for a rider,” he says. “Understand that not everyone has the same time availability all the time. Kindness goes a long way when it comes to intense racing like the ZRL.”

Being team captain does come with its own set of challenges, Ferreira says. He works to make sure his teammates have what they need to race and feels pressure to help them succeed.

“At the end of each race, listening to everyone super hyped about the race makes it all worthwhile and keeps me going,” Ferreira says. “I love to see everyone improve week after week.”

That includes his own improvements, too! When he first started racing ZRL, Ferreira was a D category rider in a C category team, and he just focused on his low finishing position. Then he learned about the sprint and climb points and started training for those. 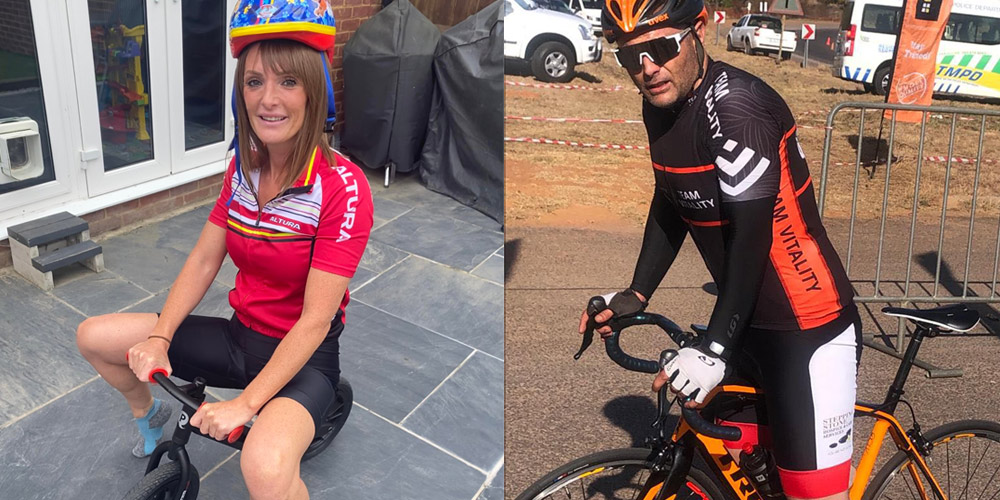 Dumayne and Ferreira ride outside, too

Like Ferreira, Dumayne says ZRL really helped her improve as a rider. Her teammates gave her motivation to get the best out of herself.

“Competing in ZRL gave me teammates that pushed me physically to achieve my goals,” she says. “There were times during a race that I would be struggling – it either wasn’t my day or I was tired from life or other exercise – but they kept me going.”